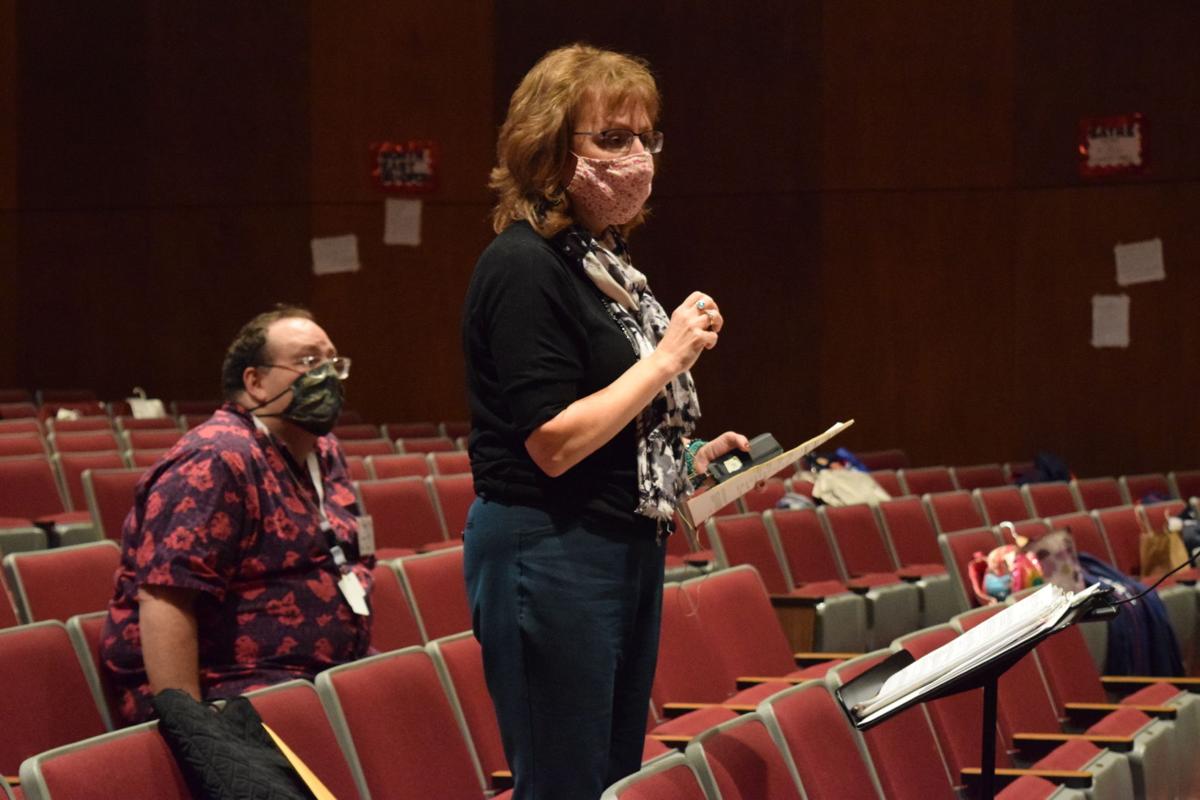 CANTON – “I have one day and a seven o’clock concert tonight,” said Carol Madill, recently retired choral director from Wyalusing.

Madill was asked to be the guest conductor for the 2021 County Chorus Concert that was hosted by the Bradford-Sullivan County Music Educator’s Association. This one-day festival was held in the Nelle Black Westgate Auditorium of Canton Area Jr./Sr. High School at 7 p.m. Tuesday following a full day of rehearsal.

BSCMEA meets once a month to advocate for music programs in the schools. As conductor, Madill selected the music for the program – “Salmo 150,” “Pure Imagination,” “White Winter Hymnal” and “We Are One Voice.”

Madill taught elementary music in Pittsburgh prior to her 35 years in Wyalusing, where she taught General Music, Music Theory, and Advanced Placement Music Theory classes. She also directed choruses in elementary, junior high and senior high school. In 2009, her vocal jazz ensemble “Early Morning Jazz,” was selected to perform at the PMEA conference in Valley Forge.

Randy Frye, director of choirs at Canton Jr./Sr. High, was responsible for communicating with the seven other directors. And then each choral teacher selected eight to 10 students. Frye determined the final selection of participants. Each school choral director was then responsible to prepare the music with his or her students prior to the concert.

“All county schools are well represented in this ensemble,” said Frye.

This is Frye’s first year back in his home area teaching in Canton after seven years teaching in Lawrence, Kansas. He has an undergraduate degree from Indiana University of Pennsylvania and his Masters Degree from Kansas State University.

There are 66 participating students from the eight schools, with three student accompanists – Jason Gao from Athens, Jackson Simpson from Troy and Ethan Lewis from Wyalusing.

Music encompasses so many subjects – science, math, foreign language, history, physical education and most of all art. As the students put their “all” into the performance, the love of music was apparent. According to the directors, the reason they teach music is to give their students “more love, compassion, gentleness, good – in short, more life.”

“What makes this extra special is that this concert didn’t happen last year because of COVID,” said Carol Madill. “You can’t replace that in-person musical experience and being with each other in real time.”