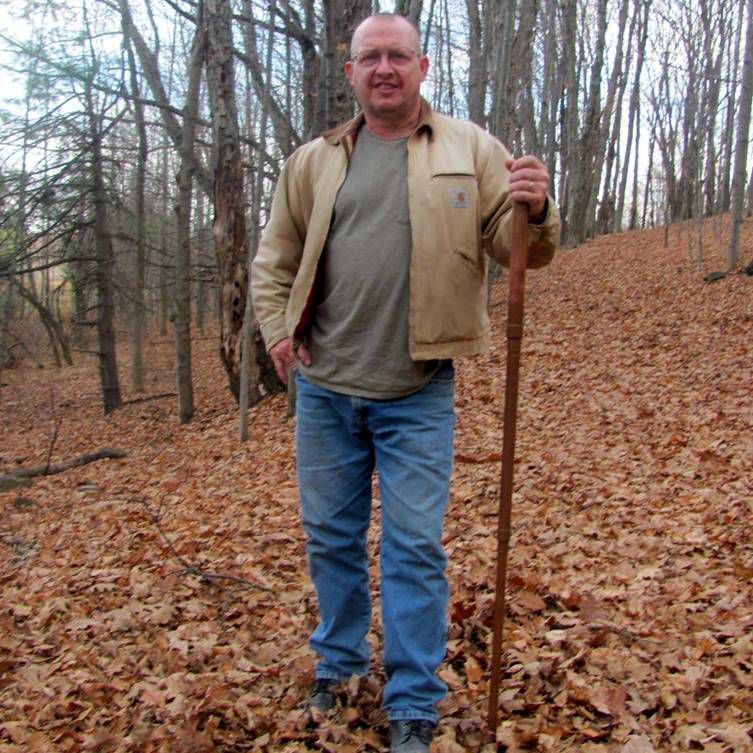 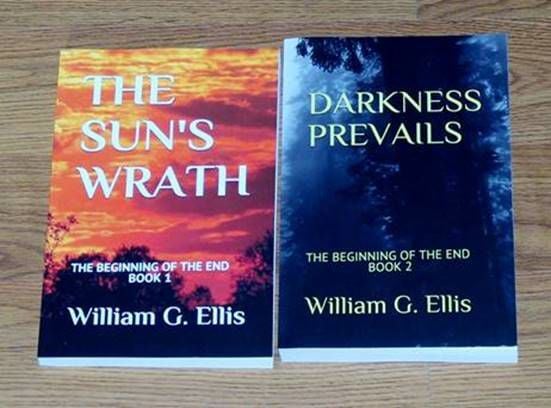 Pictured are first the two books in William Ellis' three-book "Beginning of the End" series.

Pictured are first the two books in William Ellis' three-book "Beginning of the End" series.

WINDHAM TOWNSHIP —Imagine a solar flare hits the earth and knocks out all power, leaving everyone without the conveniences they’ve become used to in order to live.

That’s the premise behind two books Windham Summit resident William G. Ellis has penned as part of a three-book “Beginning of the End” series.

“It’s just day-to-day survival for the family,” Ellis said about his protagonists in “The Sun’s Wrath” and “Darkness Prevails.” “Lives will be lost.”

It is also the theme of a stand-alone book currently in the editing process called “The Day The World Changed Forever.”

Ellis spent 10 years in the U.S. Navy, where he served on different ships and as part of two shore commands in Spain and Newfoundland. After concluding his service with the Navy in 1993, Ellis attended Penn College for HVAC. About 10 months later, he joined the U.S. Army Reserves to earn extra money for college, where he ended up serving for 10-and-a-half years, with the last year-and-a-half in Iraq.

During his time in the military, Ellis said he would write letters home detailing his travels, “and my parents used to always tell me that I ought to write a book.”

A few years back, Ellis started on that first book during the down time he would have while working security for a natural gas company.

“With 12-hour shifts, there were times when things would be so slow. I thought to myself that I need to do something with my time, so then I got out a pad. I just started doing some writing, and I continued with it,” Ellis explained.

He created characters base on the personalities of family and friends, and then the storyline based on his long-time interest in survival preparedness, and was hooked on the process from there.

Like the basis for his characters, “The Sun’s Wrath” and “Darkness Prevails” also draws from local inspiration. The stories largely take place in northeastern Pennsylvania and revolve around a rural family farm.

Although “The Day The World Changed Forever” is similar in the catalyst that kicks off the events of the story, it is centered around two teens in suburban Philadelphia area who lose their father in a plane crash due to the solar flare, have to connect with their mother, and find their way to their grandfather’s farm, all while facing dangers along the way. One of those threats, Ellis said, comes with the release of some dangerous prisoners.

Ellis hopes this book will be released next month.

Ellis said his books aren’t just for entertainment. He hopes his stories can get people thinking and convey simple tips based on real life that they can use to prepare for the worst. This includes the canning that Ellis’ mother did throughout his childhood.

“Growing up, we’d have 52 pint jars of each vegetable,” Ellis remembered.

“It could be anything,” he continued, speaking more about when survival skills could be needed. “It could be an economic collapse. It could be a solar flare, an EMP or a natural disaster.”

When the flood waters swept through Windham Township a few years ago, it left Ellis and his family isolated on their family farm for nearly four days.

“We had no worries because we had everything we needed,” he said.

Looking to the future

In addition to wrapping up “The Day The World Changed Forever,” Ellis said he’s about two chapters into the third book in the “The Beginning of the End” trilogy entitled “Window of Hope: New Beginnings,” and hopes to release in a year or year-and-a-half from now.

“I have people asking when the third one is coming out,” he said.

Reflecting on his foray into the book writing process, Ellis said, “It’s been fun, but it’s been challenging.” Ellis is especially learning a lot through the editing process for “The Day The World Changes Forever,” which is being carried out by a cousin down south who is an English teacher.

Although his father Glen passed away in 2016 and his mother Florence is currently in the later stages of Alzheimer’s disease, Ellis hopes they will be pleased.