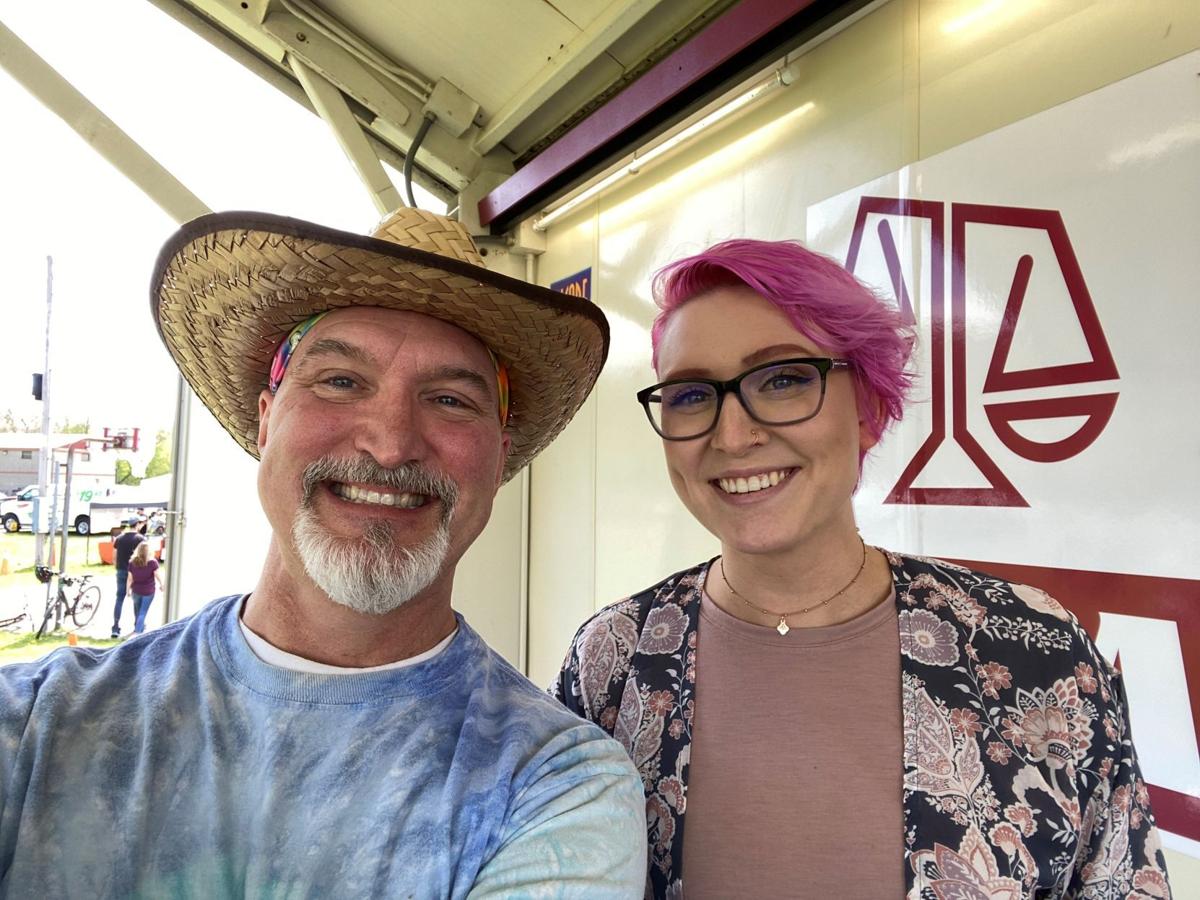 Andy Fagan is pictured with daughter Erin, who he performed with during the recent Valley Arts4All. 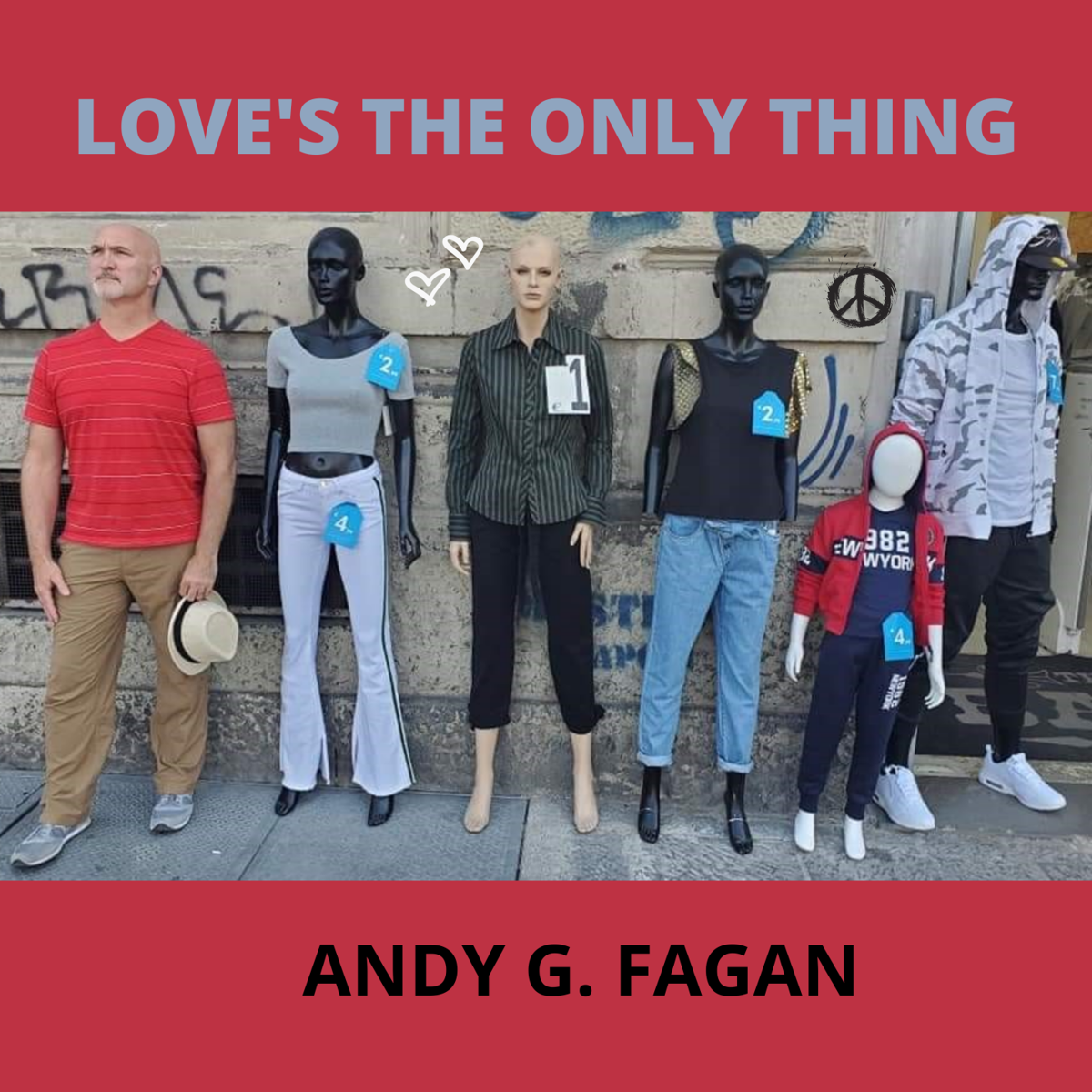 Pictured is the cover art for “Love’s The Only Thing.”

Andy Fagan is pictured with daughter Erin, who he performed with during the recent Valley Arts4All.

Pictured is the cover art for “Love’s The Only Thing.”

Local musician Andy Fagan’s newest album, “Love’s The Only Thing,” is all about love – romantic love, loving one’s self, love between parents and siblings, and love of life in general.

With its distribution on a variety of digital platforms starting this week, he’s especially looking forward to hear what Olivia Newton-John thinks of the new album.

Fagan, a big fan of Newton-John, proposed to his husband in front of her several years back and has become acquainted with her publicist.

“He was going to share it (the album) with Olivia, so I’m anxious to hear what Olivia will say,” Fagan said.

“Love’s The Only Thing,” a mostly acoustic album, is dedicated to Fagan’s father Fred who passed away in October 2018. It’s a collection of songs he’s written over the past 40 years that was recorded during the pandemic, with proper protocols, at the Electric Wilburland Studio in Newfield.

Some of the songs feature backup vocals from his daughter Erin, who he began performing with before the start of the pandemic. Most recently, they performed together at Arts4All.

“It really makes it special and enjoyable,” Fagan said about performing with his daughter.

One of these songs, “Safe Harbor,” was written after Fagan was moved by a woman who spoke about being a victim of child sexual abuse in Elmira. The other, “Roulette Wheel,” was inspired by the pandemic and what everyone has been going through.

“After I started recording the album I got COVID, and then I had a heart attack in February, so this song has a lot of meaning for me,” he said.

Two of the songs, “Good Father” and “Smile (Through Thick ’n Thin)” were written for his father, who had supported his singing while growing up and working on a farm in Perth, New York.

Fagan said he began writing songs at the age of 14 through a love of listening to the radio. However, while working on the farm, he couldn’t have radio next to him.

“I had trouble remembering the words of the songs so I just started making up my own,” he said. “I always say my first and probably best audience were the calves and heifers because they were tied up and couldn’t get away. Luckily, the heifer barn was away from the other barn. I felt safe enough to sing and, thankfully, my dad was supportive. He never made fun of my singing. My siblings did, but my dad never did.”

Fagan began working on his first album following the flood of 2011.

Fagan largely classifies his third album as contemporary folk or americana, but said it fits in with country, soft rock, and easy listening as well.

“And even my husband will say, ‘Is this a Christian album?’ because in a few songs I mention God,” said Fagan. “It’s really meant to be easy listening, positive, with songs about life. It’s really a throwback to the 70s … and I think it’s something we really need more of. I had a friend Eileen listen to a number of the songs and she said, ‘Andy, your songs give people hope and that’s what people need to hear.’”

Fagan is currently booking performances to support the album, and said he has at least two more albums worth of material he hopes to record in the future.

For information about future bookings and his music, check out his Andy G. Fagan Music page on Facebook.

Fireworks are a staple of the Fourth of July, but they're also becoming a staple of summer nights in some communities. With that, we want to get your thoughts about hearing fireworks somewhat regularly during the warmer months.