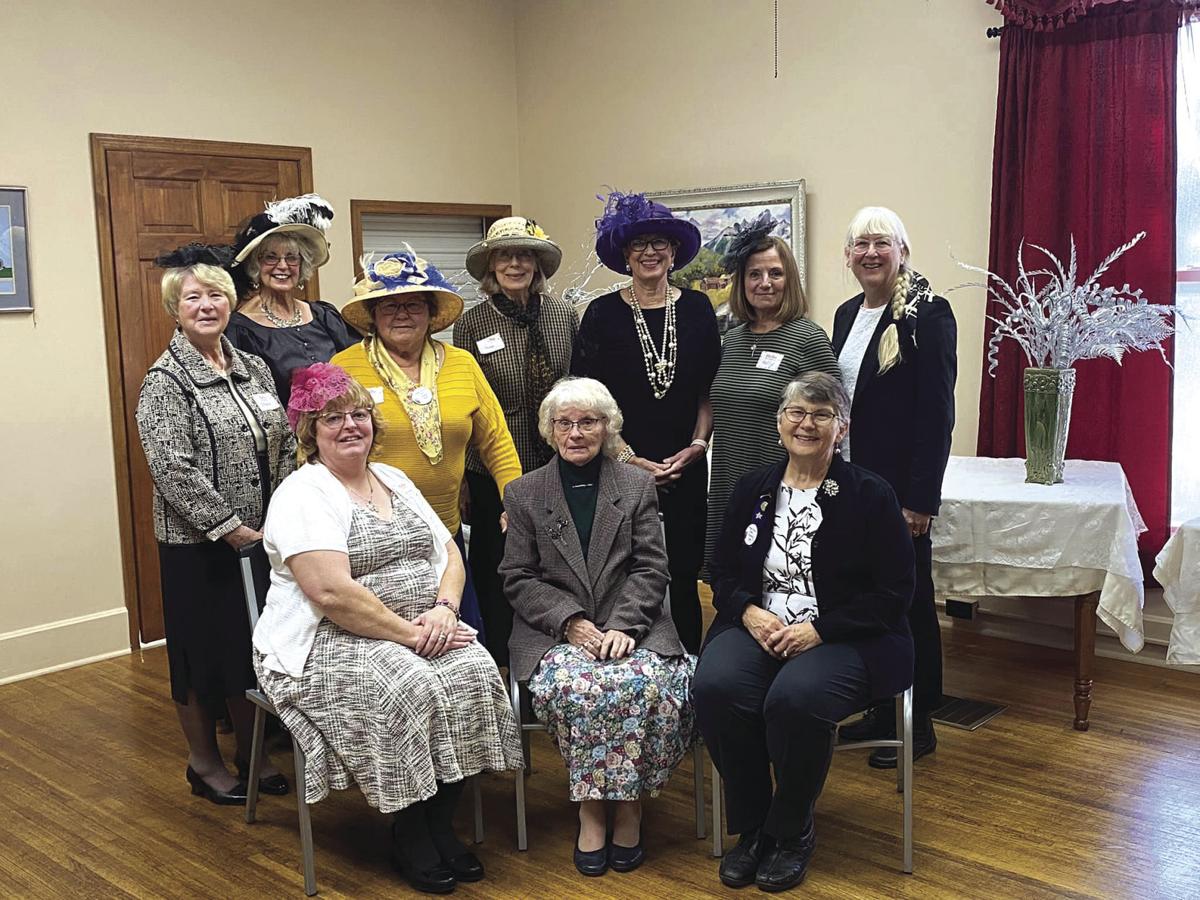 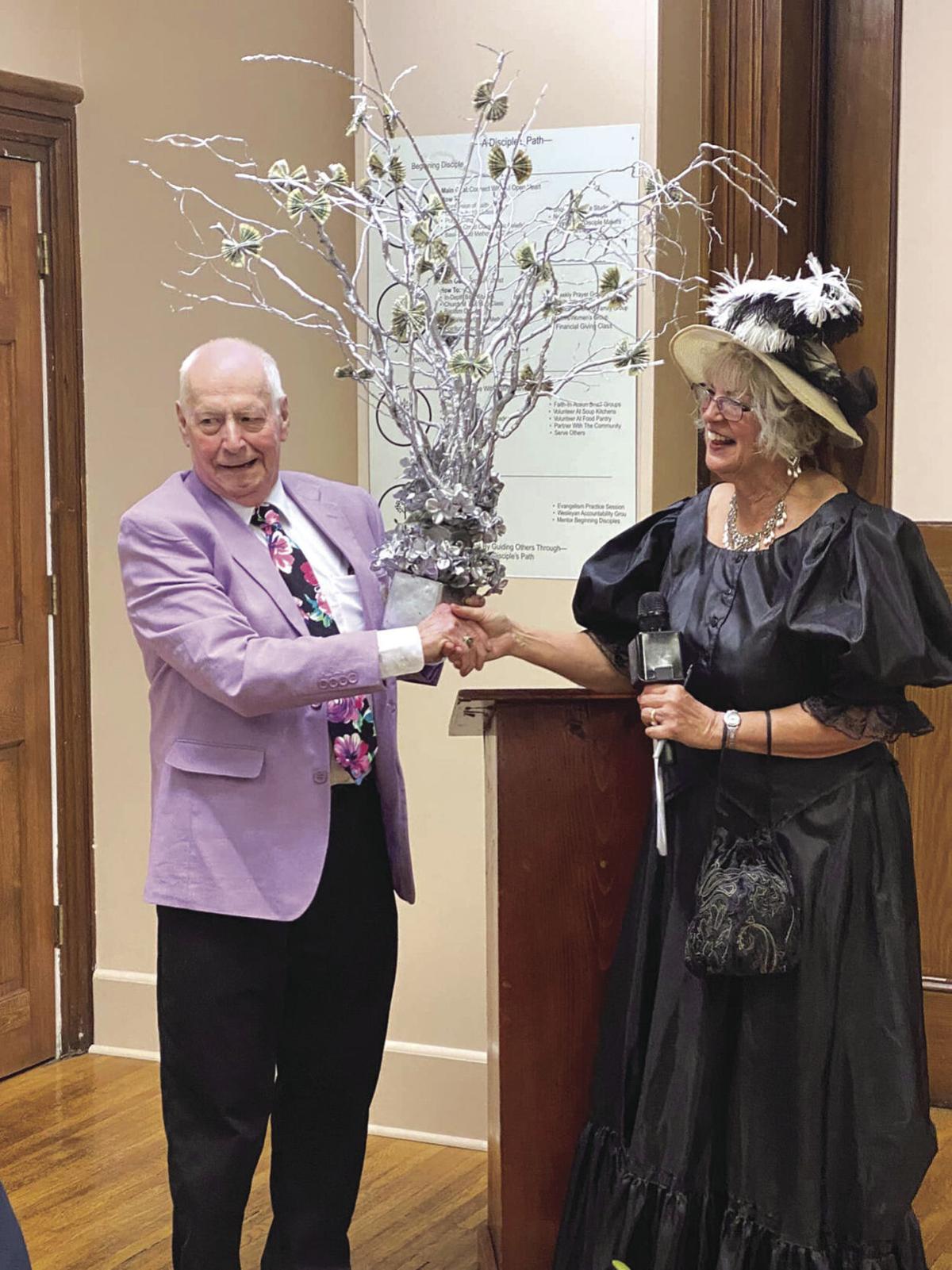 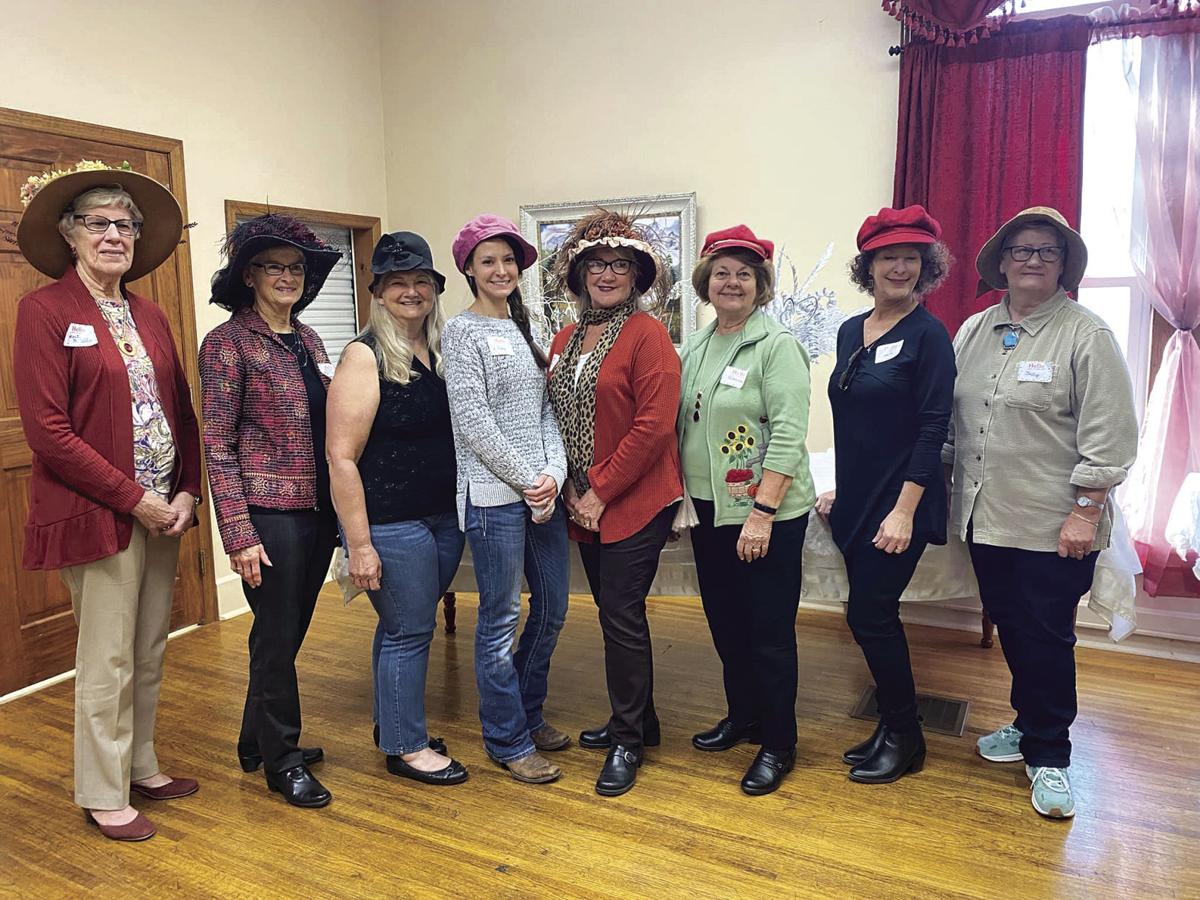 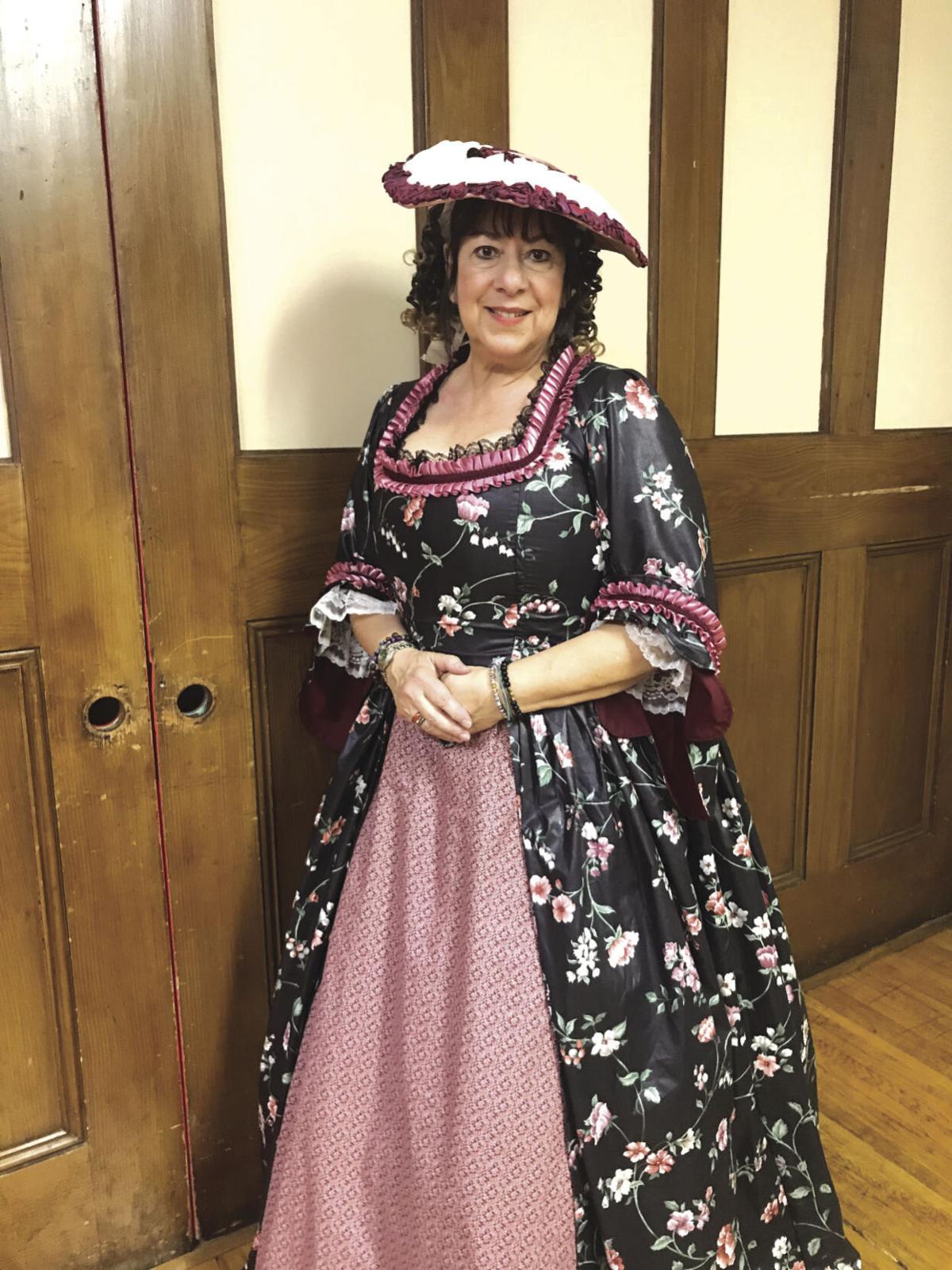 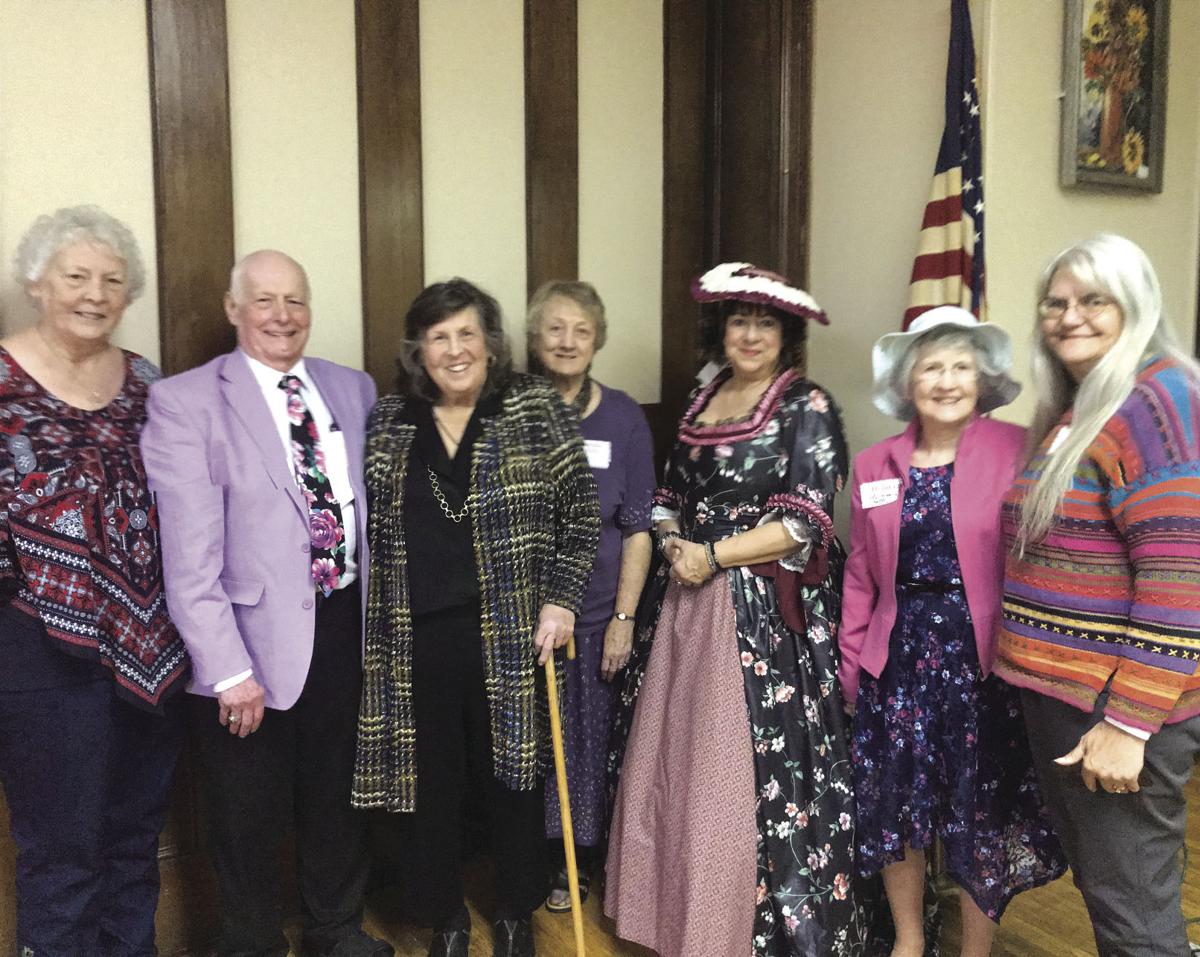 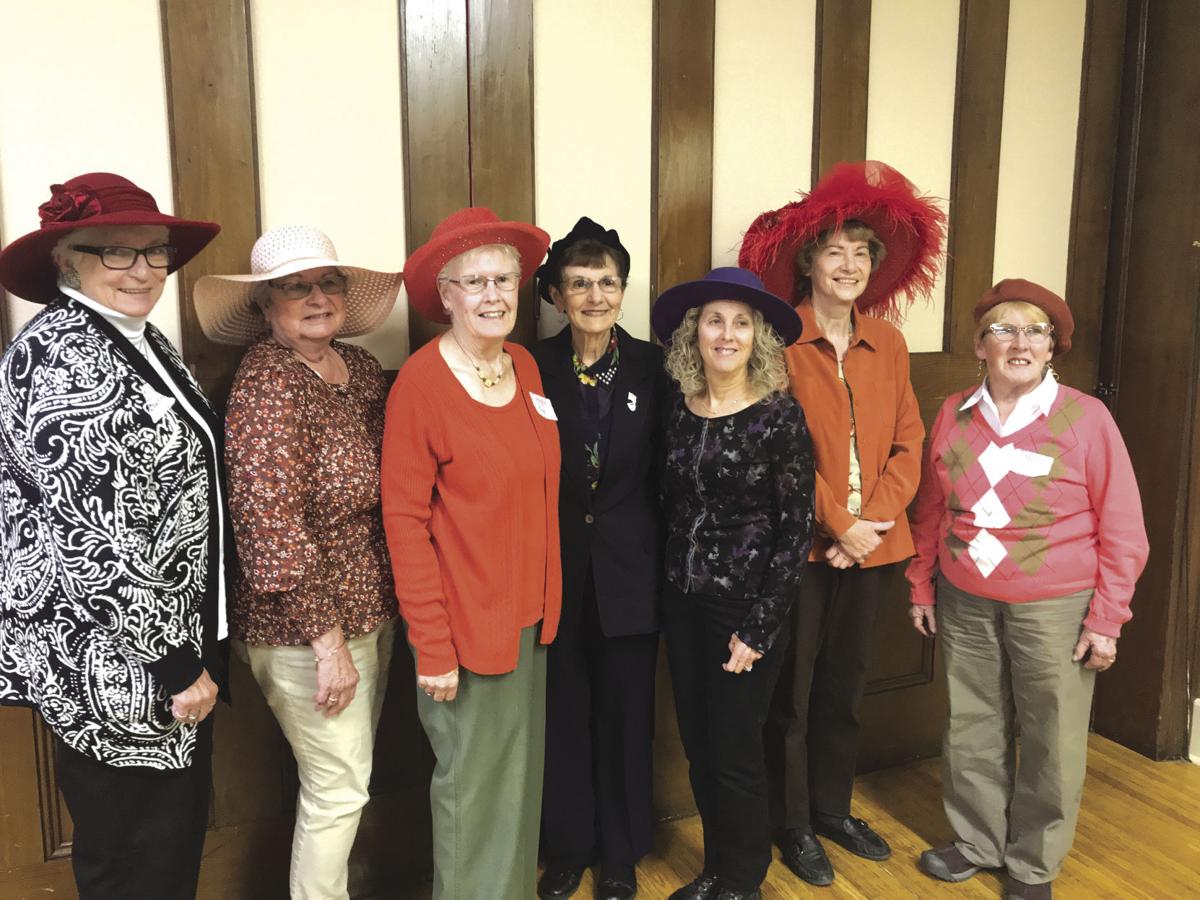 The Heritage Garden Club celebrated its 25th Anniversay on Nov. 1 at the Holy Trinity Methodist Church in Troy.

The festive occasion was also attended by members of the Canton, Mansfield, and Towanda garden clubs. Many of the ladies completed their attire by donning beautiful hats.

Each lace-covered table featured a teapot centerpiece topped by a tea cup filled with a variety of succulents. A mixed assortment of tea cups were used for the tea service. Guests were offered their choice of cheesecake or chocolate torte which were created by master chef Adam Hall, the husband of member Caroline Hall.

The featured speaker was Deborah Courville, author and board member of the French Azilum and The Oldest House, who gave a talk about French garden design.

Founding member Carol Ulmer was honored with a beautiful bouquet of roses. Carol reminisced about the early beginnings of the club. Shirley Merloe made a visit to Carol's antique shop and told her she wanted to start a garden club. Carol thought that was a great idea and said that she looked forward to attending the meeting. Since that first encounter, the club has grown and been involved in many beautification and educational projects in the Troy area.

The anniversary tea ended with a raffle of various items, which included the centerpieces.

The Heritage Garden Club is thankful to all who helped to make the event memorable.

Heritage Garden Club is a member of National Garden Clubs, Inc. New members are always welcome. For more information on how to become a member, please call Barb Andrus at (570) 297-3043.