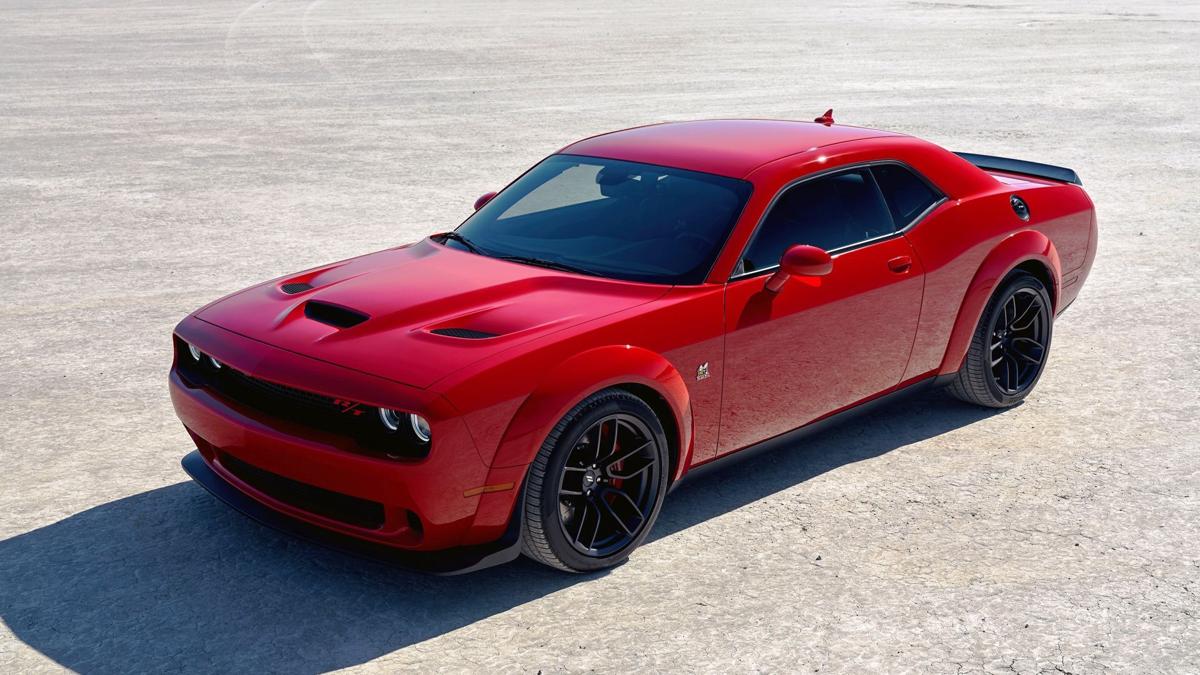 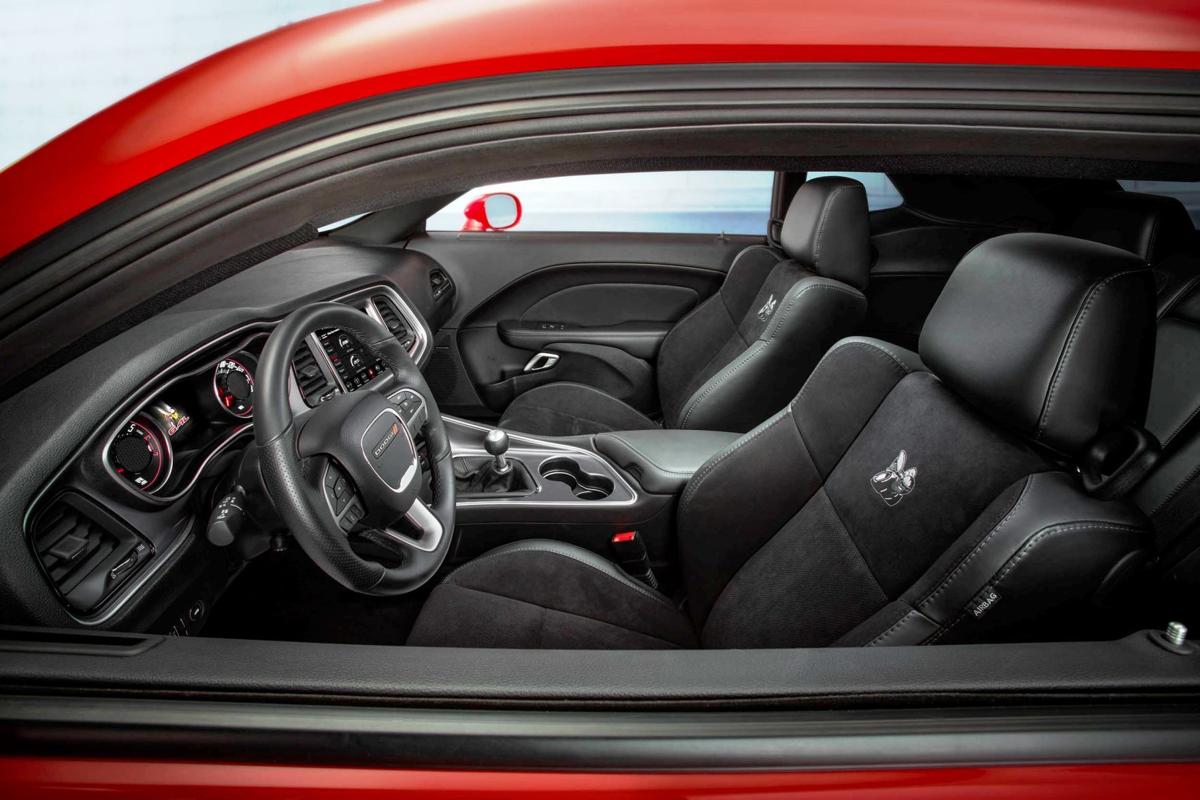 This week, we’re driving the 2020 Dodge Challenger RT, a Scat Pack 392 Hemi powered version with 485 horses under the hood. Unlike the muscle cars of the 1960s, these modern day muscle cars arrive off the assembly line fitted with traction hungry tires big enough to handle the power, high tech suspensions that result in good handling and the best in braking technology when the slow pedal is depressed.

The original Challengers, meanwhile, roamed only for five years from 1970 to 1974 during the final years of the muscle car phenomenon. Back then, you were either a Ford, GM, AMC or MOPAR fan, the latter “MOPAR” nomenclature standing for “Motor Parts” before evolving into slang for anything produced by Chrysler/Plymouth/Dodge. In addition to the big three of Mustang, Camaro and Challenger, other notable Pony Cars of the past include Pontiac Firebird, Plymouth Barracuda and AMC Javelin/AMX.

However, when it comes to exterior looks, the current day Challenger more so than the two other American “pony car” brands Ford Mustang and Chevrolet Camaro, is closer in style to those that cruised the nation’s boulevards in the early 1970s. And to better define pony car, it is an American-built automobile inspired by the Ford Mustang in 1964 as a smaller, sporty two-door coupe with a long hood and short rear deck. Following its 2008 re-introduction, the Dodge Challenger has been a popular choice with both those looking for an AWD, V6 powered motif or a Challenger Hellcat that puts out over 700-horsepower.

Challengers for 2020 come in eight models and 13 distinct forms of livery, from the V6 powered rear and AWD SXT and GT models (starting at $28,095) to a screaming, 797-horsepower 392 supercharged Hemi Hellcat Redeye Widebody at $78,695. In between are R/T 5.7 Hemis and a host of Scat Pack R/Ts that usher in the 392 Hemi in either naturally aspirated fuel injection or those Hellcat models that are supercharged. Pricing is very good, as our 392 Scat Pack R/T carried a base price of just $38,995 for a 485 horse machine. Two supercharged Hellcat 392s are available, including the high output 797 horse version or a “tamer” 717 horse design.

Muscle car enthusiasts will quickly note the use of many of the paint designs, striping, colors and nomenclature Dodge and Plymouth utilized with its performance cars from 1967 through 1974. Included are shaker hood intakes, Super Bee style Scat Pack logos, Hemi badges and more. Your dealer will explain all models when you visit, including up to a $7,900 price incentive if you buy a Hellcat Redeye right now. Models, prices and trims will be similar for 2021.

So how fast are these 392 Scat Packs? For starters, our 392 fuel injected model will travel the quarter-mile in about 11.7 seconds at 115 mph thanks to its 485 ponies and 475 lb. ft. of torque. Assisting along the way are features drag racers know well as standard equipment from a front line lock to allow for heating up the rear tires, an impressive launch control assist that the driver can adjust as to RPM. There’s also a shift light available when you utilize the manual mode/paddle shifter selection of the superb 8-speed TorqueFlite (automatic is $1,595 more), or, if wanted, a standard Tremec 6-speed manual transmission. If you choose the recommended automatic, you’ll do better in MPG estimates by one in the city at 15 and two on the highway at 25.  The Hellcats will do the quarter-mile in the 10.5 to 10.8 second range with drag radial tires, so make sure trips to your local drag strip are on your weekly “things to do” menu. Just don’t give your 16-year old kid the key FOB under any circumstances.

Surprisingly, even with its firm suspension our Scat Pack R/T tester was also a comfortable highway cruiser, and can be used as a family car if necessary thanks to its “Jekyll and Hyde” personality. I gave a ride to my neighbors, a husband and wife team, who both liked what the Scat Pack had to offer. The Mrs. noted the good ride and more room in the back for adults than a Mustang or Camaro, while the hubby couldn’t get over the ultra performance attributes and numerous drag race settings available. If you need more room than the Challenger, check out the 4-door Dodge Charger R/T Scat Pack Widebody with identical drivetrain offerings.

A $2,095 Plus Package adds Nappa Alcantara ventilated front seats with Scat Pack logos, premium stitched dash and door panels, power tilt and telescopic steering, and ambient lighting. The dash layout is all high performance MOPAR while gauges are sporty and visually pleasing. Add heated front power seats and a standard 6-six-speaker stereo with a full year of SiriusXM with Android and Apple compatibility and you’re ready for some serious cruising.

Overall, the Dodge Challenger is an outstanding example of what a modern day muscle car should be, and none of the other competitors can touch the Hellcat version for pure horsepower…except sibling Dodge Charger.