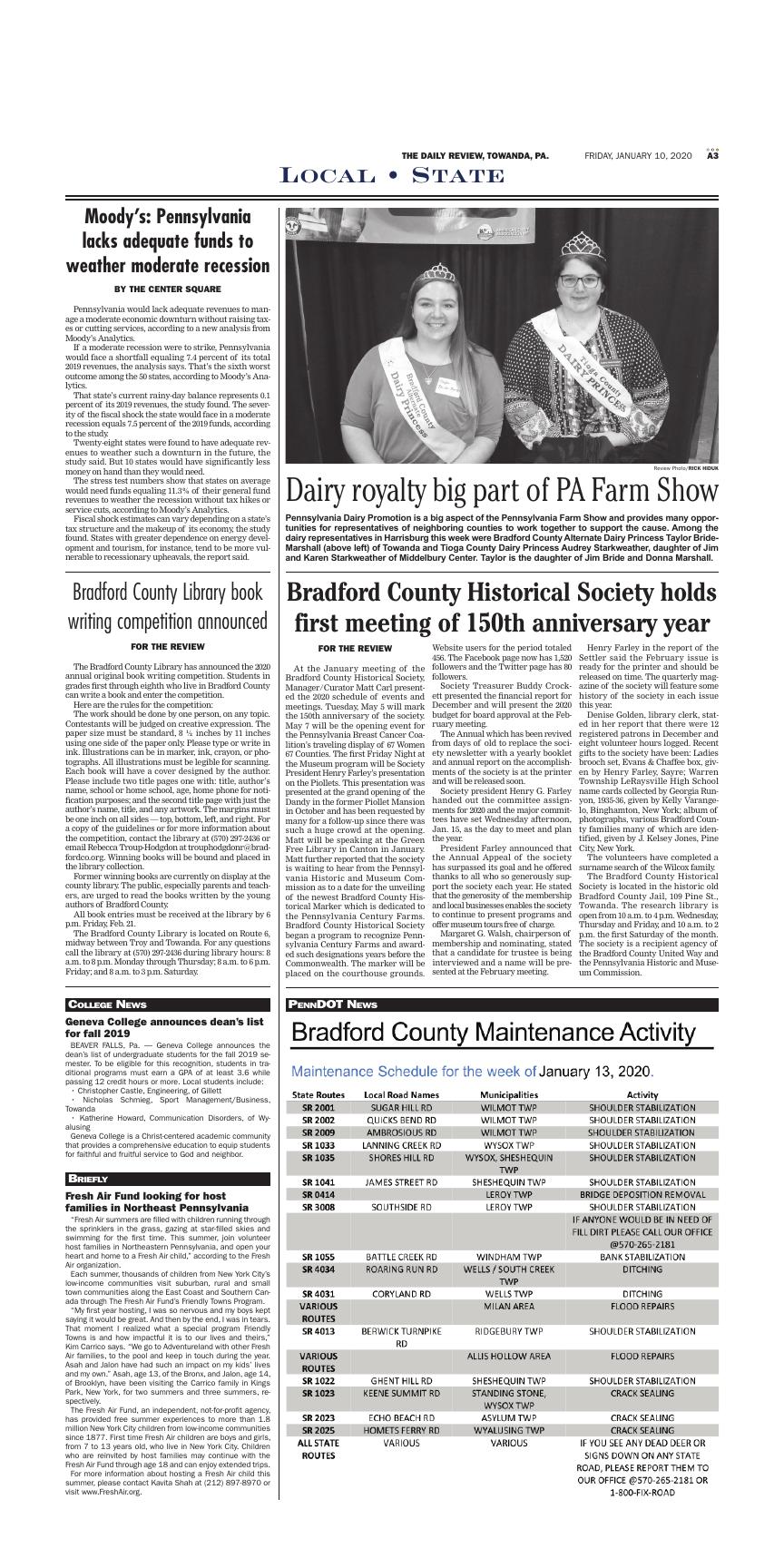 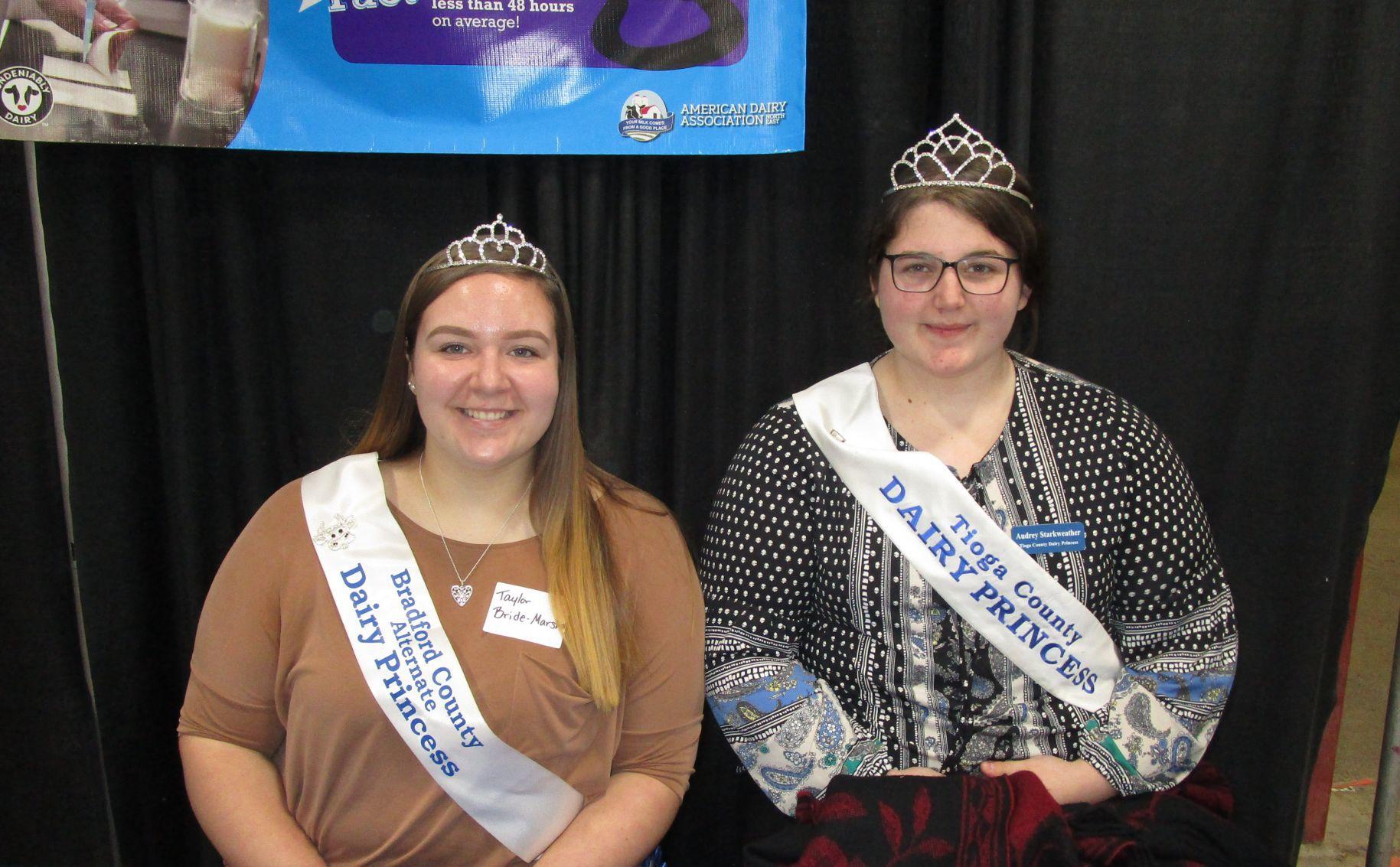 Pennsylvania Dairy Promotion is a big aspect of the Pennsylvania Farm Show and provides many opportunities for representatives of neighboring counties to work together to support the cause. Among the dairy representatives in Harrisburg this week were Bradford County Alternate Dairy Princess Taylor Bride-Marshall (above left) of Towanda and Tioga County Dairy Princess Audrey Starkweather, daughter of Jim and Karen Starkweather of Middelbury Center. Taylor is the daughter of Jim Bride and Donna Marshall.

Pennsylvania would lack adequate revenues to manage a moderate economic downturn without raising taxes or cutting services, according to a new analysis from Moody’s Analytics.

If a moderate recession were to strike, Pennsylvania would face a shortfall equaling 7.4 percent of its total 2019 revenues, the analysis says. That’s the sixth worst outcome among the 50 states, according to Moody’s Analytics.

That state’s current rainy-day balance represents 0.1 percent of its 2019 revenues, the study found. The severity of the fiscal shock the state would face in a moderate recession equals 7.5 percent of the 2019 funds, according to the study.

Twenty-eight states were found to have adequate revenues to weather such a downturn in the future, the study said. But 10 states would have significantly less money on hand than they would need.

The stress test numbers show that states on average would need funds equaling 11.3% of their general fund revenues to weather the recession without tax hikes or service cuts, according to Moody’s Analytics.

Fiscal shock estimates can vary depending on a state’s tax structure and the makeup of its economy, the study found. States with greater dependence on energy development and tourism, for instance, tend to be more vulnerable to recessionary upheavals, the report said. 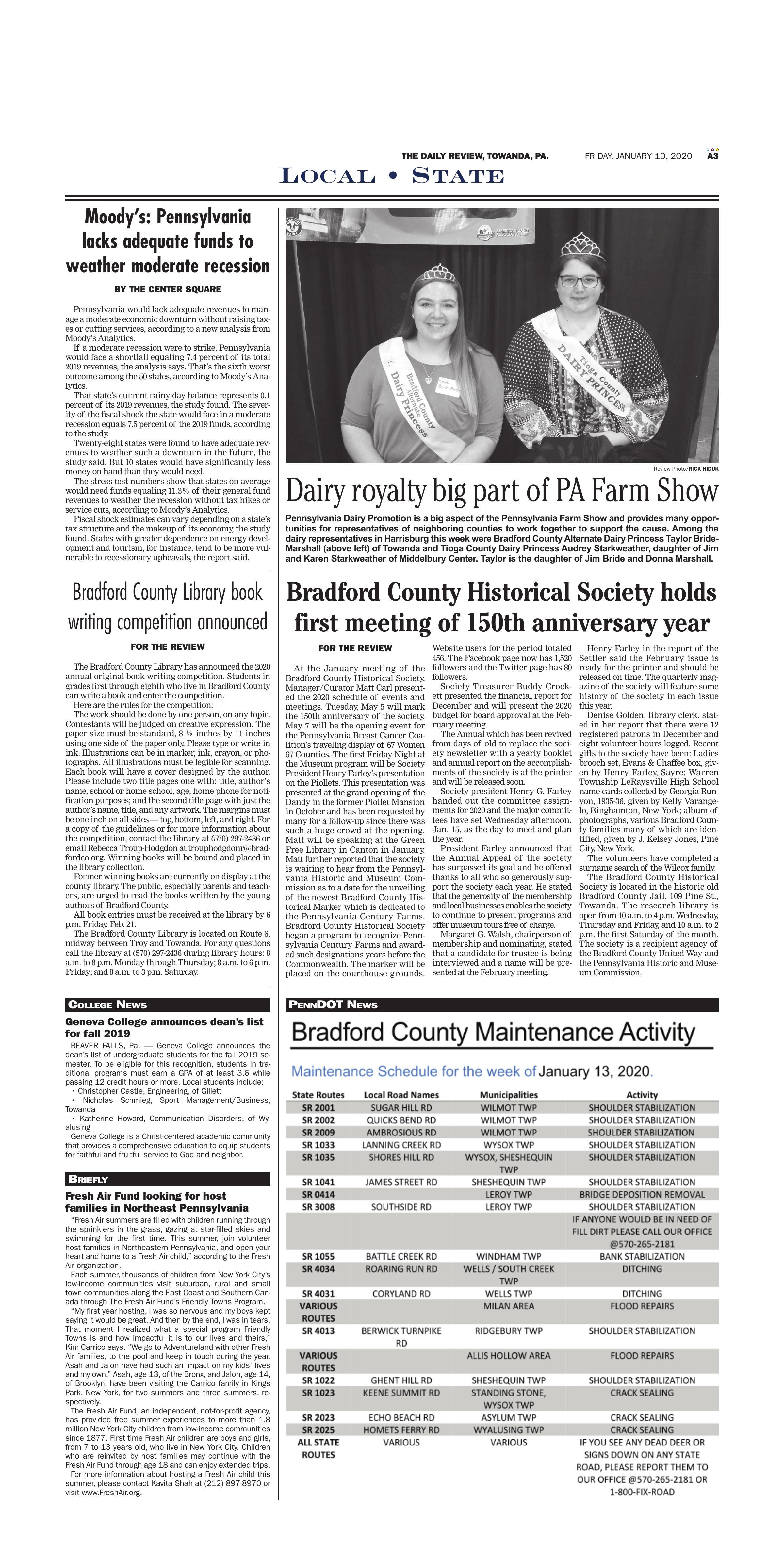