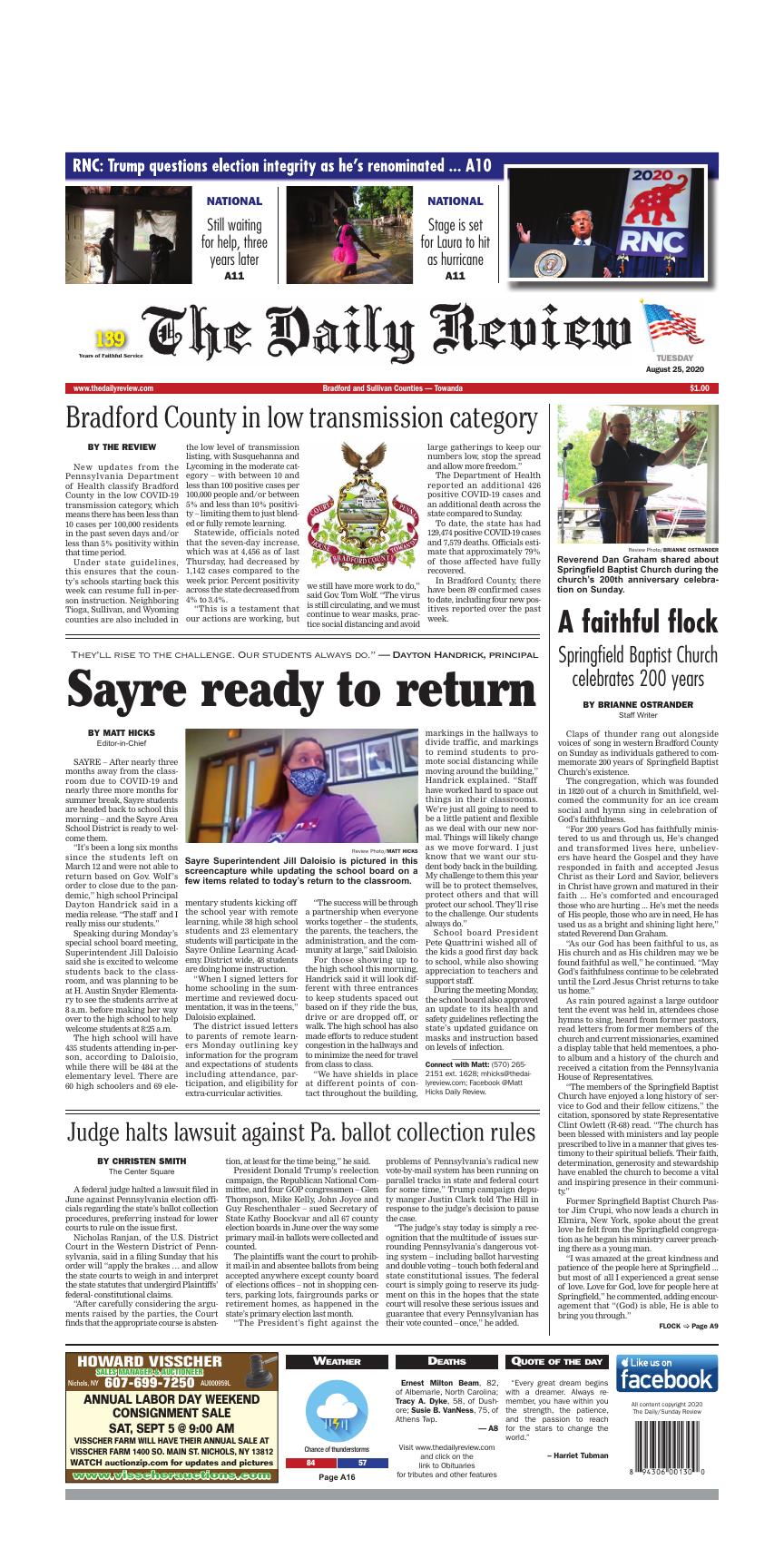 New updates from the Pennsylvania Department of Health classify Bradford County in the low COVID-19 transmission category, which means there has been less than 10 cases per 100,000 residents in the past seven days and/or less than 5% positivity within that time period.

Under state guidelines, this ensures that the county’s schools starting back this week can resume full in-person instruction. Neighboring Tioga, Sullivan, and Wyoming counties are also included in the low level of transmission listing, with Susquehanna and Lycoming in the moderate category – with between 10 and less than 100 positive cases per 100,000 people and/or between 5% and less than 10% positivity – limiting them to just blended or fully remote learning.

Statewide, officials noted that the seven-day increase, which was at 4,456 as of last Thursday, had decreased by 1,142 cases compared to the week prior. Percent positivity across the state decreased from 4% to 3.4%.

“This is a testament that our actions are working, but we still have more work to do,” said Gov. Tom Wolf. “The virus is still circulating, and we must continue to wear masks, practice social distancing and avoid large gatherings to keep our numbers low, stop the spread and allow more freedom.”

To date, the state has had 129,474 positive COVID-19 cases and 7,579 deaths. Officials estimate that approximately 79% of those affected have fully recovered.

In Bradford County, there have been 89 confirmed cases to date, including four new positives reported over the past week.

Sayre Superintendent Jill Daloisio is pictured in this screencapture while updating the school board on a few items related to today’s return to the classroom.

SAYRE – After nearly three months away from the classroom due to COVID-19 and nearly three more months for summer break, Sayre students are headed back to school this morning – and the Sayre Area School District is ready to welcome them.

“It’s been a long six months since the students left on March 12 and were not able to return based on Gov. Wolf’s order to close due to the pandemic,” high school Principal Dayton Handrick said in a media release. “The staff and I really miss our students.”

Speaking during Monday’s special school board meeting, Superintendent Jill Daloisio said she is excited to welcome students back to the classroom, and was planning to be at H. Austin Snyder Elementary to see the students arrive at 8 a.m. before making her way over to the high school to help welcome students at 8:25 a.m.

“When I signed letters for home schooling in the summertime and reviewed documentation, it was in the teens,” Daloisio explained.

The district issued letters to parents of remote learners Monday outlining key information for the program and expectations of students including attendance, participation, and eligibility for extra-curricular activities.

“The success will be through a partnership when everyone works together – the students, the parents, the teachers, the administration, and the community at large,” said Daloisio.

For those showing up to the high school this morning, Handrick said it will look different with three entrances to keep students spaced out based on if they ride the bus, drive or are dropped off, or walk. The high school has also made efforts to reduce student congestion in the hallways and to minimize the need for travel from class to class.

“We have shields in place at different points of contact throughout the building, markings in the hallways to divide traffic, and markings to remind students to promote social distancing while moving around the building,” Handrick explained. “Staff have worked hard to space out things in their classrooms. We’re just all going to need to be a little patient and flexible as we deal with our new normal. Things will likely change as we move forward. I just know that we want our student body back in the building. My challenge to them this year will be to protect themselves, protect others and that will protect our school. They’ll rise to the challenge. Our students always do.”

School board President Pete Quattrini wished all of the kids a good first day back to school, while also showing appreciation to teachers and support staff.

During the meeting Monday, the school board also approved an update to its health and safety guidelines reflecting the state’s updated guidance on masks and instruction based on levels of infection.

A federal judge halted a lawsuit filed in June against Pennsylvania election officials regarding the state’s ballot collection procedures, preferring instead for lower courts to rule on the issue first.

Nicholas Ranjan, of the U.S. District Court in the Western District of Pennsylvania, said in a filing Sunday that his order will “apply the brakes … and allow the state courts to weigh in and interpret the state statutes that undergird Plaintiffs’ federal- constitutional claims.

“After carefully considering the arguments raised by the parties, the Court finds that the appropriate course is abstention, at least for the time being,” he said.

The plaintiffs want the court to prohibit mail-in and absentee ballots from being accepted anywhere except county board of elections offices – not in shopping centers, parking lots, fairgrounds parks or retirement homes, as happened in the state’s primary election last month.

“The President’s fight against the problems of Pennsylvania’s radical new vote-by-mail system has been running on parallel tracks in state and federal court for some time,” Trump campaign deputy manger Justin Clark told The Hill in response to the judge’s decision to pause the case.

“The judge’s stay today is simply a recognition that the multitude of issues surrounding Pennsylvania’s dangerous voting system – including ballot harvesting and double voting – touch both federal and state constitutional issues. The federal court is simply going to reserve its judgment on this in the hopes that the state court will resolve these serious issues and guarantee that every Pennsylvanian has their vote counted – once,” he added. 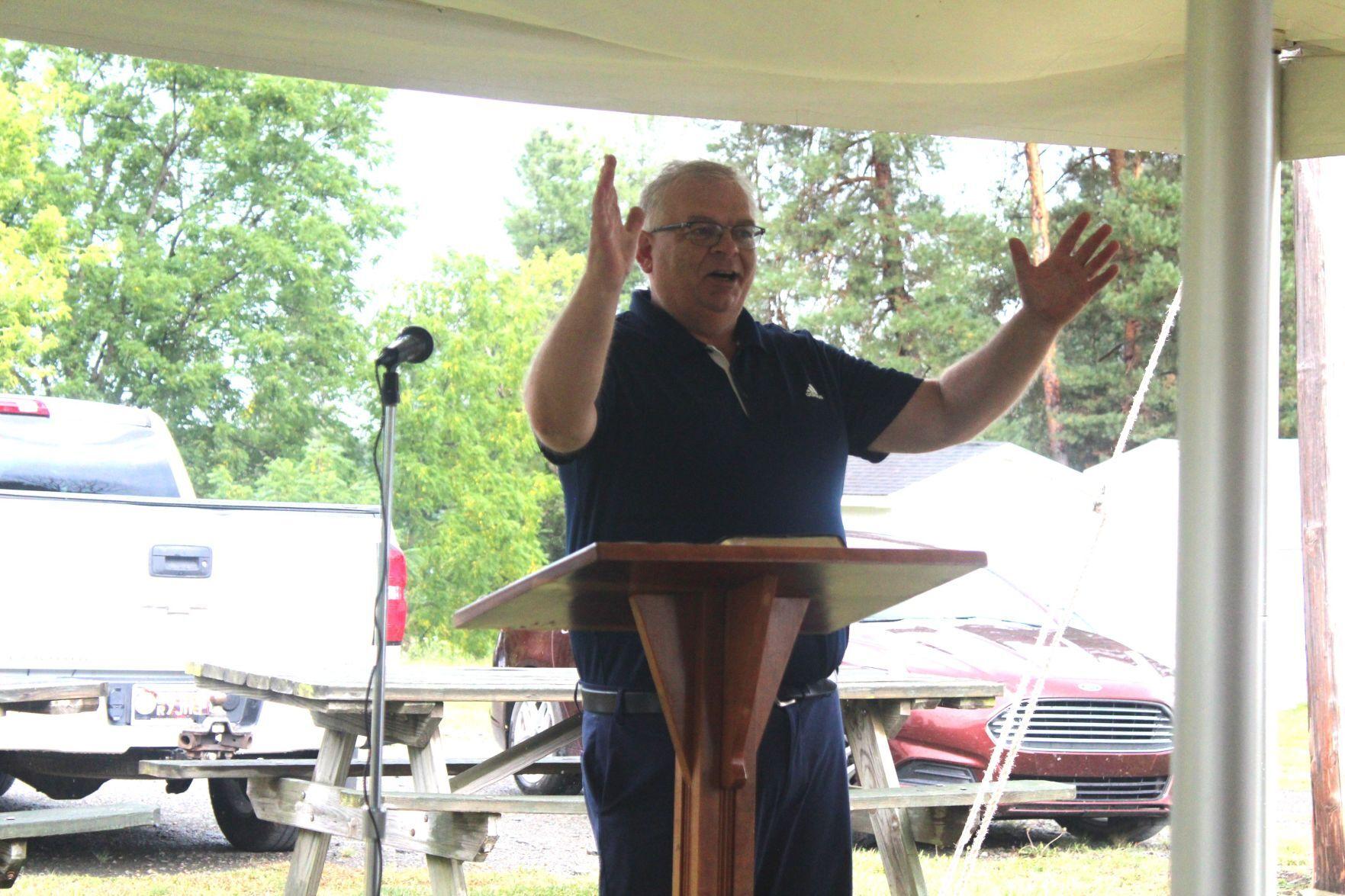 Claps of thunder rang out alongside voices of song in western Bradford County on Sunday as individuals gathered to commemorate 200 years of Springfield Baptist Church’s existence.

The congregation, which was founded in 1820 out of a church in Smithfield, welcomed the community for an ice cream social and hymn sing in celebration of God’s faithfulness.

“For 200 years God has faithfully ministered to us and through us, He’s changed and transformed lives here, unbelievers have heard the Gospel and they have responded in faith and accepted Jesus Christ as their Lord and Savior, believers in Christ have grown and matured in their faith ... He’s comforted and encouraged those who are hurting ... He’s met the needs of His people, those who are in need, He has used us as a bright and shining light here,” stated Reverend Dan Graham.

“As our God has been faithful to us, as His church and as His children may we be found faithful as well,” he continued. “May God’s faithfulness continue to be celebrated until the Lord Jesus Christ returns to take us home.”

As rain poured against a large outdoor tent the event was held in, attendees chose hymns to sing, heard from former pastors, read letters from former members of the church and current missionaries, examined a display table that held mementoes, a photo album and a history of the church and received a citation from the Pennsylvania House of Representatives.

“The members of the Springfield Baptist Church have enjoyed a long history of service to God and their fellow citizens,” the citation, sponsored by state Representative Clint Owlett (R-68) read. “The church has been blessed with ministers and lay people prescribed to live in a manner that gives testimony to their spiritual beliefs. Their faith, determination, generosity and stewardship have enabled the church to become a vital and inspiring presence in their community.”

Former Springfield Baptist Church Pastor Jim Crupi, who now leads a church in Elmira, New York, spoke about the great love he felt from the Springfield congregation as he began his ministry career preaching there as a young man.

Graham echoed Crupi’s sentiments, sharing about his own beginnings as a pastor who began preaching at Smithfield soon after graduating from seminary.

Graham told of how he and his wife immediately noticed the friendliness of the congregation and the great care they held for God and each other — a characteristic he continues to admire in the group today.

“People here truly love one another and they truly care about one another ... when you people sing you got power and I know where it comes from, it’s because of your love for the Lord and when you worship, you worship Him,” he said.

Graham also directed the congregation to look to the future and stated that his hope is that in after another 200 years, members of the Springfield Baptist Church will still be thriving, praising God for His faithfulness and that of the members that have gone before them. 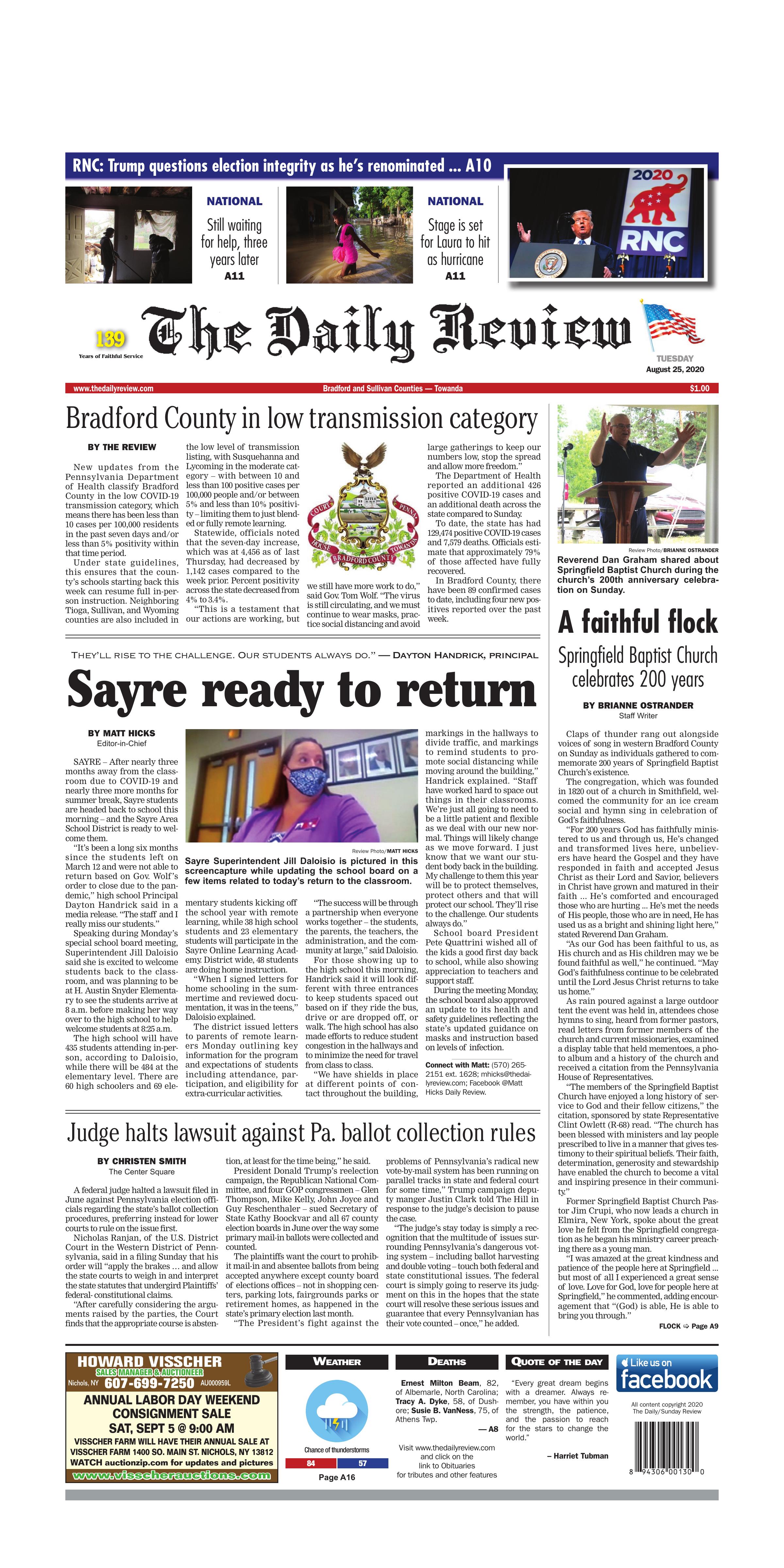