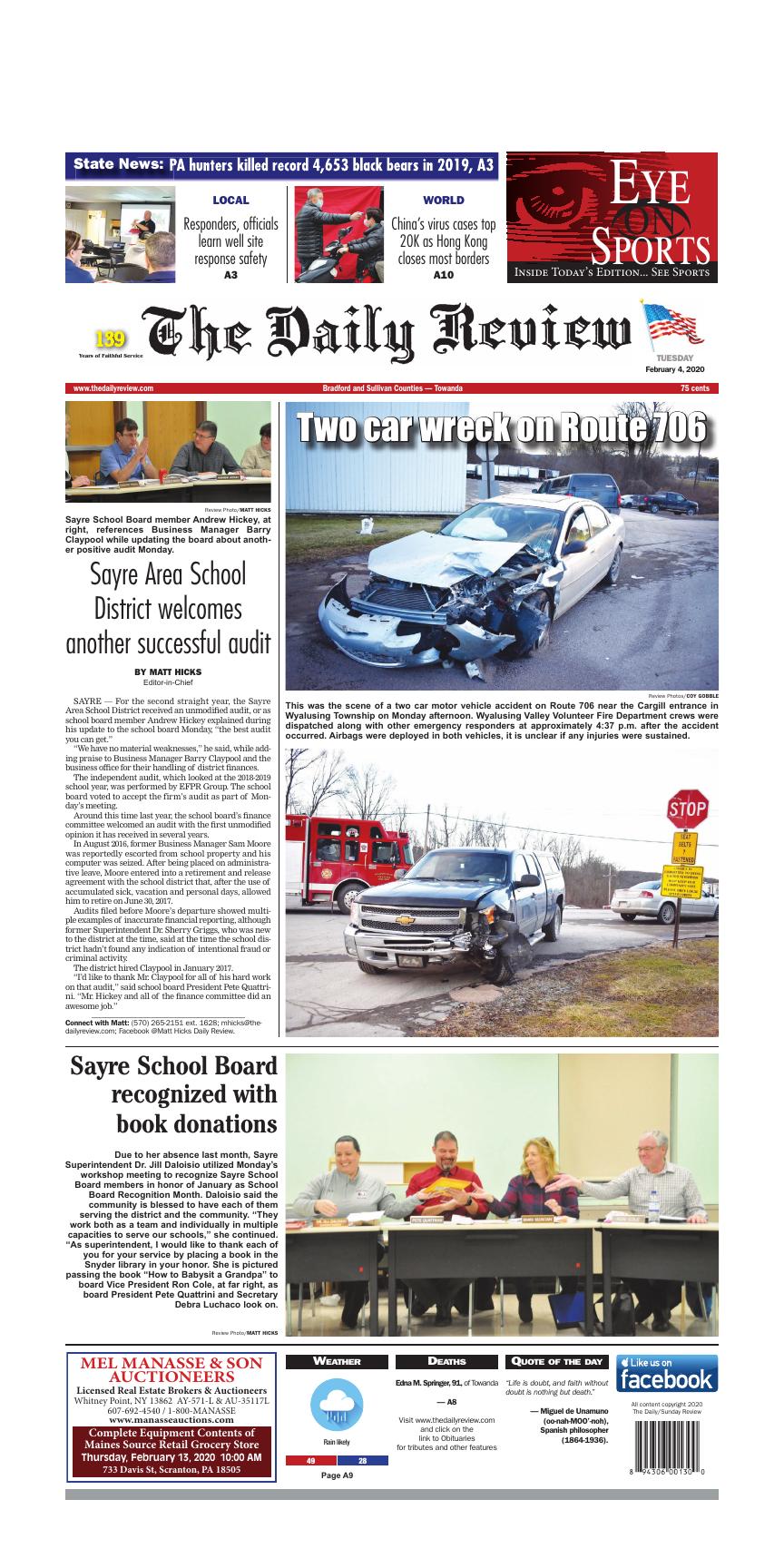 Sayre School Board member Andrew Hickey, at right, references Business Manager Barry Claypool while updating the board about another positive audit Monday.

SAYRE — For the second straight year, the Sayre Area School District received an unmodified audit, or as school board member Andrew Hickey explained during his update to the school board Monday, “the best audit you can get.”

“We have no material weaknesses,” he said, while adding praise to Business Manager Barry Claypool and the business office for their handling of district finances.

The independent audit, which looked at the 2018-2019 school year, was performed by EFPR Group. The school board voted to accept the firm’s audit as part of Monday’s meeting.

Around this time last year, the school board’s finance committee welcomed an audit with the first unmodified opinion it has received in several years.

In August 2016, former Business Manager Sam Moore was reportedly escorted from school property and his computer was seized. After being placed on administrative leave, Moore entered into a retirement and release agreement with the school district that, after the use of accumulated sick, vacation and personal days, allowed him to retire on June 30, 2017.

Audits filed before Moore’s departure showed multiple examples of inaccurate financial reporting, although former Superintendent Dr. Sherry Griggs, who was new to the district at the time, said at the time the school district hadn’t found any indication of intentional fraud or criminal activity.

The district hired Claypool in January 2017.

“I’d like to thank Mr. Claypool for all of his hard work on that audit,” said school board President Pete Quattrini. “Mr. Hickey and all of the finance committee did an awesome job.” 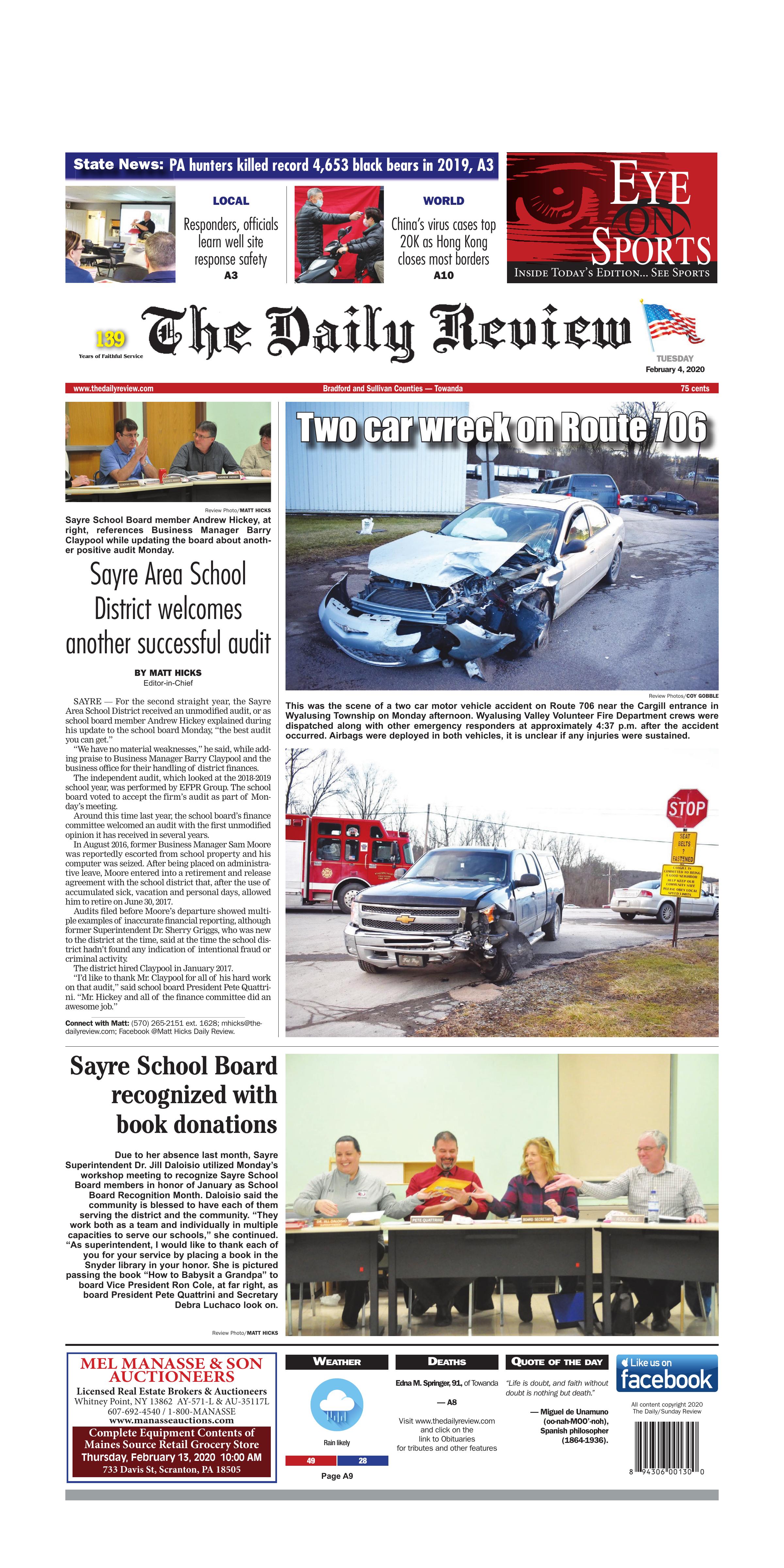