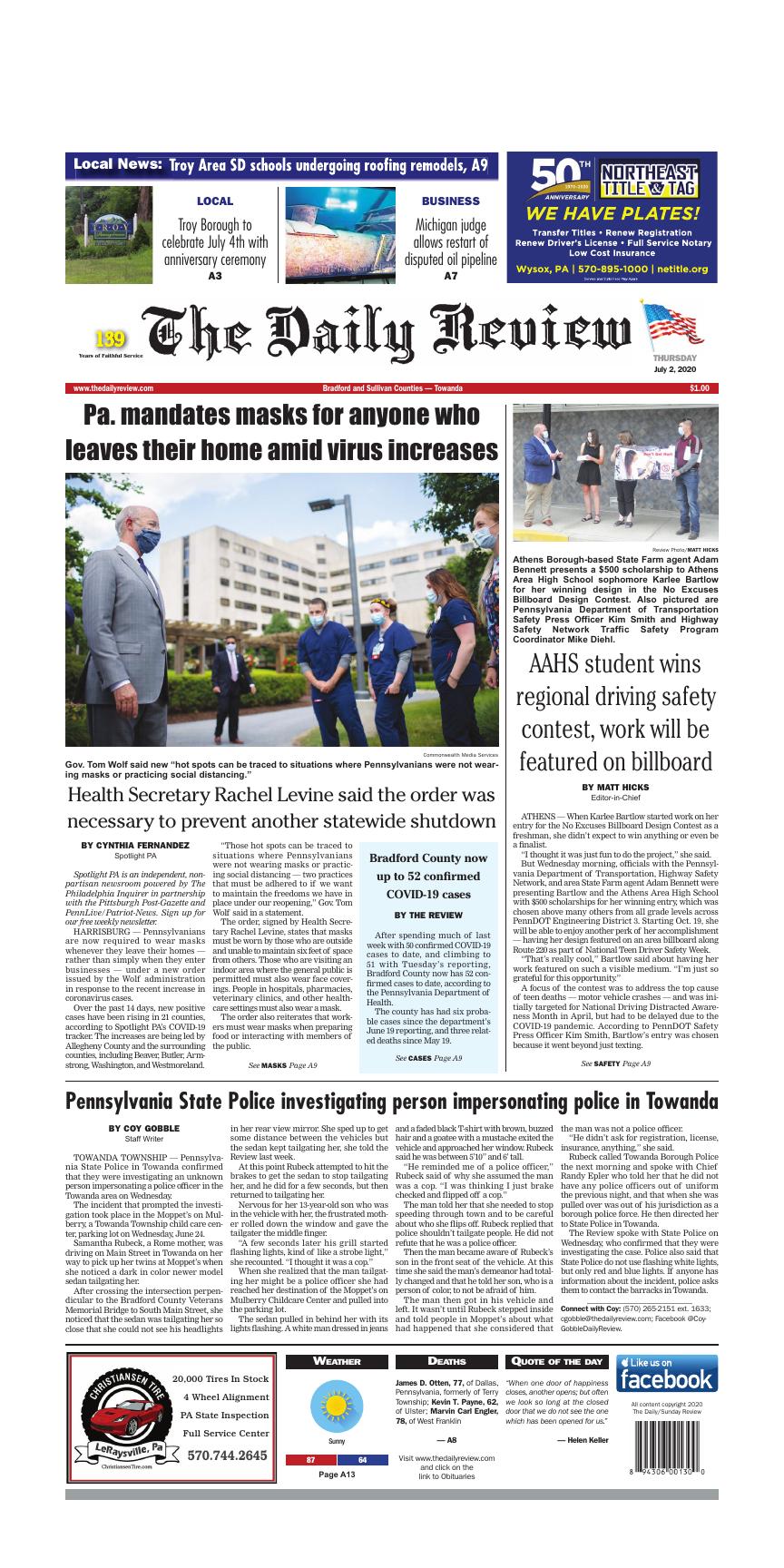 Gov. Tom Wolf said new “hot spots can be traced to situations where Pennsylvanians were not wearing masks or practicing social distancing.” 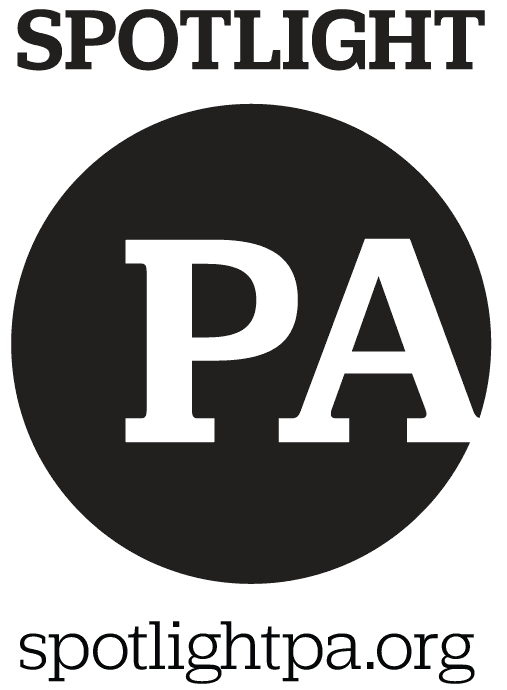 HARRISBURG — Pennsylvanians are now required to wear masks whenever they leave their homes — rather than simply when they enter businesses — under a new order issued by the Wolf administration in response to the recent increase in coronavirus cases.

Over the past 14 days, new positive cases have been rising in 21 counties, according to Spotlight PA’s COVID-19 tracker. The increases are being led by Allegheny County and the surrounding counties, including Beaver, Butler, Armstrong, Washington, and Westmoreland.

“Those hot spots can be traced to situations where Pennsylvanians were not wearing masks or practicing social distancing — two practices that must be adhered to if we want to maintain the freedoms we have in place under our reopening,” Gov. Tom Wolf said in a statement.

The order, signed by Health Secretary Rachel Levine, states that masks must be worn by those who are outside and unable to maintain six feet of space from others. Those who are visiting an indoor area where the general public is permitted must also wear face coverings. People in hospitals, pharmacies, veterinary clinics, and other health-care settings must also wear a mask.

The order also reiterates that workers must wear masks when preparing food or interacting with members of the public.

In announcing the move, Levine wrote masks are necessary to “avoid the types of stringent commonwealth-wide mitigation strategies that were discontinued a short time ago, and in order to avoid the resurgence that is overwhelming the health care systems and public health systems in other states.”

There are a few exceptions to the order, including for workers for whom it would be unsafe to wear a mask — like those operating equipment — as well as individuals with medical or mental health conditions, or those with disabilities.

All but one Pennsylvania county is now in the “green” phase of Wolf’s reopening plan, which allows bars and restaurants to reopen at 50% capacity. Allegheny County has tied a recent increase in cases to establishments that serve alcohol, leading officials to ban on-site consumption.

Philadelphia, meanwhile, will not allow indoor dining to resume this week as planned as city officials report an uptick in cases among young people. Officials have linked new cases to summer beach travel and socializing. The city has also asked that anyone traveling from one of 15 states experiencing sharp increases to self-quarantine for 14 days.

Local
featured
Bradford County now up to 52 confirmed COVID-19 cases
By THE REVIEW
07.01.20

After spending much of last week with 50 confirmed COVID-19 cases to date, and climbing to 51 with Tuesday’s reporting, Bradford County now has 52 confirmed cases to date, according to the Pennsylvania Department of Health.

The county has had six probable cases since the department’s June 19 reporting, and three related deaths since May 19.

According to Secretary of Health Dr. Rachel Levine, consistent mask wearing is crucial to stopping the spread of the coronavirus and is required in all businesses in all phases of reopening. Under a new order signed by Levine Wednesday under the authority of the Disease Prevention and Control Act, masks are also now required for anyone leaving their homes.

“We must remain committed to protecting against COVID-19,” Levine said. “Pennsylvania has been a model for the country on how to reopen effectively using a careful, measured approach. However, the virus has not gone away. Each of us has a responsibility to continue to protect ourselves, our loved ones and others by wearing a mask, maintaining social distancing and washing our hands frequently. Together we can protect our most vulnerable Pennsylvanians, our essential workers and our healthcare system.”

A majority of COVID-19-related hospitalizations and deaths across the state continue to be among those 65 and older. Of the 87,242 cases reported since March — of which 78% have recovered — 37% have been among those ages 25 to 49 while 24% have been ages 50 to 64, and 27% have been ages 65 or older. This statewide case total represents an increase of 636 positive cases since Tuesday’s reporting. There have also been 38 new deaths, bringing the total to 6,687. Of those deaths, 4,583 have been residents in nursing or personal care facilities.

Bradford County currently has one nursing home or personal care facility that has been affected by COVID-19, although which facility that is remains unknown. According to the Department of Health, one resident and one employee of that facility have tested positive.

Just north of the Bradford County border in New York state, the Elderwood at Waverly nursing home celebrated its 45th “CovidConquerer” to kick off the week. The facility has been hard hit during the pandemic, with its residents accounting for 22 of Tioga County’s 24 deaths.

The county has held steady over the past week-and-a-half with 152 confirmed cases and 121 recoveries. There have been no additional deaths since June 8.

TOWANDA TOWNSHIP — Pennsylvania State Police in Towanda confirmed that they were investigating an unknown person impersonating a police officer in the Towanda area on Wednesday.

The incident that prompted the investigation took place in the Moppet’s on Mulberry, a Towanda Township child care center, parking lot on Wednesday, June 24.

Samantha Rubeck, a Rome mother, was driving on Main Street in Towanda on her way to pick up her twins at Moppet’s when she noticed a dark in color newer model sedan tailgating her.

After crossing the intersection perpendicular to the Bradford County Veterans Memorial Bridge to South Main Street, she noticed that the sedan was tailgating her so close that she could not see his headlights in her rear view mirror. She sped up to get some distance between the vehicles but the sedan kept tailgating her, she told the Review last week.

At this point Rubeck attempted to hit the brakes to get the sedan to stop tailgating her, and he did for a few seconds, but then returned to tailgating her.

Nervous for her 13-year-old son who was in the vehicle with her, the frustrated mother rolled down the window and gave the tailgater the middle finger.

“A few seconds later his grill started flashing lights, kind of like a strobe light,” she recounted. “I thought it was a cop.”

When she realized that the man tailgating her might be a police officer she had reached her destination of the Moppet’s on Mulberry Childcare Center and pulled into the parking lot.

The sedan pulled in behind her with its lights flashing. A white man dressed in jeans and a faded black T-shirt with brown, buzzed hair and a goatee with a mustache exited the vehicle and approached her window. Rubeck said he was between 5’10” and 6’ tall.

“He reminded me of a police officer,” Rubeck said of why she assumed the man was a cop. “I was thinking I just brake checked and flipped off a cop.”

The man told her that she needed to stop speeding through town and to be careful about who she flips off. Rubeck replied that police shouldn’t tailgate people. He did not refute that he was a police officer.

Then the man became aware of Rubeck’s son in the front seat of the vehicle. At this time she said the man’s demeanor had totally changed and that he told her son, who is a person of color, to not be afraid of him.

The man then got in his vehicle and left. It wasn’t until Rubeck stepped inside and told people in Moppet’s about what had happened that she considered that the man was not a police officer.

“He didn’t ask for registration, license, insurance, anything,” she said.

Rubeck called Towanda Borough Police the next morning and spoke with Chief Randy Epler who told her that he did not have any police officers out of uniform the previous night, and that when she was pulled over was out of his jurisdiction as a borough police force. He then directed her to State Police in Towanda.

The Review spoke with State Police on Wednesday, who confirmed that they were investigating the case. Police also said that State Police do not use flashing white lights, but only red and blue lights. If anyone has information about the incident, police asks them to contact the barracks in Towanda.

ATHENS — When Karlee Bartlow started work on her entry for the No Excuses Billboard Design Contest as a freshman, she didn’t expect to win anything or even be a finalist.

“I thought it was just fun to do the project,” she said.

But Wednesday morning, officials with the Pennsylvania Department of Transportation, Highway Safety Network, and area State Farm agent Adam Bennett were presenting Bartlow and the Athens Area High School with $500 scholarships for her winning entry, which was chosen above many others from all grade levels across PennDOT Engineering District 3. Starting Oct. 19, she will be able to enjoy another perk of her accomplishment — having her design featured on an area billboard along Route 220 as part of National Teen Driver Safety Week.

“That’s really cool,” Bartlow said about having her work featured on such a visible medium. “I’m just so grateful for this opportunity.”

A focus of the contest was to address the top cause of teen deaths — motor vehicle crashes — and was initially targeted for National Driving Distracted Awareness Month in April, but had to be delayed due to the COVID-19 pandemic. According to PennDOT Safety Press Officer Kim Smith, Bartlow’s entry was chosen because it went beyond just texting.

“She (the subject of the design) had a coffee in her hand — people don’t think about that,” Smith explained. “They always associate distracted driving with phones, but we’ve been driving distracted way before cell phones were a thing.”

In addition to food and drink, distracted driving can even take the form of playing with the radio or temperature controls, which Smith said should be set before hitting the road.

Technology Education Department teacher Scott Riley said the department is always trying to incorporate real world experiences for students such as this contest.

“It always gives them a better sense of what they are working on and what they’re working towards in the end,” Riley explained. “This was a great opportunity for the kids to follow guidelines as far as the project as well as time deadlines.”

Riley added that the department will meet to decide how best to use the $500 award, especially given some of the budgetary challenges due to COVID-19.

The scholarship money was provided through the partnership with Bennett’s State Farm office in Athens Borough.

“I’m so proud of our local Athens student, Karlee, who made this awesome billboard sign to promote safe driving and avoid distracted driving,” said Bennett. 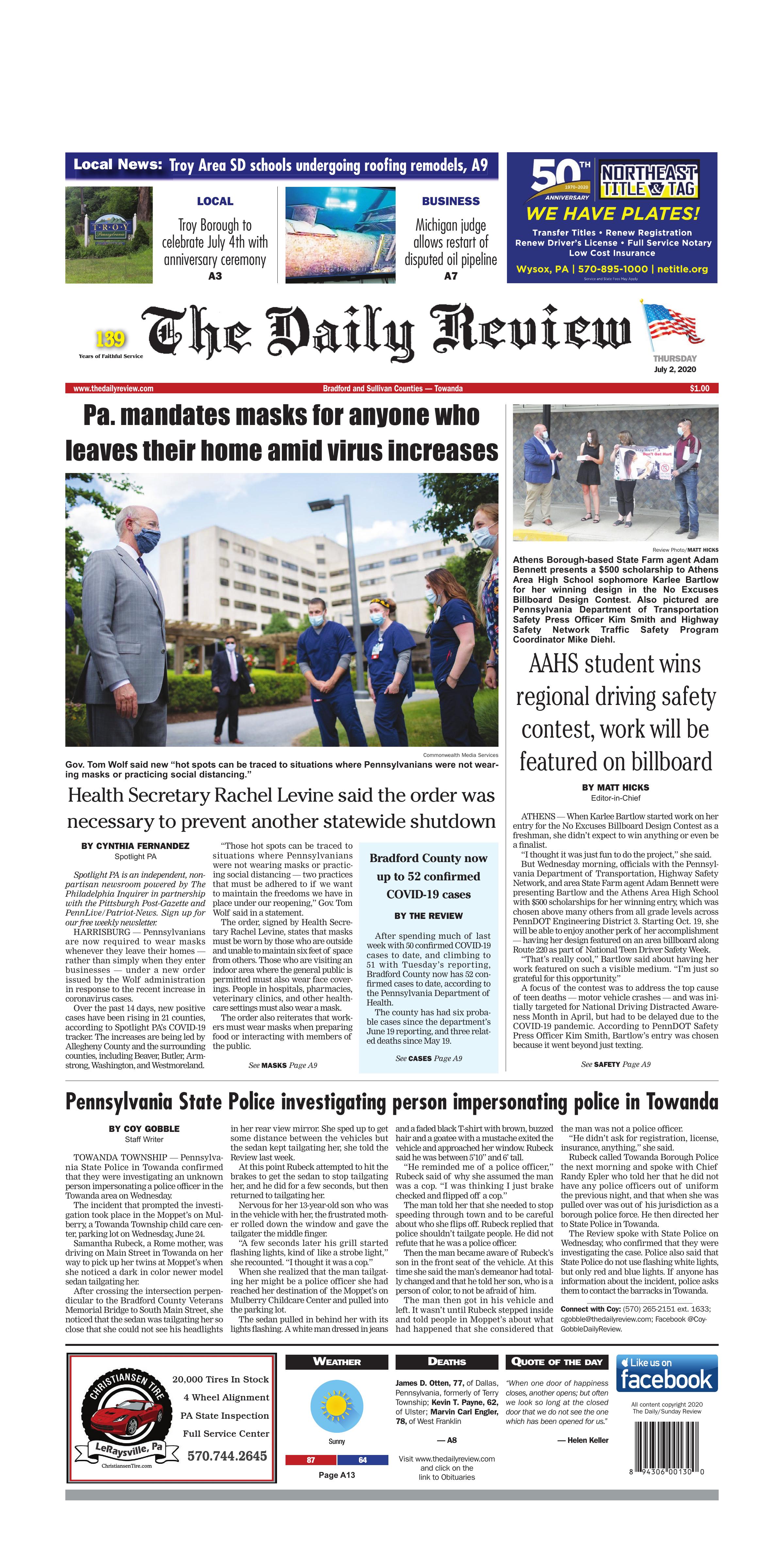