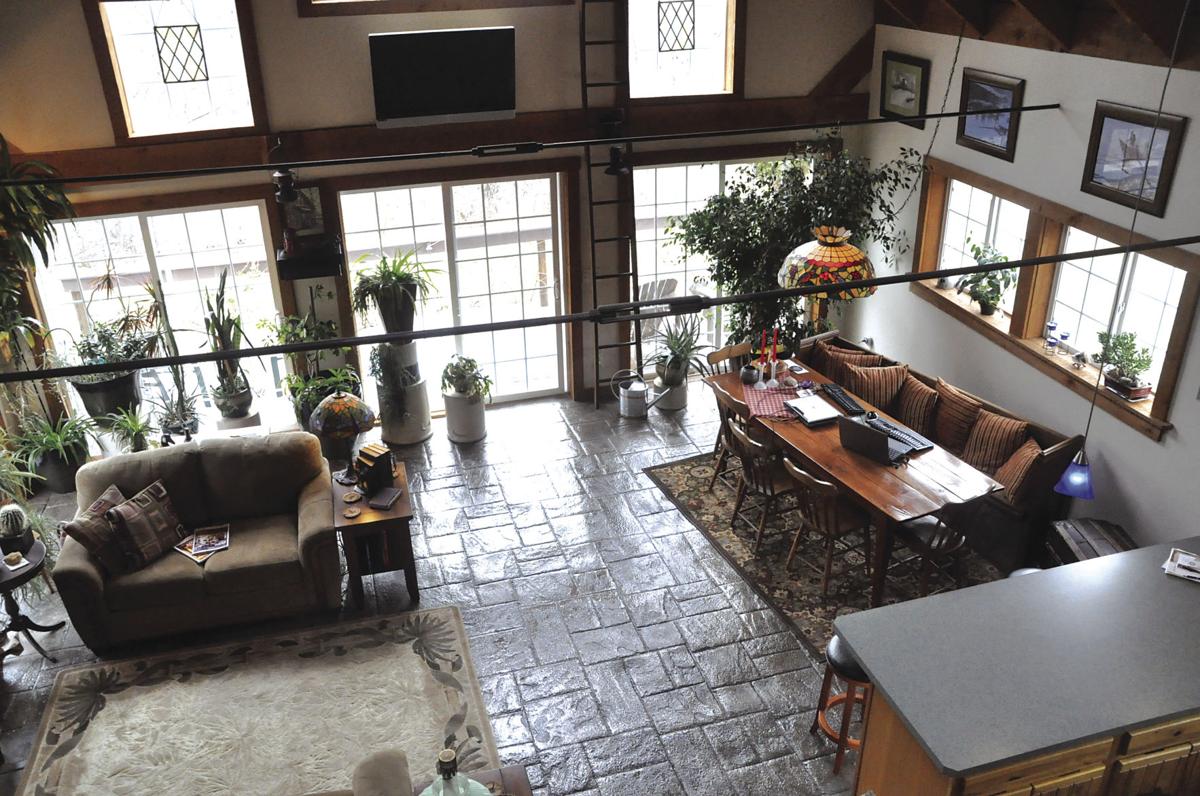 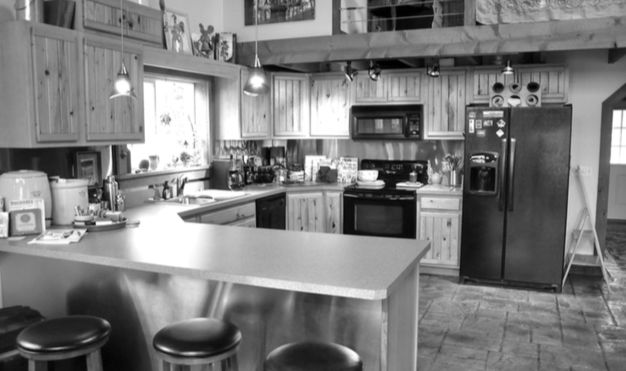 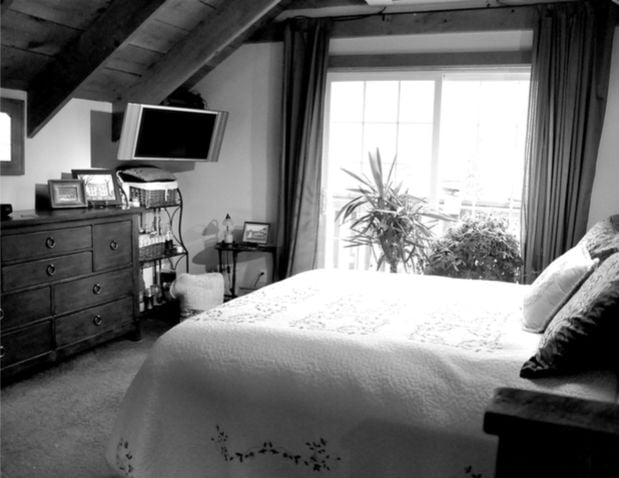 Nestled in the woods just north of the New York-Pennsylvania line in the Town of Ashland sits a home that is a model of energy efficient building practices.

Sue Oliver built it 12 years ago when she was at a crossroads in life. The single mother’s two children were grown and she needed a home that would fit just her.

In 2008, that rustic eco-barn home along Sufferin Hill Road became the center of operations for Barn-Livin’ LLC, which touts itself as building “Green Homes for Blue Collars.”

According to Program Manager Mike Arblaster, the program – which was formed from Pennsylvania Act 129 in 2009 – has enrolled 34 builders and 24 HERS (home energy rating system) raters from First Energy’s service area since its third phase began on June 1, 2016. It provides an average rebate of $750.

“The best part is how the owner of the home reduces their average monthly expenses,” said Arblaster. “The builder benefits because they get to work with an added layer of technical expertise related to the building science and construction of the home. ... The result is a more energy efficient home that uses less energy and has lower utility bills and, ultimately, are more comfort- able homes to live in.”

More than a dozen Barn-Livin’ homes have popped up around the region during the past decade, including one that Oliver can see right from her living room window and another less than a mile away along state Route 14 in South Creek Township.

Mary Ann Sheets, the owner of the South Creek property, said she can “heat this place with a match.”

Oliver has as many as seven projects in the works for the year ahead, including one in Mansfield and another in east Troy.

Barn-Livin’ utilizes a post-frame construction, which features columns 8-feet-on-center on concrete column piers with a slab-on-grade, stamped concrete pad complete with built-in radiant heat. Oliver said the radiant heat, combined with a hydro foam insulation system and granular material compacted under the pad, helps prevent the accumulation of moisture and any heaving from frost.

Foam insulation is utilized throughout the structure to keep it “tight” and more structurally sound, while the post-frame construction helps the home better handle high winds or potential seismic activity, according to Oliver.

The homes are also sited with the sun’s movements in mind.

“This is about southwest right here,” Oliver said, pointing to a wall in her home. “So with this wall of glass – the sun comes in around the winter time months and it will hit that back door. The sun comes in, it warms and is absorbed by the concrete because it is a darker color. That also contributed to energy savings. Then, in the summer time when the angle of the sun moves north, it comes this way, so we don’t get the sun through the windows so we don’t have excessive heat buildup. ... It’s not rocket science, either – it’s basic concepts that you put together, but the key is attention to detail.”

Oliver, citing a 25-plus year career working in engineering, architecture and commercial construction, said she has learned all about building frugally. And, as a single mother of two who worked a second job designing homes to provide for her family, she very much understands the blue collar budget.

The model home that Oliver lives in was created at a cost of $65 per square foot, including appliances. Oliver said her other projects stay below $100 per square foot due to the fewer materials they use compared to traditional building, the local sourcing of these materials, and a business model that takes the general contractor out of the equation, which brings the home owner more into the process.

Oliver added that with these homes typically taking up a smaller footprint, there are tax savings as well.

“I figured there were a lot of people like me who were accountable, did everything the government wanted us to do, paid taxes, put our kids through school, paid for braces, paid for smashed up cars, paid back our student loans, and deserve something more than just the price range that was out there for us, which was manufactured housing, or getting something that wasn’t quite what you wanted,” said Oliver.

Barn-Livin’ has always been oriented more toward those looking for a more green, energy efficient option when it comes to building a home. But Oliver said when she first started the business, rebates like those she had through the Energy Star program didn’t do too much to cover the extra costs associated with this work.

Since then, she said these rebate programs have vastly improved, and now not only cover the costs of bringing a rater in to conduct the energy efficiency inspection, but also provide some extra money to the business itself.

Rebates under the Pennsylvania Energy Efficient New Homes Program are calculated based on a rating that evaluates how much more energy efficient a home is above a given threshold.

“The new homes program looks at when a builder does a house, that the whole house is more energy efficient,” said Arblaster. “We encourage builders to pursue higher energy efficiency, to have energy ratings and monitor how energy efficient their homes can be, and give them incentives for doing a great job.”

“Not only are you getting the bragging rights — a third-party, independent eye is taking a look and making sure the house is tight. We’re building to a known standard, and a recognized standard that is very reputable,” Oliver added.

As her young business continues to grow, Oliver said price is driving the change – much like it does with technology – although there continues to be some hurdles along the way.

“If you veer off mainstream, it takes a while for the rest of the industry to catch up,” said Oliver. “A big hurdle I’m dealing with right now are lending institutes.” However, once she explains with documentation how her process works, “banks see there is lower risk and higher risk management.”

“It’s like anything else – if you try something new, it’s going to come up against a lot of scrutiny. But we have 13 very successful projects out there, and six or seven possibly booked for this upcoming year, and that’s not bad for a very small company.”