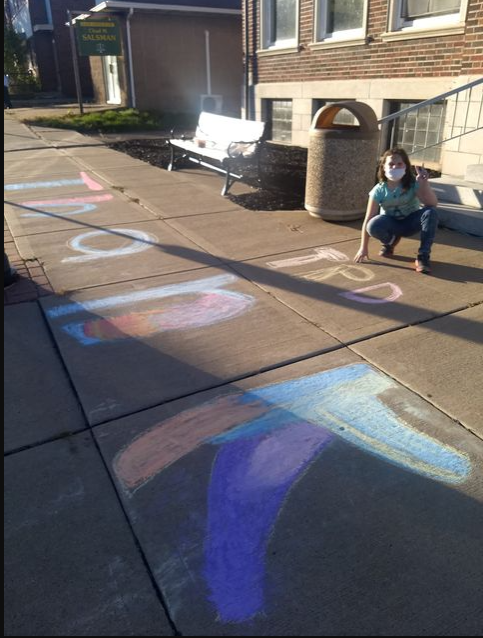 Jaelyn Oakley wrote “Thank You” in chalk outside of the Towanda Borough Police Department on Wednesday. 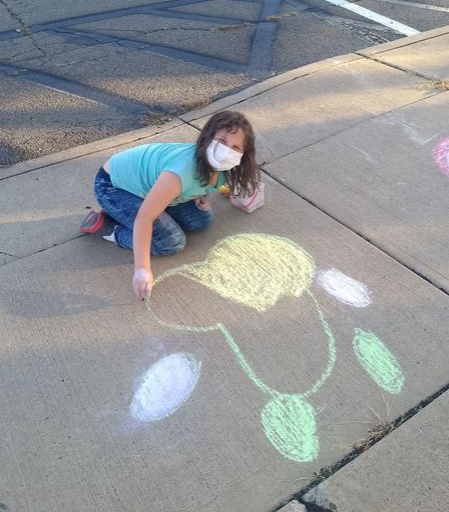 Jaelyn Oakley wrote “Thank You” in chalk outside of the Towanda Borough Police Department on Wednesday.

TOWANDA — While porch lights have gone blue to honor local police in Towanda this week, 9-year-old Jaelyn Oakley has honored officers another way — through art.

By the time Jaelyn’s grandmother Angela Oakley heard about the “Towanda Goes Blue” initiative that encouraged Towanda residents to use a blue porch light from Oct. 11 until Oct. 17 to support local law enforcement she realized there was no way to order a bulb through the mail and receive it in time.

When Angela approached Jaelyn for ideas for another way to show gratitude to police, Jaelyn decided to use chalk to write “Thank You” in large letters in front of the Towanda Borough Police Station.

Jaelyn explained that she has been very encouraged in her love of art by Towanda Elementary School art teacher Donald Barto and was excited to use her gift to show appreciation to law enforcement.

“It makes me feel awesome,” she said, adding that she feels it’s important to thank police officers because “they’re the reason that we’re still alive and not struggling.”

Angela stated that with “craziness in the world” and negative opinions of law enforcement being made public recently she and Jaelyn were proud to support those who protect them.

“She’s very proud that she did it,” Angela said, noting that she is proud of her granddaughter as well.

Jaelyn drew a paw print to honor Towanda’s K9 officers as well, as she remembered meeting Officer John Hennessey and a K9 officer in school two years ago.

The Oakley’s also painted three pumpkins blue, white and black and left them near the entrance of the Towanda Borough Police Department to represent the law enforcement flag.