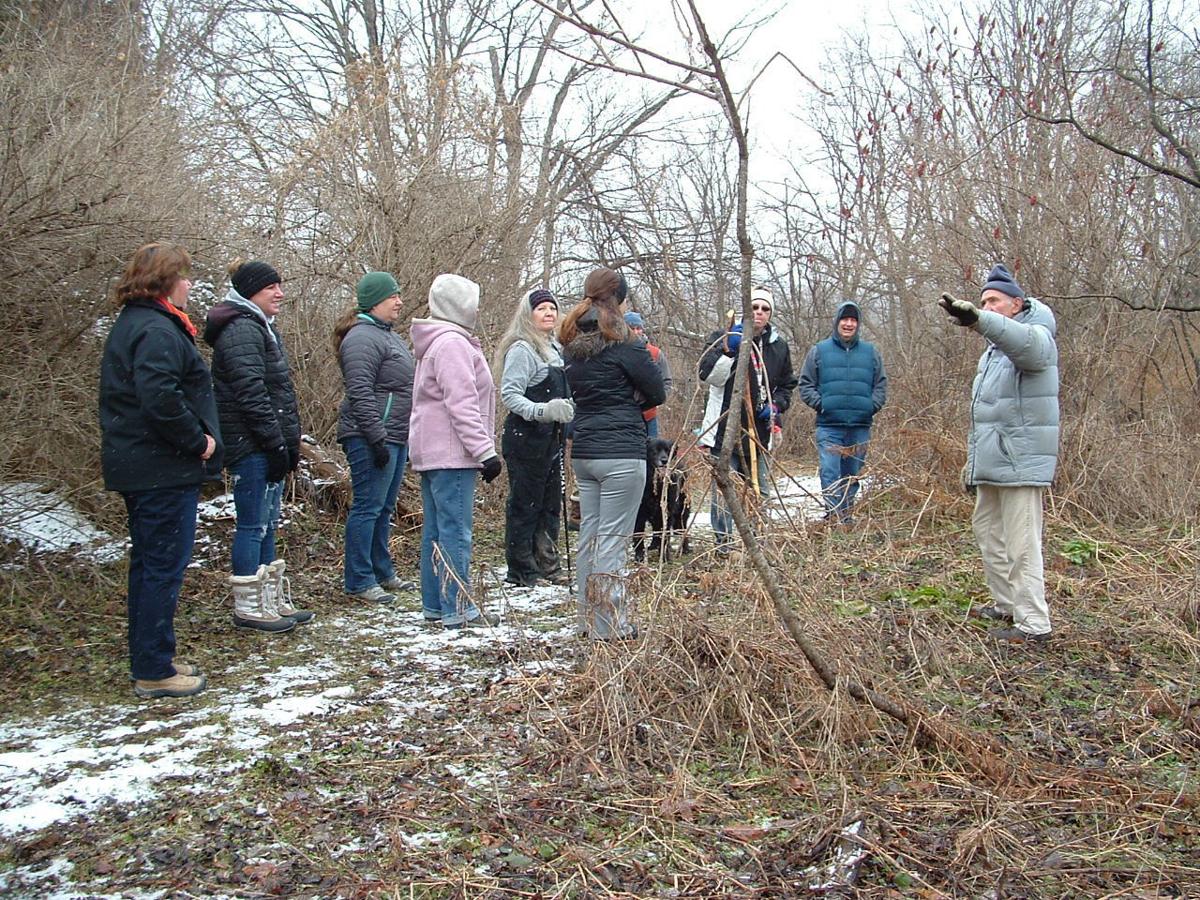 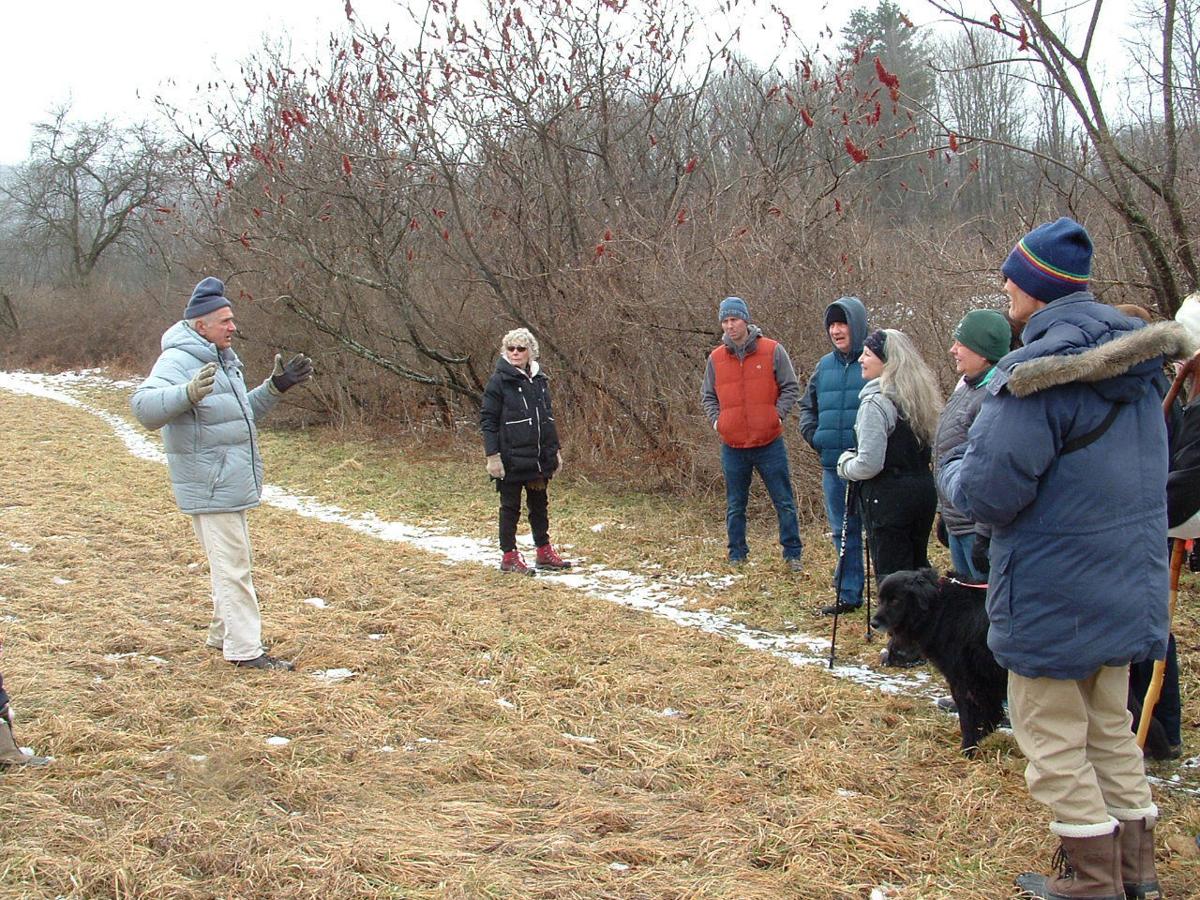 Fat, fluffy flakes flittered from above as an enthusiastic group of hikers made their way through the wetlands and woodland at the Carantouan Greenway’s Wildwood Nature Preserve on Sunday in homage to National Wetlands Day. The hike halted at times as the Greenway’s naturalist, Marty Borko, described subtle nuances in nature that can easily be overlooked by the undiscerning eye, particularly in a mostly monochromatic winter. Many birds were seen and discussed; questions answered about which ones stay for winter and which ones migrate, and when people should start seeing the earliest birds return. For some it was the first time to see the newly installed deer exclosure and Leopold benches completed by eagle scouts. The open hayfields showed evidence of mice trails under the dormant alfalfa, which in turn attract eagles, hawks, owls and kestrels to the preserve.