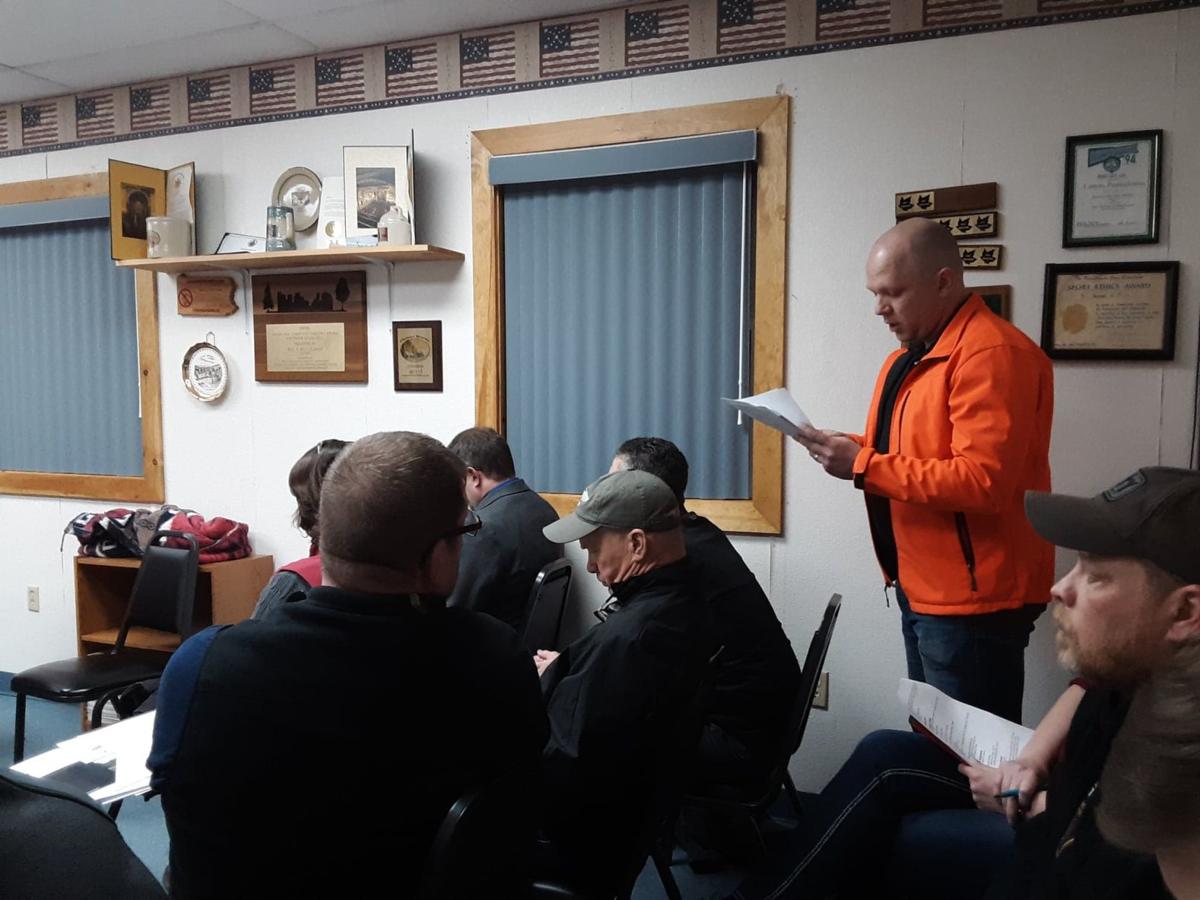 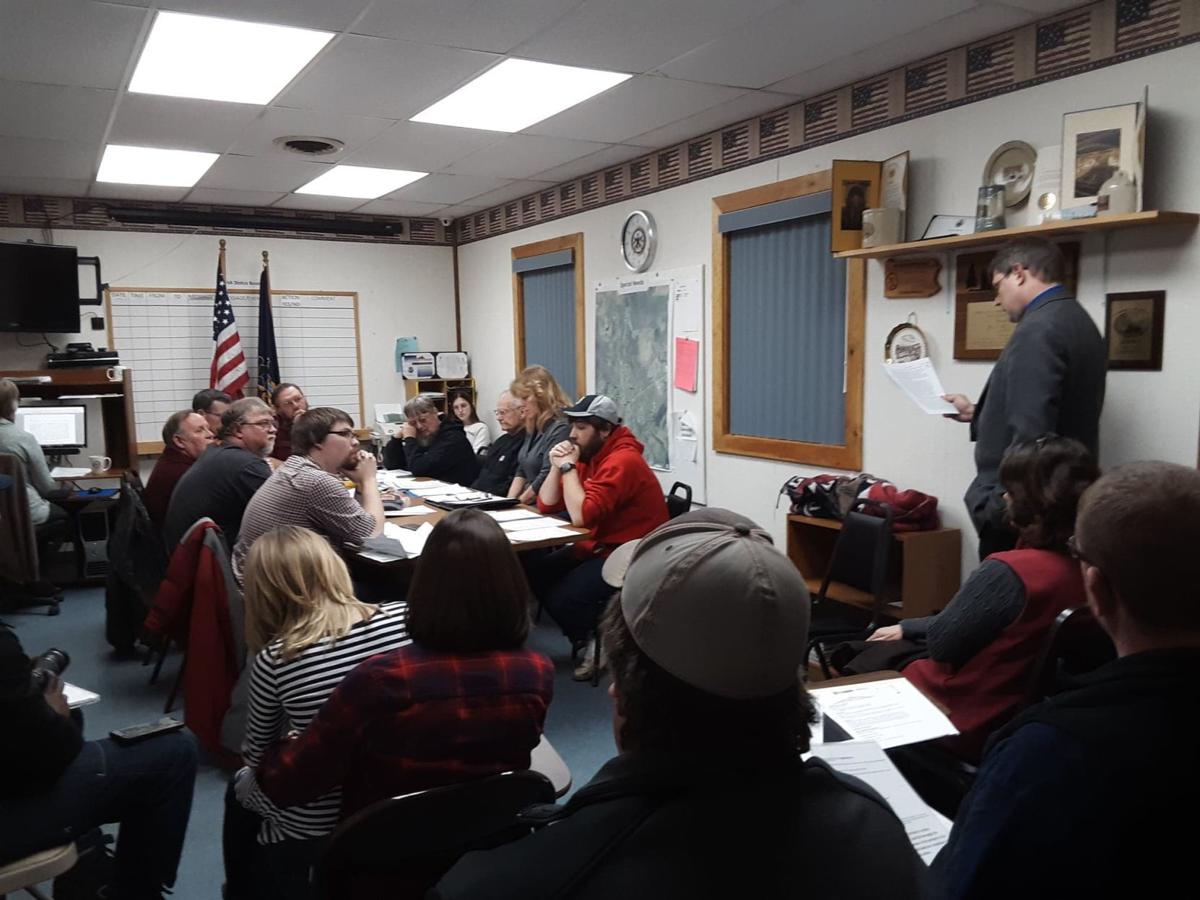 CANTON — Calamity continued in Canton Borough Monday night as a motion was made to fire current administrator and treasurer Amy Seeley.

Attorney Zachary Gates, who was representing Seeley told the board that changes to the borough code, such as removing the 90-day clause, must be made effective through an ordinance and are therefore subject to being publicly announced before they can be carried out.

Canton Borough Council re-voted to remove the 90-day clause this time through an ordinance with all yes votes except for board member Lynette Ambruch, who voted no.

Former Borough President Michael Shultz gave a lengthy opinion rallying in support of Seeley during the meeting, pointing out that during the January meeting Seeley was unanimously appointed by the council to be permitted to move money as well as approved for other responsibilities as well as given a pay raise in the final budget.

Shultz also stated that though Schrader made a comment during the January meeting that “nowhere in the world” are administrators given a 90-day notice before termination that multiple other Bradford County municipalities carry a similar 90-day code and that it allows necessary actions like the payment of bills and payroll to be completed as someone is found to take on the role.

Shultz continued by questioning whether Seeley would be “grandfathered into” the 90-day clause if she was terminated because the code was valid when she was reappointed in December, implying that Schrader had a “grudge to settle” with Seeley and that a possible “conspiracy” between Schrader and other members of council had come into play as Schrader unsuccessfully moved for the termination of Solicitor David Brann last month.

“He (Schrader) made several statements that all had I in them and never once referenced the community that he is supposed to represent nor did he ever state that the citizens of the borough wanted this,” Shultz said regarding Schrader’s actions during the January Canton Borough meeting.

“Council, you guys need to set your personal feelings aside, your displeasures with your coworkers, with your administrators, with other council members,” Shultz continued. “Both the administrators and the borough attorney work for the council and follow their direction, perhaps if you don’t like how they did things before you should be upset with the prior council as they were following their direction. Some of those people up there were on that prior council and I don’t believe there were any prior complaints then.”

Schoonover said that Seeley is “invaluable” and that the Shade Tree Commission could not function without her.

When questioned as to why he is in favor of firing Seeley, Schrader stated, “As she (Seeley) asked in a previous meeting, she asked me what my beef was and so did George (Jennings) and as I’ve stated there was none other than I was not pleased. And again, I had no personal beef, I don’t, but...the reason that all these issues and stuff even came to me was, again, citizens came to me. I have had multiple, multiple people come to me before I was even thinking about running with the issues of things.”

Shultz asked why the people who have vocalized a desire for Seeley to be fired did not attend the meetings and Schrader stated that he did not know, that he has encouraged them to come and agrees they should attend.

“Everybody that I have spoken to, that comes to me I mean I don’t go to them, they just feel that some new blood, some new things have to be done. So as their representative I feel it is necessary to do what they have asked me,” he commented. “The number of people in here or that have come to the meetings for her is way less than the amount of people that have come against to me.”

“So if it’s not important enough for them to come and stand up for what they believe in why are you pushing it,” asked Holly Shultz, a Canton Borough citizen and the wife of Michael Shultz. “I’m here because I’m concerned after what I read in the paper that you’re going after somebody who has done nothing but good for our community, she has a job that no one else wants, she does an amazing job...the people that are talking to you and telling you that she should be fired, for what? What is she doing wrong? You were asked last month and you had nothing, I’m asking you now. She does her job and she does it well...if she’s done something wrong to these people than they should be here not just telling you to come and fire her.”

Schoonover stated that she believes the individuals speaking against Seeley “don’t understand how many entities of this community that would fall apart without Amy here.”

Seeley questioned Schrader if all the individuals who have come to him with opinions against her are Canton Borough citizens to which he replied yes, then that he was not positive that every one of them is.

“You don’t get on council for an agenda,” Canton Borough Police Chief and husband of Amy Seeley Doug Seeley told Schrader. “You’re here to work for the community and do things to make a better community not to fire people. You’re here for the wrong reasons.”

Schrader stated that one reason he feels Amy Seeley should be removed is regarding concerns of “how employees and council members are treated” and the creation of a “hostile work environment.”

Board member George Jennings stated that while he worked for the borough for 18 years he and Seeley “had their differences” but that he “wouldn’t want her job.”

Canton Borough President and road crew employee David Groover stated that he feels there have been times he has been “treated very poorly” by Seeley but that he views it as a personal situation not having to do with her position as administrator.

Amy stated that she follows procedures set by council in dealing with employees so if there’s a problem they should take it up with council.

Shultz commented that while issues of a conflict of interest regarding Amy Seeley serving as administrator while her husband Doug Seeley is police chief have been brought up by Schrader in the past, he feels individuals who are employed by the borough also serving on the board (both Groover and board member Kurt Bastion are both board members and road crew employees) is a bigger conflict of interest.

Bastion pointed out that individuals who are employed by the borough are permitted by law to serve as council members as well in municipalities with a population of less than 3,000.

Schrader also explained that while concerns were raised in the January meeting as to how financial actions like payroll and bills being paid would be carried out if Seeley were to be fired, the actions could be delegated to the appointed secondary secretary treasurer Lonna Bly if she was willing and if not another individual would be hired.

Schrader’s motion to terminate Seeley did not receive a second and therefore was not carried.