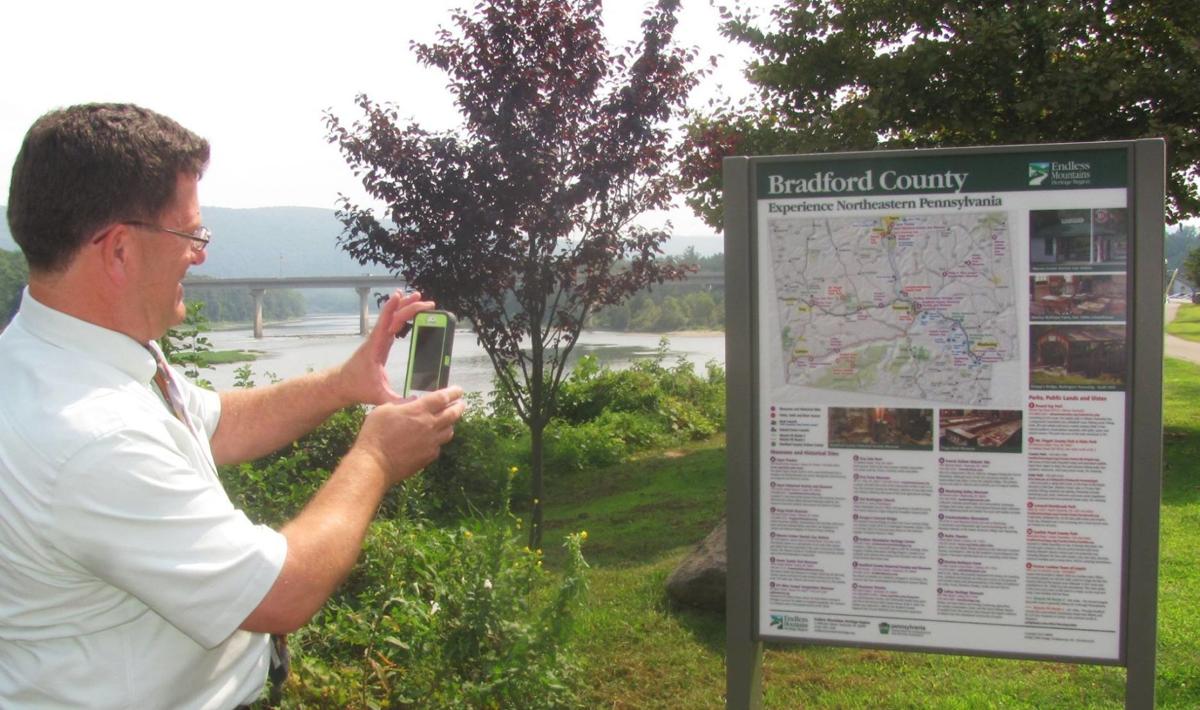 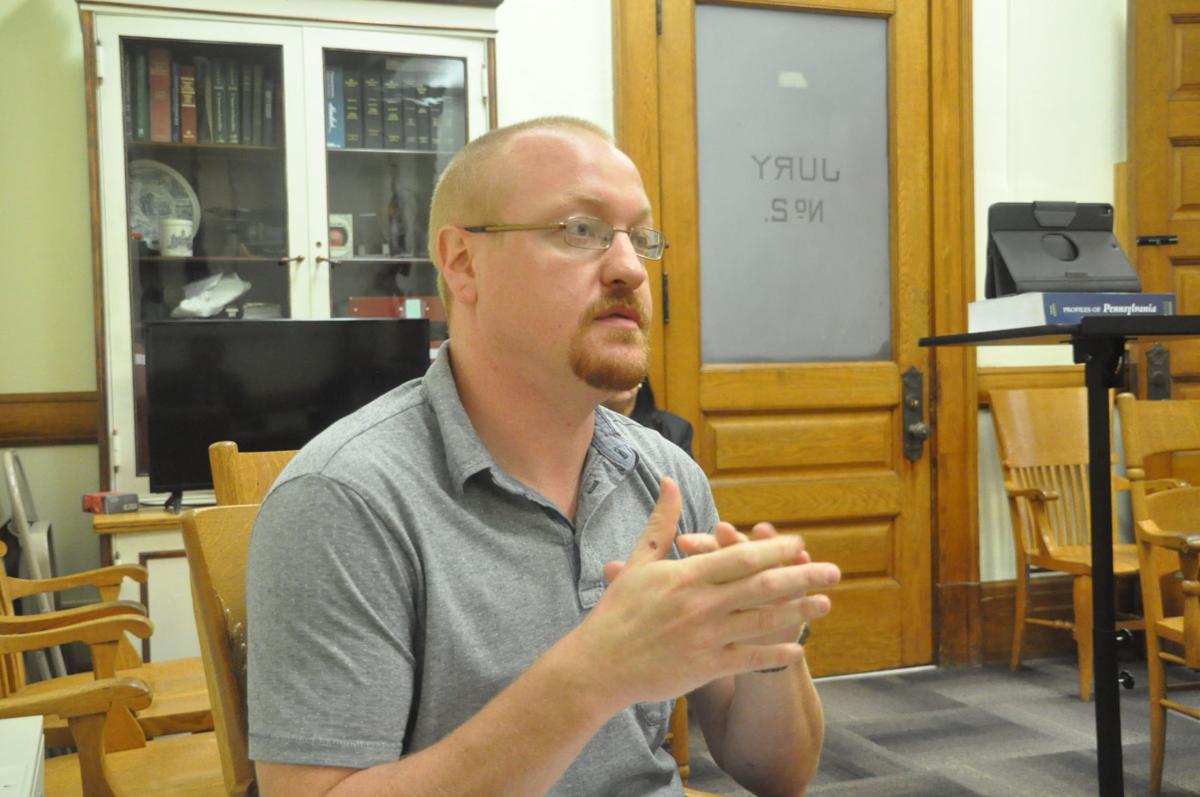 Endless Mountains Heritage Region Executive Director Cain Chamberlin is hoping an updated heritage sign along the Merrill Parkway in Towanda Borough and another in one of the county’s other population centers can go up in dedication to the late Ed Bustin, who served both as a commissioner and as a member of the EMHR board until his sudden passing in April at the age of 59.

Chamberlin shared the idea with the Bradford County Commissioners Thursday as he requested a letter of support for his Room Tax Grant application for the project.

Chamberlin said the current “Experience Northern Pennsylvania” sign featuring a variety of area attractions is outdated, and he hoped to incorporate a picture of Bustin on the new sign to honor his contribution to the organization over the years.

“He was such a pivotal part of our organization when he was a board member,” Chamberlin explained.

When Chamberlin asked commissioners about a location for a second sign, they suggested along the new Diahoga Trail connecting Sayre and Athens boroughs given its proximity to the Susquehanna River and the fact that Bustin called the Valley home.

“That would be a very nice place,” Chamberlin said.

The grant program is funded by 30% of Occupancy Tax revenues generated for the county through lodging, while the other 70% support the Bradford County Tourism Promotion Agency’s efforts to promote the county and its events.

The agency had $120,000 to award last year and $87,000 the year prior, according to tourism Executive Director Robyn Cummings.

“Obviously it fluctuates based on funds and how many tourists we have,” she explained. “This year we were really nervous with the COVID, with events being canceled and things being shut down, what we would have to offer. Our county has done fairly well, being that we are rural and focused on rural recreation.”

The grant is geared for 501c3, 501c6, or branches of municipal governments that have offerings that can bring people into the area and are advertised beyond a 50-mile radius.

“The goal is to bring people here,” Cummings said.

The grant money can also help with marketing or wayfinding to help people find area attractions.

Applications will be accepted through Friday, Oct. 16 or must be postmarked by that date.