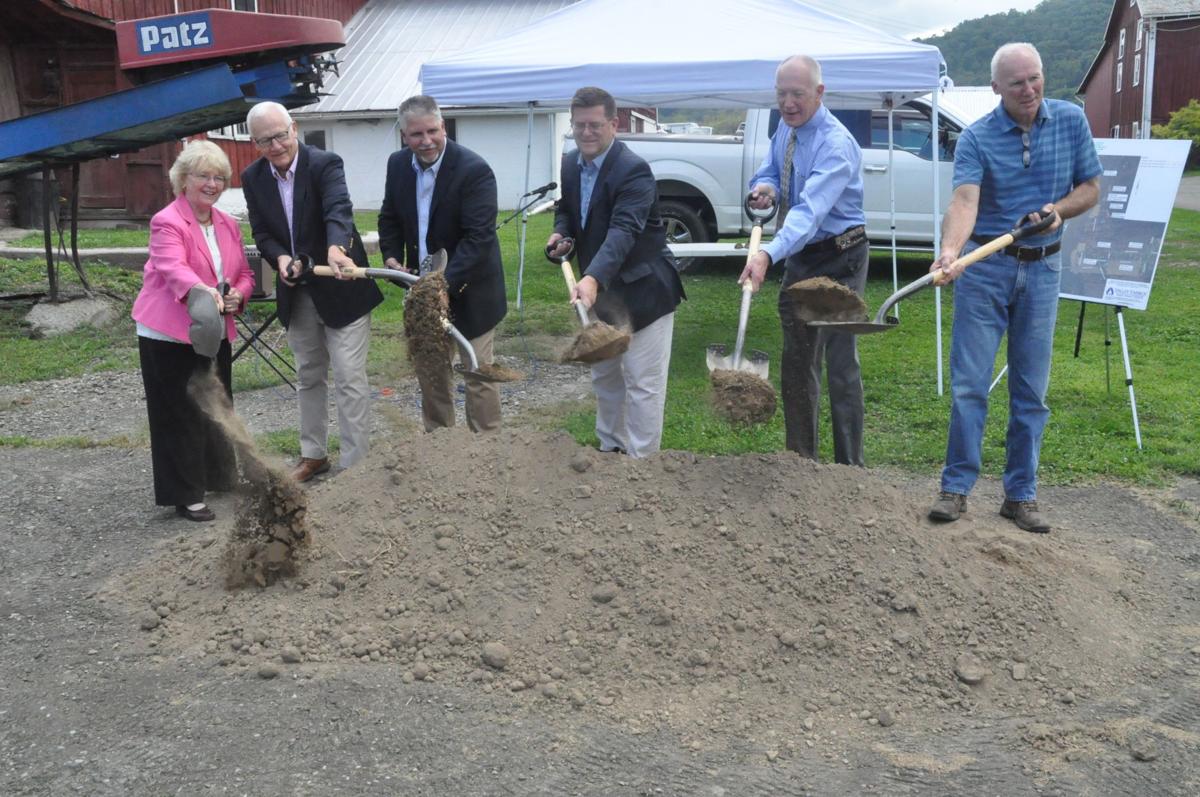 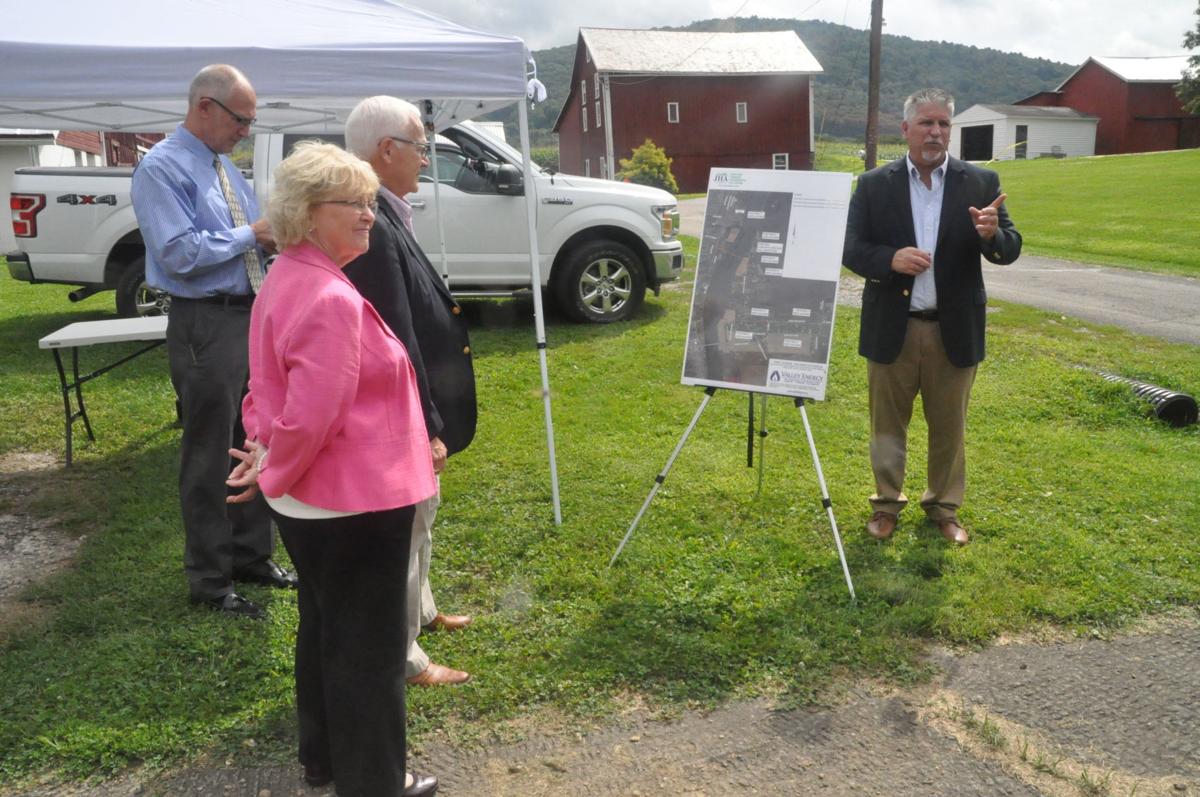 ATHENS TOWNSHIP — Surrounding a small pile of dirt on the grounds of Robinson’s Farm and Greenhouses, just off of the intersection of Front Street and Sheshequin Road, officials dug their shovels in and flung some dirt to recognize the beginning of a $1.8 million infrastructure project that will bring natural gas service to East Athens.

In about two weeks, work will begin to build the natural gas line that, starting in October, will be inserted from near the Sayre Borough Department of Public Works building on South Thomas Avenue under the Susquehanna River to begin the expansion.

The company had tried to bring this service to East Athens multiple times over the years, he explained, but it was cost prohibitive due to the challenge of crossing the river. “But fortunately, Valley Energy was awarded an $850,000 grant through the Community Financing Authority and through the Community and Economic Development PIPE program.”

Rogers recognized state Sen. Gene Yaw (R-23) for his work in creating the program that allowed the project to move forward. He also highlighted the support the company received from state Rep. Tina Pickett (R-110), the Bradford County Commissioners, and Athens Township Supervisors during the process, as well as the involvement of JHA Companies and contractor E E Root LLC in the project itself.

Yaw said a big thrust of the PIPE program — which was supported with funding that Yaw’s office found was unused in other areas — was to get natural gas into the municipalities, and especially to businesses and public buildings that currently don’t have access.

“Fifty percent of Pennsylvanians don’t have access to natural gas, and we’re the second largest producer in the country and one of the largest producers in the world,” Yaw explained. “It makes no sense that our own people can’t use it.”

Complaints about a lack of access to natural gas service is something Pickett said she hears quite a bit.

“I’m really happy that it’s here and you’re going to be able to bring this source of energy to so many people in our area, both businesses and residents. They will definitely benefit from what you are doing,” Pickett told Rogers during the ceremony.

Rogers said they hope to be able to bring the lines across the river and down to Glen Valley Road by the end of the year.

“We’re hoping with weather and available resources to put in as much as possible,” said Rogers. “In years past we’ve been able to dig out in the winter months, so we’ll keep our fingers crossed.”

He added that any line that goes in will be able to serve customers. When completed, the new natural gas lines will also be able to accommodate future expansion into other areas if there are requests for the service and Valley Energy can handle the cost.

“Certainly economic-wise, with a project like this and all projects, we have to evaluate the economic impact to us and all of our rate payers. We certainly don’t want our current rate payers subsidizing a project that’s not economically feasible,” said Rogers. “And this whole process, without that PIPE grant, would not have been feasible.”

A surcharge will also be administered to the new East Athens customers to help finance construction costs that aren’t covered under the grant, if they sign up for service, said Rogers. Even with the surcharge, however, Rogers said the cost would still end up around 50 percent less than fuel oil.