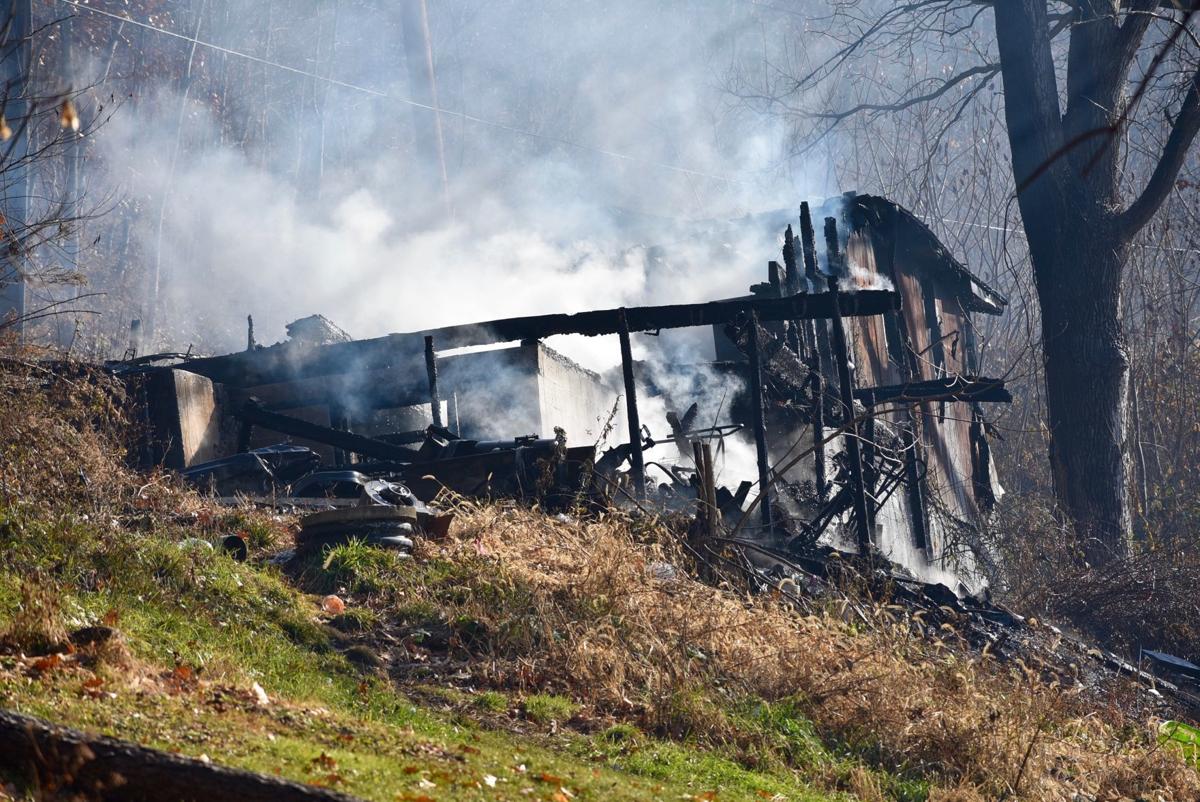 ABOVE AND BELOW: A Standing Stone home of five was destroyed by a fire Tuesday morning. 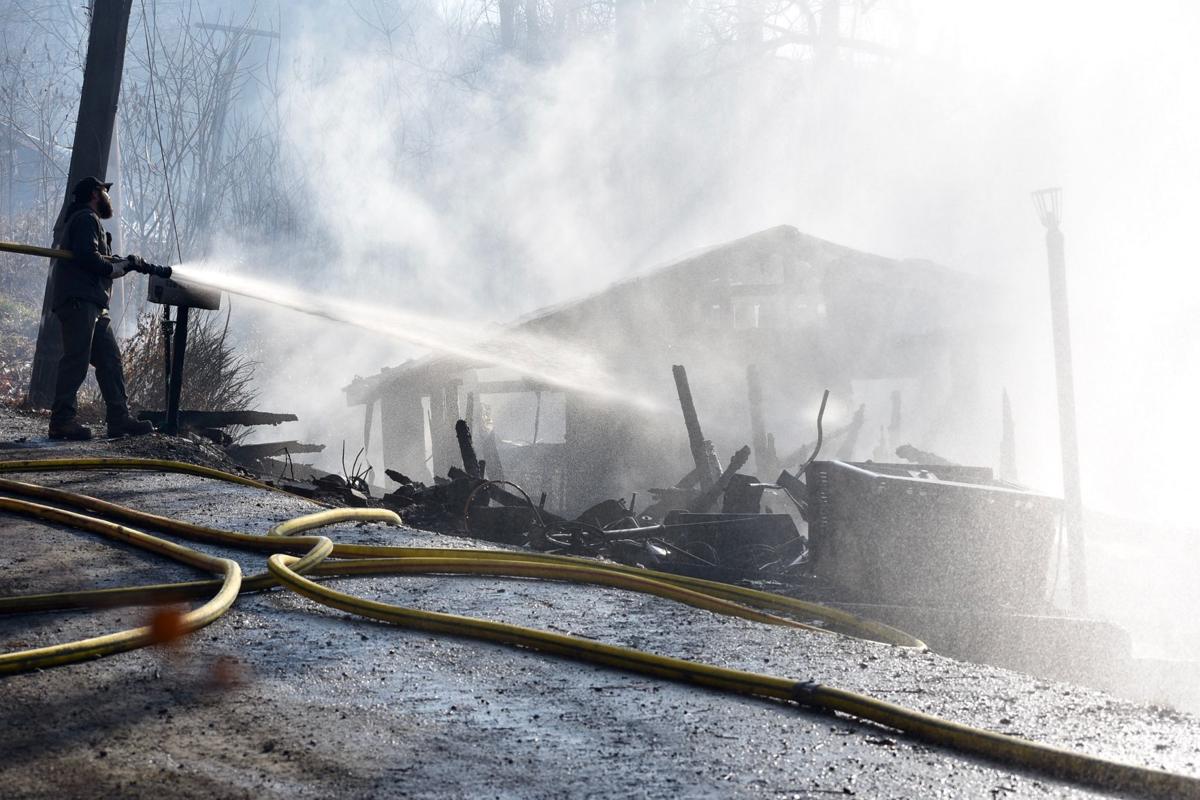 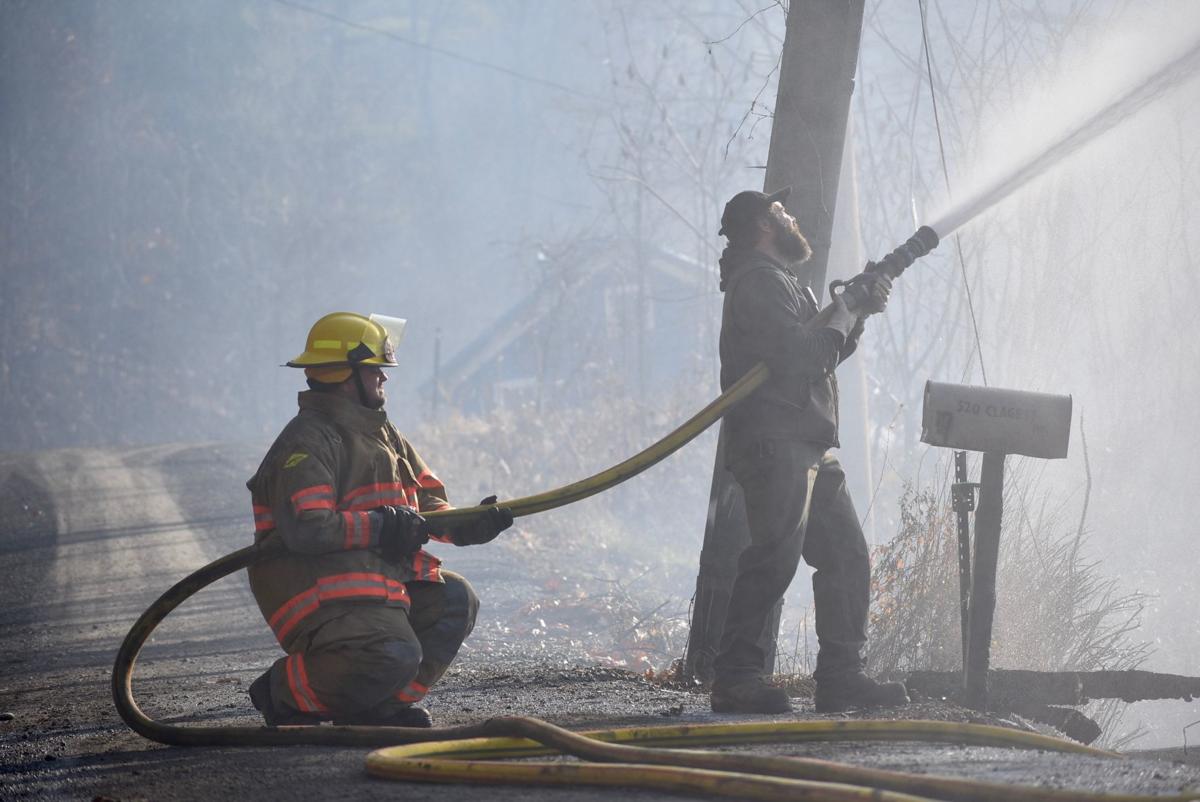 ABOVE AND BELOW: A Standing Stone home of five was destroyed by a fire Tuesday morning.

STANDING STONE TOWNSHIP — A family of five is without a home after a kerosene fire burned down the structure on Clagett Road Tuesday morning.

Tanya Ball was home at the time of the fire with her boyfriend and three children. The family was getting ready to leave to drop the kids off at school around 8 a.m. when they noticed flames from the kerosene heater that the family had been using temporarily. Ball and her family escaped the home safely, some partially undressed.

“It (the kerosene heater) was just temporary until we got the fuel filled,” Ball said on Tuesday morning. “We just got the kids out.”

Ball’s boyfriend and son each suffered minor burns while attempting to remove the kerosene heater from the premises before fire crews arrived on scene. While fire crews worked to put out the fire, the family’s fuel oil delivery showed up and had to be turned away. The home is owned by Ball’s parents and was not insured.

Ten dogs also lived in the home; two are believed to have been lost in the fire. The rest were taken away by the Bradford County Humane Society who said that they would temporarily home the dogs until a permanent home was found. One dog was freed from a kennel in the home by firefighters.

Wysox Fire Chief Brett Keeney said on Tuesday afternoon that the fire had already eaten through the roof of the home by the time firefighters arrived on scene and that the fire was a total loss.

He continued to say that a retired firefighter spotted the blaze while driving nearby on Route 6, called the fire in, then drove down to the home and attempted to aid the family but was bit by one of the family’s dogs and had to receive stitches.

Keeney went on to say that the fire was difficult for tanker trucks to reach the fire with water on the narrow dead end Clagett Road adjacent to the Susquehanna River. Fire crews shuttled water the scene from a nearby fill site in Wyalusing Township.

The fire was not fully extinguished. Keeney said firefighters would go back later Tuesday to examine what was left of the scene.

Wysox, Towanda Borough, North Towanda, Herrickville and Wyalusing fire crews all responded to the fire as well as Guthrie Memorial EMS. Athens Borough was on standby.

A GoFundMe page has been set up to aid the family at www.gofundme.com/f/7kwps-family-of-5-lost-everything-in-a-house-fire . Ball said that the family is in need of clothes the most.