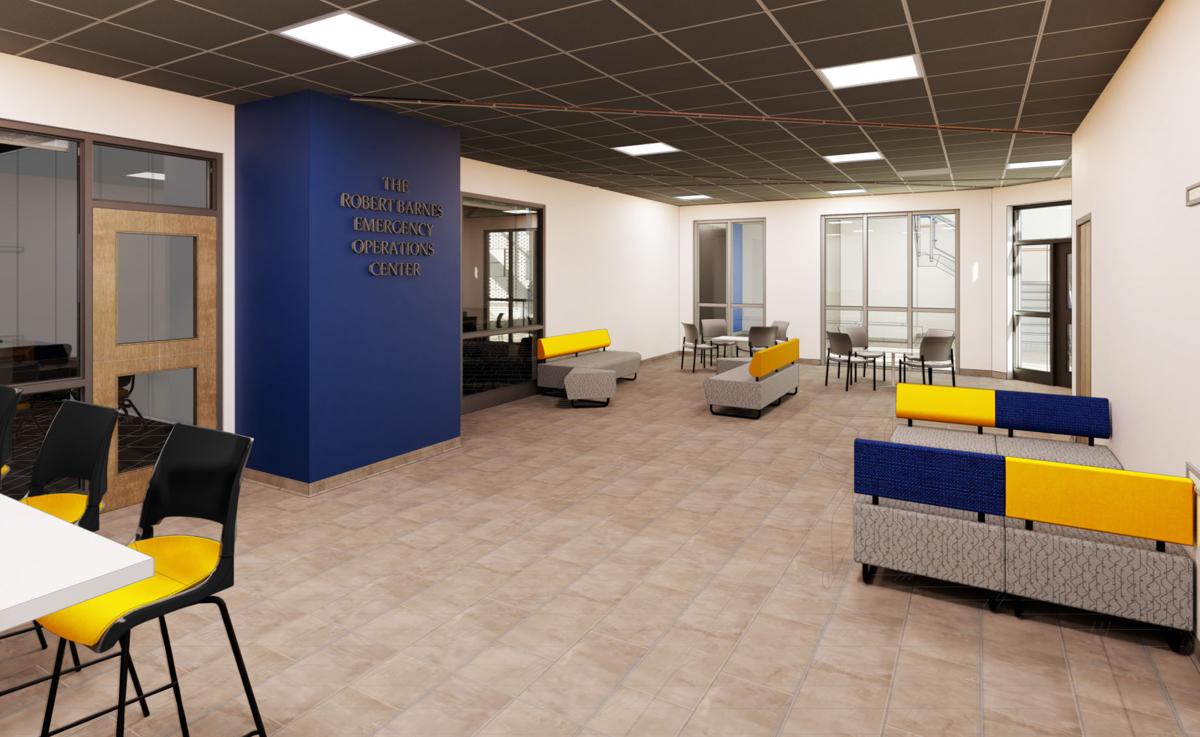 Pictured is what the Robert Barnes Emergency Operations Center will look like inside the new John Mosser Public Safety Center being constructed along Route 6 in North Towanda Township. 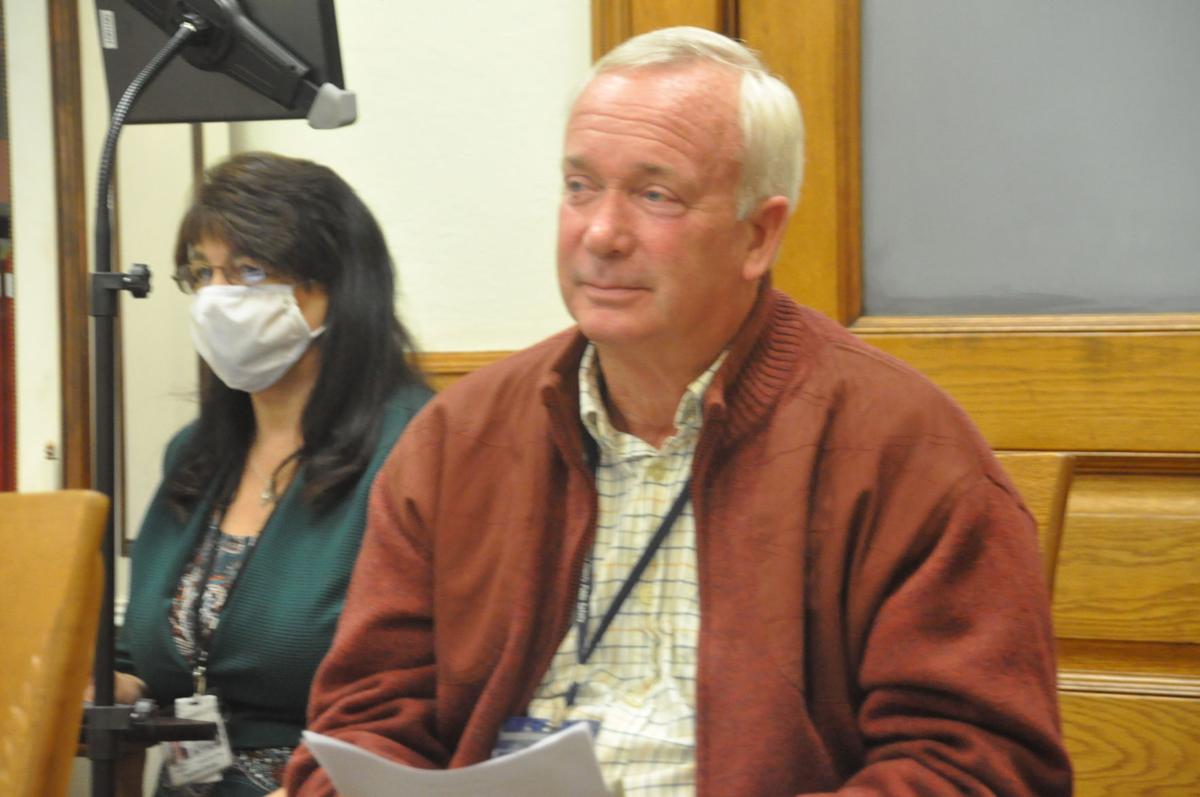 Bradford County Public Safety Director Robert Barnes is pictured during Thursday’s commissioners meeting, which included the announcement of his second retirement from the county and the surprise naming of the new emergency operations center in recognition of his service over the years.

Pictured is what the Robert Barnes Emergency Operations Center will look like inside the new John Mosser Public Safety Center being constructed along Route 6 in North Towanda Township.

Bradford County Public Safety Director Robert Barnes is pictured during Thursday’s commissioners meeting, which included the announcement of his second retirement from the county and the surprise naming of the new emergency operations center in recognition of his service over the years.

But not long after his departure was announced Thursday, commissioners unveiled a surprise – that the emergency operations center inside the new John Mosser Public Safety Center has been named in Barnes’ honor.

According to Commissioner Chairman Daryl Miller, Barnes has always risen to the occasion, whether it was flooding, a snow and ice storm, or a tornado.

“Then you retired – and came back when we needed you to serve your county,” said Commissioner Doug McLinko.

Barnes initially retired in May 2017 after having served the county for six years. He came back to the position in late September 2018 to replace Jeff Scarboro, who resigned following a traffic stop in Athens Township that resulted in a charge of possession of drug paraphernalia. Scarboro pleaded guilty to the charge in February 2019.

Barnes leaves with 46 years in public service, including 19 years as fire chief and emergency manager for the city of Oneonta and nine years as emergency services coordinator for Otsego County in New York state.

“His strong point is staying clam,” McLinko said about Barnes. “You have to put calm into people. Like when that flood was going on, what did we have? Damage to 2,400 homes I think? It was a lot. You can’t have people lose their cool. That man has an unbelievable gift at keeping people calm.”

Remembering Barnes’ initial interview with the county, 911 Director Robert Repasky said, “With what he brought to the table, after he left I said, ‘If we don’t grab him now it will be the biggest mistake we ever made.’ It was a good decision.”

Not long after joining the county in December 2010, Barnes found himself dealing with flooding.

“I was told nothing ever happens in Bradford County,” Barnes remembered. “We’ve had three presidential declarations.”

As McLinko noted, during Barnes’ career with the county, he has been able to see the new Public Safety Center project through from concept to near completion.

Although the project was delayed due to COVID-19, construction was able to resume this past summer and county officials anticipate its completion before the end of the year.

Barnes said the county should be proud that they were able to bring the project to fruition, and that it will be able to serve the area for decades to come with new technology.

“Technology ties the entire building together, which we don’t have now,” Barnes explained. “Even though we’re all housed in the same building today, we still have to dial seven digits from one department to another. Our ability to share maps and data and communications back to the EOC is limited, and the new technology will allow us to almost seamlessly take information that’s being received by the dispatchers, bring it into the EOC and GIS where it can be mapped. If we need to change or adjust or add to the dispatch with detours of traffic, road blocks, or bridges out, or whatever the case might be, it can be done right there and then fed back to the dispatchers so everyone has the same information.”

Now with his name a permanent fixture of the new building, Barnes said he was “floored with the honor.”

“Thank you for everything you’ve done for the county all of these years,” said Commissioner Chairman Daryl Miller. “You’ve been a phenomenal asset.”

McLinko said the county will have an announcement about Barnes’ replacement soon.