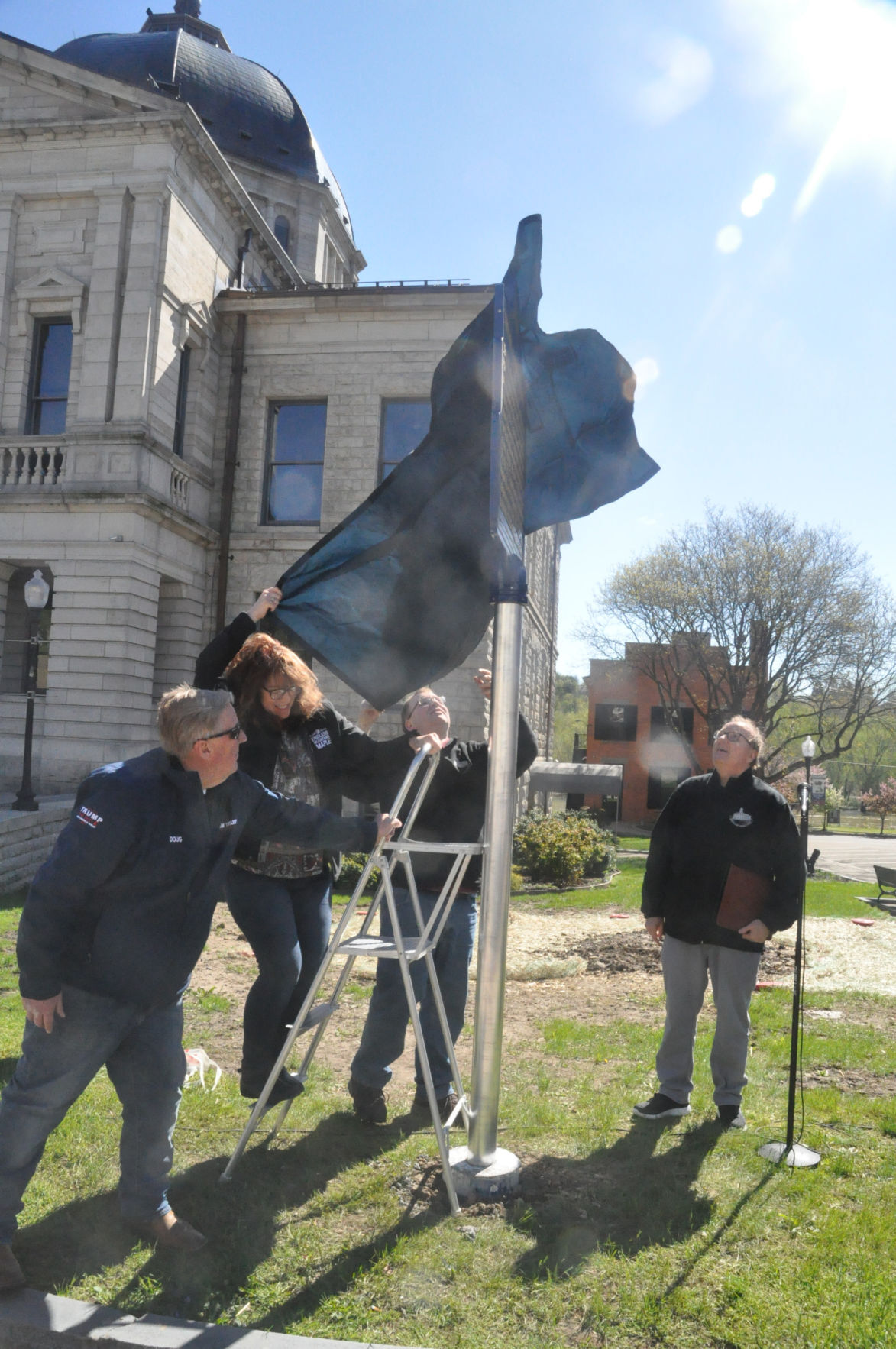 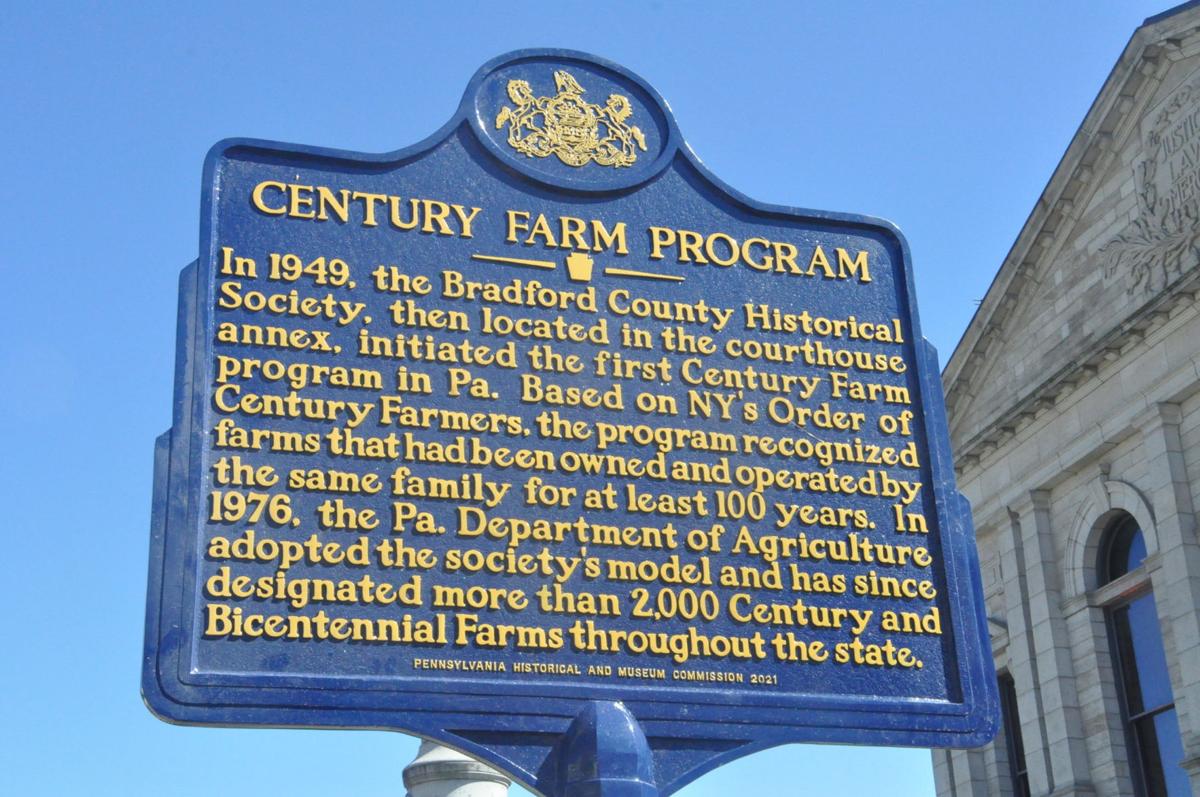 Pictured is the new historical marker that stands in front of the Bradford County Courthouse along Main Street in Towanda Borough. 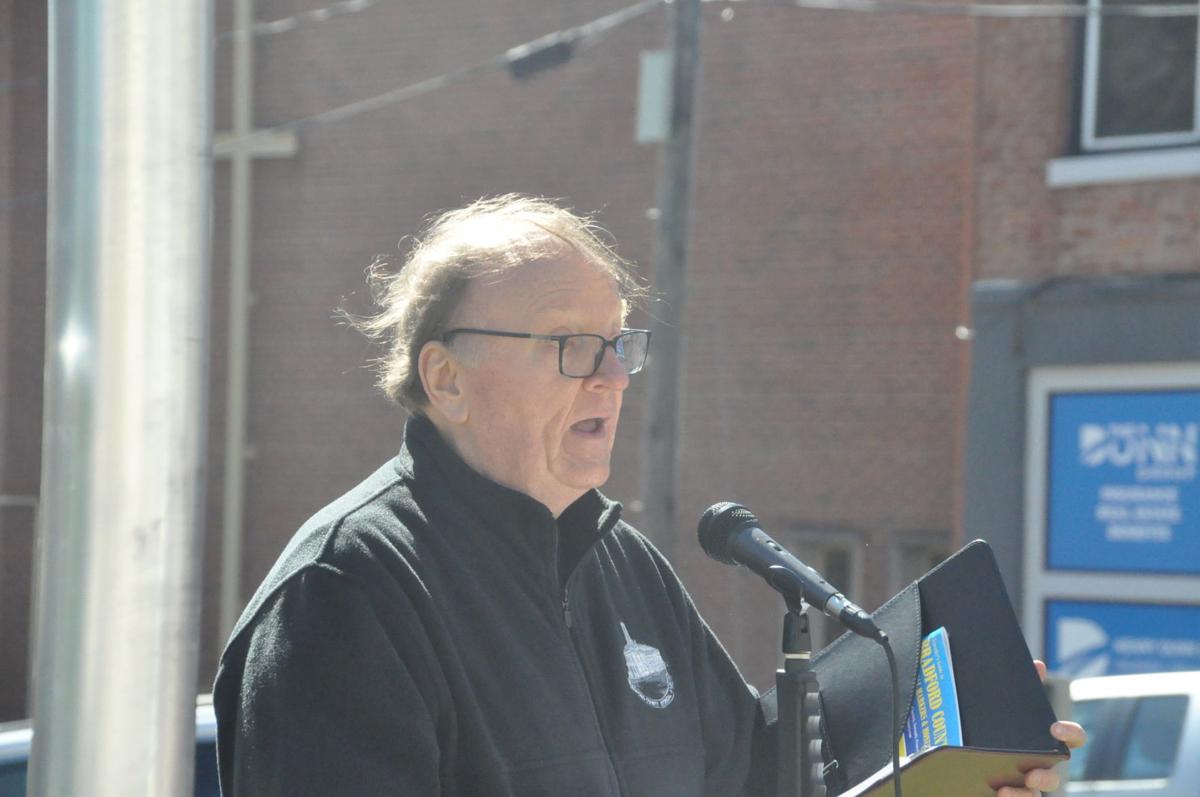 Pictured is the new historical marker that stands in front of the Bradford County Courthouse along Main Street in Towanda Borough.

TOWANDA BOROUGH – A historical marker from the Pennsylvania Historical and Museum Commission now stands in front of the Bradford County Courthouse in recognition of the county’s role in creating what eventually became Pennsylvania’s Century and Bicentennial Farm Program.

On Saturday, the sign was unveiled as part of a ceremony that included members of the Bradford County Historical Society, county commissioners, a representative from the Pennsylvania Historical and Museum Commission, state Rep. Tina Pickett (R-110) and family members from two of the five farms that were originally recognized under the county’s recognition program when it was launched on May 10, 1950.

According to Bradford County Historical Society President Henry Farley, the idea for the program first came about in 1949 under the leadership of Leo Wilt, who was inspired by a similar program in New York state.

“The Century Farm Program is our way of saying thanks to those who have done so much for us,” Farley said. “The farms and families have greatly varied histories, yet all have the common denominator of durability and the love of the land, and that is our heritage.”

Pennsylvania Historical and Museum Commission member Bill Lewis said he loves coming out to these historical marker dedications knowing how these signs educate the community, and especially this one since it recognizes Pennsylvania’s oldest and most prominent professions.

“A lot of kids get interested in history because of markers and I think that will continue to occur,” Lewis said, while adding that there are more than 2,600 historical markers currently across the state. Farley noted that Bradford County now has 81 historical markers with the addition along Main Street.

“You can name all of the towns in our county and we all had a creamery, we had a feed mill. We had hardware stores, equipment dealers, all kinds of things that knitted our community together and made these communities what they were,” said Commissioner Chairman Daryl Miller.

“I’m proud to be a farmer,” added Commissioner John Sullivan, whose family has been involved in agriculture in Bradford County since 1836. “The thing about farmers is they’re not only farmers, but they serve on school boards and are township supervisors and have been part of committees to help the community be better and do things.”

Farms have also provided a source for stone, timber, recreation and, more recently, natural gas, according to Commissioner Doug McLinko.

Sheila Russell, who is part of an Orwell Township family farm that was founded by Daniel Russell in 1796 and was one of the five originally recognized by the Bradford County Historical Society, said she couldn’t be more proud to live on the same farm as her ancestors, and hopes it can continue for many years to come.

The farm has produced hay, alfalfa, corn, and maple syrup over the years, according to Sheila’s father Rexford Russell, who added that he’s enjoyed the work during his 91 years of life.

“I just enjoy watching things grow, not only crops but also buildings that we’ve developed over the years,” he said.

“Growing up on a farm is a good life for kids,” Sheila added. “We had lots of fresh air and sunshine, and it gave us a rock solid work ethic. Everything in life after that was easy.”

Pickett remembered being on her grandparents’ farm growing up and seeing that although they worked hard, they enjoyed their life.

“Agriculture is a complicated business these days. It’s not an easy business to run,” Pickett added.

Lewis thanked Pickett and state Sen. Gene Yaw (R-23) for their support of the Century and Bicentennial Farm Program over the years.

Farley said the Bradford County Historical Society can help anyone looking to apply for a Century Farm historical designation.

“We have all the deed books there, so we can take a look back and help you out,” Farley said.