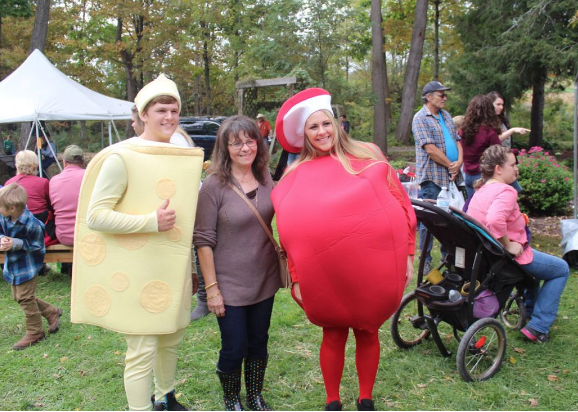 Guests were given the opportunity to pose with life size apple and cheese characters at the Pennsylvania Apple and Cheese Festival in 2018. 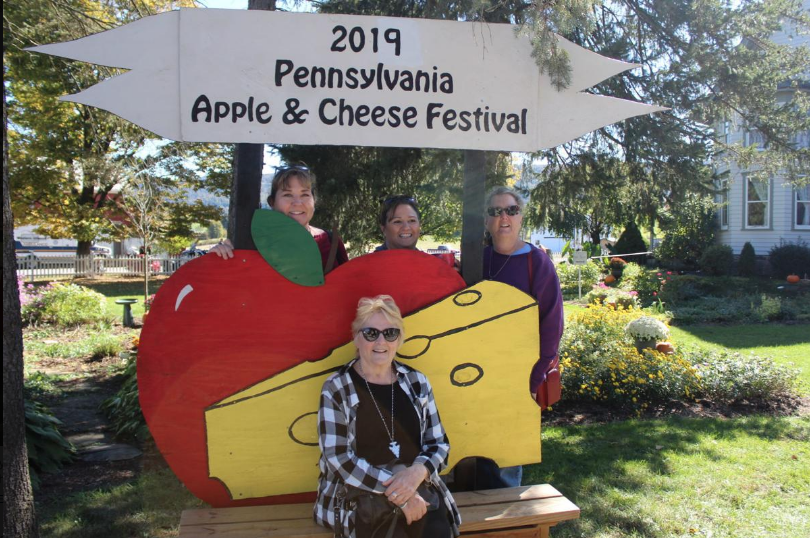 Locals and travelers alike gathered at the 2019 Apple and Cheese Festival in Canton.

Guests were given the opportunity to pose with life size apple and cheese characters at the Pennsylvania Apple and Cheese Festival in 2018.

Locals and travelers alike gathered at the 2019 Apple and Cheese Festival in Canton.

After 30 years of apple dumplings, live entertainment and other fall fare, the Pennsylvania Apple and Cheese Festival will not open its doors in 2020.

According to Lucy Chamberlain, president of Rekindle the Spirit, Inc., the festival’s host organization, due to a lack of both volunteers and vendors the Apple and Cheese Festival will not be held in Canton this fall for the first time in three decades.

Chamberlain stated that the decision to cancel this year’s festival was “quite heartbreaking for all of us, but necessary” and made official when a vote was taken by the Pennsylvania Apple and Cheese Committee on Jan. 8 after it has “has been considered for the past few years.”

“This decision was not an easy one and we have met several times over the past few months to discuss this concern and our options,” she said. “Over the past three years, there have been advertisements, posts and personal pleas for more volunteers to coordinate the festival, but we have not had enough step forward to continue the festival for 2020. It is a year-round commitment and due to this, a decision needed to be made now, rather than continue to wait and hope for more people to come forward or agree to our requests after we have contacted them.”

Chamberlain stated that while “the success and attendance (of the festival) were always encouraging,” the committee has not only been unable to find volunteers as they have been “reducing annually without finding replacements for the key positions responsible for organizing the festival,” but also struggling to book apple product vendors and cheese vendors, resulting in a large amount of feedback with confusion about the festival’s name after the event in 2019.

Chamberlain told that the festival had a “difficult time attracting enough food vendors to meet the numbers in attendance” at last year’s festival and was concerned about the same issue in 2020, especially as the East Canton UMC Apple Dumpling Gang, a long time vendor, announced that they would not be returning in the new decade.

“As a committee, Rekindle the Spirit, Inc. and its PA Apple and Cheese Committee believes it is time for Rekindle the Spirit to be honest and do what is necessary for this particular festival,” Chamberlain said. “Under the circumstances we would rather take a break after 30 wonderful years than try to scramble with just a few members trying to do so much and not have the organized success of the past.”

Chamberlain noted that the committee is open to the possibility of bringing the Pennsylvania Apple and Cheese Festival back in the future if more “key positions and coordinators” are found and that in the meantime Rekindle the Spirit Inc. will focus on the annual Wine and Cheese Festival, scheduled for June 27, as well as renting the grounds for events and hosting smaller activities.

Chamberlain stated that the Rekindle the Spirit Inc. board is open to suggestions about what classes and teachers should be hosted as activities at the property and urged community members to each donate at least two hours per month to community organizations.