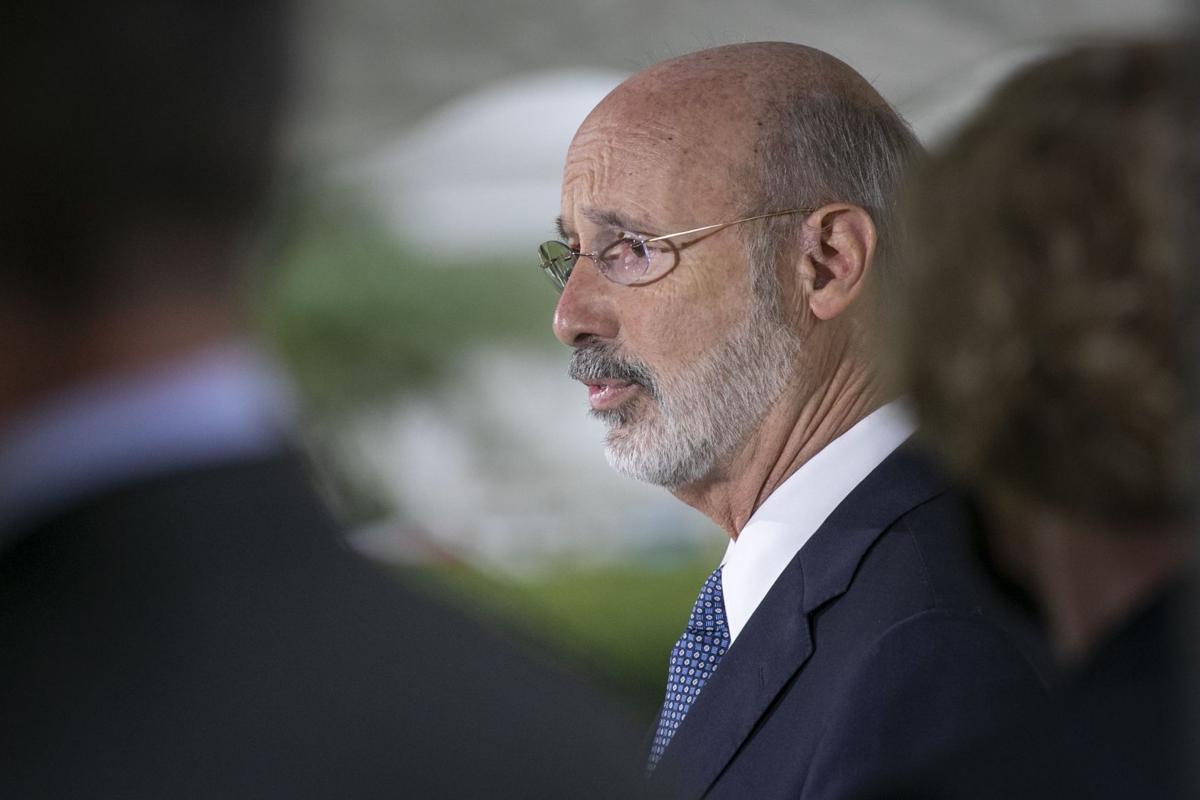 In a statement, Gov. Tom Wolf said the proposal “would hinder our ability to respond quickly, comprehensively, and effectively” to another wave of COVID-19.”

HARRISBURG — Republicans in the Pennsylvania House are advancing a measure that would give the legislature more power over the executive branch, the result of long-festering resentment against Democratic Gov. Tom Wolf over his actions to control the coronavirus pandemic.

The constitutional amendment would require the governor to seek approval to continue an emergency order after 21 days, and give the legislature the ability to end such a declaration unilaterally at any time.

Since March, after the state identified its first COVID-19 cases, Wolf has issued or renewed a disaster declaration three times, most recently in November. Such an order greatly expands the executive’s powers, allowing the governor to suspend regulatory provisions, control travel from certain areas, and suspend the sale of guns.

In June, Republicans, with support from a handful of Democrats, tried to force Wolf to end his emergency order, but the state Supreme Court ruled against them.

The House State Government Committee advanced the proposal — written by the committee’s chair, Rep. Seth Grove (R., York) — along party lines Wednesday. The question is on track to go before voters this May during a low turnout primary.

“If the General Assembly, a co-equal branch of government, does not believe that the governor is acting properly, then the General Assembly should have a right to override that governor’s disaster emergency order,” said Rep. Russ Diamond (R., Lebanon), a frequent critic of the Wolf administration’s universal mask-wearing order.

In a statement, Wolf said the proposal “would hinder our ability to respond quickly, comprehensively, and effectively” to another wave of COVID-19.” Currently, a governor can order a 90-day disaster declaration and extend it as needed.

“Premature termination or non-renewal of the current COVID-19 disaster emergency will be disastrous for the commonwealth,” Wolf said. “It will undo all of the progress that has been made in combating the spread of COVID-19 and saving the lives of Pennsylvanians, and put the commonwealth in a poor position to address another resurgence.”

In the spring, the Wolf administration closed certain businesses to slow the spread of the virus, a move Republicans fought to overrule repeatedly. After seeing a decline in cases through the summer, Pennsylvania saw a strong surge in the fall, with daily cases peaking above 12,000.

In response, Wolf and Health Secretary Rachel Levine temporarily suspended indoor dining and school sports after the Thanksgiving holiday. That power to close businesses and restrict their actions does not come from the disaster declaration, the administration has argued, but from a seperate part of state law.

“Ending the disaster declaration would not reopen anything. It just wouldn’t,” Wolf said in June. “And anybody who says differently is wrong.”

The amendment advanced Wednesday would also enshrine in the constitution anti-discrimination protections for Pennsylvanians based on their race and ethnicity. It does not provide protections for people based on gender or sexual identity, a long-standing priority for Democrats and some Republicans.

“That specific amendment was added in the Senate,” Grove said when asked why his measure does not include LGBTQ protections. “I do not know why they did or did not add them at that time.”

Unlike a bill, constitutional amendments don’t go to the governor for approval or veto. Instead, they have to pass the legislature twice in consecutive sessions before going to voters for consideration.

Wolf said Wednesday the proposal “demonstrates that we need to rethink the very way that our constitution is amended.”

“No political party should control when and how our governing charter is changed,” he said.

The full House will return to session Jan. 25. Leadership did not respond to requests for comment on when the measure may be called up for a vote.