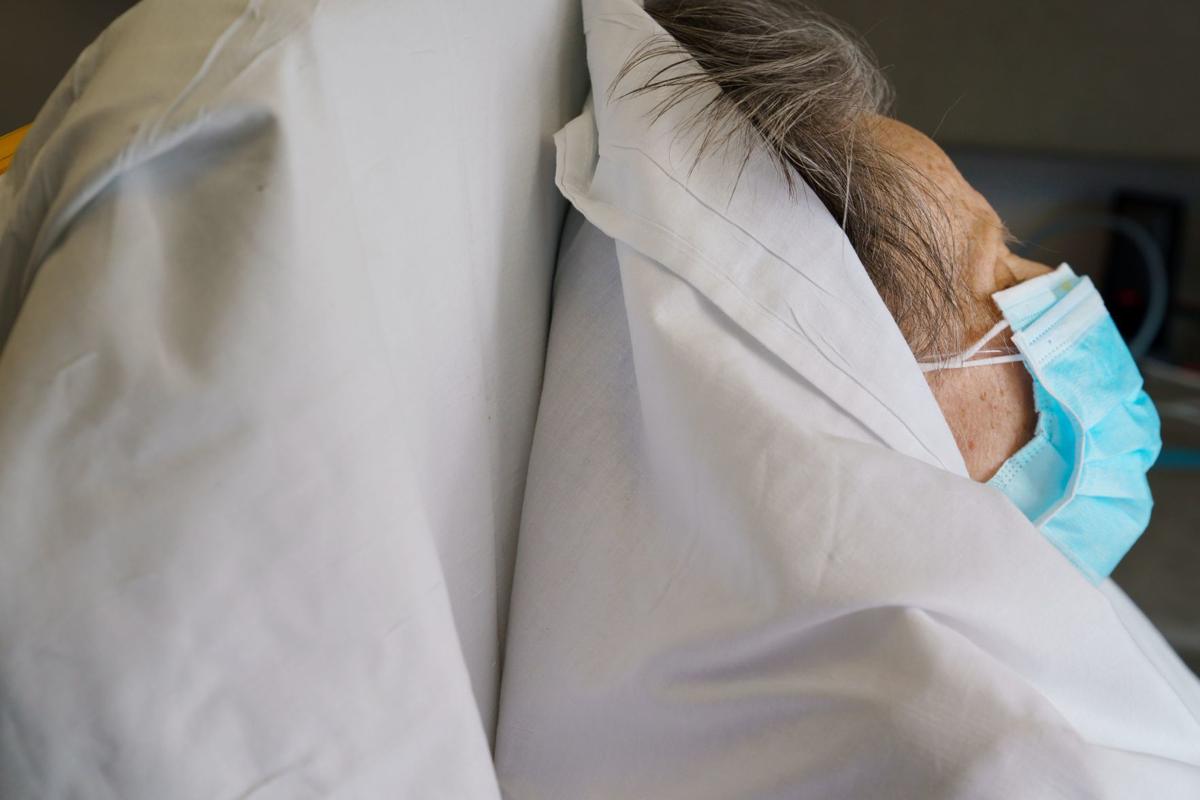 More than 3,000 residents of long-term care facilities have died, accounting for nearly 70% of the state’s coronavirus deaths.

Gov. Tom Wolf called it a “fairly radical” plan with a goal to conduct testing “once a week for everybody — employees and patients and clients.” Health Secretary Rachel Levine said the move, which marked a major reversal from the state’s previous approach, was necessary to protect a vulnerable population.

“By testing every resident and every staff member in every nursing home, we will be able to pinpoint exactly who has COVID-19, who has been exposed but [has] no symptoms,” Levine said at a news conference last Tuesday. “This effort will give us a clearer picture of the extent of outbreaks in nursing homes and a head start at stopping them.”

But a closer examination of the administration’s plan — along with interviews with senior-care advocates, lawmakers, and nursing home operators — reveals it falls short of official claims, has fueled some confusion on the ground, and would allow any nursing home to opt out of the robust testing suggested by the state.

“What we heard from the governor and from the secretary of health was that the plan would be much more radical and much more universal,” said Karen Buck, executive director of SeniorLAW Center, a Philadelphia-based nonprofit that provides legal services and advocacy for older Pennsylvanians. “And what we’re seeing now is not that.

Since the arrival of the coronavirus, nursing homes in Pennsylvania have been left largely to fend for themselves. State officials suspended nearly all inspections, visitors were barred, and the Health Department has not yet released a list of cases and deaths by facility. In the absence of more information, family members are struggling to understand how or if their loved ones are protected.

A Spotlight PA investigation published this month found the state had an early plan to protect nursing homes, using strike teams of medical professionals that could visit as soon as cases were detected and improve infection prevention, staffing plans, and more. But it was never fully implemented.

Today, long-term-care facilities have become the epicenter of the state’s pandemic. As of Monday, more than 13,000 COVID-19 cases had been reported across 561 nursing homes and personal care homes. More than 3,000 residents have died, accounting for nearly 70% of the state’s coronavirus deaths.

The issue came to a head two weeks ago, when senators held a hearing to press the Wolf administration on its lack of action, including the failure to implement widespread testing. At the time, Levine said testing all nursing home staff and residents was unrealistic due to a lack of supplies and the inaccuracy of tests, and that only people with symptoms needed to be tested.

Five days later, the administration changed course and announced what it called a “universal testing” plan.

The plan, however, does not cover all residents in all homes, and unlike those being implemented in neighboring states, it is not mandatory. Maryland was among the first states to mandate testing for nursing homes in late April, though logistical challenges have slowed the process. West Virginia completed testing all nursing homes in early May, using public health officials and the National Guard. New Jersey has set a deadline of next Tuesday for facilities to test all residents and staff, and in New York, nursing homes that don’t comply with universal testing could face fines and loss of licensure.

Pennsylvania’s Department of Health is helping nursing homes acquire testing swabs and contract with labs independently, spokesperson Nate Wardle said. For those that are unable to do so, the state is distributing 20,000 test swabs from the federal government and processing tests for free at the state lab in Exton. That lab can complete 750 tests a day.

Health officials are also working with the Department of Human Services, which licenses personal care homes and assisted living facilities, to develop testing guidance specific to those facilities, Wardle said.

“The department is committed to testing all residents and staff at long-term-care facilities,” Wardle said. “We are working to assist facilities in need, and we believe that facilities will do the right thing to protect the health and well-being of their residents.”

But advocates, family members, and lawmakers say they’ve seen time and again that guidance without enforcement is not enough.

Sen. Katie Muth (D., Montgomery) pointed to the Southeastern Veterans’ Center in Chester County, where officials concealed the extent of an outbreak even as the death toll nearly tripled over a five-day stretch in April. She’s asked the Attorney General’s Office to investigate the center after learning that protocols on infection prevention and the use of personal protective gear were ignored.

“The lack of enforcement really results in a loss of life and further spread of disease,” Muth said, adding that testing guidelines are only useful if they’re enforced.

Victoria Mckenzie started asking administrators at her father’s personal care home in Montgomery County about widespread testing and the staff’s use of personal protective equipment in mid-March. Isolated in New York City after contracting COVID-19 herself, Mckenzie wanted to ensure her 84-year-old father with Alzheimer’s disease would be safe.

In repeated emails and phone calls, the facility, Wyncote Place, and its parent company, Enlivant, gave varying reasons for not testing staff or residents — from the fact that testing required a physician’s order, to the false idea that the Health Department controls all testing. The policy remained the same even after major outbreaks occurred at other Enlivant homes in Georgia and Nebraska.

“I don’t feel that this corporation will do anything they don’t have to do,” Mckenzie said.

On May 9, Mckenzie received a call that her father had a fever and cough, and several other residents had similar symptoms. Five days later he was rushed to the hospital. On Monday, he died.

In a statement, Wyncote Place said it follows testing guidance from local health departments as well as each resident’s physician and is in compliance with all regulations. It also claimed assisted living facilities are distinct from long-term-care facilities, although that is not true in Pennsylvania.

Diane Menio, executive director of the Center for Advocacy for the Rights and Interests of the Elderly, said some facilities may not want to increase testing because they’re unprepared to handle the results. Facilities with fewer resources or space may struggle to separate residents who test positive from those without the virus, and a high number of staffers testing positive could exacerbate staffing shortages.

“Universal testing for all staff and residents should be mandatory,” she said. “This current guidance gives facilities an out.”

Facility owners say it’s not a lack of will, but a lack of resources that makes widespread testing challenging.

Homestead Village in Lancaster has about 100 residents across its nursing home and personal care units, and 100 staff who care for them, said facility president Douglas Motter. For the last eight weeks, the community has been testing any staff or residents with symptoms. About 60 individuals have tested positive so far, 14 residents have died, and 20 residents have recovered.

Motter said he hopes to implement the new guidance on expanded testing this week, but that will require a surge in capacity.

“We’ll have to create our own testing site and use our nursing staff, who are balancing other duties,” he said.

Morningstar Living in the Lehigh Valley has preordered a machine that will allow it to run rapid tests on its own, said Alice Donlan, assistant nursing home administrator. But the machine won’t arrive for six weeks. Until then, the facility will rely on a lab that processes results in one to three days.

Several providers said they were unsure when they were supposed to implement the new guidance and if it required them to test personal-care home residents. Many said it makes little sense to expand testing in nursing homes alone when various levels of care typically coexist on the same campus, and the virus can spread quickly in any congregate setting.

There’s a question of cost, too. Although Medicare and private insurance cover the cost of testing residents, many staffers are uninsured. The Pennsylvania Health Care Association, which represents more than 400 long-term-care facilities, estimates the bill for testing nursing home staff alone could run upward of $5 million.

The association is calling for testing to be mandatory and for the state to help cover the cost.

“If it were mandated, I think we’d have more details and there’d be a stricter plan in place from the state,” said Zach Shamberg, president and CEO of the association.

LeadingAge PA, an association of more than 300 nonprofit facilities, said it would not support required testing in nursing homes until the state provides adequate testing supplies, staffing support, and funding.

The Wolf administration on Monday said providers can seek reimbursement from the federal government for COVID-19 tests and care administered to people who are uninsured. The state Senate also recently passed a bill to allocate $507 million from federal coronavirus funding to support long-term-care facilities. If approved by the House and signed by Wolf, those funds could cover testing.

Levine, the health secretary, said last week the state would help nursing homes with testing using mobile units run by the National Guard. A spokesperson, however, said the National Guard was made aware of the need for mobile units around the time of the announcement, and it’s unclear when they will be operational.

Sen. Daniel Laughlin (R., Erie), who has been pushing for widespread testing since late April, said there’s no more time to wait.

“The Department of Health needs to step in and say, ‘Given the circumstances, this is what we need to do to keep residents safe,’” Laughlin said. “If you don’t mandate it, there won’t be enough compliance to truly knock down this mortality rate.”