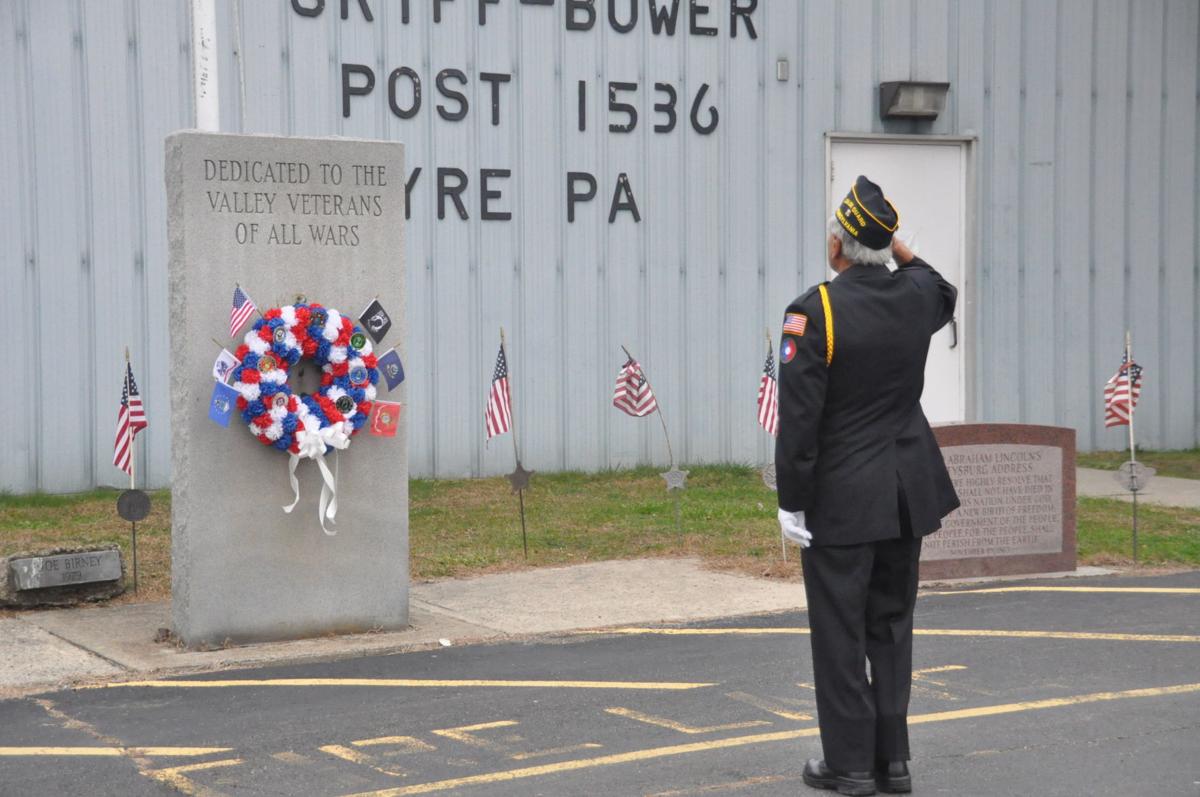 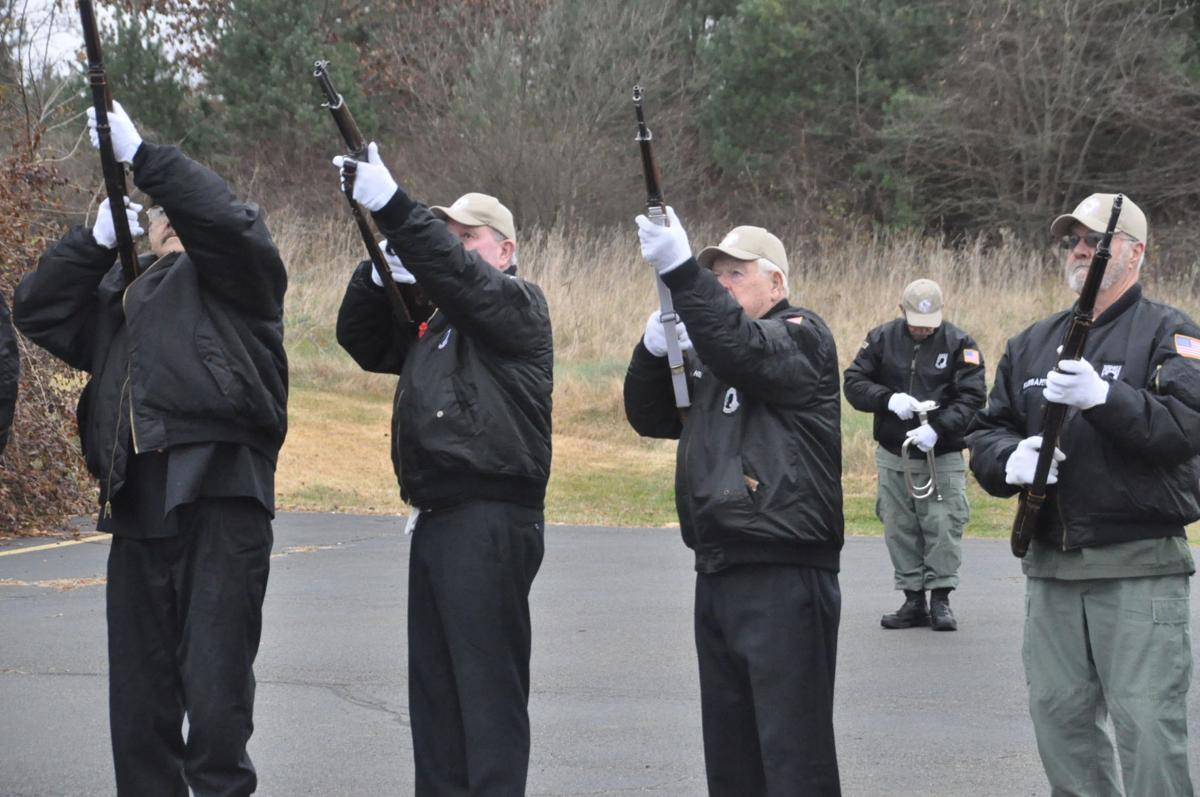 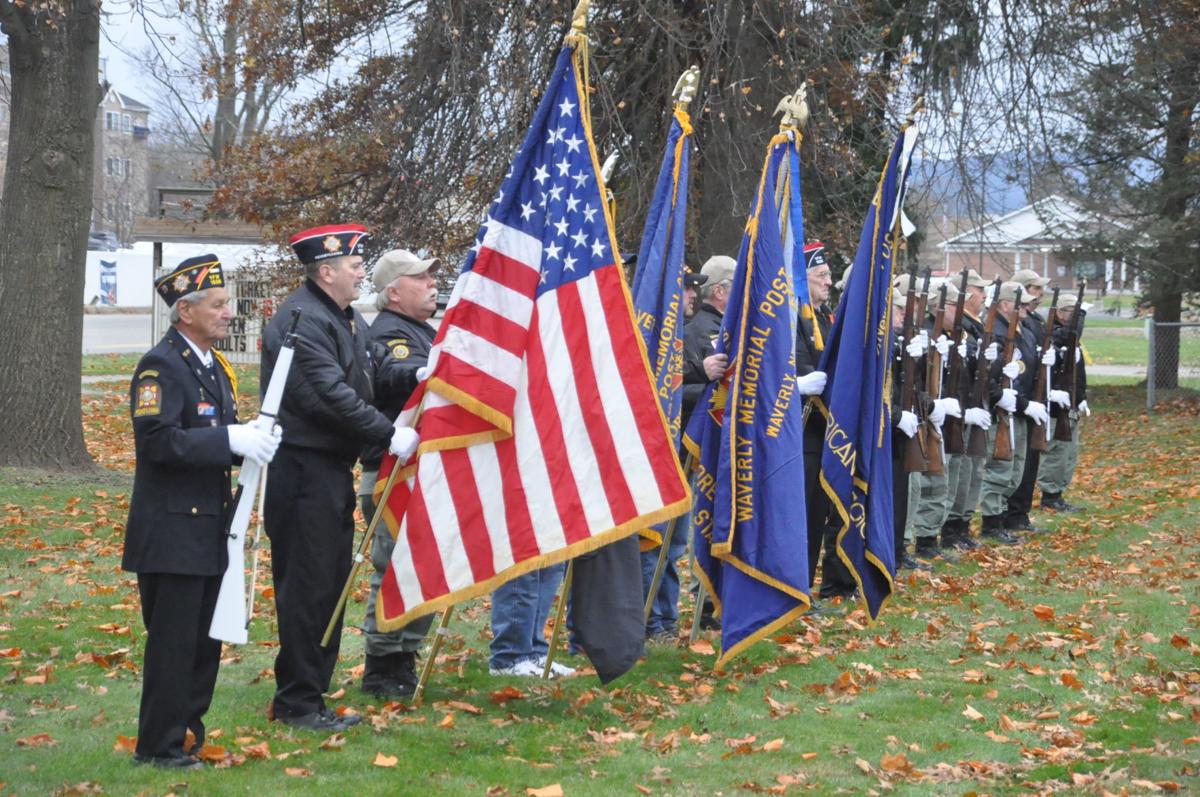 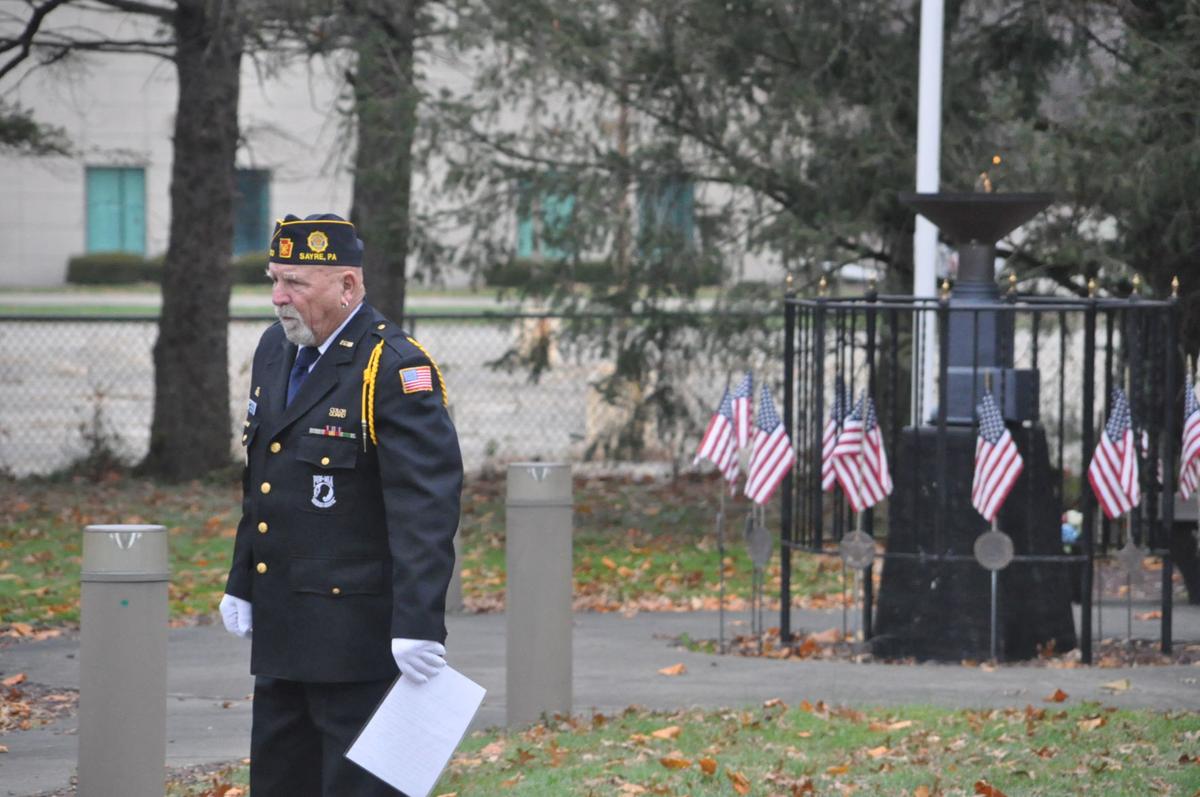 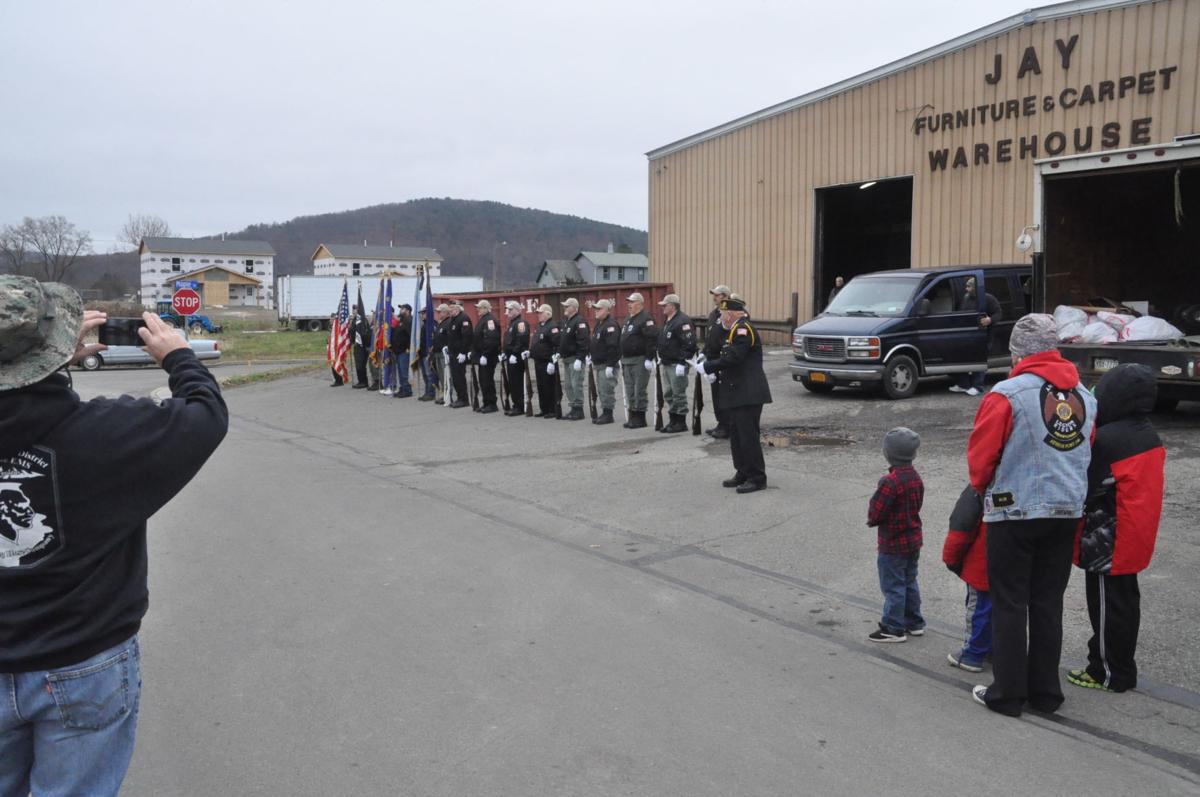 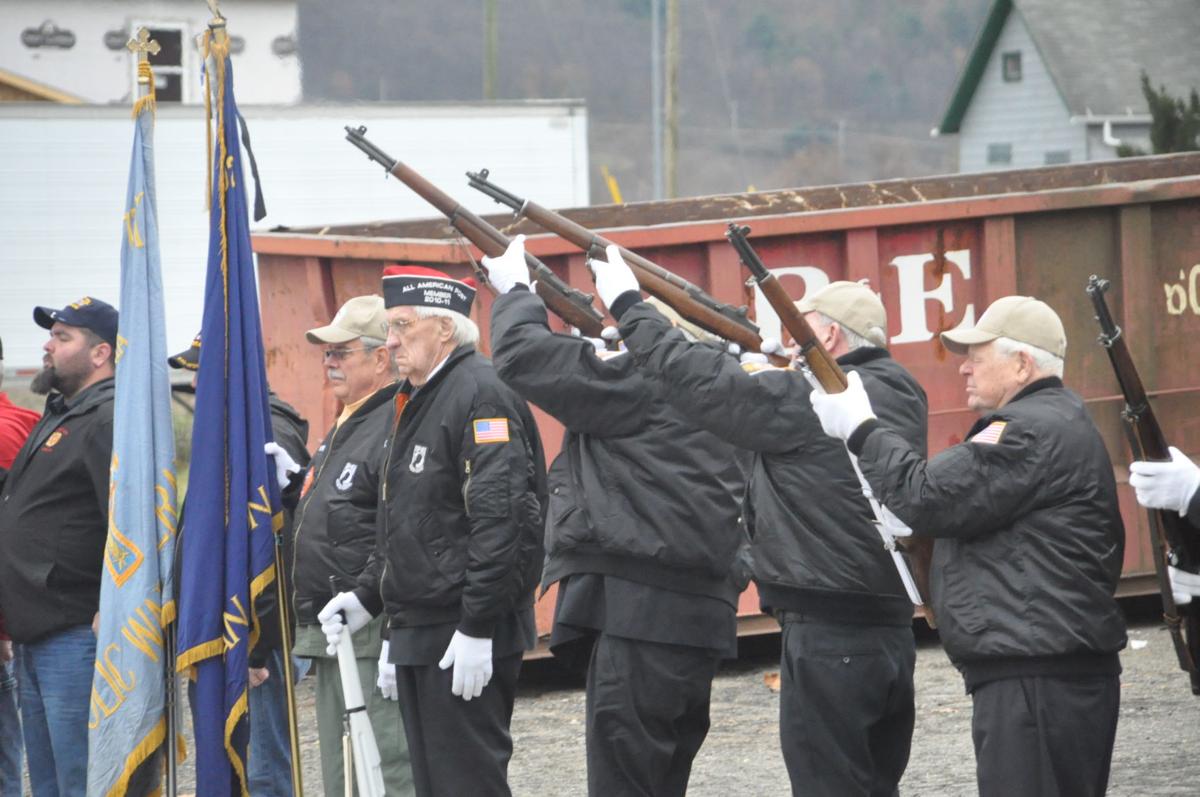 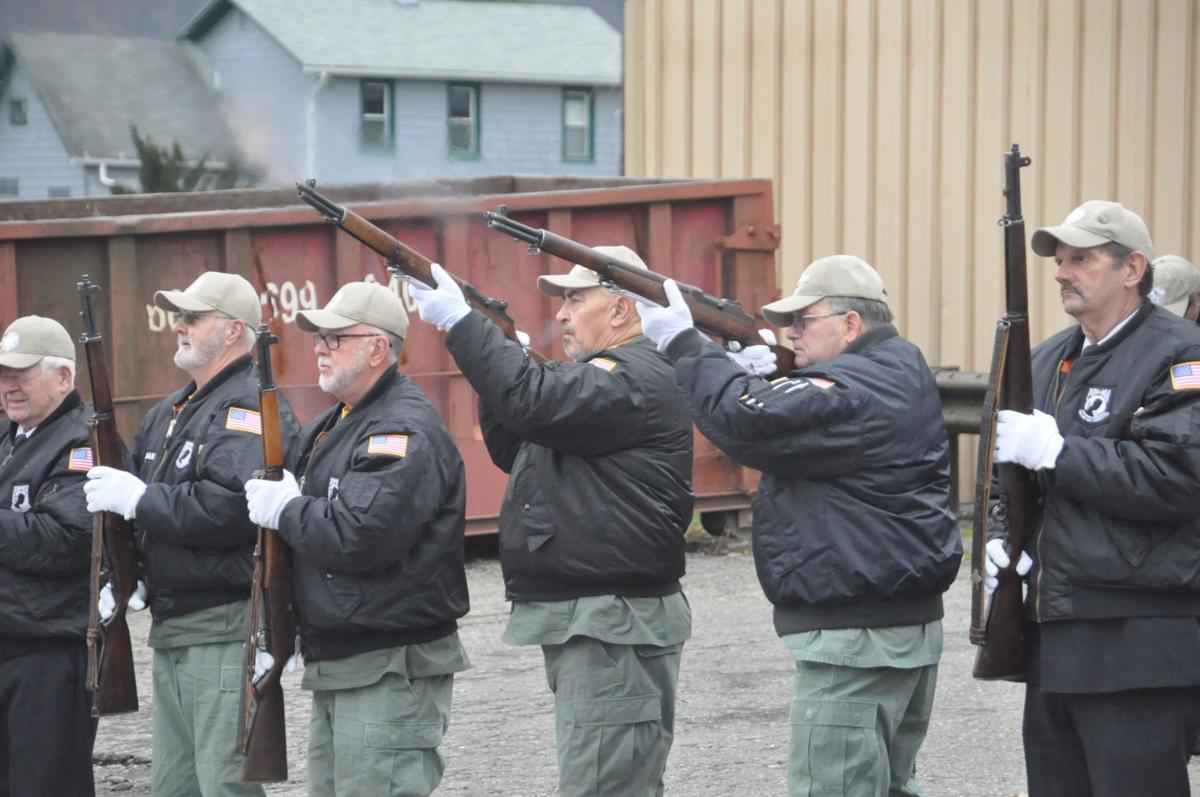 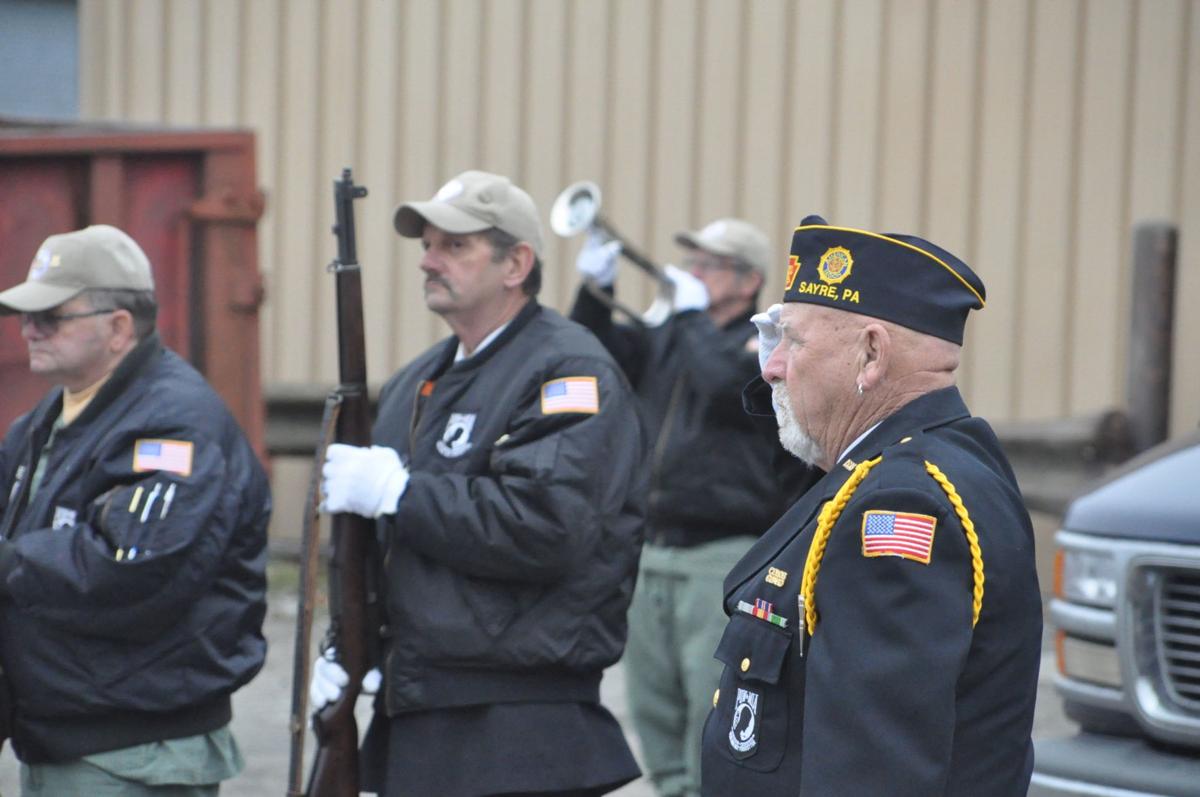 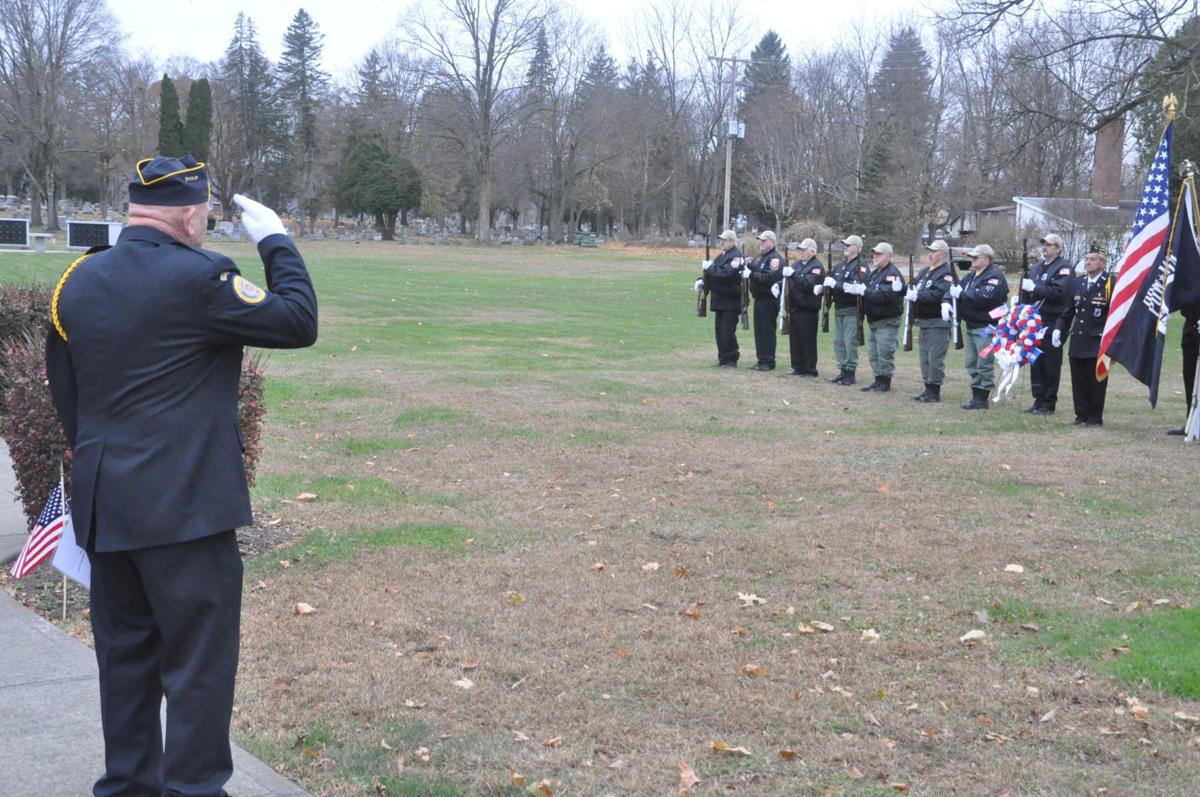 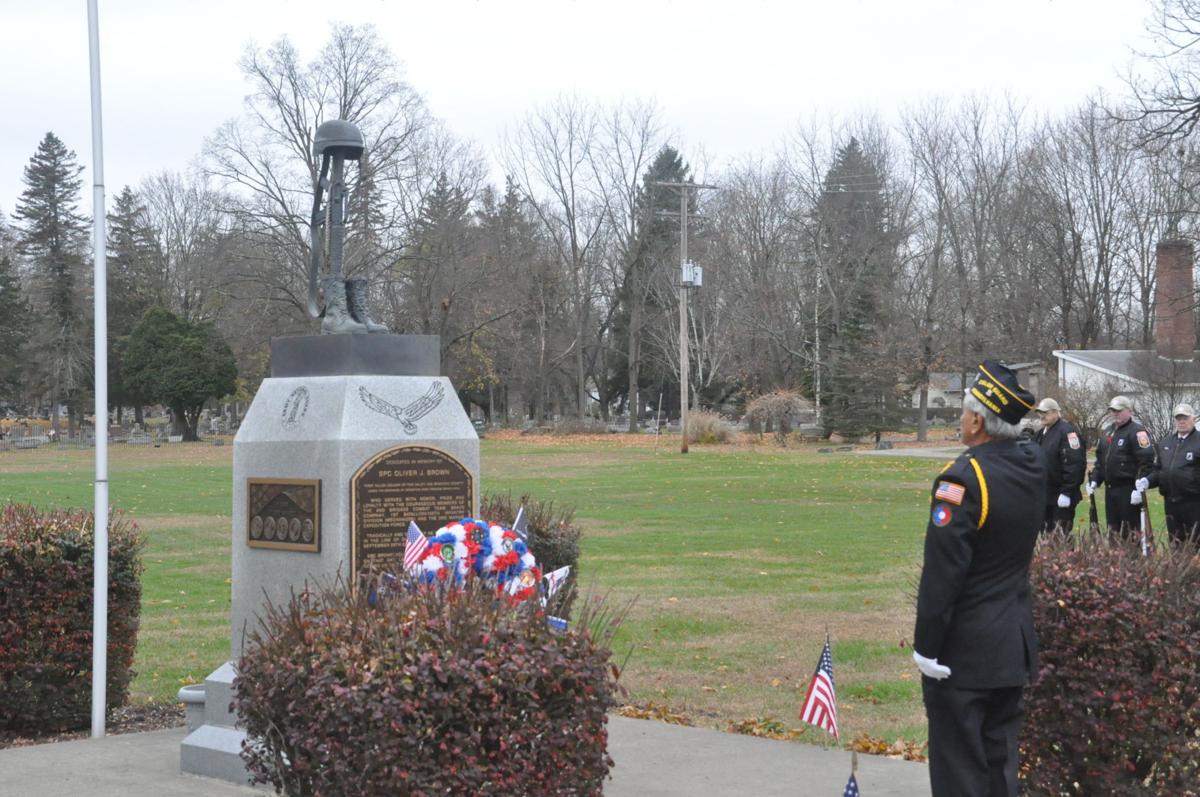 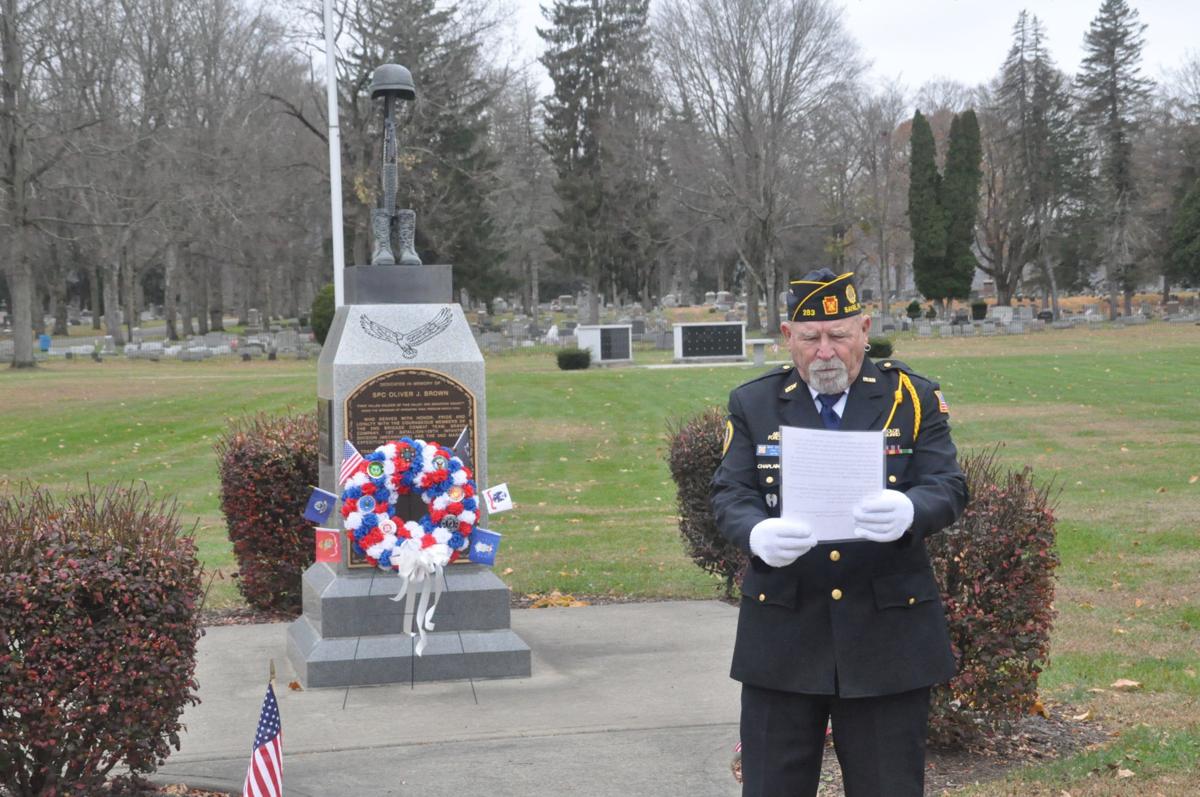 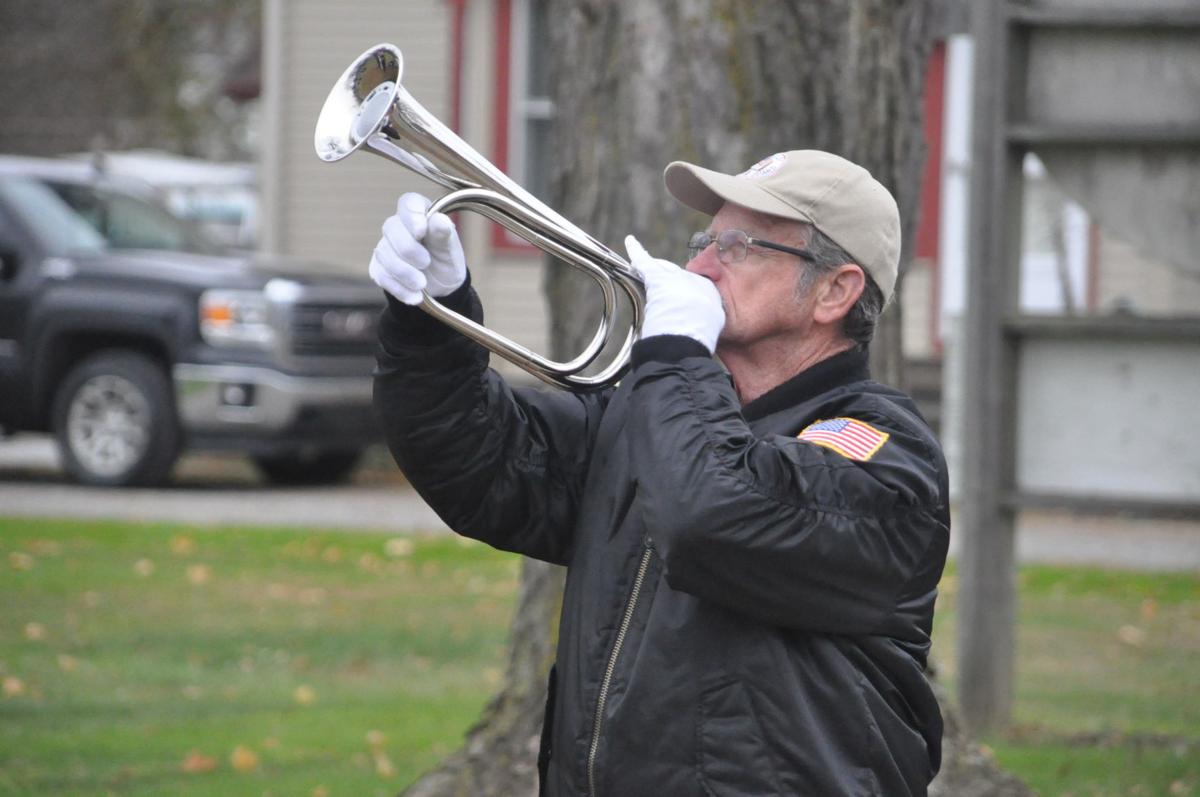 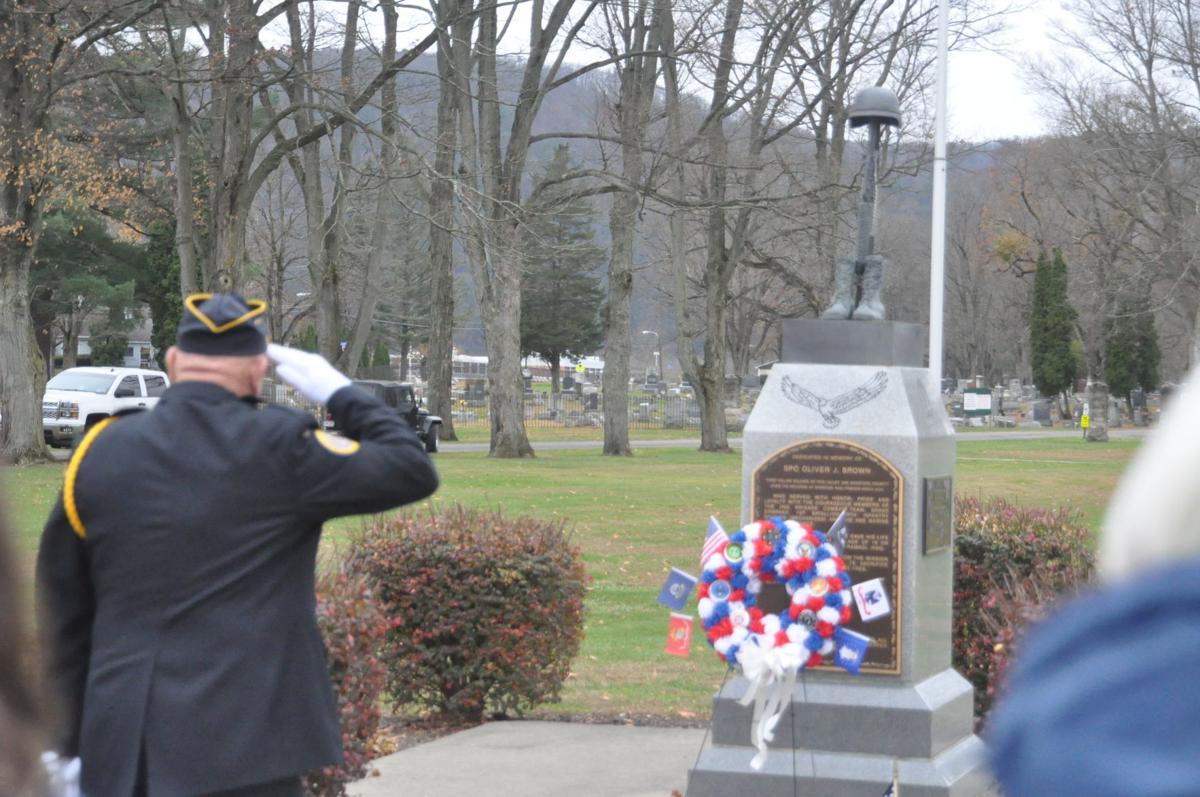 The Valley Color Guard made 17 stops throughout the Valley Monday as part of its Veterans Day tradition to pay tribute to all of those who have served the country. The tour kicked off at 9 a.m. at the Sayre Skiff-Bower VFW Post 1536 before making its way elsewhere through Athens Township, then Athens Borough, Sayre Borough, the Village of Waverly, and South Waverly. Each tour began with a prayer from Valley Color Guard Chaplain Mike Guilford, followed by the firing of volleys and the playing of “Taps.” Some ceremonies also included the laying of a wreath. The final ceremony was held at the Waverly VFW Post 8104.