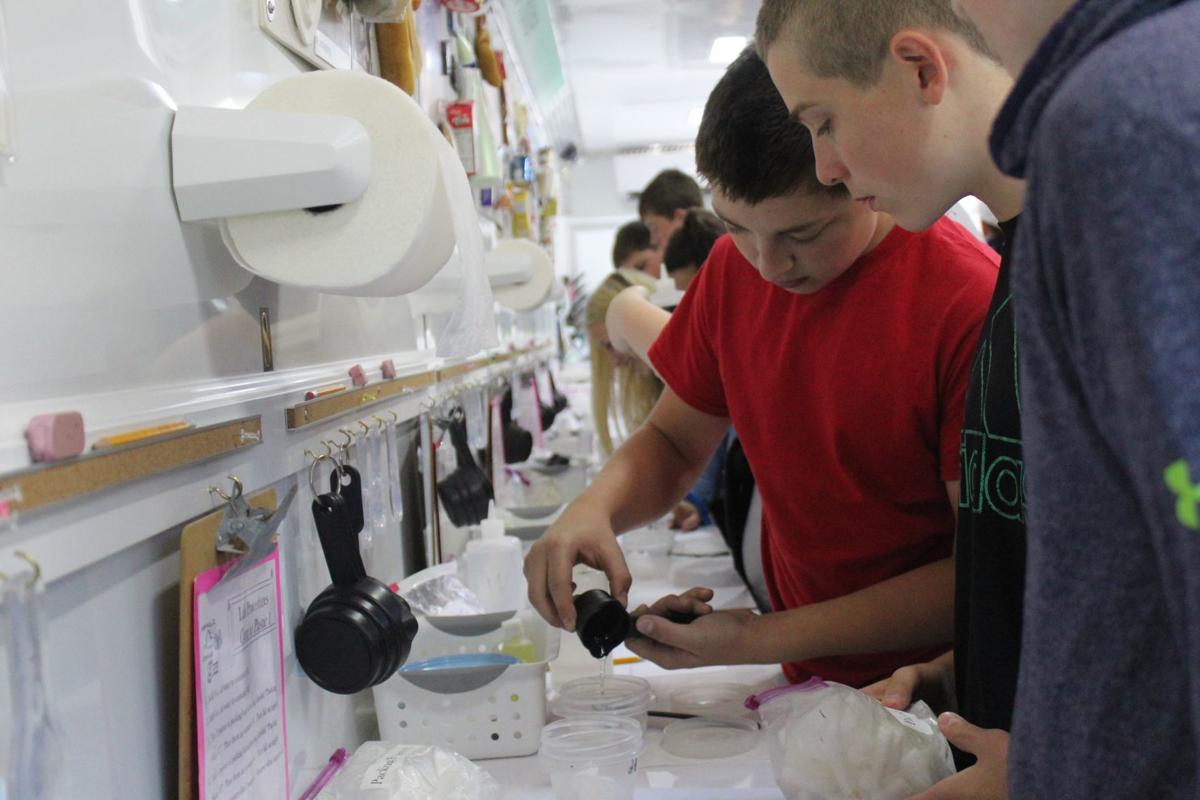 Troy eighth graders completed an experiment on Friday to test how long it takes packing peanuts to biodegrade. 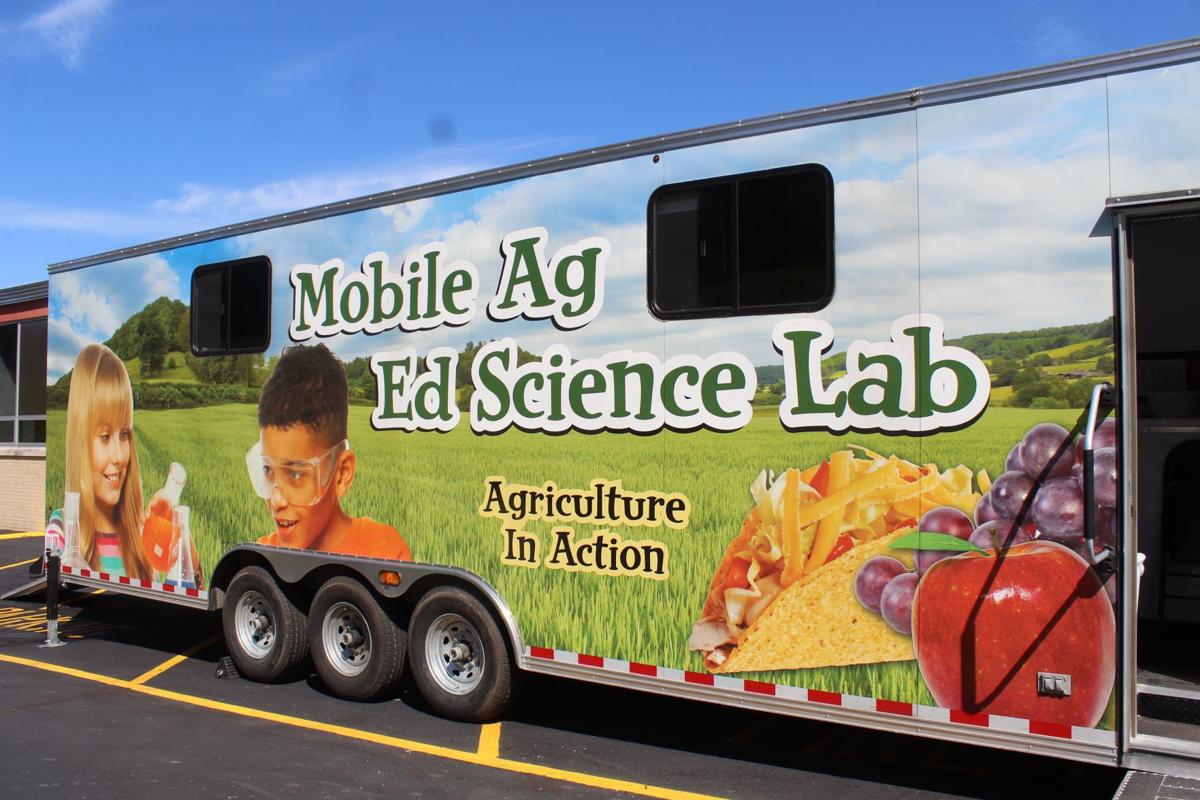 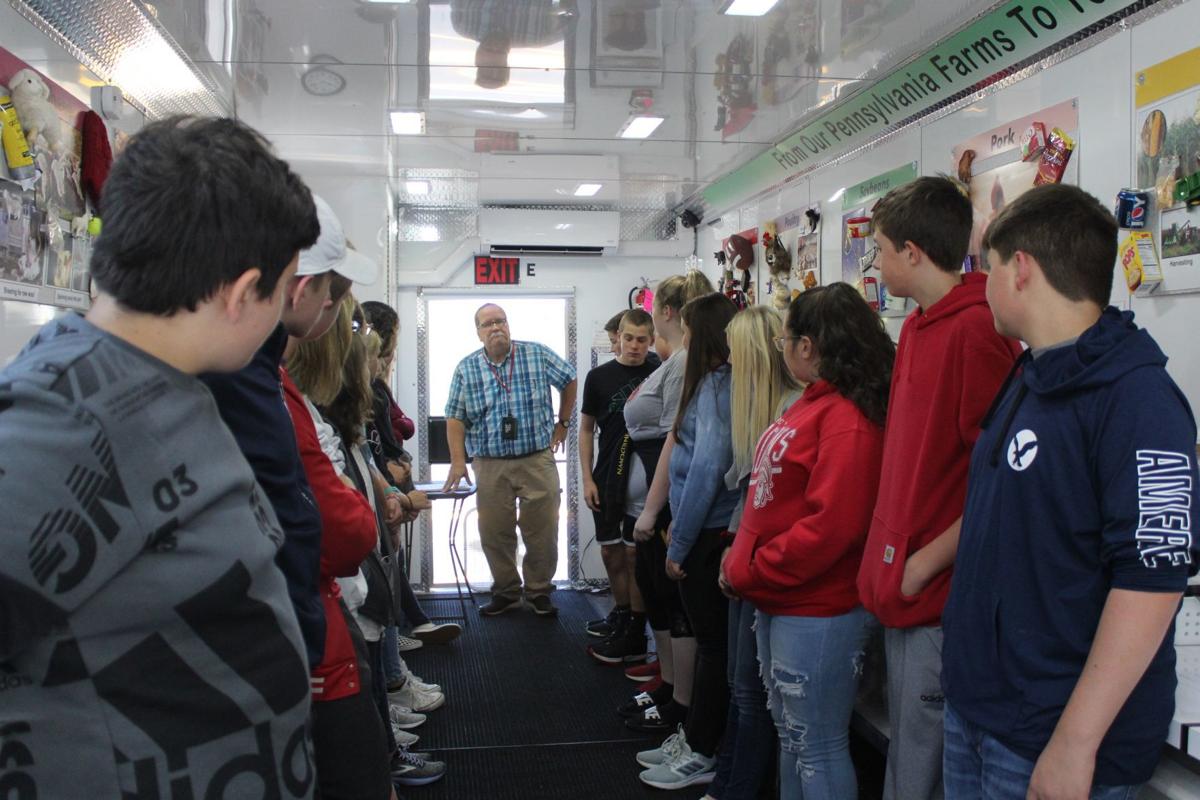 Troy eighth graders completed an experiment on Friday to test how long it takes packing peanuts to biodegrade.

TROY — What do soy beans, packing peanuts and the scientific method have in common? A Mobile Ag Ed Science Lab!

One of Pennsylvania’s six Mobile Agricultural Education Science Labs visited Troy Intermediate School this week and welcomed students in kindergarten through eighth grades to dive into the science of the world around them.

Through experiments with soybeans and cement, water testing, biodegradable packing peanuts, pizza and more, the Mobile Ag Ed Lab lends each student an opportunity to discover first hand the science of their food sources and beyond.

“I think the biggest benefit (of the lab) is first of all every single child is doing hands-on science,” stated Mobile Ag Lab teacher Mark Kline. “It’s all about hands-on science and whether you live on a farm or not, kids don’t realize that if they eat then agriculture affects them every day. So, it’s just kind of that raising that awareness that agriculture is all around us even if we’re not sure.”

Kline explained that the six agriculture labs travel across the Commonwealth and are sponsored by Pennsylvania Friends of Agriculture, a non-profit organization run through the Pennsylvania Farm Bureau and funded by local donations at each school.

Kline stated that lessons from the lab can serve as a start to students becoming more interested in science and agriculture with a hands-on element not offered as often as technology becomes more and more prominent in the classroom.

“You hope to plant the seed, you may not see it grow but you hope that it does,” he said. “We’re going too much towards technology...and not that there’s not technology in the agricultural field as well, however there are still some basic elements that kids ought to know that does not involve a computer, does not involve a smartphone, does not involve that sort of thing and it’s basic to them every single day.”