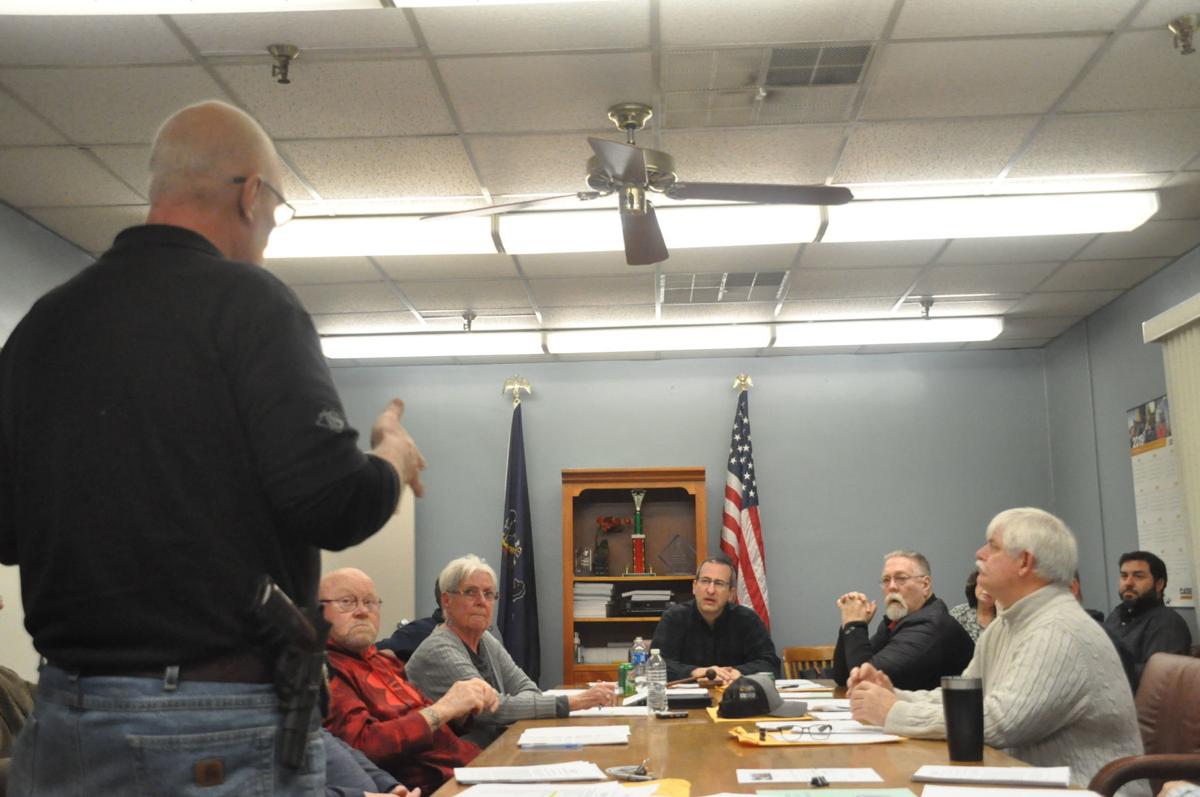 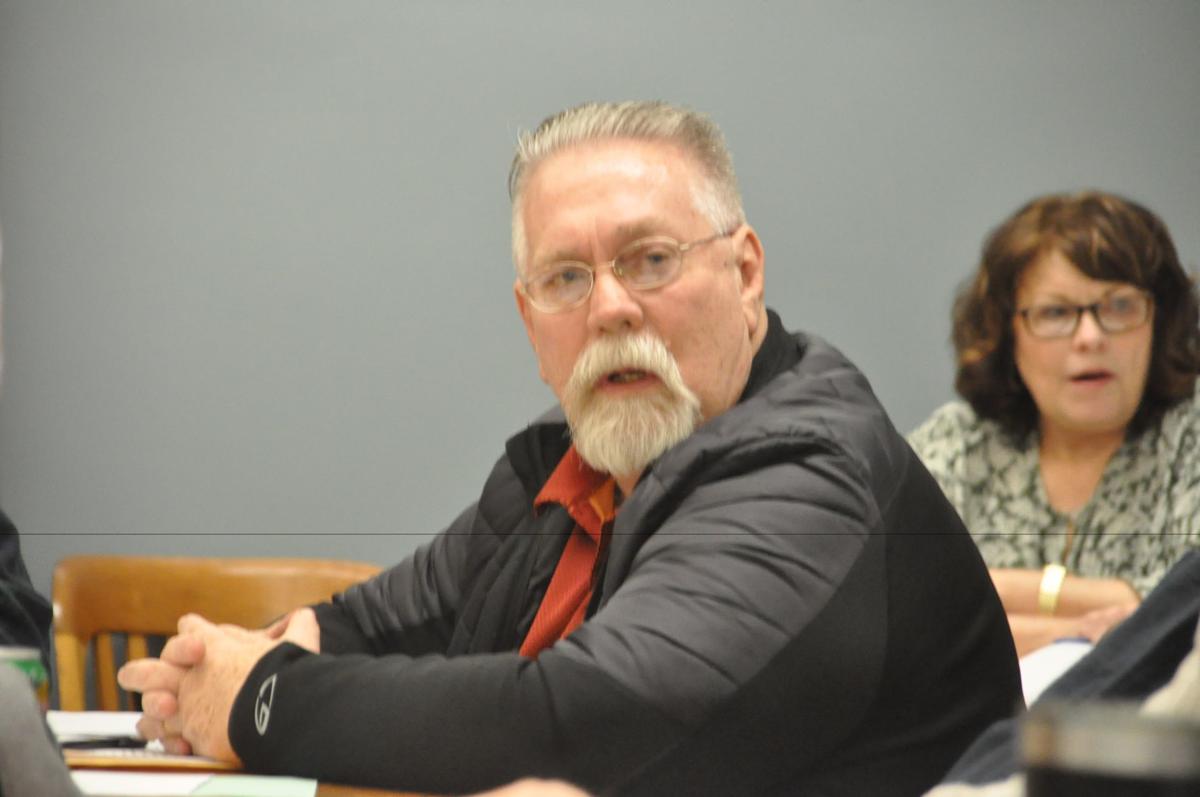 Towanda Borough Councilman Paul Sweitzer voices opposition to prisoner transport changes before making a motion that the borough not allow its police department to take on added responsibility without more information.

Towanda Borough Councilman Paul Sweitzer voices opposition to prisoner transport changes before making a motion that the borough not allow its police department to take on added responsibility without more information.

TOWANDA BOROUGH — Change is on its way for Bradford County’s police agencies. But at least in Towanda Borough, it’s not welcome — at least until the borough gets more information.

In December, Sheriff C.J. Walters presented a plan to local chiefs of police that would free up his department from having to transport inmates from the Bradford County Correctional Facility to their preliminary hearings in the magisterial district court system. Once it goes into effect Feb. 1, these transportation services become the responsibility of the police agencies who originally arrested the individuals, whether it’s a local department or state police.

Currently, these police agencies only provide inmate transportation in the case of scheduling conflicts.

In a phone interview Tuesday, Walters explained that this service has been provided for many years as a courtesy, pre-dating his decade in the sheriff’s position. But being a courtesy that has increasingly strained his budget in recent years, and his department’s increasing workload due to the county’s criminal activity, it came time to make a decision.

“Looking at the increase over the years and looking at whether to add manpower or cut some of the services that we don’t have to do, my decision was to eliminate the transport to the magisterial district courts and let the arresting officer transport them as it happens in most other counties and jurisdictions,” said Walters, adding that his responsibility is to the county’s Court of Common Pleas.

In researching the idea, Walters found that of Pennsylvania’s 20 sixth class counties — which are the same size as Bradford County — this type of system is used in all but four of them. After Feb. 1, that number will go down to three.

However, as local police departments have faced their own budget battles, the idea didn’t sit well among the Towanda Borough Council after learning about it Monday. Councilman James Lacek highlighted the proposal during his Police Committee update while referencing it from police Chief Randy Epler’s report.

Epler said through a meeting with county commissioners in the near future, local police hope to delay the move or reverse it altogether.

Towanda’s concerns are mainly focused on the manpower and time involved, especially with hearings concerning borough police all scheduled for Wednesday mornings.

“So, it’s not like we can spread it out during the week and arrange when it is taking place. It’s only Wednesday morning, so we could potentially be moving four or five inmates, if this goes through,” Epler said, although he noted that there would still be an officer on duty to handle local response.

Other concerns included the possibility of having to transport two prisoners in a police vehicle at one time.

Then there’s the frustrations with magisterial court hearing dates when they are used for first-time meetings between the incarcerated clients and their representation.

“It ends up being the sheriff’s office right now, or potentially the police, are the transport vehicle for the attorney to talk to their client when all of that could have been taken care of if they had phone conversations or had the attorney went to the jail,” Epler explained. “But they’re using that as their first time meeting to find out what their client wants to do, and that is absolutely infuriating to us because you’re wasting all of our time.”

However, the chief noted that new District Attorney Chad Salsman is pursuing some options that could help alleviate transportation issues, including the use of video for the arraignments of inmates.

“That’s way in the infancy stages, but that’s one thing that other counties have done,” he said. “ … The officer, the lawyers, and everyone else is at the magistrate’s office.”

Borough Manager Kyle Lane noted that this comes at a time when many small towns are cutting their police departments due to costs, while Councilman Rex Klinger added, “This could be the straw that breaks the camel’s back” for smaller departments such as Canton and Troy.

Councilman Paul Sweitzer suggested a motion demanding more information before the borough council allows any additional responsibilities to fall upon its police department, and to send that position to the county.

“We’re not going to follow anything until we get more information and we’re not spending any money on this,” said Sweitzer before the unanimous vote in support of the measure.

Meanwhile, Walters said the sheriff’s office will continue to provide other services such as the extradition of inmates on warrants back to the county.

“So if Towanda police get a warrant for somebody who gets picked up in Florida, the Bradford County Sheriff’s Office takes the responsibility to bring them back and it comes out of taxpayer money,” he explained.

“Obviously, nobody ever likes change, but I as a leader have to be fiscally responsible as well for my budget and this is a very time consuming, costly measure that the county has been covering over the past several years,” said Walters.