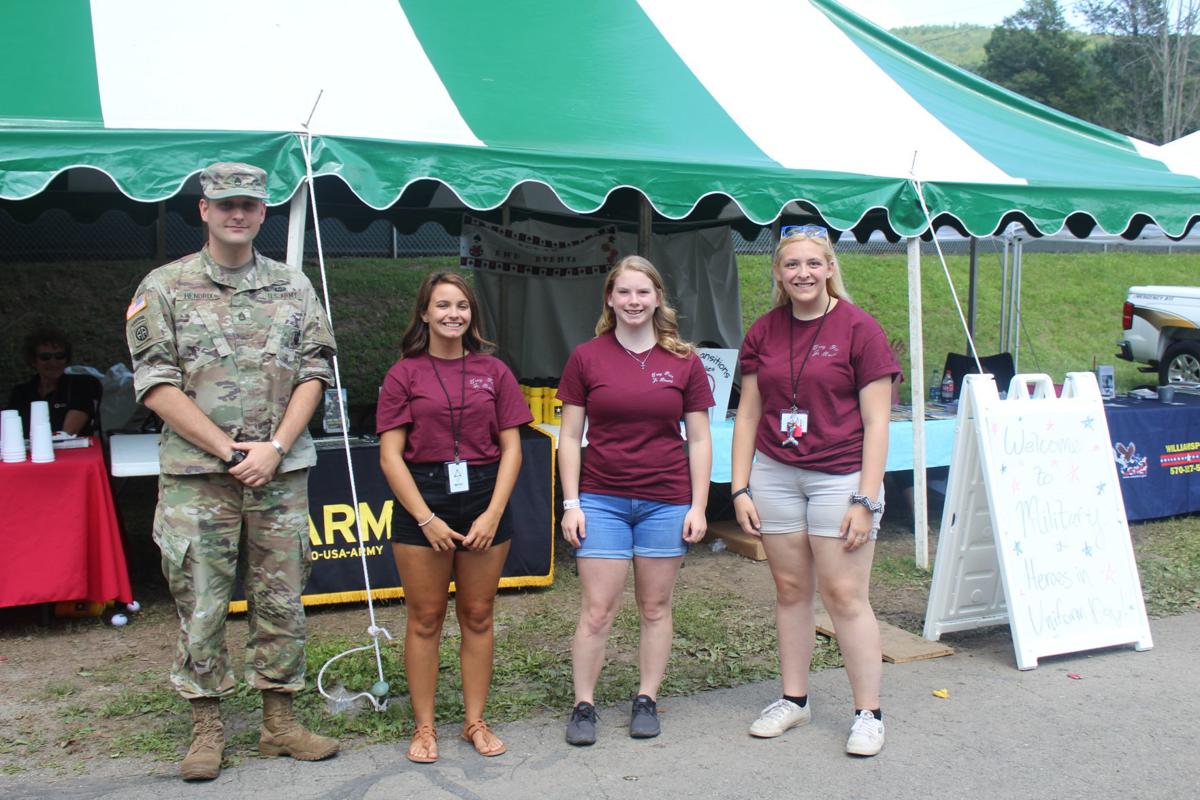 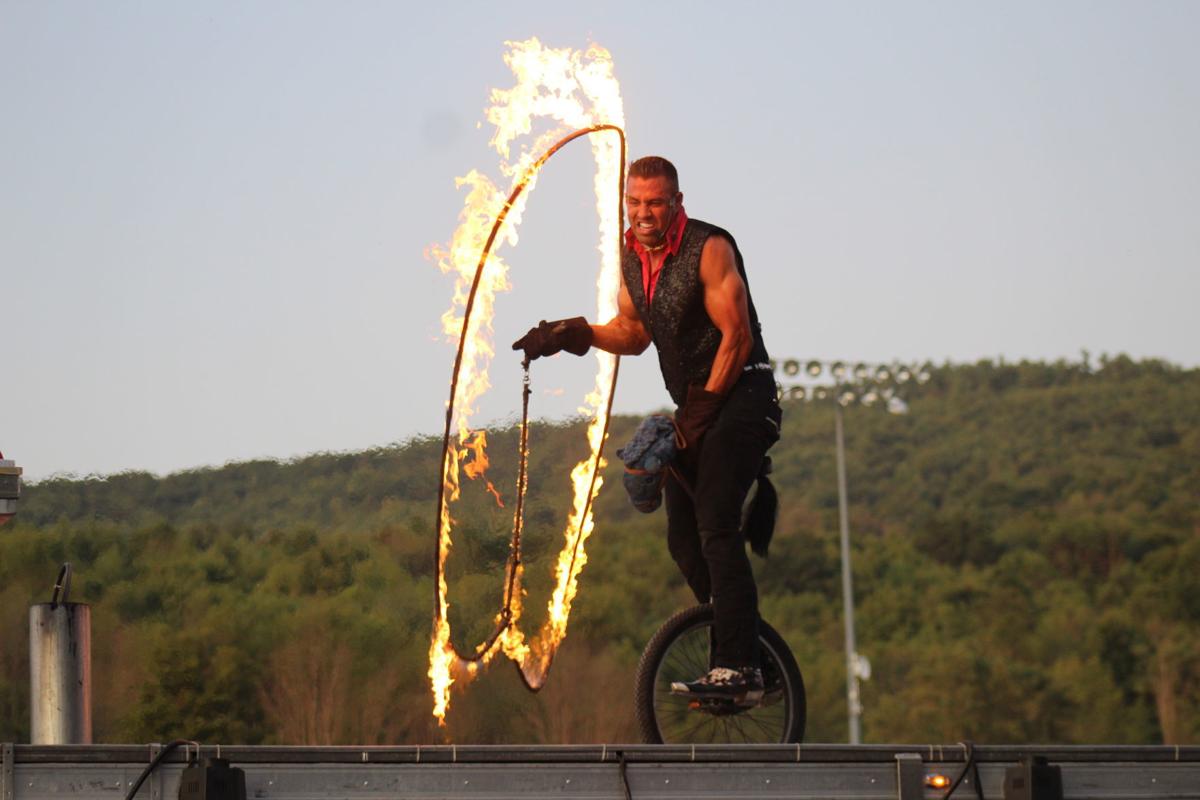 Cowboy Andy Rotz performed Texas skips on a unicycle with a flaming lasso. 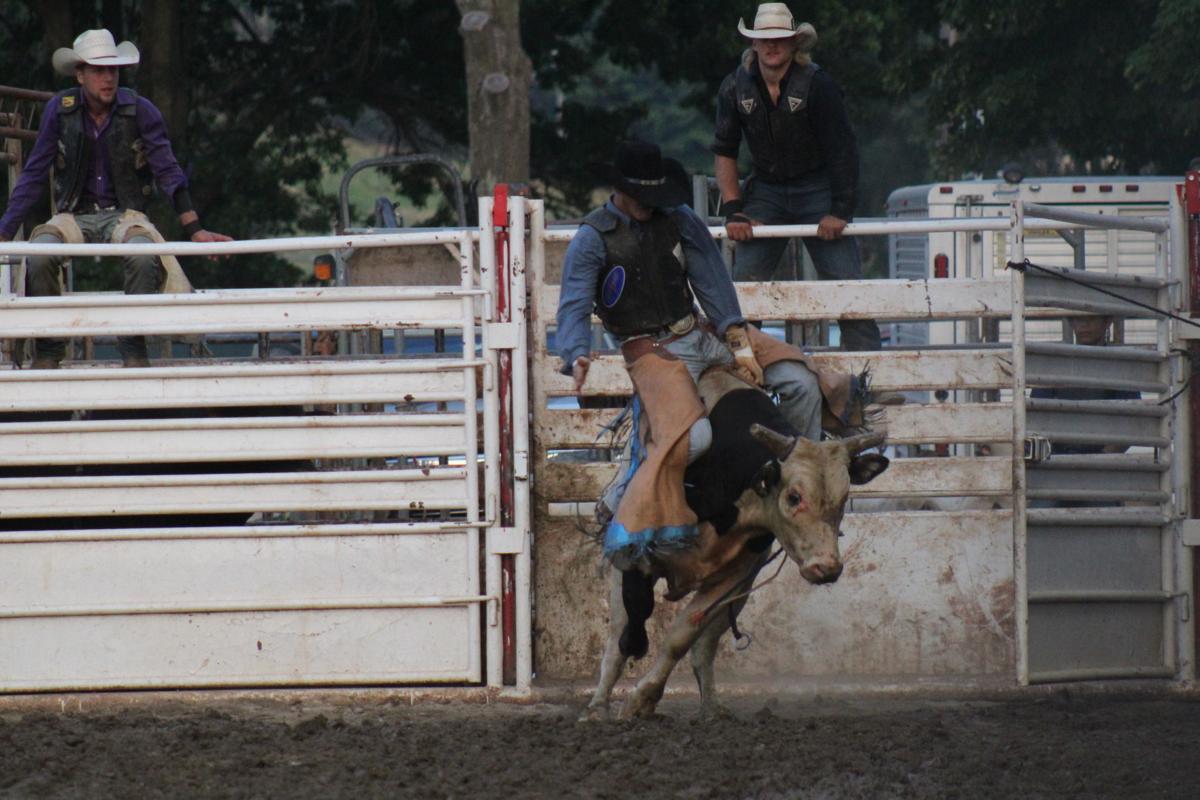 Bull riders strived for eight second rides in the arena on Thursday. 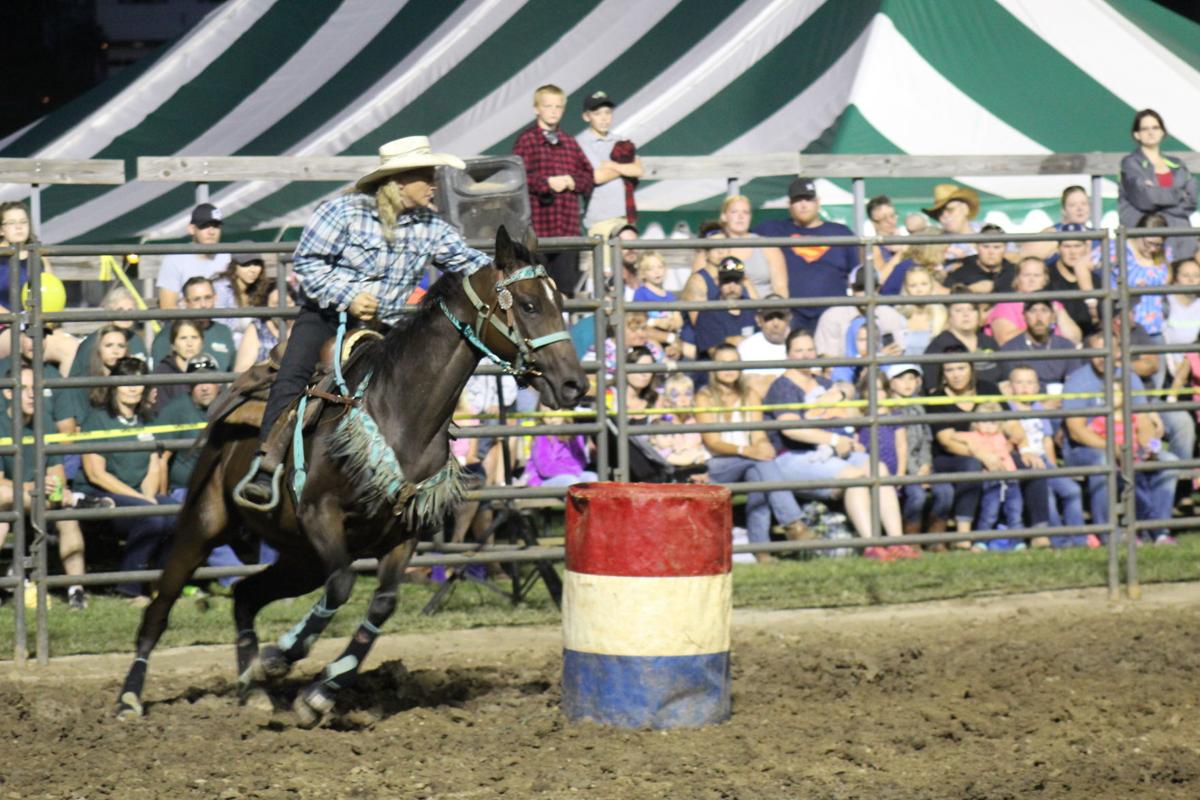 A barrel racing competition was held as part of Dave Martin's Bullride Mania on Thursday night.

Cowboy Andy Rotz performed Texas skips on a unicycle with a flaming lasso.

Bull riders strived for eight second rides in the arena on Thursday.

A barrel racing competition was held as part of Dave Martin's Bullride Mania on Thursday night.

TROY — The Troy Fair serves as a mid-summer celebration of many things including community, agriculture and hometown tradition, but Thursday the fair saluted the ones who have made all the rest possible — defenders of the red, white and blue.

The fair’s inaugural Military Appreciation Day allowed free admission for members of the armed forces and hosted a variety of related resources under the south side tent.

Junior Fair Board member and Event Organizer Caitlynn May stated that the American Red Cross, the United States Army, Safe Transitions for Families, the Veteran’s Center participated in Military Appreciation Day by setting up tables on the south side of Alparon Park to better inform community members about their services, and the Bradford County Sheriff’s Department offered free fingerprinting.

May stated that the day strived to recognize both members of the United States Armed Forces and civilians who work “behind the scenes” to assist them through organizations like the Red Cross and Veteran’s Center.

May also said that Military Appreciation Day benefits military members by connecting them to other servicemen across generations and the community by introducing them to America’s brave defenders in the flesh.

“It benefits our community to have them interact with the people who help keep them safe and who help them in times of need,” May stated.

Staff Sergeant Chance Hendrix, a recruiter with the United States Army who manned a booth at Military Appreciation Day explained that the day provided an opportunity for clarity and connection about the military and between service members.

“I believe that it can help clear up a few misunderstandings, it brings a lot of your local veterans together and a lot of other people interact with them and anybody who might be thinking of doing this in the future or anybody who’s done it in the past, it gets everybody together to talk, share stories and meet in the middle,” he said.

Hendrix told that he personally benefited from Military Appreciation Day as he is new to the area, moving to Bradford County only two weeks ago from North Carolina.

Hendrix stated that Bradford County is the farthest north he has been in the country and that he had been nervous about people being negative towards troops after seeing media portray the area as less friendly toward the military.

“Having this be one of my first experiences in this entire county really made me feel at ease and I realized that it’s just a whole bunch of home folk just like me,” he said of Military Appreciation Day.

Thursday was also opening day for the fair’s annual two day Farmer’s Market and Crafts by the Creek event and hosted the open dairy show and open sheep show.

Dave Martin’s Bullride Mania returned to the fair Thursday night with a variety of events hitting the rodeo dirt for the enjoyment of fans including bull riding, barrel racing, bull hockey and a Little Buckaroo rodeo for children that brought sheep riding and a stick horse race.