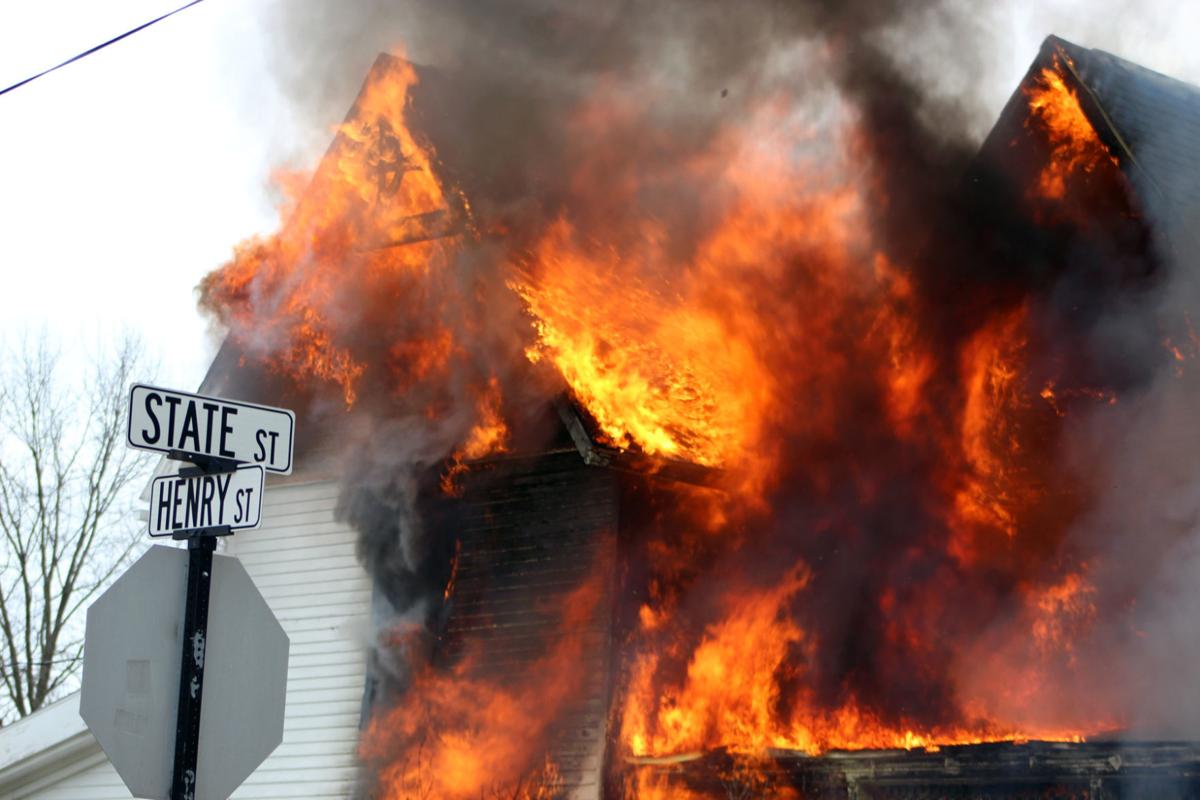 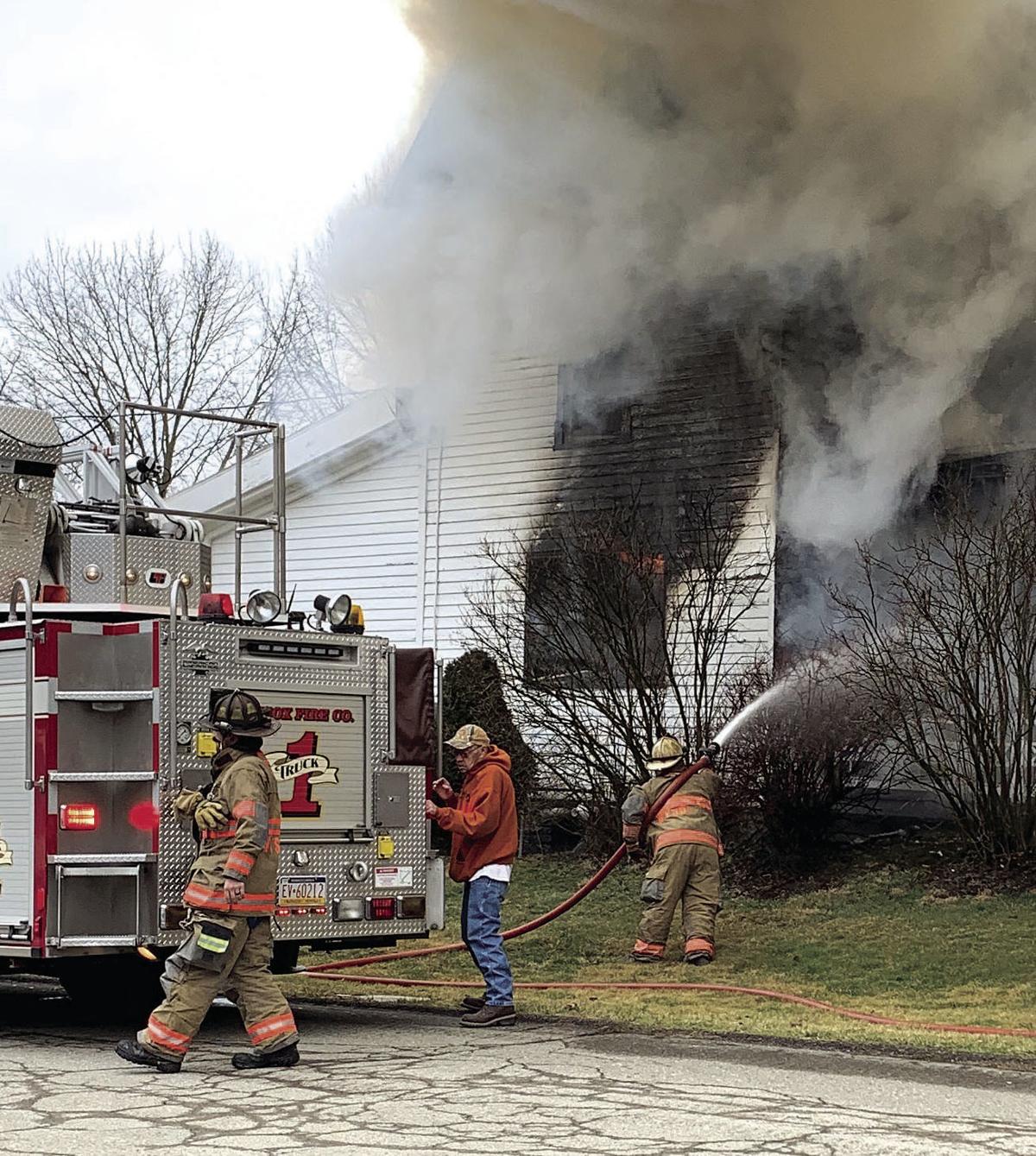 Towanda Fire Chief Bill Roof told the Review on Tuesday evening that he and his assistant chief were on scene within minutes after the call went out around 9:15 a.m. but that when they got on scene the fire was already fully involved into both stories of the home and the carport.

Roof said it appeared as though the fire started near the carport and was told by a fireman that interviewed one of the victims that the victim noticed the fire near an ashtray on the front porch but could not put it out.

It was also reported to Roof that there were multiple small explosions, presumably propane tanks, that had combusted in the fire. Roof said that this would be consistent with the rapid growth of the fire.

The two residents of the home escaped without injury. One firefighter was taken to the hospital for chest pains during the fire. Roof said that he was now home and safe.

Roof also remarked that with four departments — Towanda, North Towanda, Wysox and Athens Borough — responding, that he and his team took extra precautions to disinfect and minimize the risk of transference of the COVID-19 virus.

“We can’t risk losing a whole group of firefighters here,” he said.

Wyalusing and Troy fire departments were also on standby.