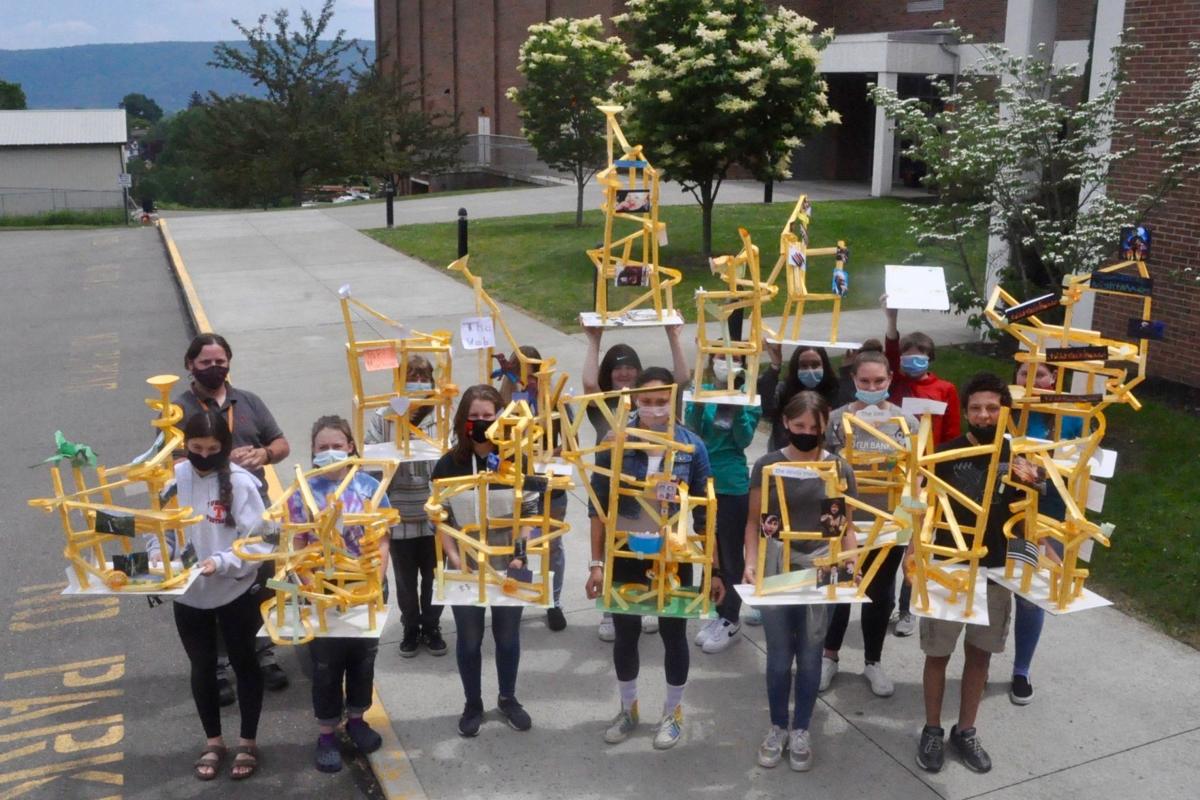 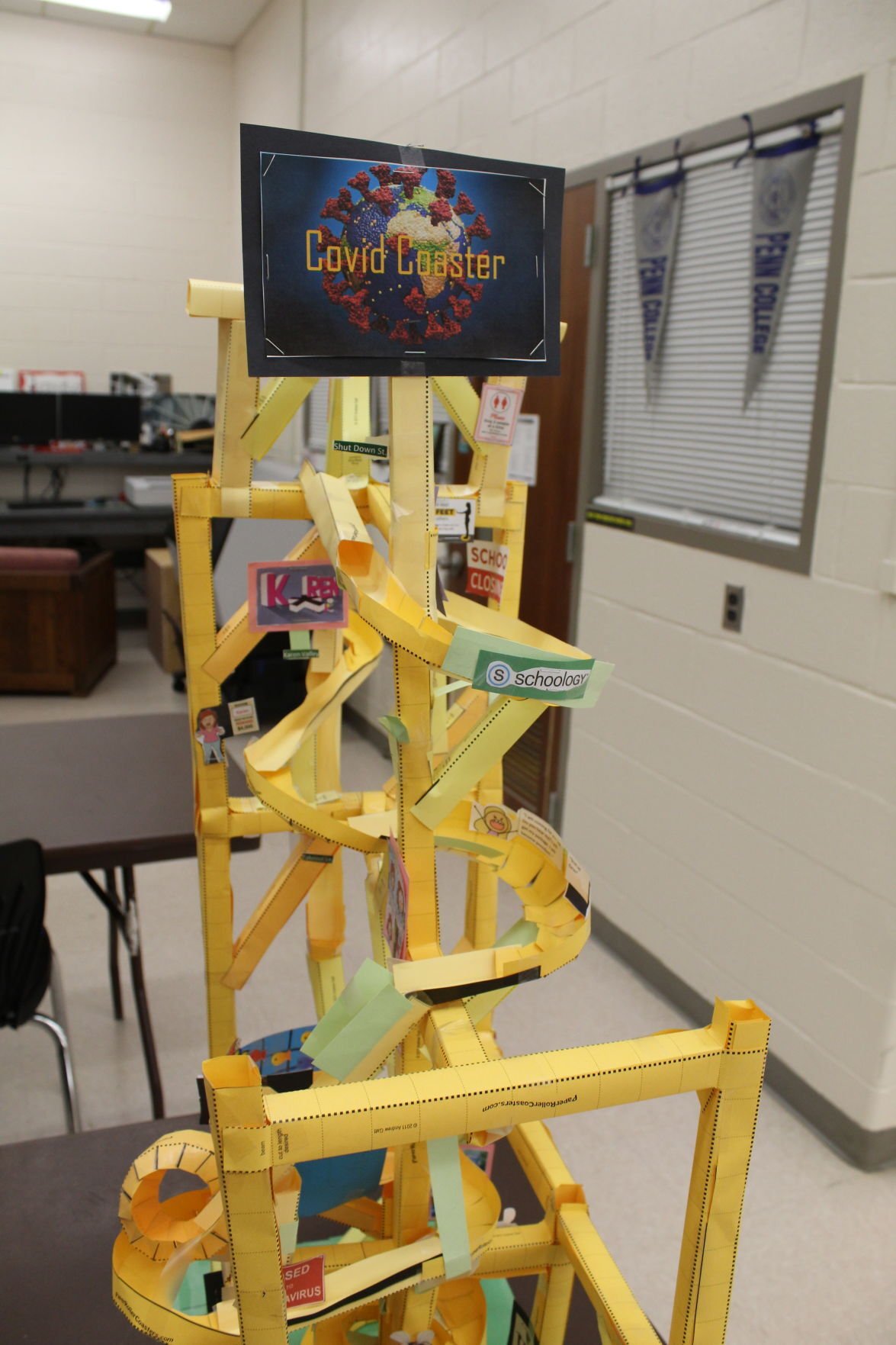 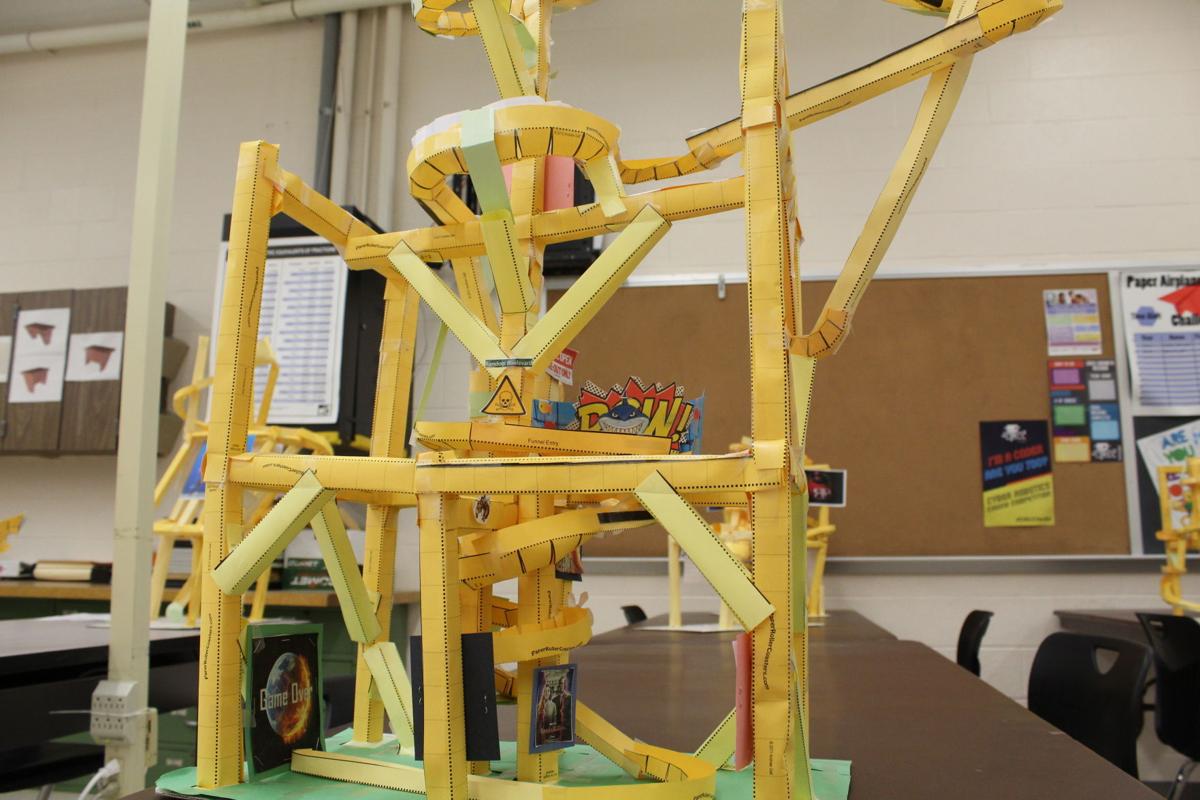 A paper roller coaster constructed by Marisa Wise consisted of many elaborate twists and turns on Tuesday. 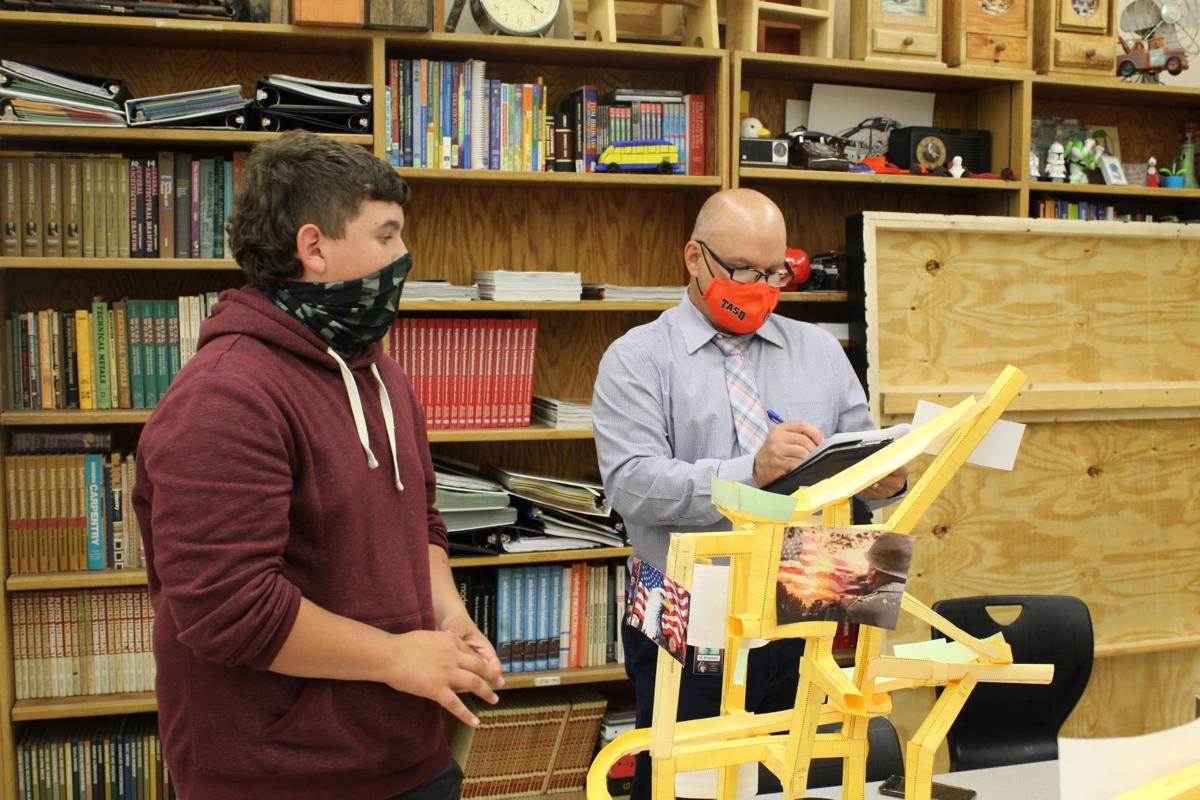 A paper roller coaster constructed by Marisa Wise consisted of many elaborate twists and turns on Tuesday.

The competition was held to promote STEM activities and the importance of hands-on learning, according to Dennis Peachey, the superintendent of the Towanda Area School District, who served as the competition judge. STEM stands for science, technology, engineering and math.

The contest was overseen by Jon Sayre, the Applied Design 8th grade teacher.

The kids created a diverse set of paper roller coasters where each one had its own theme of pictures glued to them.

Some had patriotic themes with pictures of American flags on the coaster, while others had pictures of Spider-Man, Harry Potter or Spongebob Squarepants characters.

One student had a nightmare theme with a picture of Freddy Krueger on top of the roller coaster.

The winners received a plaque as well as a box of candy for their efforts.

The judge selected first, second, and third place winners, while the class voted on a popular winner category.

The popular winner category was decided by a three-way tie and went to Anna Dunn, Shaylynn Morris and Paig Myers.

Sayre does the paper roller coaster project with all 8th grade students throughout the year, which gives them all a chance to develop their STEM skills.

Sayre said that while virtual learning is sometimes needed, he stressed that learning should mostly be done in-person because that’s where students learn the best.

Similar projects were tried virtually in the past but the quality of the projects were not as good as the in-person ones, according to Sayre.

He believes these projects are easier to do it in person and the kids feel a sense of community when done together.

As their teacher, Sayre said he was proud of the work and effort the students put into their roller coasters and believes their STEM skills have developed and improved significantly.

Peachey said he was impressed with the students and how much they applied the STEM techniques that they have learned to construct the roller coasters.

“There were a lot of excellent designs and the students were highly engaged and I think that is what being in-person is all about,” he said.

Peachey noted that projects like these are difficult to manage virtually and thought it was good that the students could compete them together.

“We have a lot of talented students and we work hard to bring out the best in them.” said Peachey. “We create fun and engaging activities that they enjoy and can learn and grow from.”