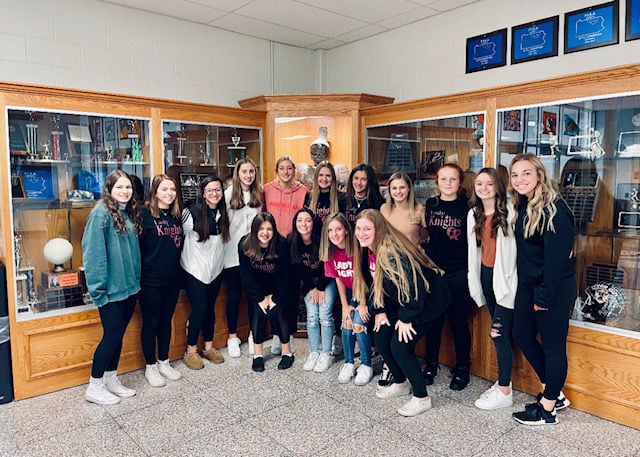 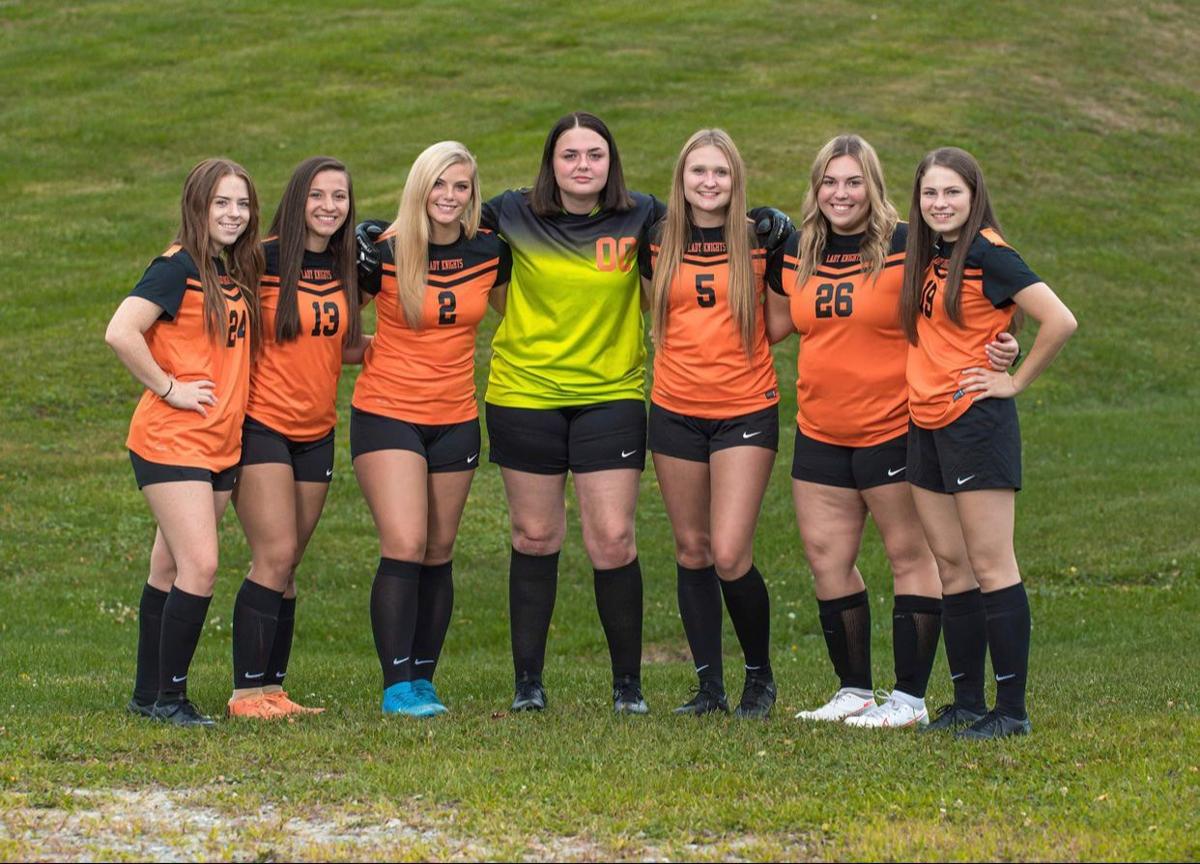 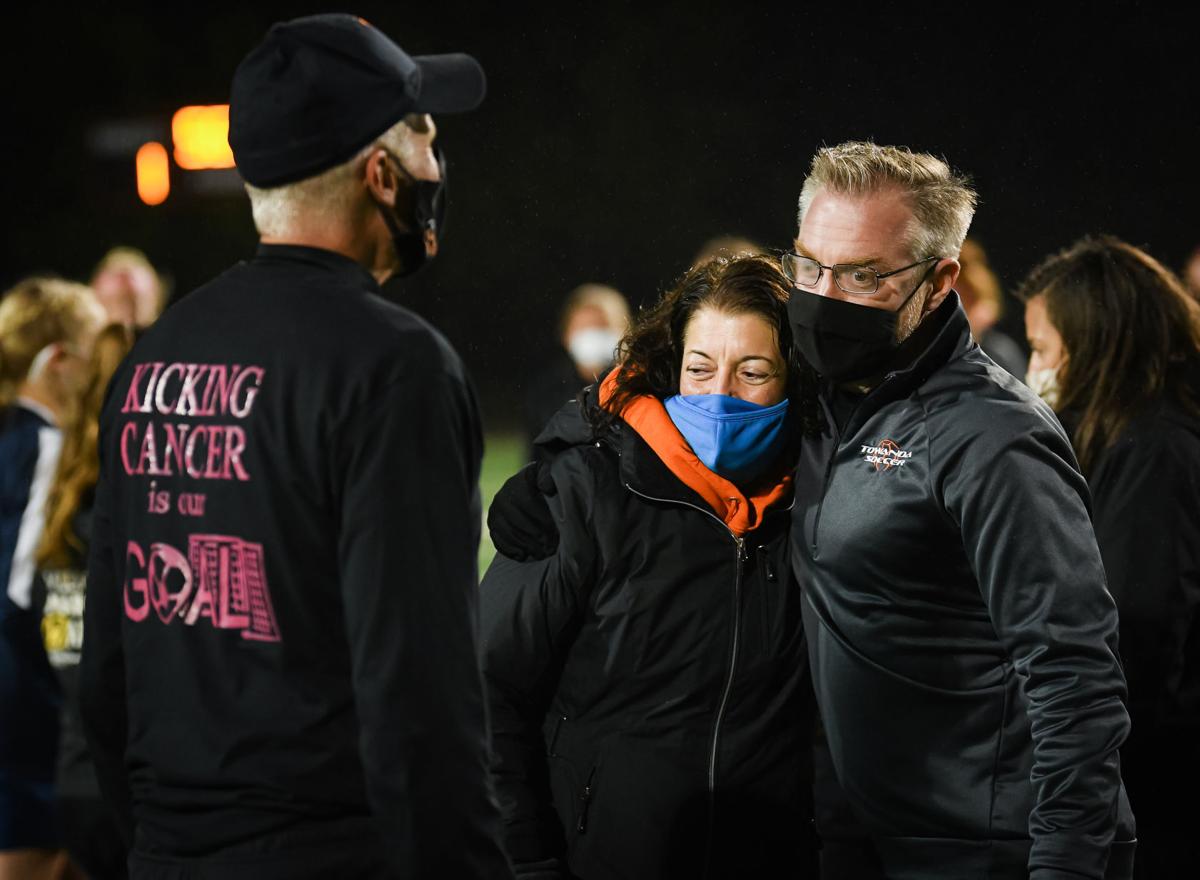 From left, Coach Dave Jurnack, Maggie Lane, and Coach Greg Neyer huddled together during the Pink Game this past October.

From left, Coach Dave Jurnack, Maggie Lane, and Coach Greg Neyer huddled together during the Pink Game this past October.

The proceeds are from this past October’s Pink Game – a fundraising game that the team holds each year to raise money for Breast Cancer research and to spread awareness of the disease.

The game strives to raise money for someone affiliated with the team or school system, although organizers are also happy to donate to local cancer funds. The fundraising aspect varies every other year and usually has balloons for participants to purchase and release in memory of someone on the field at halftime.

The latest game featured a basket raffle, a bake sale, a 50/50 raffle, and pink-themed soccer shirts. The girls purchased the gift baskets and put them together in groups of two, and they made everything for the bake sale.

Booster representative Brooks Greenland said that the shirts were a big hit and brought in the most money for the donation by far.

She said that the changes to the game due to COVID-19 were small; they individually wrapped each cookie and took precautions during the bake sale, and outdoor gatherings were limited to 250 people. She noted that the restriction order didn’t end up affecting the game since they had a small turnout anyway due to cold and rainy weather.

All of the students on the team had Lane as a teacher, along with Greenland who graduated from Towanda back in ‘89.

“We were really happy to be able to donate the money to her,” Greenland said.

She added that Lane really appreciated the money since it has helped her pay for medications that aren’t covered by insurance.

Lane attended the game and participated in the balloon release with the girls and received the check later on in November.

The team decided it would be safest to send Lane a video with some words of encouragement since she wasn’t able to come to the school due to her immune system at the time.

Greenland added that the girls presented a basket of about $500-600 of gift cards and money to the head coach of North East Bradford before their annual game after his house had burned down a few weeks prior.

“The girls are great. I nudge them a little but as soon as they’re given it, they really take off,” she said, “We have a great group of parents that are really giving, too. We do this because we think it’s important for the girls to learn about more than just soccer: life lessons, giving back to the community that gives to them, and helping others.”