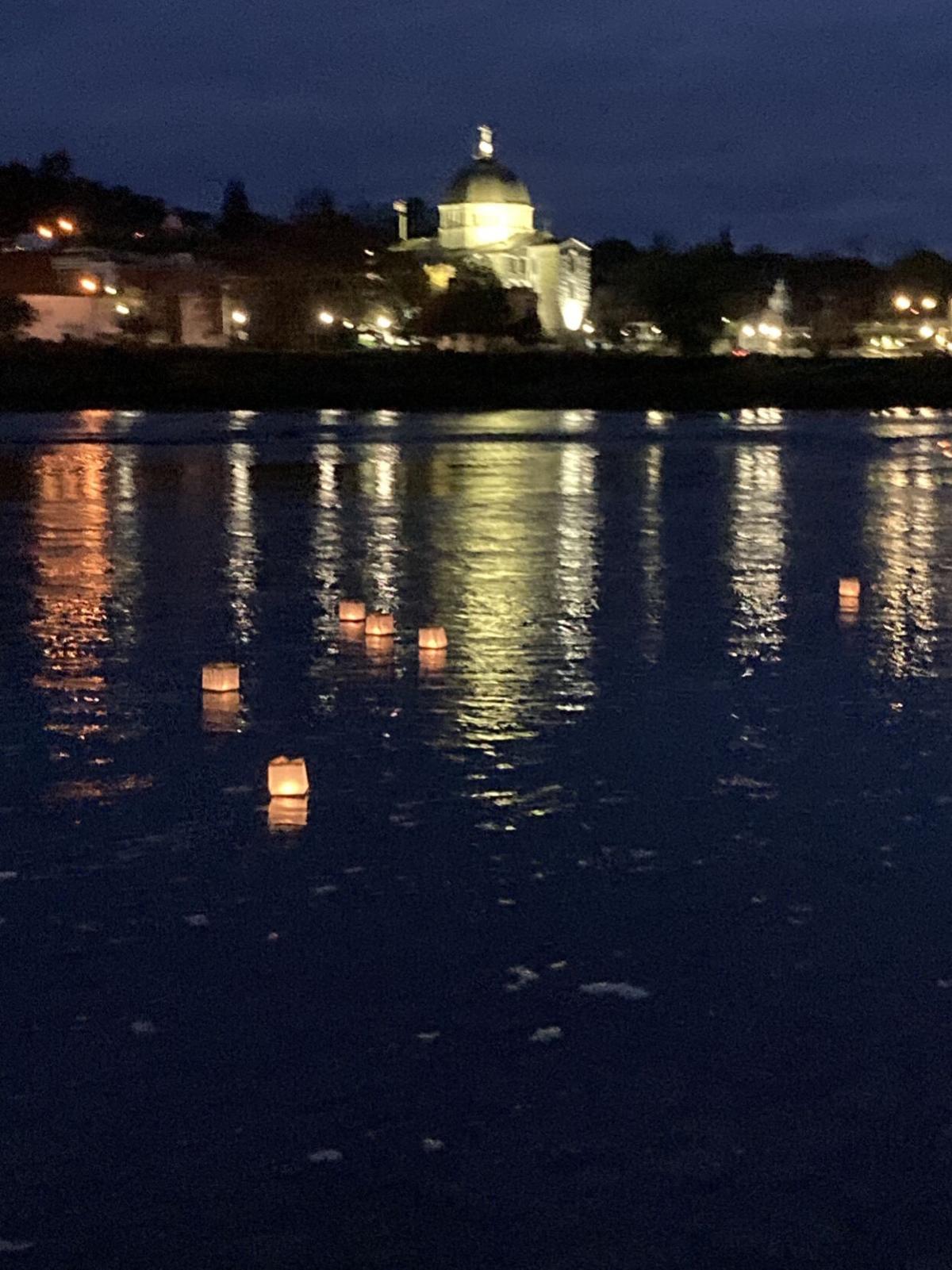 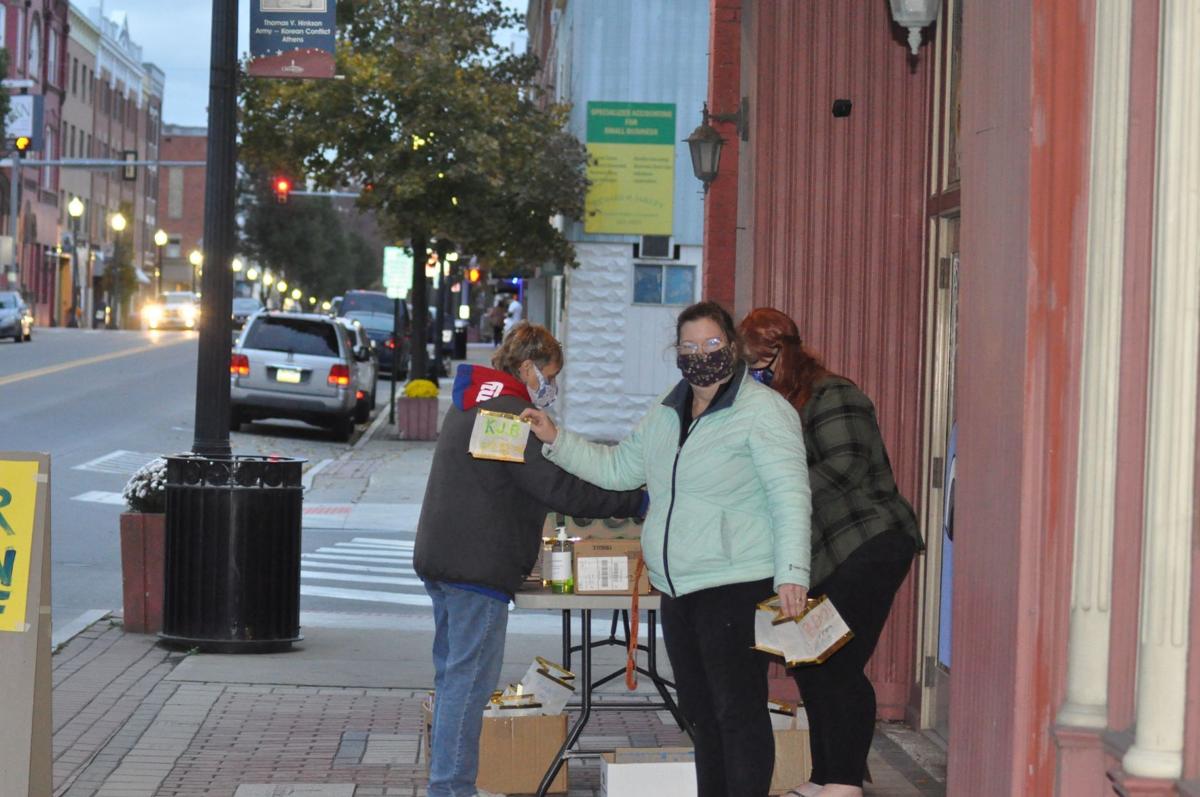 The event was brought on by the Bradford County Regional Arts Council of the Keystone Theatre. Senior Manager and sister to Karen, Kelly Wilhelm, and Executive Director Elaine Poost, worked together to make the water lantern launch happen.

The BCRAC had planned on doing a fundraiser with lanterns earlier this year, but those plans were moved back due to Karen’s condition.

The launch was from 6 p.m. to 9 p.m. on Saturday. Lanterns were sold in front of the Keystone Theatre in preparation for the launch. They were available for $12 each. For every lantern sold, $10 went to the BCRAC and $2 went to Wyalusing Relay for Life for breast cancer research.

Supplies were available for people to paint and decorate their lanterns to honor loved ones that they lost or people they were thinking of.

“One of the things my sister used to always say to me was ‘you don’t know what people go through,’” Wilhelm told The Review.

Wilhelm and Poost were mindful of the recent surge in COVID-19 cases in the county and opted out of serving food other than popcorn and advised social distancing. People also had the option to drive by and see the lanterns on the river.

“Even if people don’t stay for the music, the lanterns, and the movie, and if they just come for one of those elements, I’m hoping for a big turnout for the fundraiser because that’s what’s going to help people,” Kevin Doupe said.

Doupe’s performance was cancelled, and the launch was moved to 6:45 p.m.

Poost said that water lantern floats are traditionally done in memory of people, and are also done to celebrate new life and new beginnings. She noted that, in the event they didn’t sell all of the 100+ lanterns they bought, that they’d send them all off on the river anyway.

“Everybody is touched by beauty and we need a lot more of it right now,” Poost said, “The community has gone through a lot in 2020; everybody has. It seems like the perfect time to gather and do something beautiful.”

“It’s a way to recognize breast cancer awareness, promote kindness, and of course celebrate my sister,” Wilhelm said, “She implemented a lot of programs for little kids, and so we thought we’d do the free movie in honor of her.”

A drive-in style showing of “The Addams Family” was going to start at 7:30 p.m. Due to weather, the movie was postponed to Friday, Oct. 30 at the park.

Poost noted that the biodegradable lanterns were later retrieved from the water from the Towanda bridge.