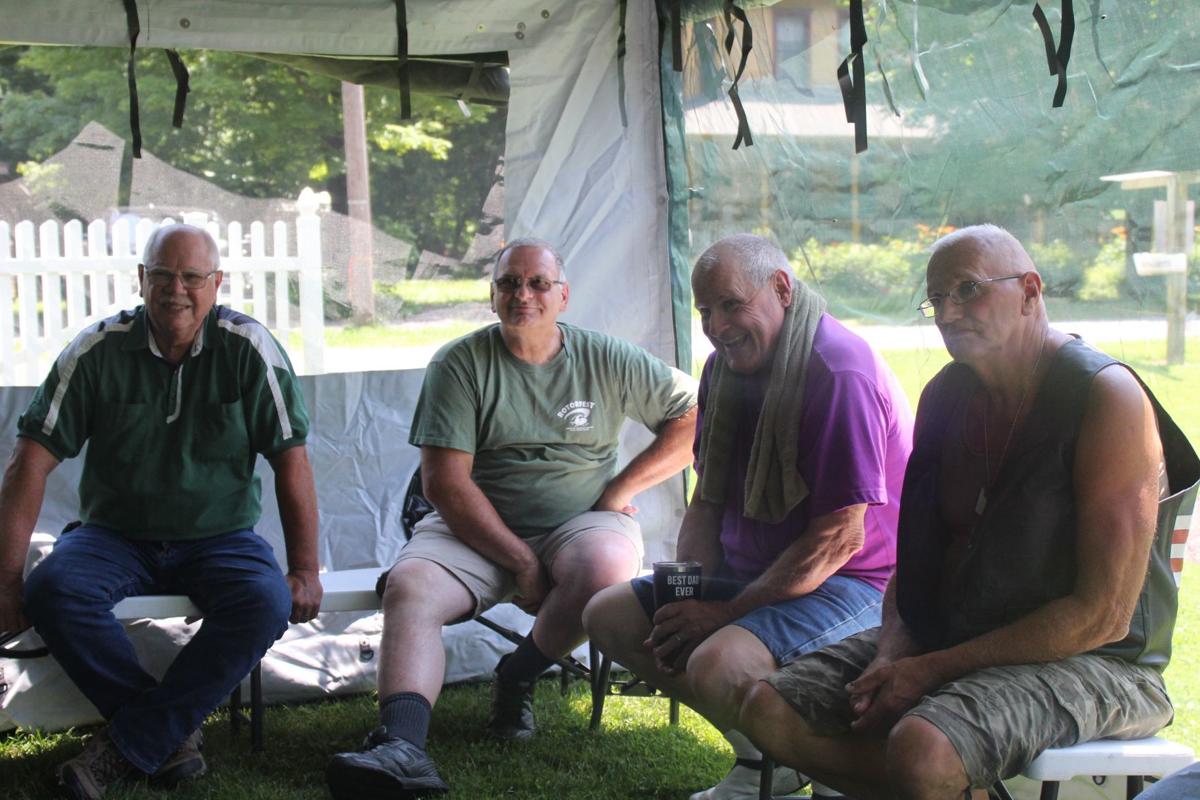 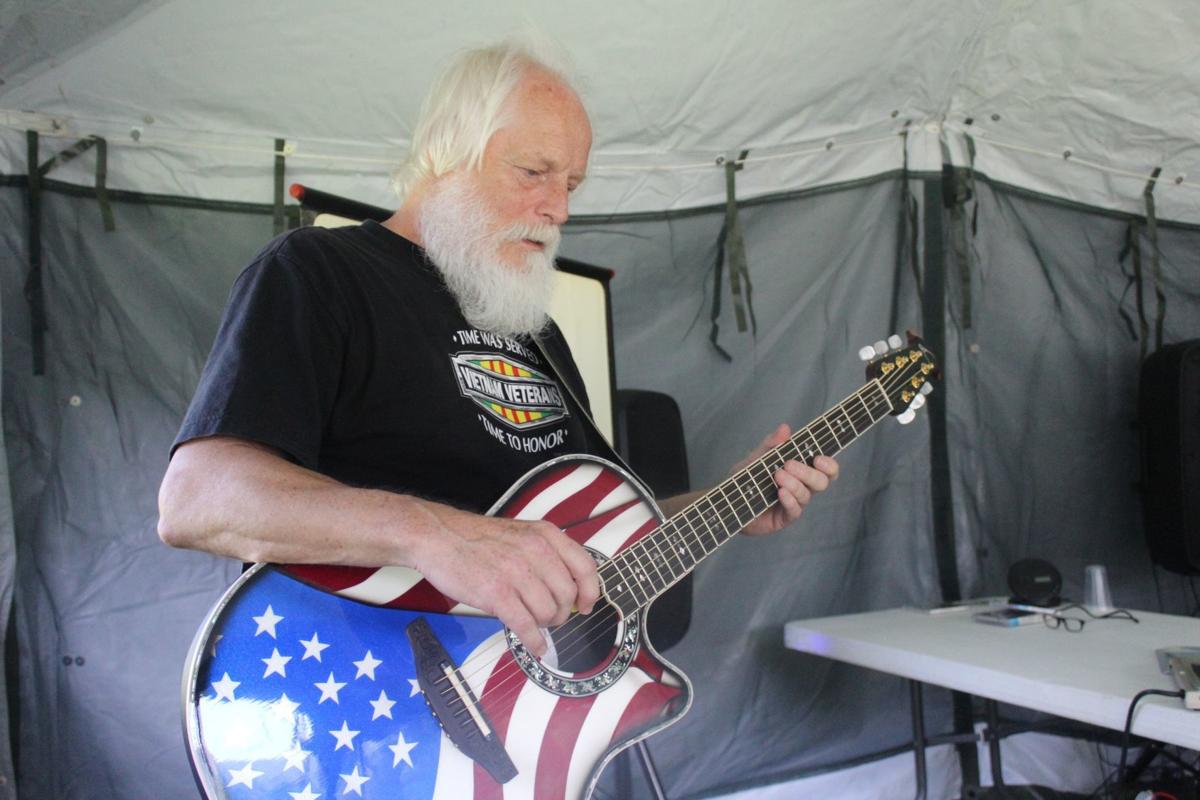 SONESTOWN – Men and women gathered in a green tent in Sonestown on Saturday, many donning hats and clothing that denoted military service as a fellow Vietnam veteran shared war stories and his journey to overcoming Post Traumatic Stress Disorder during the Endless Mountains War Memorial Museum’s annual Vietnam Veterans Tribute.

Cary Rhodomoyer, a Bloomsburg resident who logged over 250 combat hours as a Crew Chief on a helicopter gunship in the United States Army and earned a Purple Heart after being wounded in the left knee served as Keynote Speaker at Sonestown’s Vietnam Veterans Tribute for the second year in a row.

Rhodomoyer explained details about his time serving in Vietnam in 1967 and 1968 and courageously informed guests of his struggle with PTSD after returning home.

Rhodomoyer is no stranger to stepping out courageously to share his story however, as he often uses his own experiences to teach students about the Vietnam War when invited to speak in schools.

“We talk to the kids and they have no idea, none, I mean totally zip; what’s Vietnam? Where is it? What is it,” he said.

Rhodomoyer stated that when presenting to students he doesn’t “sugarcoat” realities of Vietnam such as burning human waste to dispose of it and guns that make noises that resemble bodily functions, which keeps students engaged.

“The teacher says they talk about it for weeks after we go,” he said.

Though Rhodomoyer includes topics students find humorous in his school presentations, he noted that comedy is a coping mechanism to deal with horrendous parts of what he experienced in Vietnam that caused PTSD.

Rhodomoyer attributed the PTSD many Vietnam Veterans battled to both wartime trauma and maltreatment of troops by the media and civilians, as many servicemen were spit on, called names and met with opposition to the point that they could not wear their uniforms in public or record service on job applications when returning home.

Rhodomoyer stated that 22 Vietnam veterans commit suicide every day, but pointed to hope as a living example that overcoming PTSD is possible.

“There’s help out there, I got help. I was through 16 weeks of heavy duty therapy and now I can do this, I can talk to the kids, and that is my therapy,” he said.

Jack Craft, Vietnam Tribute organizer and Founder of the Endless Mountains War Memorial Museum stated that the event has been held for the past 15 years.

The tribute serves as an annual gathering for many veterans in attendance, a time for them to meet up, share lunch, and for Vietnam veterans especially, a way for locals to say welcome home, even if decades late.

“They should have never had to go through that (mistreatment upon returning to the United States),” Craft stated. “I just love these guys...I love to get them together, they get talking to each other, I could sit there all day and listen to their stories. Just a great bunch of guys.”

The Endless Mountains War Memorial Museum hosts a number of events throughout the year. More information can be found on the organization’s Facebook page.