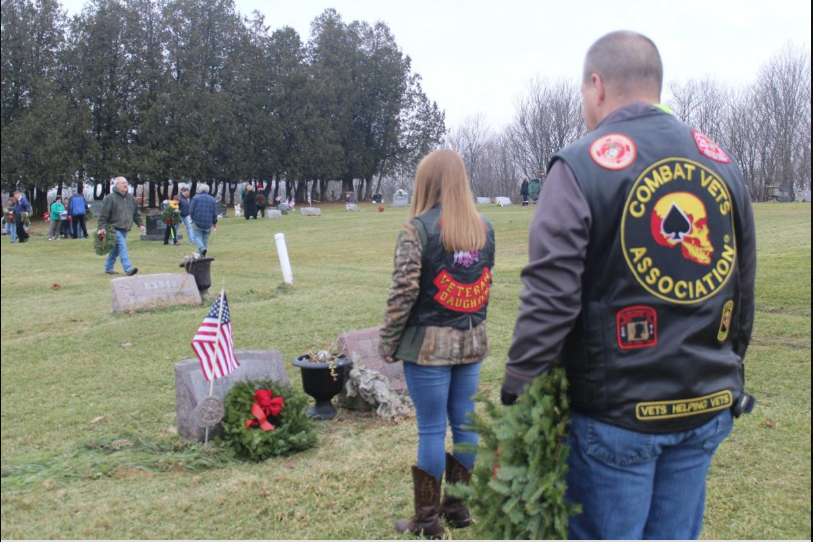 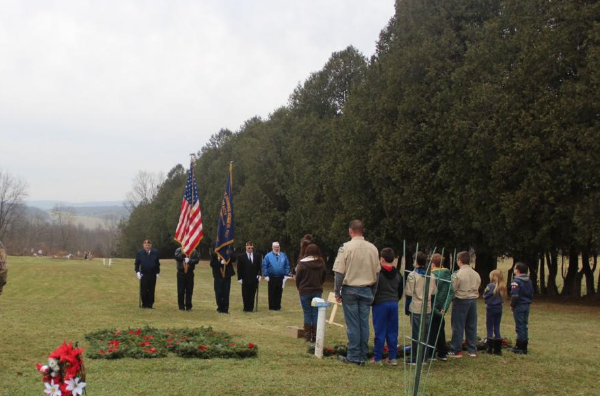 A scout troop is shown watching a presentation of colors during last year’s Bradford County Wreaths Across America ceremony.

A scout troop is shown watching a presentation of colors during last year’s Bradford County Wreaths Across America ceremony.

As the holiday season settles into Bradford County many homes don bright lights, shining tinsel and rich evergreens — for the second year in a row however, a number of locals will set out to decorate not houses but gravestones of fallen servicemen and women as part of the national Wreaths Across America program.

Approximately 50 people gathered last December to honor fallen service members laid to rest in Bumpville Cemetery (South Litchfield) and this year the program has expanded to incorporate the Rome and Orwell cemeteries as well, according to organizer Rebecca Harkness.

Harkness stated that the laying of the wreaths is a “nice holiday tradition” to honor fallen veterans and that she began Bradford County’s Wreaths Across America participation after attending the large ceremony in Arlington National Cemetery in Washington, D.C.

Harkness is searching for locals willing to both sponsor wreaths and volunteer to help lay wreaths at the cemeteries.

The laying of the wreaths will begin with a ceremony at noon on Dec. 14 at the Rome Cemetery on Route 187.

Individuals interested in volunteering are asked to contact Harkness at (570) 423-1107. Those wishing to sponsor wreaths are asked to do so by visiting www.wreathsacrossamerica.org and typing PAROME in the location bar to ensure the wreaths stay local.