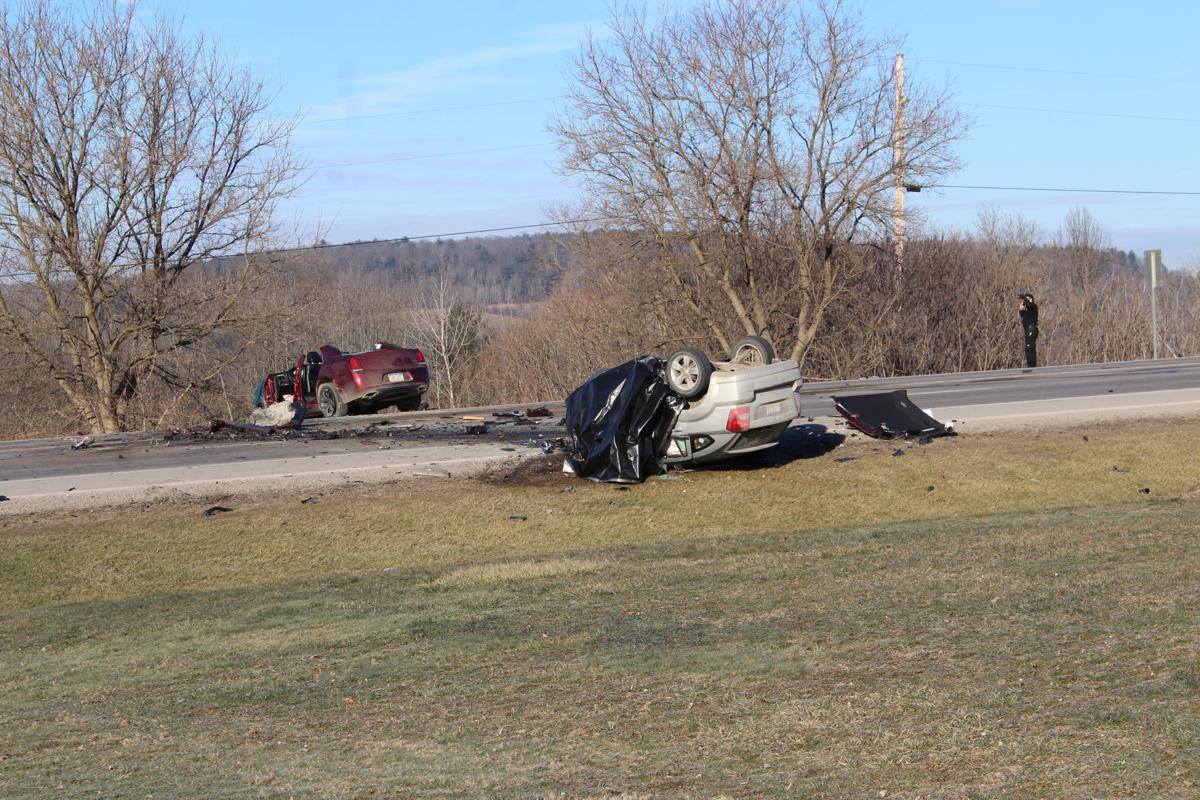 A state police officer takes photos at the scene of a fatal accident Monday morning on Route 6 just west of Wyalusing Borough. Three people were killed in the accident. 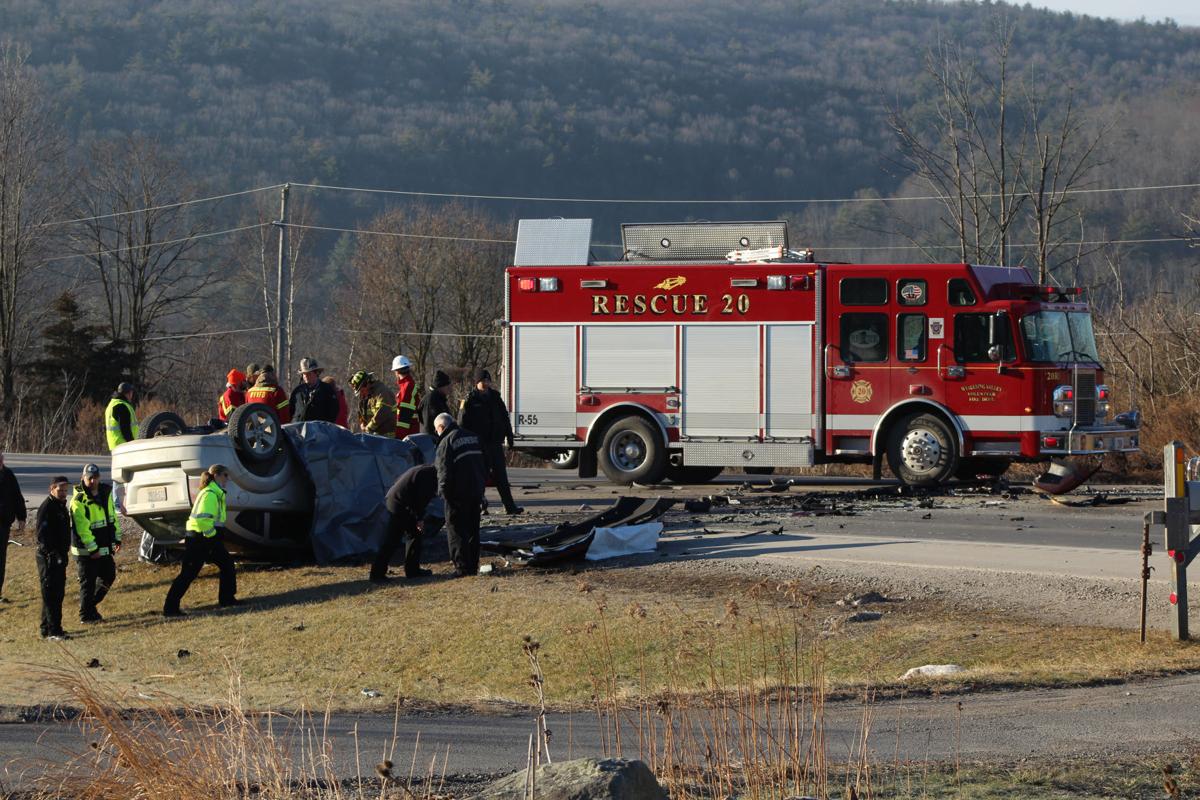 Emergency personnel work at the scene of a triple-fatal accident Monday morning near Wyalusing borough. A second vehicle involved in the accident came to rest across the road.

A state police officer takes photos at the scene of a fatal accident Monday morning on Route 6 just west of Wyalusing Borough. Three people were killed in the accident.

Emergency personnel work at the scene of a triple-fatal accident Monday morning near Wyalusing borough. A second vehicle involved in the accident came to rest across the road.

The accident occurred at about 8 a.m. near the Homet’s Heights business area on the hill just west of Wyalusing Borough. The two vehicles involved were a gray Dodge Ram, which came to rest on its roof on a lawn north of the road, and a red Chrysler sedan that stopped upright off the south side. The fatalities were in the gray vehicle, according to witnesses.

The scene was almost in front of Charles and Marjorie Huffman’s home.

“I was just getting out of bed. I heard the ‘Bam!’” Marjorie Huffman said. She looked out her window and saw smoke and fire coming from the gray vehicle. Her husband was working on their wood fire when he heard the crash.

“I called 911,” Luke Cruver said. An emergency medical technician, he is the Huffmans’ grandson and lives with them. He and his grandfather went out to the scene.

They found the gray vehicle badly crushed, and all they could see of the victims were arms and hands. One or more people from the nearby Bluhm’s business broke some glass and used an extinguisher to put out the fire.

“There was no response from anyone,” Cruver said.

“I spoke with the lady in the other vehicle,” he said. “She was a bit distraught.” She had a nosebleed and “she was probably in shock,” he said. They brought her a blanket, and he told her not to move.

Cruver reported the woman, later identified as Irene S. Sprague, 70, of Wyalusing, was later flown from the scene in the medical helicopter to Guthrie Robert Packer Hospital. State police said she was transported for suspected serious injuries.

Marjorie Huffman noted that the helicopter landed nearby in the road.

The accident, she said, was “not something you think of on a straightaway.”

State police reported that the red car was traveling east on Route 6 and crossed over the double yellow line into the westbound lane, hitting the gray vehicle head on.

“Something definitely wasn’t right to have a head on crash on a three lane road like that I’m not sure exactly what was going on but something wasn’t right,” Wyalusing Valley Fire Chief Brandon Conner said.

According to the Pennsylvania Department of Transportation, Route 6 was closed off in both directions between Route 706 and Route 409 for several hours and a detour utilizing the routes was in place.

Among the emergency responders at the scene were the Wyalusing and Wilmot fire departments, Guthrie medical personnel, PennDOT, state police and the coroner. Charles Huffman and Cruver helped direct traffic around the scene.

State police are investigating the cause of the crash and officials have noted that road conditions did not play a factor.