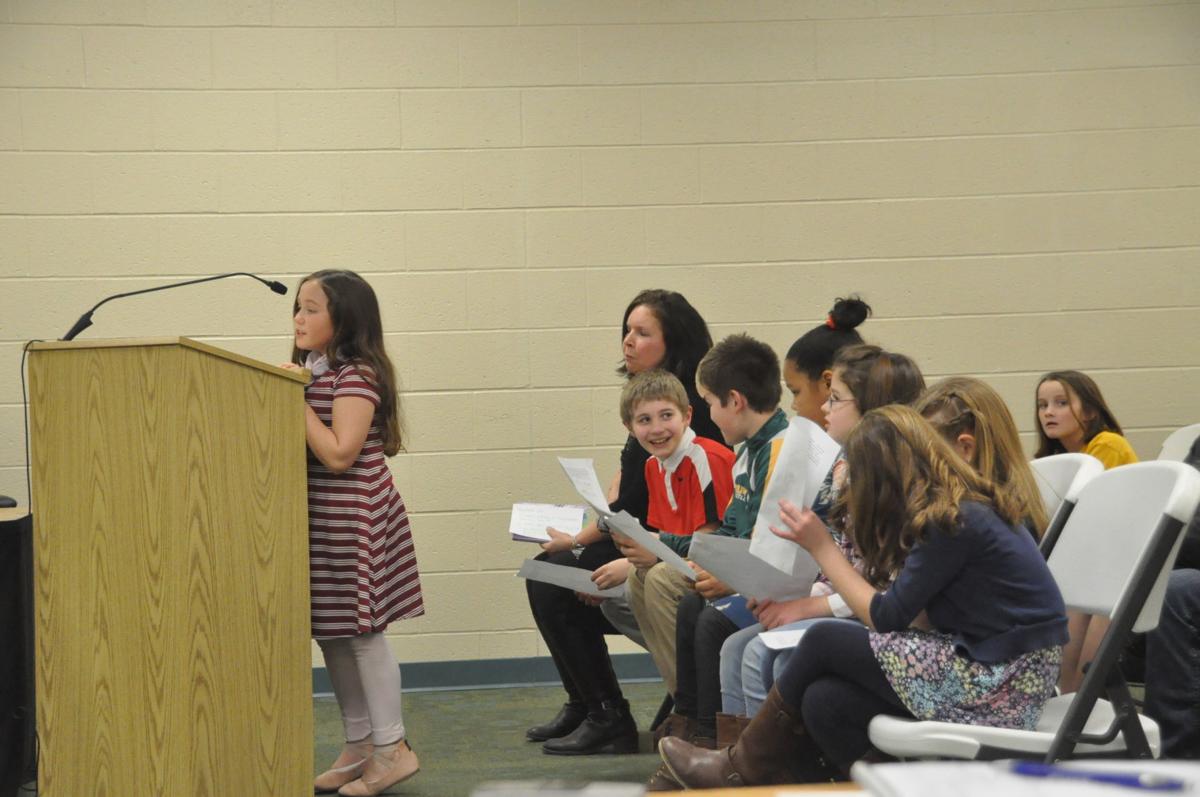 Wyalusing third grader Brianna Johnson, at the podium, shares her mini saga that will be published next month in “Spooky Sagas: Adventures in Pennsylvania.” 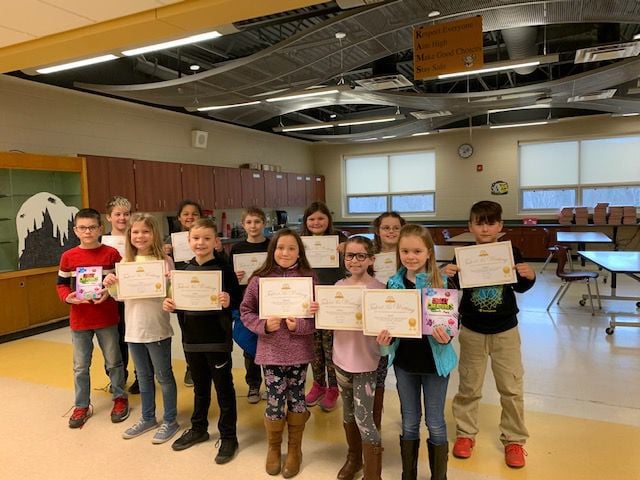 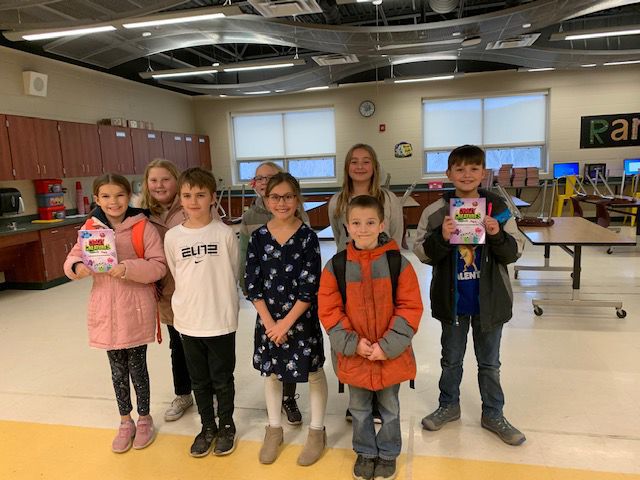 Wyalusing third grader Brianna Johnson, at the podium, shares her mini saga that will be published next month in “Spooky Sagas: Adventures in Pennsylvania.”

The Wyalusing Valley Elementary School will soon have another young group of published authors.

During a presentation to the Wyalusing School Board Monday, teacher Denise Delamarter presented 14 third grade students whose creative works will be included in “Spooky Sagas: Adventures in Pennsylvania” when it is released next month.

Many of these students, including some of their fourth grade peers whose works were published in “Crazy Creatures From Pennsylvania” last year, took turns sharing their characters and mini sagas with the school board.

Delamarter said she was first received the criteria for the Young Writers USA sponsored content last year from Principal Deneen Lantz, and figured she would give it a try.

“Being a writer — I’ve spent my life writing — I found it a really fantastic opportunity to be published,” said Delamarter.

With this year’s contest, submissions that were not initially selected for publication were sent back with notes from the editor, which students could then use to revise their work for resubmission if they chose to. Delamarter said the two students who chose to edit and resubmit their pieces were accepted.

“It was a neat process and a real life process for writers,” she said, adding that students had fun with the creative process.

Superintendent Dr. Jason Bottiglieri thanked Delamarter for her leadership in the classroom as well as parents in attendance with their children for being involved in their education.

“It’s not every day where the school district gets to celebrate that we have published authors in grade three and four,” he said.

“It’s really a great accolade for Wyalusing,” he added.