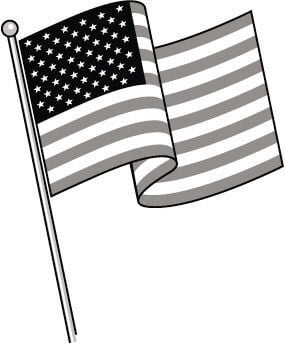 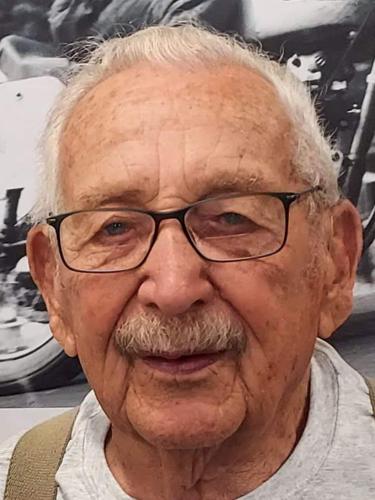 On the afternoon of Thursday, August 4th, 2022, well known Shunk resident David Edwin Fisher soared on wings to his Lord while at his home, with his family at his side. He was 97 years of age. Born June 11, 1925 in Gap (Lancaster County) Pa., he was one of 13 children born to Stephen and Lavina (Hooley) Fisher. Known to all as Ed, he served our country during World War II with the U.S. Army. He participated in the Battle of the Bulge as well as the liberation of the Dachau concentration camp. He never wanted to talk about the horrific things that he witnessed.

After returning home Ed pursued his passion for motorcycles. He raced professionally for the Triumph Motor Co. beginning in the late 1940’s. He also owned a motorcycle and car dealership while continuing to race. His efforts earned him many trophies as well as induction into the Motorcycle Hall of Fame and a short film entitled “Fast Eddie.” He was a charter member of the Eastern Pennsylvania Piston Poppers, The American Motorcyclists Association and the Over The Hill Gang. He was also a life member of the Gap, Pa. VFW and the Shunk United Methodist Church.

Ed is survived by his wife of 20 year, the former Suzanne Bellvile, two of his 12 siblings, two children, two stepchildren, five grandchildren, one step-grandchild and five great-grandchildren. Many thanks to all of the family and friends for the love and support.

A celebration of Ed’s life will be held Saturday, 11 AM, August 27th, at Shunk United Methodist Church, Rt. 154, Shunk, Pa.. In keeping with Ed’s wishes there will be no viewing or visitation. Interment will follow in West Hill Cemetery. The family will provide the flowers and suggests that contributions in Ed’s memory be directed to one of Ed’s and Suzi’s favorite charities; Samaritan’s Purse or Rookies of 79 (disabled motorcycle racers’ fund) 3989 Springer Lane, Springfield, IL 62711 (morseandkleesfuneralhome.com)

With the raid of Donald Trump's Mar-a-Lago estate, do you believe the FBI will find wrong-doing or come up empty handed?