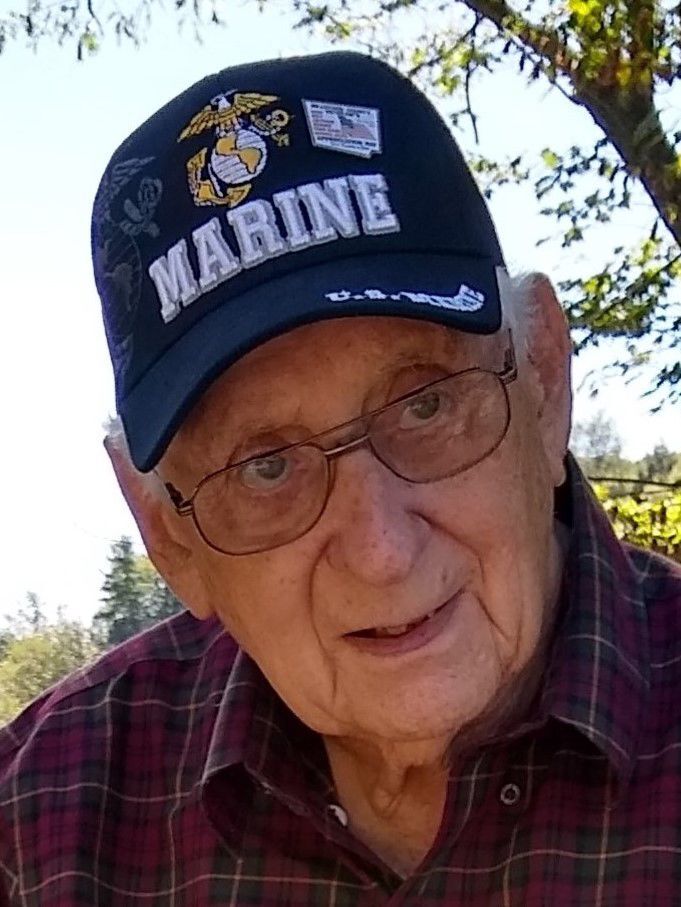 Before graduation from the Towanda High School in 1949, John enlisted in the Navy Reserves. It was during lineup for senior pictures that he met the love of his life, Bernice Berry. In 1950, John enlisted with the US Marine Corps. He served in Korea where he was awarded the Purple Heart. Following his honorable discharge, John and Bernie were married on February 14, 1953 (He always joked that if it was on Valentine’s Day, he was sure to never forget their anniversary). They settled in their home in Monroe Township and it was there that John honed his carpentry skills, remodeling room by room over the years.

Following a few years of employment with DuPont, John was employed with GTE Sylvania in Towanda for 27.5 years, retiring in 1986. He contributed to three patents during his employment. After retirement he and Bernie spent many winters in Florida. They were avid campers with the French Choppers camping club and spent vacations camping with their family on trips from Canada to Florida. He was always up for a good squirt gun fight with the younger members of the camping club. Pitching horseshoes was a favorite activity for John and he managed to win a few trophies for his efforts. He also grew several types of apple trees. He and Bernie were quite the team for peeling apples for pies and applesauce. John liked to keep busy in his woodworking shop – making furniture ranging from bookshelves, gun cabinets, tater crates, rocking chairs for dolls and a dulcimer.

John was a 32nd degree Mason with Union Wyalusing Lodge No. 108. He was a member of the Marine Corps League 445 Penn-York detachment MCL, and Towanda American Legion Post No 42.

John loved to “go” places. He and Bernie covered many miles traveling the country roads in the Endless Mountains area and visiting the various public gardens in central Florida. Many folks will recall their annual trek to southern PA to bring back nearly 40 bushels of peaches. They really enjoyed family picnics, weekends on Seneca Lake and Sunday hikes and hotdog roasts on Barclay Mountain.

John will be remembered for his quick wit and sense of humor and his enormous sweet tooth.

John was preceded in death by his wife, his parents and his brothers Clarence L. “ Buddy”, Carl Edward, and Robert Eugene.

Calling hours will be from 12:30PM-1:30PM Sunday, December 5, 2021 with a memorial service to follow at 1:30PM at the Maryott-Bowen Funeral Home, 217 York Ave, Towanda, PA 18848. Please observe current COVID-19 safety guidelines when attending the service. Officiating the service will be Pastor Catherine Dawes. Burial will follow at the Standing Stone Cemetery. Memorial donations may be made in John’s name, to the Monroeton United Methodist Church, the Towanda American Legion, the Quilts of Valor Foundation, P.O. Box 191, Winterset, IA 50273 or other charity of your choice.