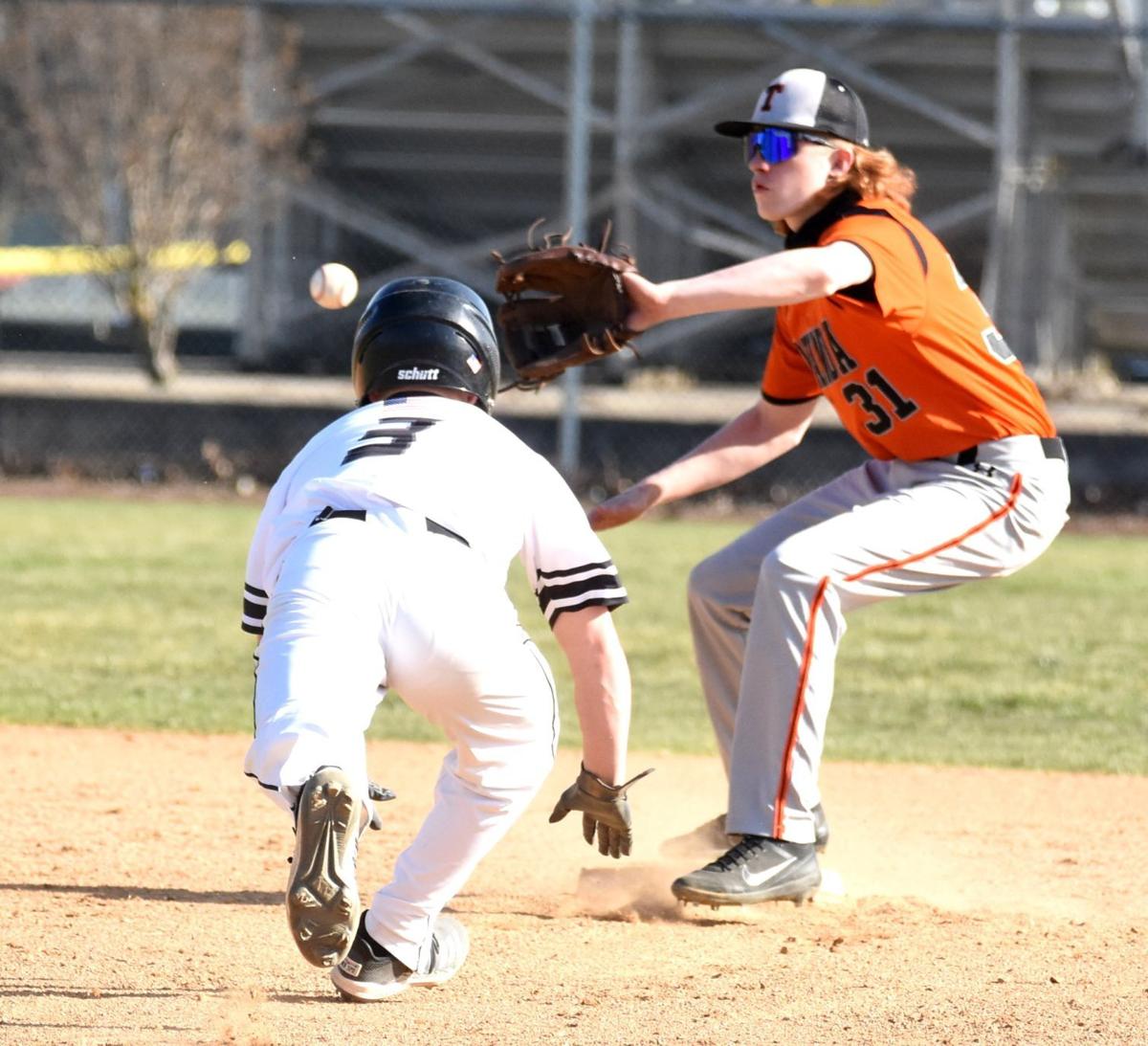 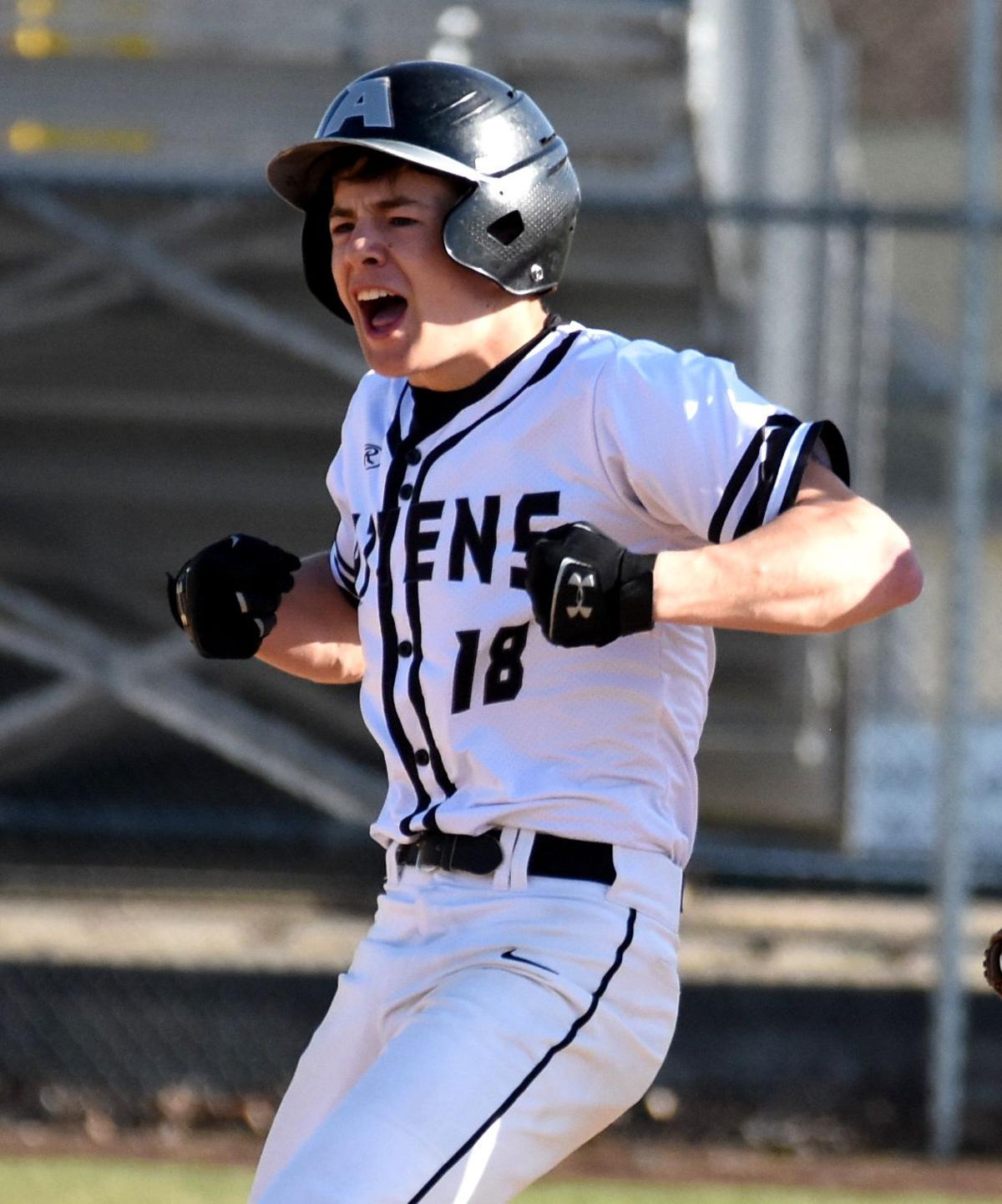 Athens' Karter Rude reacts after hitting a double against Towanda. 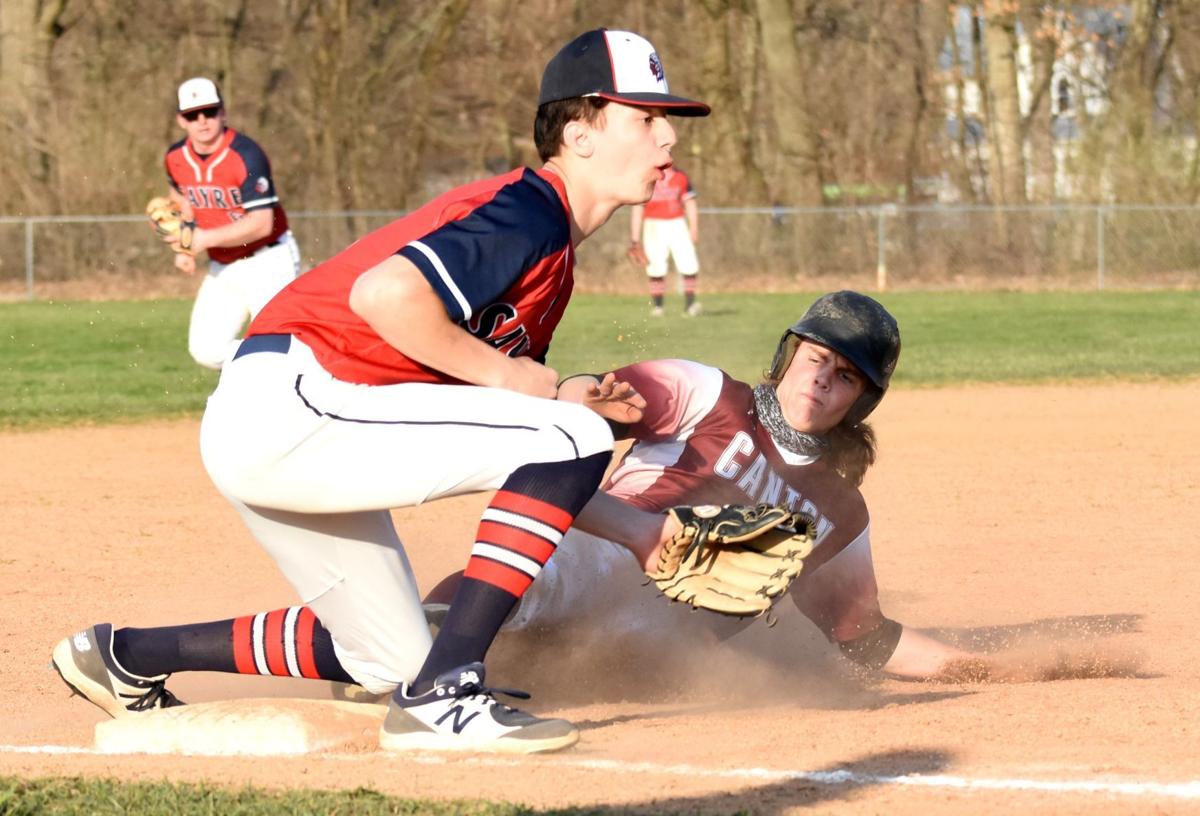 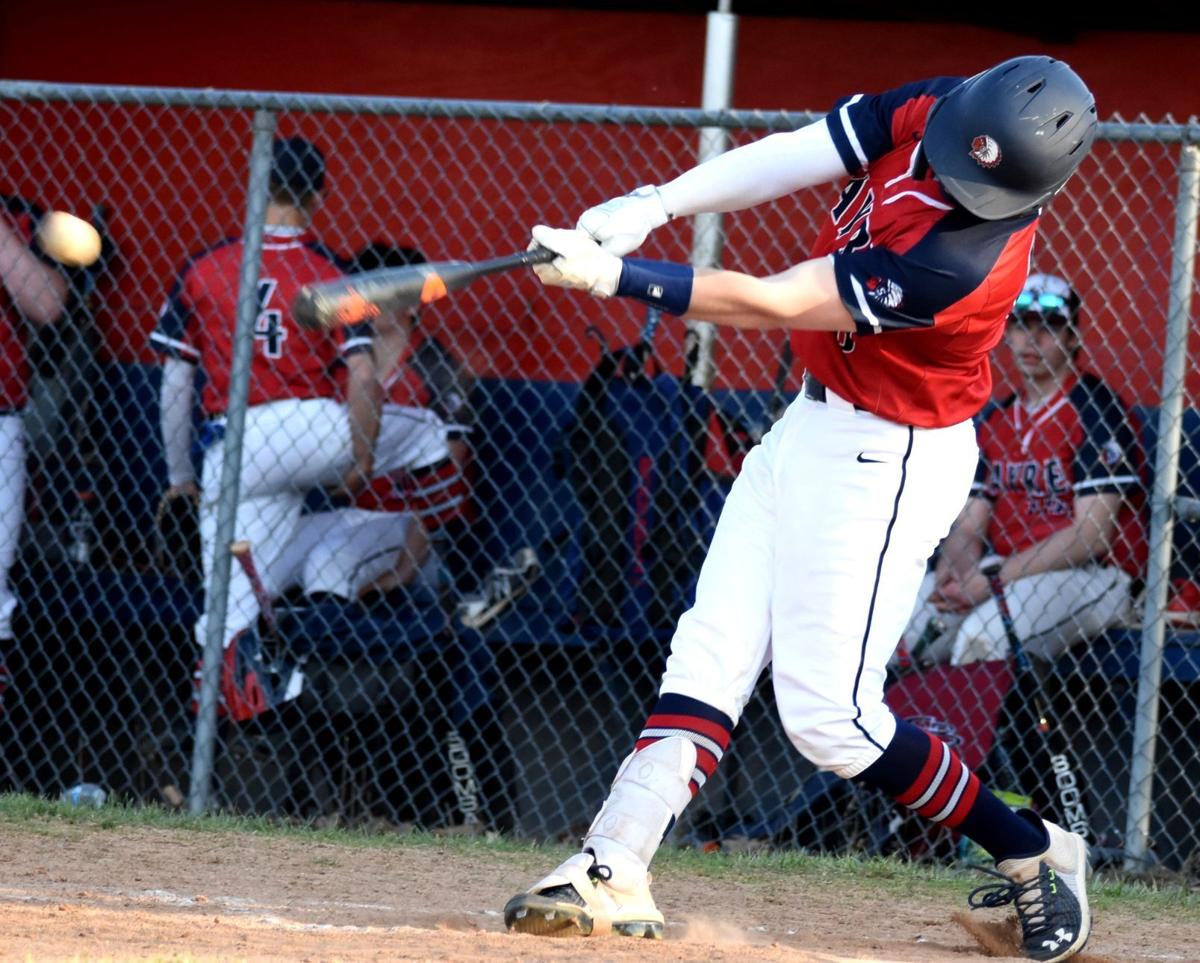 Sayre's Brayden Horton connects with the ball on Tuesday. 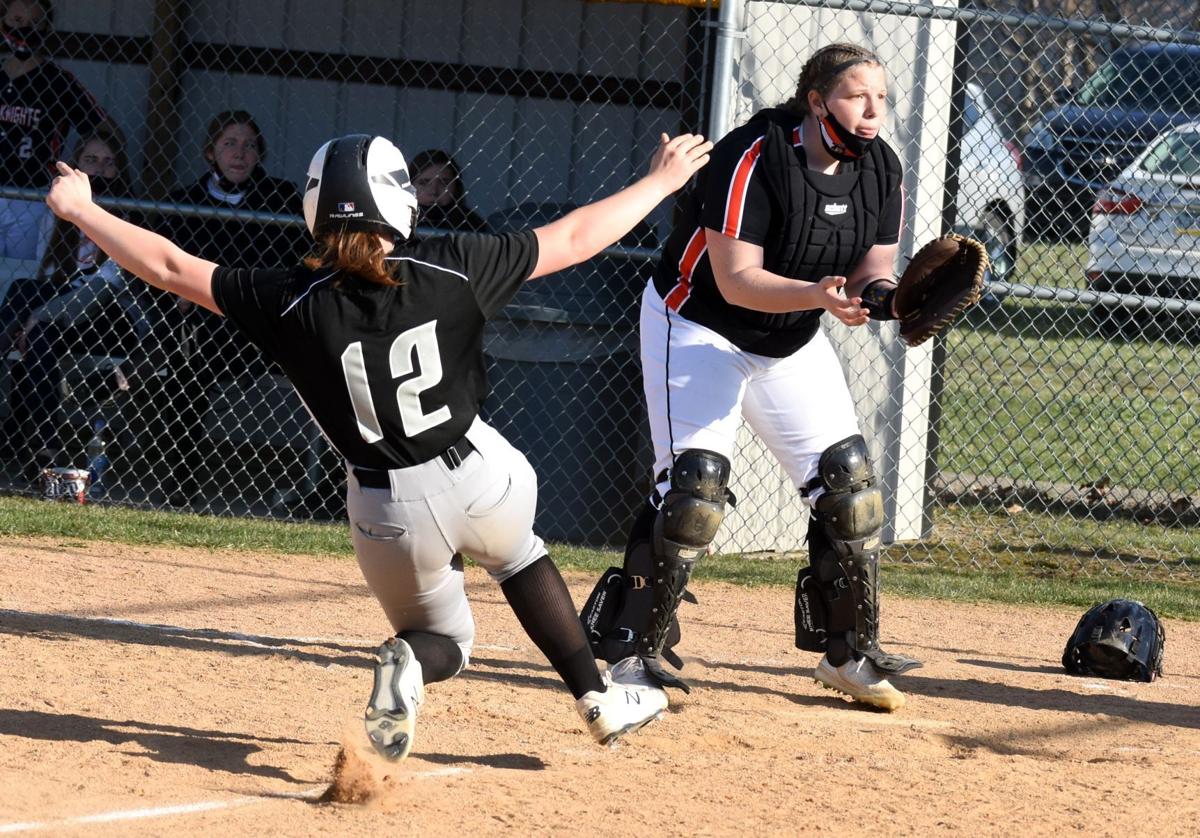 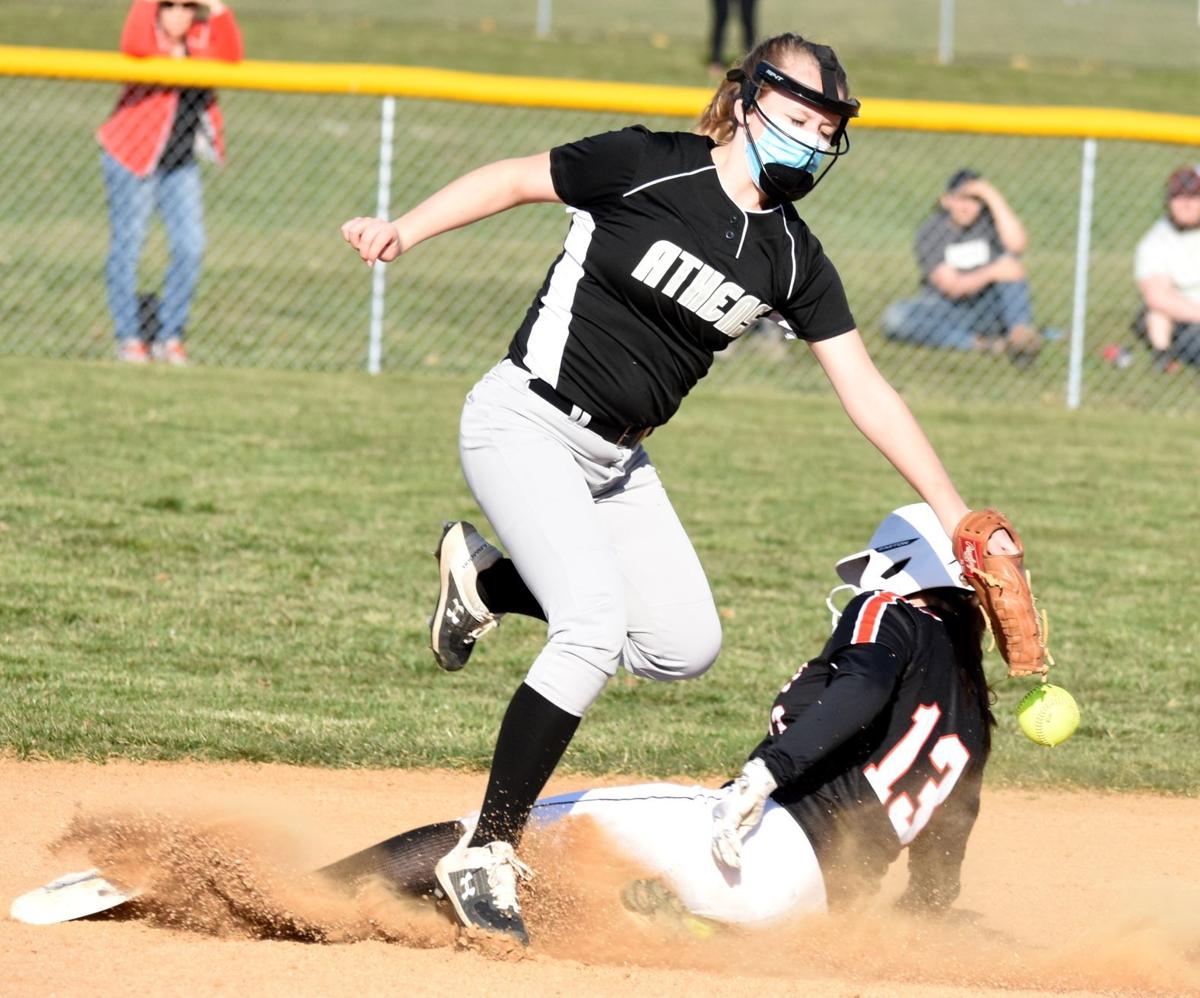 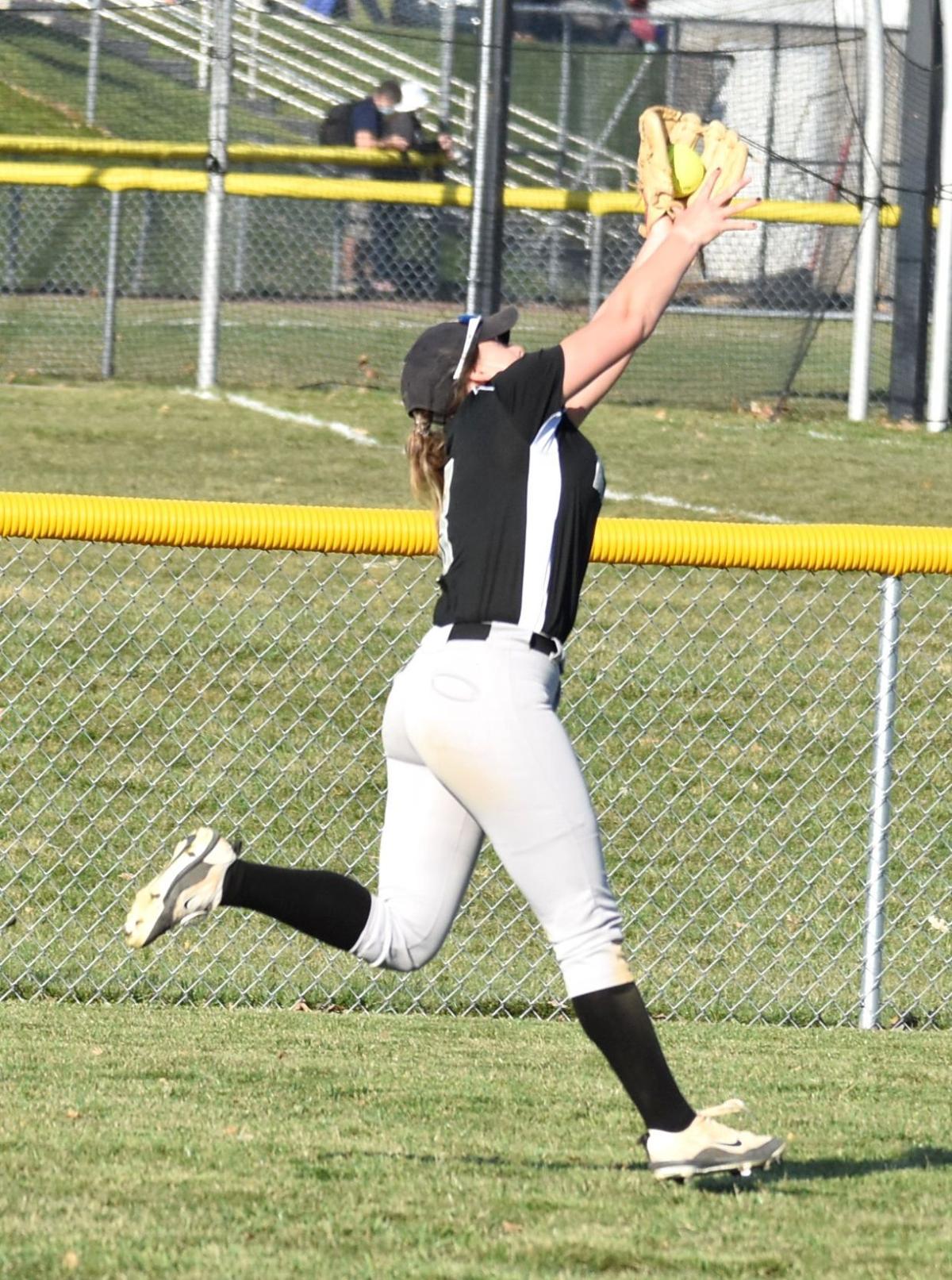 Athens' Karter Rude reacts after hitting a double against Towanda.

Sayre's Brayden Horton connects with the ball on Tuesday.

ATHENS — The Wildcats scored four runs in the second and four in the fifth on their way to an 8-1 win over Towanda in baseball action. It was the season opener for Towanda.

Ben Vough, Cameron Sullivan, Mason Lister and Kyler Setzer all had hits for the Wildcats.

Mason Johnson and Aaron Bardell had hits for Towanda.

Octavious Chacona struck out seven in four innings of relief and Ethan Sparrow struck out two in two innings.

Kannon VanDuzer homered for the second straight game, this one a grand slam, for Sayre as they moved to 2-0.

VanDuzer had three hits, six RBI and a run scored.

Jackson Hubbard had a double and scored two runs and Jake Burgess had three hits, an RBI and four runs scored.

Cam Bellows had had a double, two RBI and a run scored for Canton.

Bellows had an RBI, Schoonover had two RBI and a run scored, while Hudson Ward scoerd a run.

The Hornets scored 15 runs in the first two innings on their way to the win.

Conner Adams had a hit and scored two runs and Kaeden Mann had two RBI and scored four runs.

Brock Hamblin scored four runs and had an RBI and Dylan Abernathy and Landon Goetsch each scored two runs, while Brody Morral scored a run.

Morgan Madigan had a hit for Troy and Shane Austin and Evan Short had RBI, while Caleb Binford, Kory Schucker and Jake Deitrick scored runs.

The Wildcats moved to 5-0 on the year, as Towanda dropped their season opener.

Caydence Macik had a home run and a double for Athens, scoring twice and driving in two runs and Harley Sullivan had a hit, an RBI and two runs scored.

Audrey Hatch had two hits, with a double, an RBI and three runs and Addy Repsher had a hit and scored a run.

Ashlynn VanFleet had two RBI and scored a run and Megan Collins had a hit, an RBI and a run scored, while Carlie Simpson had a hit and an RBI.

Lizzy Matera had two hits, an RBI and a run scored for Towanda and Maddie Maynard had a double, three RBI and two runs scored.

Canton scored in all but one inning in the win.

Emmi Ward had a home run and four hits, scoring five runs, for Canton and Sara Saar had two hits, with a double and three runs.

Keri Wesnesk i had two hits, with a double and two runs and Molly Ward had two hits and scored wo runs.

Sayre scored both runs in the first inning.

Haley McCaig had a double for Sayre’s lone hit.

Jillian Shay threw a one hitter for Canton striking out four.

The Hornets scored seven runs in the first two innings of the win.

Jena Boyce had four hits, with four runs scored and two RBI for Wellsboro and Emma Coolidge had three hits, with a double, four RBI and two runs scored.

Olivia Servatius had a double and an RBI. Madaline Bordas scored two runs.

Clymer struck out nine for Wellsboro on the mound.

Lindsey Seele had a home run, a double, an RBI and three runs scored.

Steele struck out eight on the mound.

The Griffins got two hits each from Jaeden Patson, Mallory Dickinson and Samantha Albright in the loss and Peyton Pretti had a hit. Patson had a triple.

Patson and Pretti scored runs and Albright and Lorena Marquardt drove in runs.

The NTL track and field season kicked off on Tuesday.

In the 400 meter relay Williamson won for the girls and in the girls’ 1600 relay Canton’s Camille McRoberts, Laci Niemczyk, Kali Wesneski and Natalie Kapichok won in 4:45.

In the 100 meters Charlie Slusser won in 13.4 for Williamson followed by teammaets Kyra Daley and Scout Abel.

McRoberts won the 1600 in 6:09.5 followed by Williamson’s Chloe Spencer and Warner.

In the 100 hurdles Chelsea Hungerford won in 17.7, followed by teammates Kirsten Crain and Evelyn Louca.

Hungerford won the 300 hurdles in 53.4 followed by Louca and Crain.

Kelley won the shot at 31-feet, 4-inches followed by Schmitt and Gleckner.

In the long jump Slusser won at 15-feet, 3/4-inches, followed by Larcom and Warner.

Slusser won the high jump at 5-fet, 4-inches and Ryann Slusser won the pole vault at 5-feet, while Kelley won the javelin at 79-feet, 2-inches, followed by Gleckner and Schmitt.

Williamson’s Elliott Good won the 100 in 11.6, followed by teammate Mason Kelsey and Connor Foust of Canton.

Kelsey won the 200 in 24.7, followed by Foust and Elias Kaufman of Williamson.

Lewis won the 400 in 57.30 followed by Canton’s Isaiah Niemczyk and Ducan Kerr of Williamson.

Nathaniel Welch of Williamson won the 800 in 2:16.7, followed by Williamson’s Owen Cummings and Hunter Ostrander of Canton.

Caiden Williams of Canton won the discus at 104-feet, 11-inches and teammates Anthony Asbury and Derek Atherton-Ely took the next two spots.

Williams won the shot at 37-feet, 6-inches followed by Atherton-Ely and Aspyn Dennis of Williamson.

Kelsey won the long jump for Williamson at 18-feet, 6 1/2-inches, followed by Neal and Niemczyk.

Williams won the triple jump at 38-feet, 1 1/2-inches, followed by Niemczyk and Kerr.

Kaufman won the high jump at 5-feet, 6-inches, followed by Good and Dominick.

Junior Justice Harlan won the shot put with a throw of 38-ft, 2 inches.

The Black Knights opened the season with a win.

Towanda got a forfeit win at fifth singles.

Ackley and Stone won at first doubles 6-2, 6-3 over Grady Dibble and Rein Alderfer and at second doubles Doran and Graves won 7-6 (7-2), 6-2 over Ryan O’Connor and Aiden Hennessy.

In doubles Galeton won both by forfeit, but two matches were played as exhibitions with John Martin and Kenneth Johnson beat Dylon Eveland and Beck 7-6, 7-6 and Stike and Batson won 6-2, 2-6, 7-5 over Weed and Hickslee.

The Wolverines got out shot 9-2 and SVEC had 11 corners to none for Waverly. Cameron McIsaac had seven saves in net for the Wolverines.

“We gave up an early goal and it kinda took the wind out of our sails, but we were able to regroup for the second half and hold them scoreless,” Waverly coach Eric Ryck said. “We just had a really hard time putting an attack together tonight, we spent too much time with the ball at our feet, and some of the calls caused some frustration for the boys but it is what it is, and I feel like we did the best we could with the hand we were dealt. The boys worked really hard like they always do to create opportunities for us, When we were able to get the ball through we were able to get some good opportunities and I’m proud of their effort and looking forward playing them again at home on Saturday.”

The Internal Revenue Service announced it will extend the federal income tax filing deadline to May 17, 2021 and the Pa. Department of Revenue has followed suit with the same deadline. Have you filed your 2020 taxes yet?