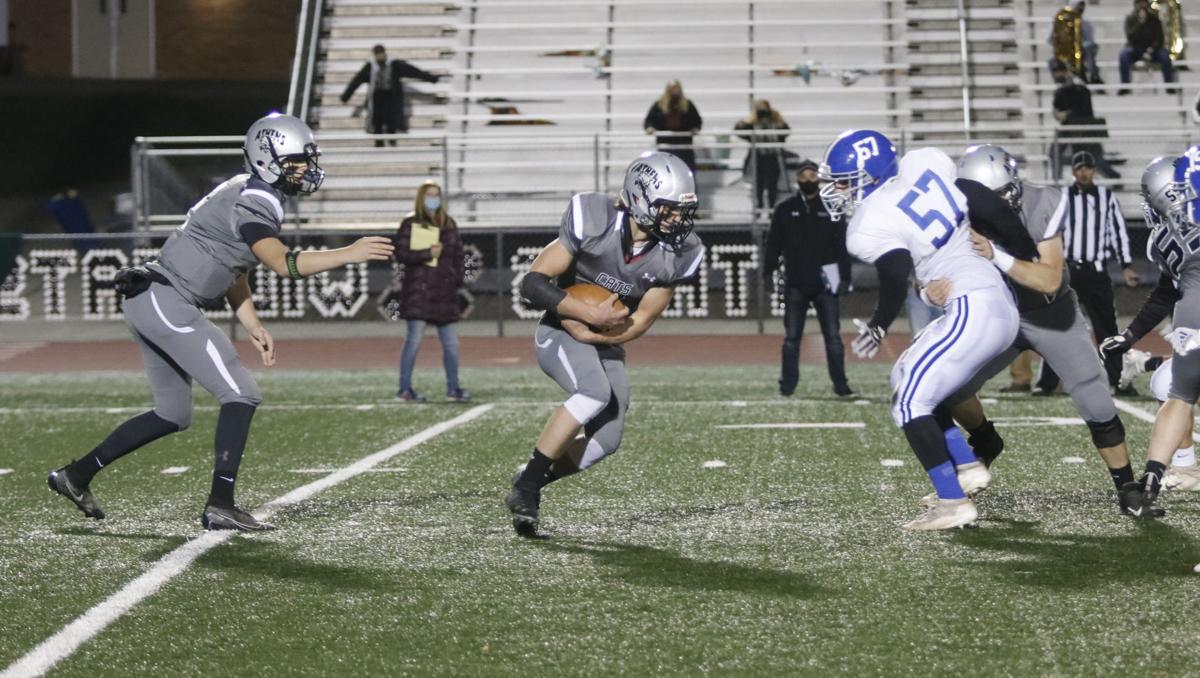 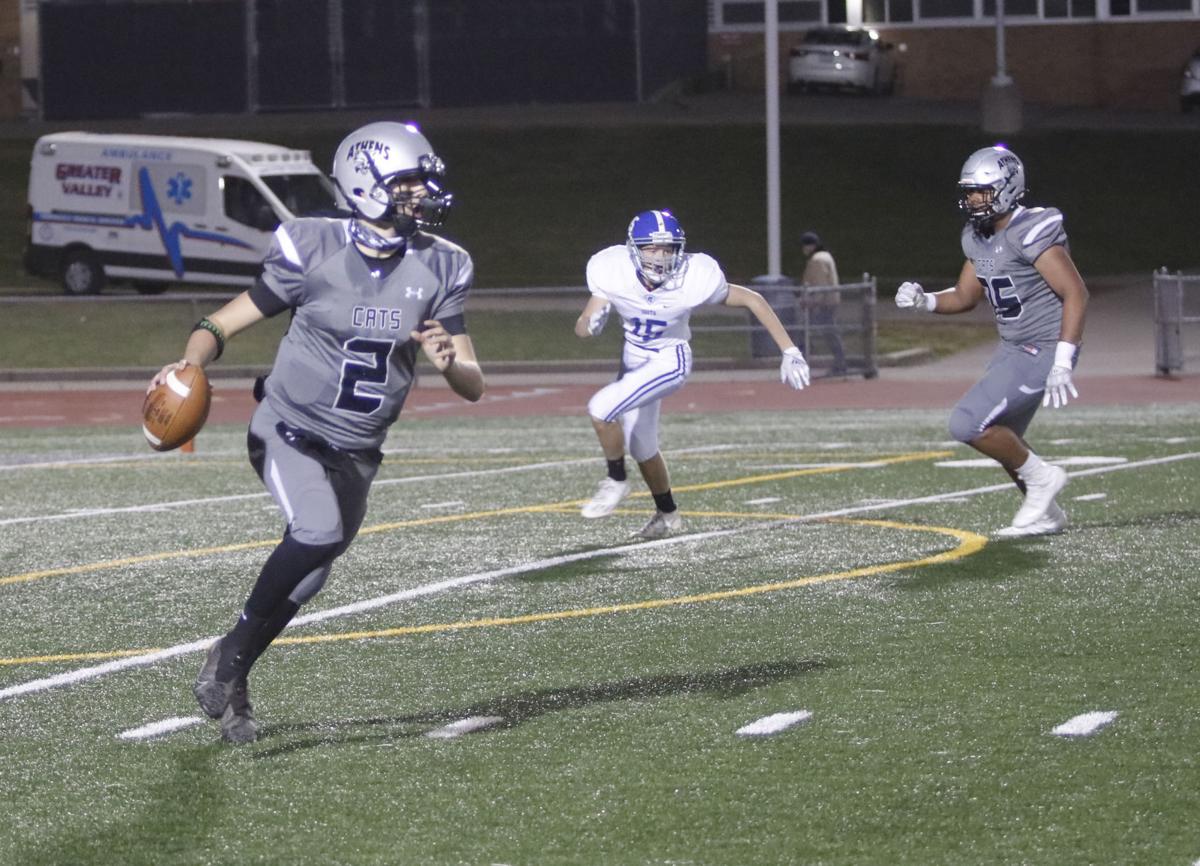 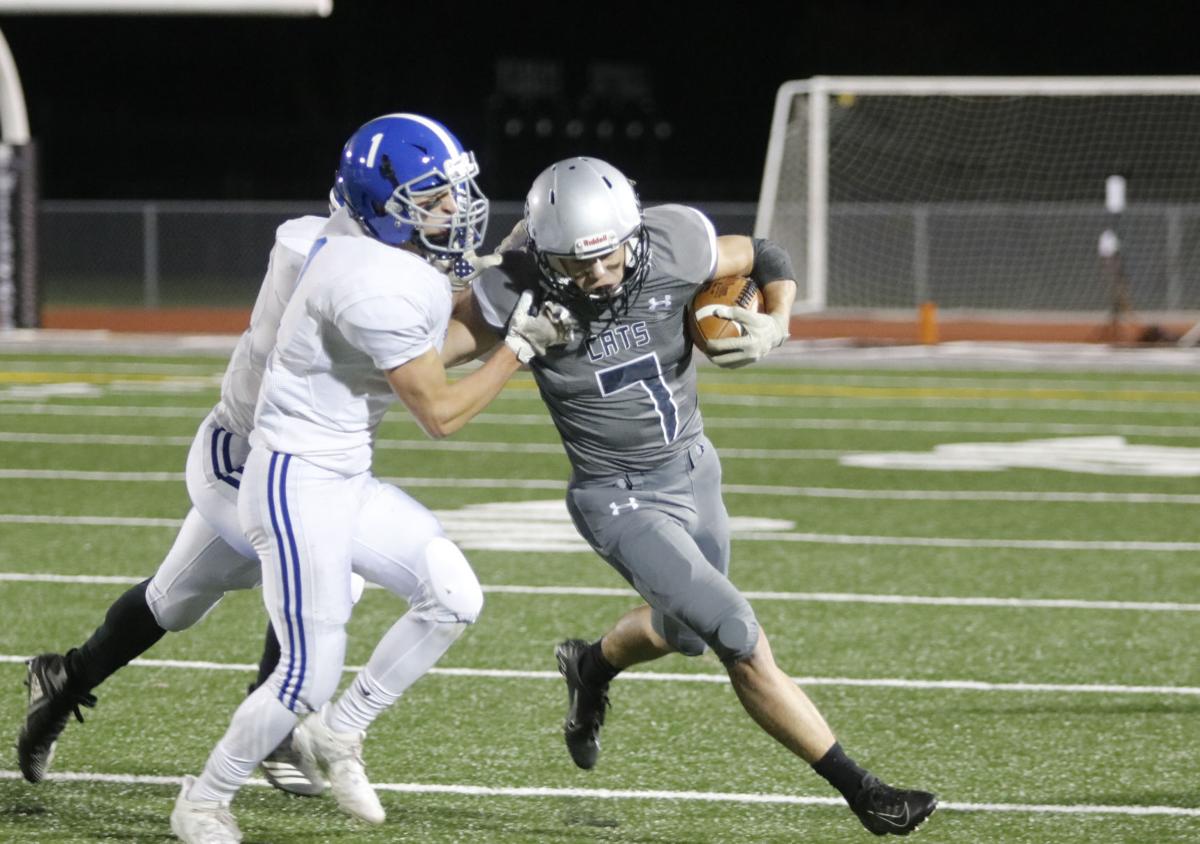 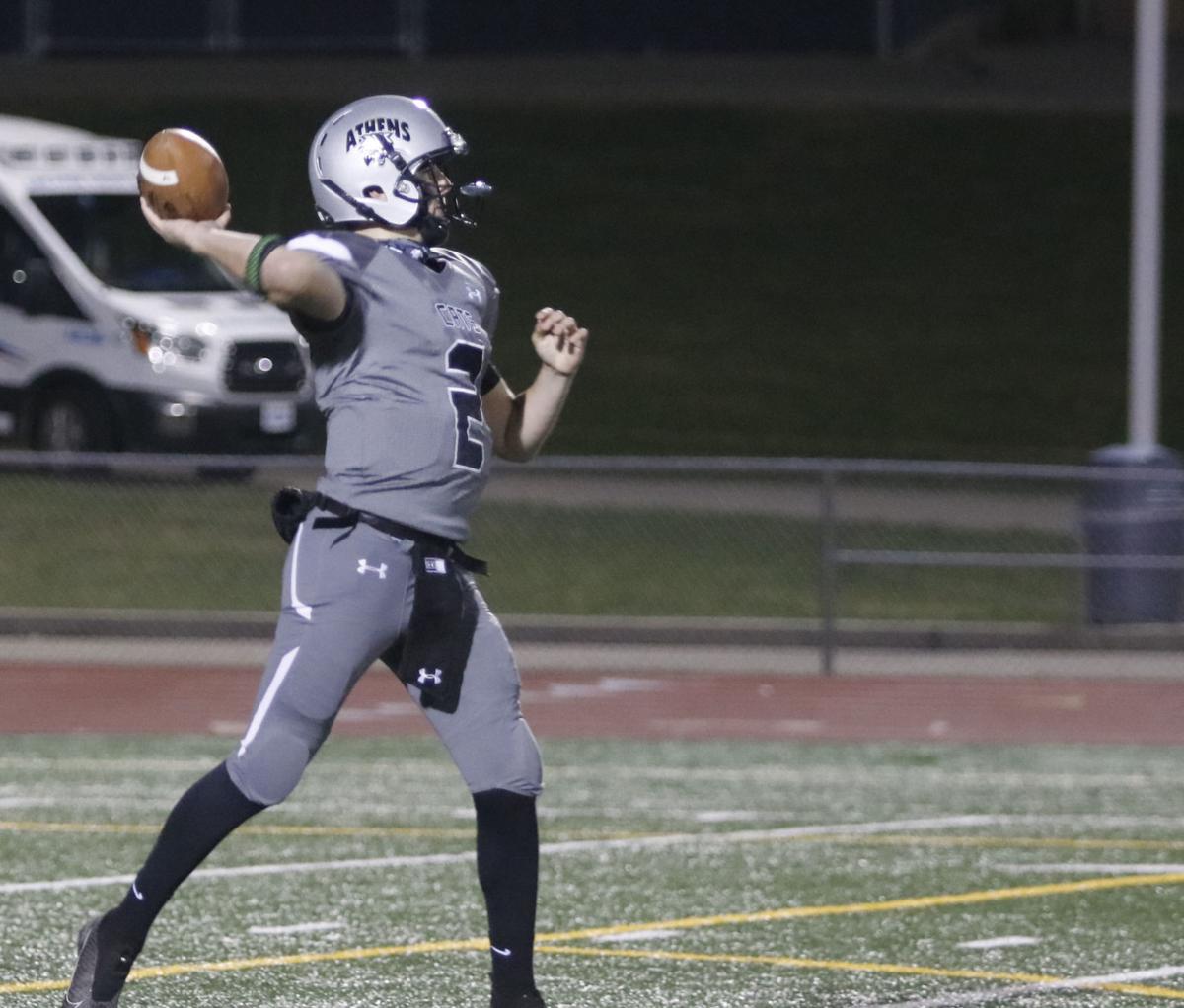 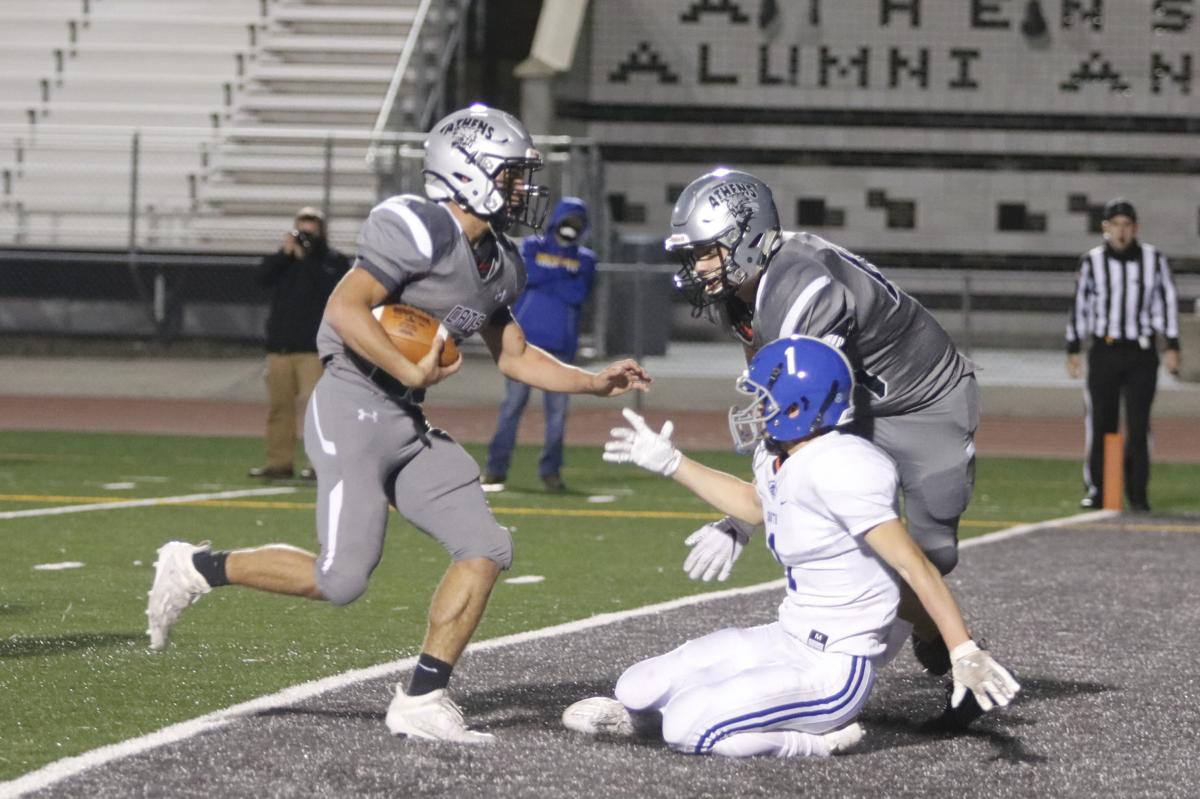 Athens — The South Williamsport Mountaineers entered last night’s football game with an unblemished record, 3-0. Their offense features Zack Miller, a big bruising running back. Miller ran around, over and through the Wildcats for the first half. He accumulated 119 yards and a touchdown in the first half alone.

The Wildcats did manage to strike first with a bully of their own, Shayne Reid. On their opening drive, Reid carried for 79 yards and a touchdown. The Wildcats led, 7-0.

The only struggle for the Mountaineers was point-after attempts. They failed to convert any of them.

Ian Wright blocked the kick on their first drive. On their next two drives, they attempted two-point conversions without success. This limited their lead to 18-7.

The Wildcats finally got their offense moving again on their final drive of the half. Quarterback Mason Lister connected on third-down and fourth down passes to keep the drive moving. Lister snuck the ball in from a yard out for a touchdown to finish the drive. Despite South Williamsport’s success, a successful PAT kick pulled the Wildcats to within four at halftime, 18-14.

When asked about his team’s first half performance, Athens head coach Jack Young had this to say: “It felt like we were allowing them to bully us. At halftime, we just challenged them to not make silly mistakes. Most importantly we challenged them to raise the physicality.”

Then, the Wildcats opened the second half with a dubious mistake. Their kickoff return man watched as the ball slowed to a stop on the field and was downed by a Mountaineer. South Williamsport took possession of the ball on the Athens 20 yard line.

That may have been one of the Wildcats’ final miscues of the game. On fourth and goal of ensuing drive, Athens stopped Grant Bachman just outside the goal line to take over on downs.

Athens was unable to score on that possession, but did improve their field position before punting. The defense took over with South Williamsport on their own 27 yard line. A holding penalty backed the

Mountaineers up even further and the defense forced a punt from the fifteen yard line. Ben Pernaselli blocked the punt attempt and the Wildcats recovered the ball on the one yard line. Lister scored on a quarter back sneak. The Wildcats had their first lead of the night, 21-18.

From there, the Wildcats assumed the role of the bully. Coach Young noted “We came out and played really physical. We were putting shots on people. We were getting our face to the football. We were beating up their center. Everything we talked about at halftime was the difference in the game.”

Reid assumed the role of bully. With the help of his linemen, Connor Sindoni, Ian Wright, Lucas Aquilino, Zach Gowin and Pernaselli, he rushed for 101 yards and a touchdown in the second half. The Wildcat defense quieted Miller, who managed only 27 yards in the second half.

The Wildcats would score twice more, ending the game with a 35-18 lead.

Lister finished the game with 51 yards passing, no interceptions, two rushing touchdowns and some key rushes in short yardage situations. Reid accumulated 183 yards and two touchdowns. Caleb Nichols contributed 32 yards on the ground and a touchdown.

Athens is scheduled to travel to Montgomery next week.