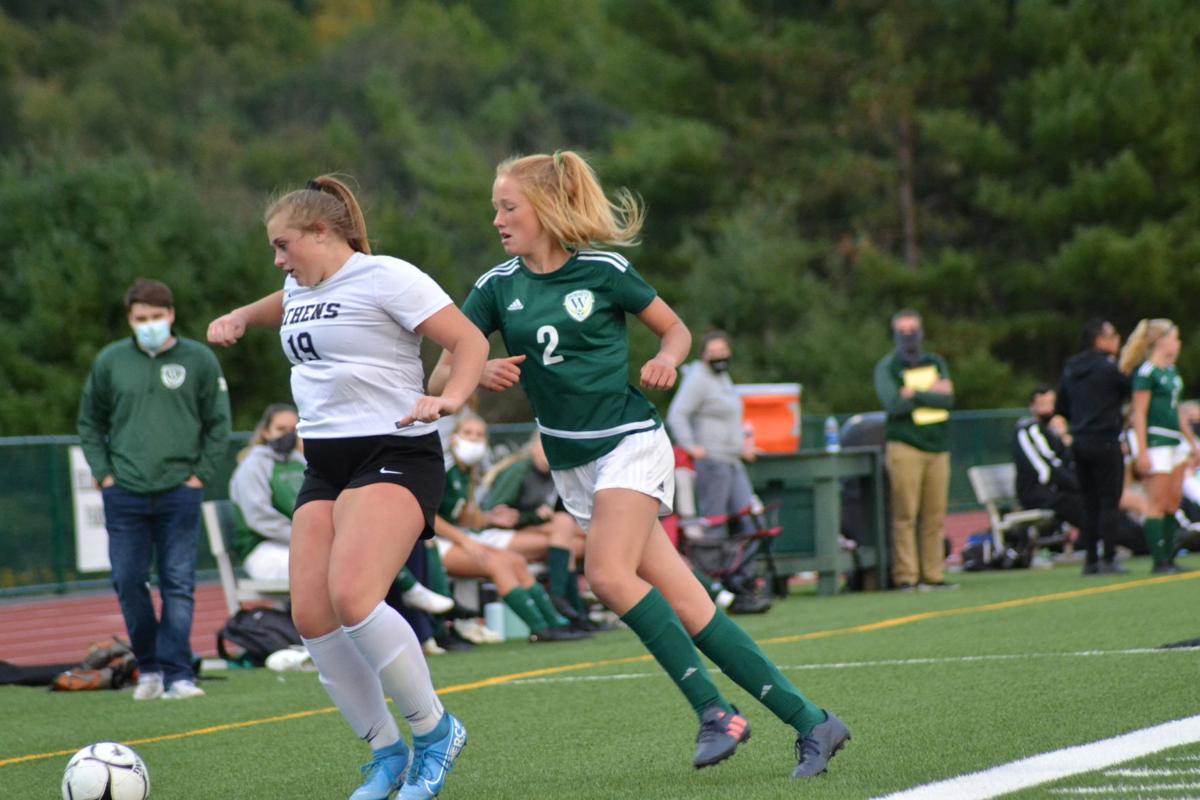 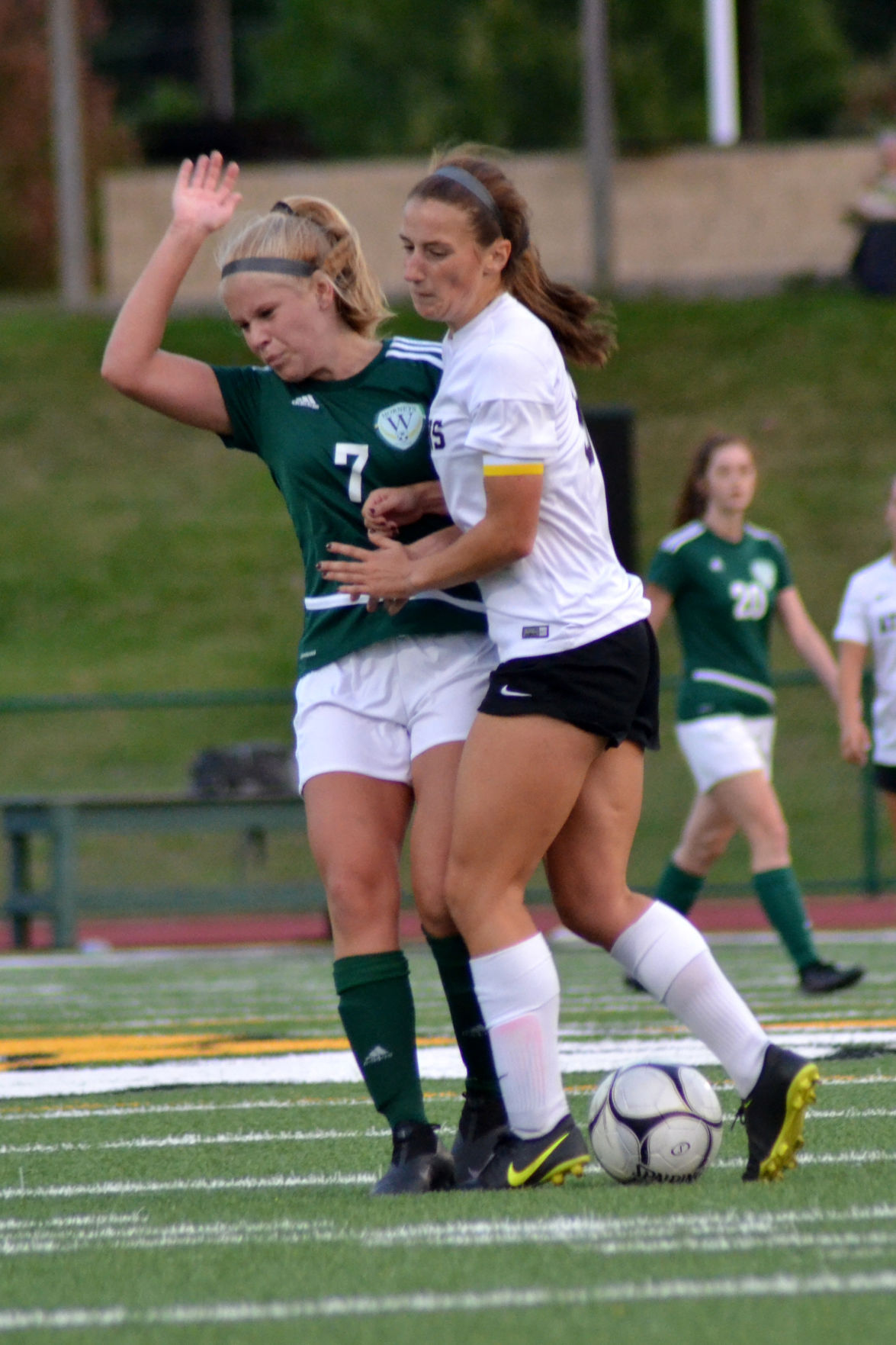 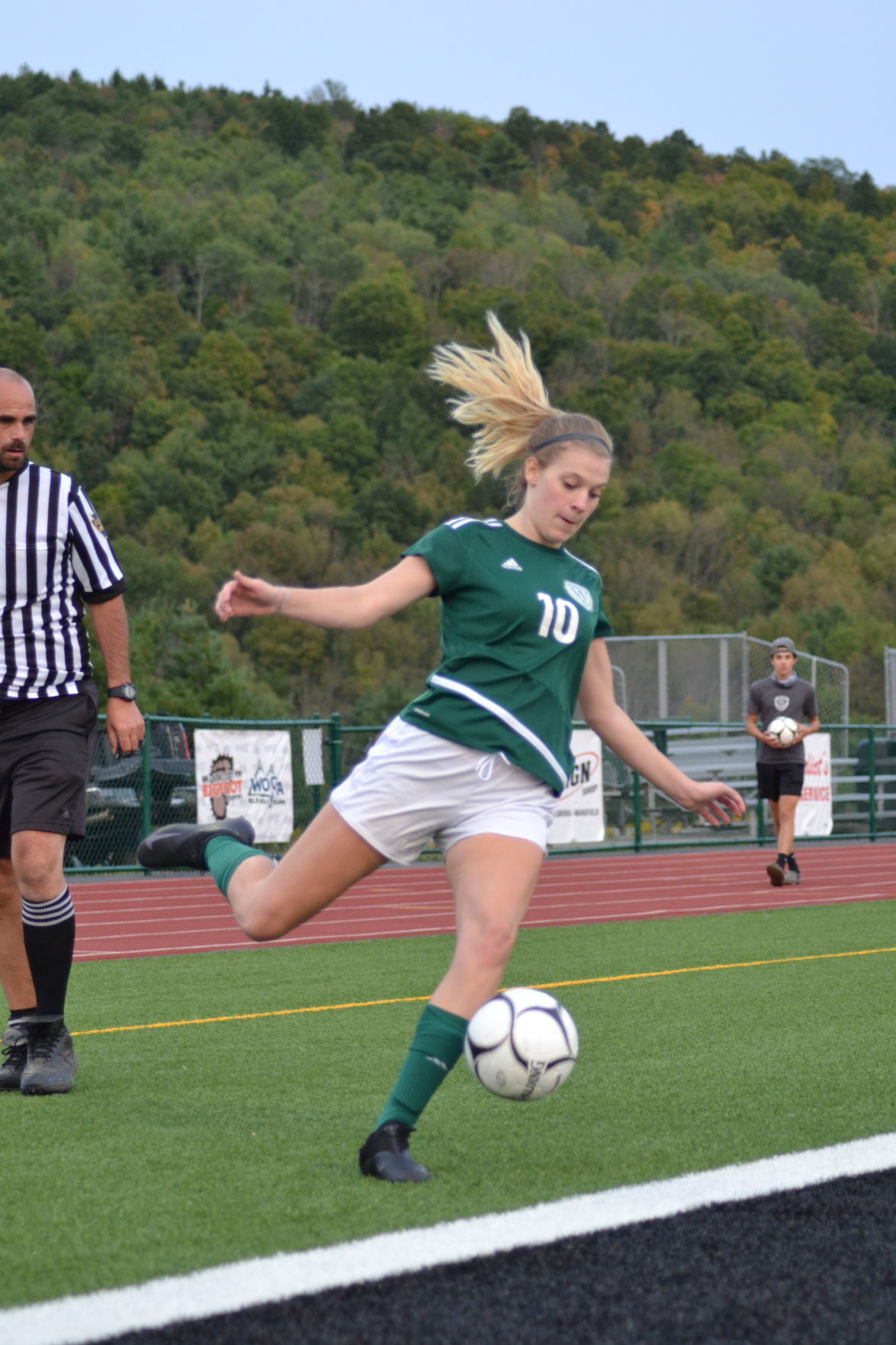 100 minutes was not enough for Wellsboro and Athens as they drew, 1-1, in an NTL Girls’ Soccer showdown Wednesday Night at the Wellsboro Community Athletic Complex.

“The girls worked hard all summer and you saw that tonight.”

Athens, the eight time defending league and two time defending district champions, had the better of the first half and their pressure culminated in a goal by Division 1 Wagner Bound senior Emma Roe. Roe broke in behind the Wellsboro back four and slotted a right foot shot past Lily Abadi from 10 yards out with 8:36 remaining in the first half.

Wellsboro did not panic.

“We told the girls to keep doing what they were doing,” Stokes said. “We liked the pressure they were putting on and knew if we kept at it we would score.”

Score they did, in tremendous fashion. Senior Midfielder Cara Tennis drove down the right flank, then cut back onto her weaker left foot from 22 yards out below the upper right corner of the box and hit a shot off the far post and crossbar and in to tie it up with 36 minutes remaining.

“It was unsaveable”, Athens Coach Rich Pitts said. “She hit that from a tight angle to the far post. Give her credit. It was an absolute rocket.”

As the teams prepared for extra time, Pitts relied on the experience of his program to give him confidence.

“We’ve been in a lot of situations like this before as a program so I knew that would help us,” he said.

Wellsboro had the best two chances of extra time. In the first period, a shot by Madelyn Rudy was parried away only for it to turn into a scrum in front of the goal. Ultimately, Athens Keeper Abby Champion fell on it after it looked like Wellsboro standout Jordyn Abernathy had a crack at it. Then, in the second overtime, Abernathy played a wonderful cross to freshman Sara Seeling, whose header went wide of the net from six yards out.

For Wellsboro, it was a program defining result for first year Head Coach Jorge Tobada.

“This shows how far we’ve come and how hard we’ve worked,” Stokes said.

For Athens, it was encouraging to Pitts for them to come in to Wellsboro and get a result.

“Obviously I wanted the win, but to come in here and get a point(tie) means we’re firmly in the mix (for the NTL title).