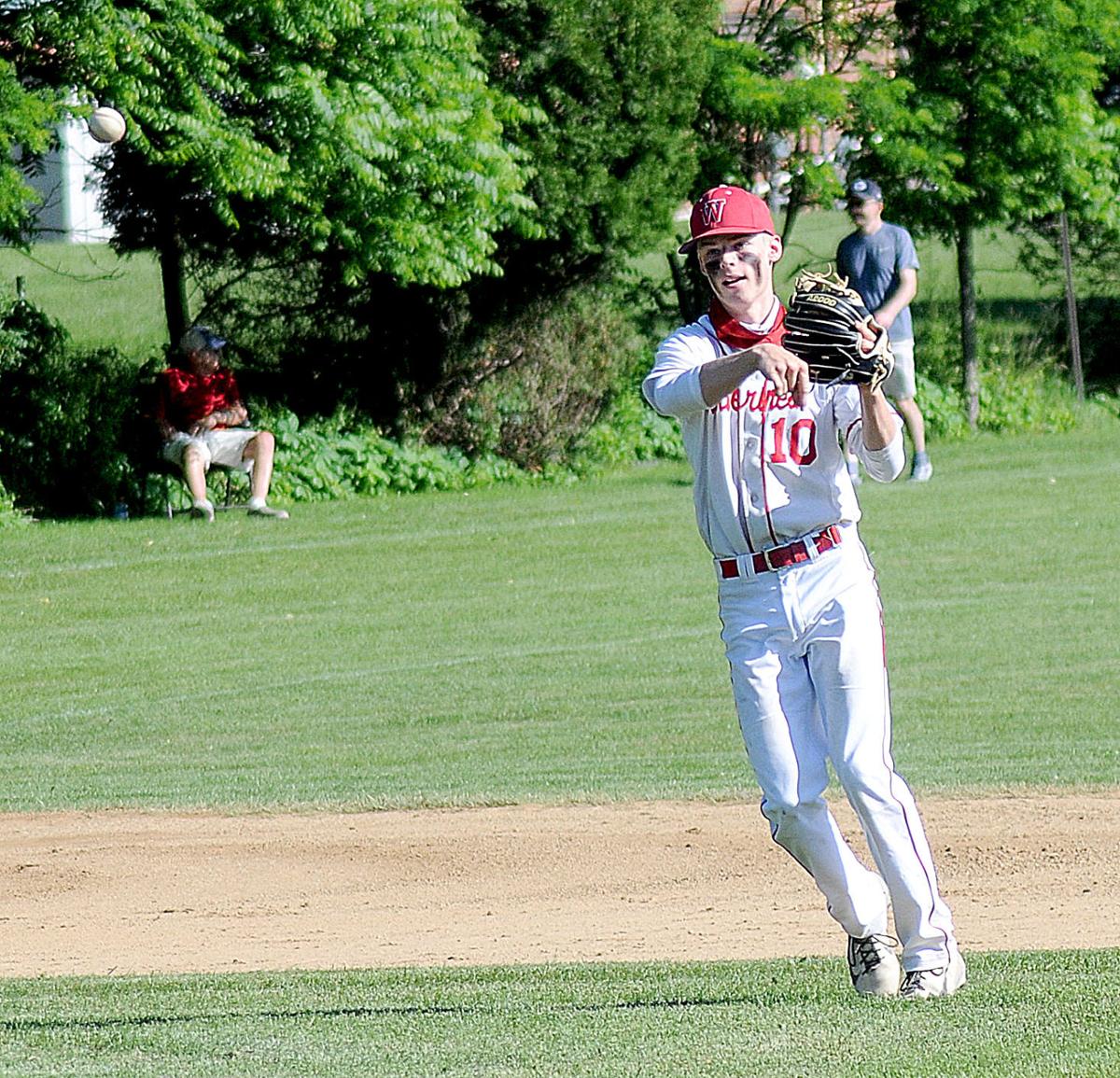 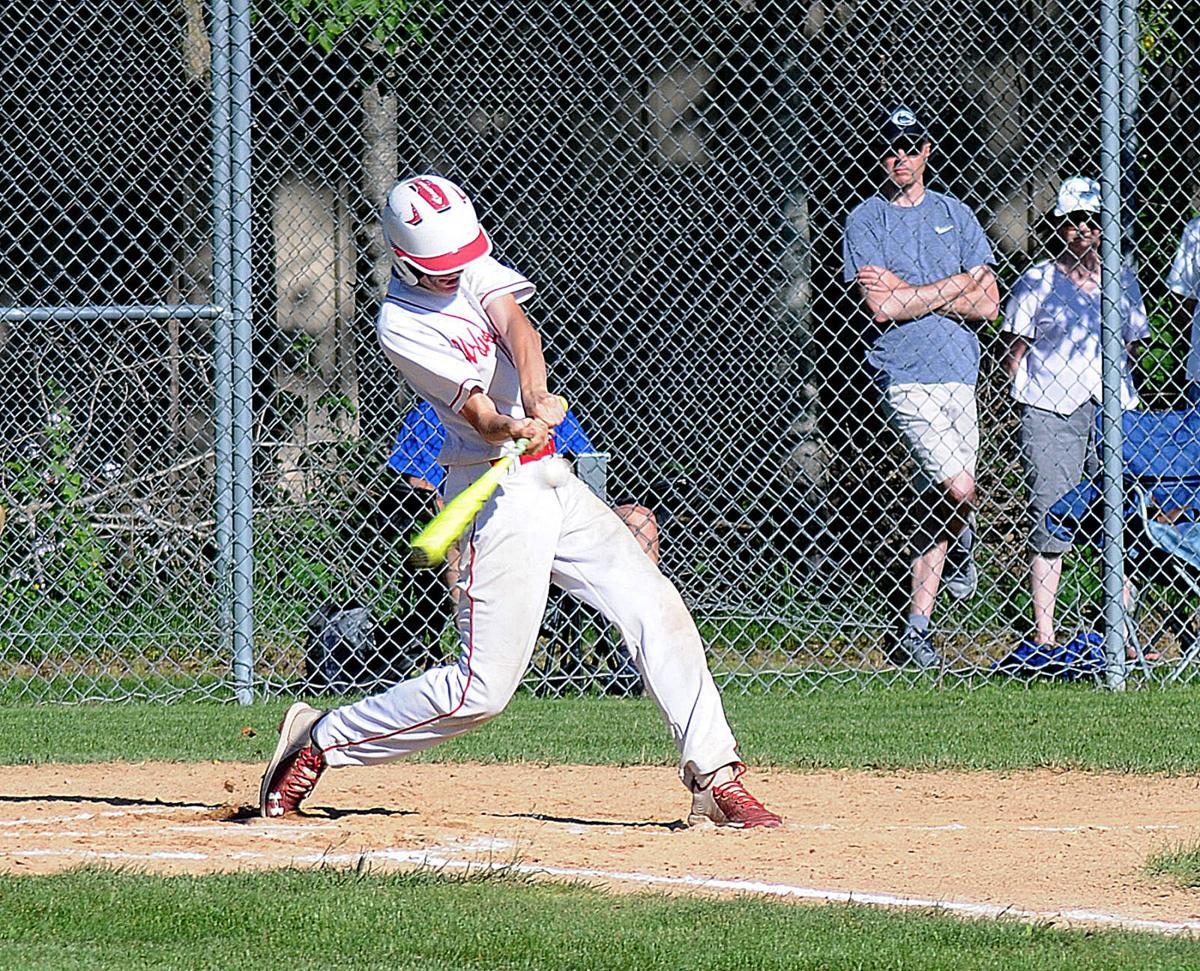 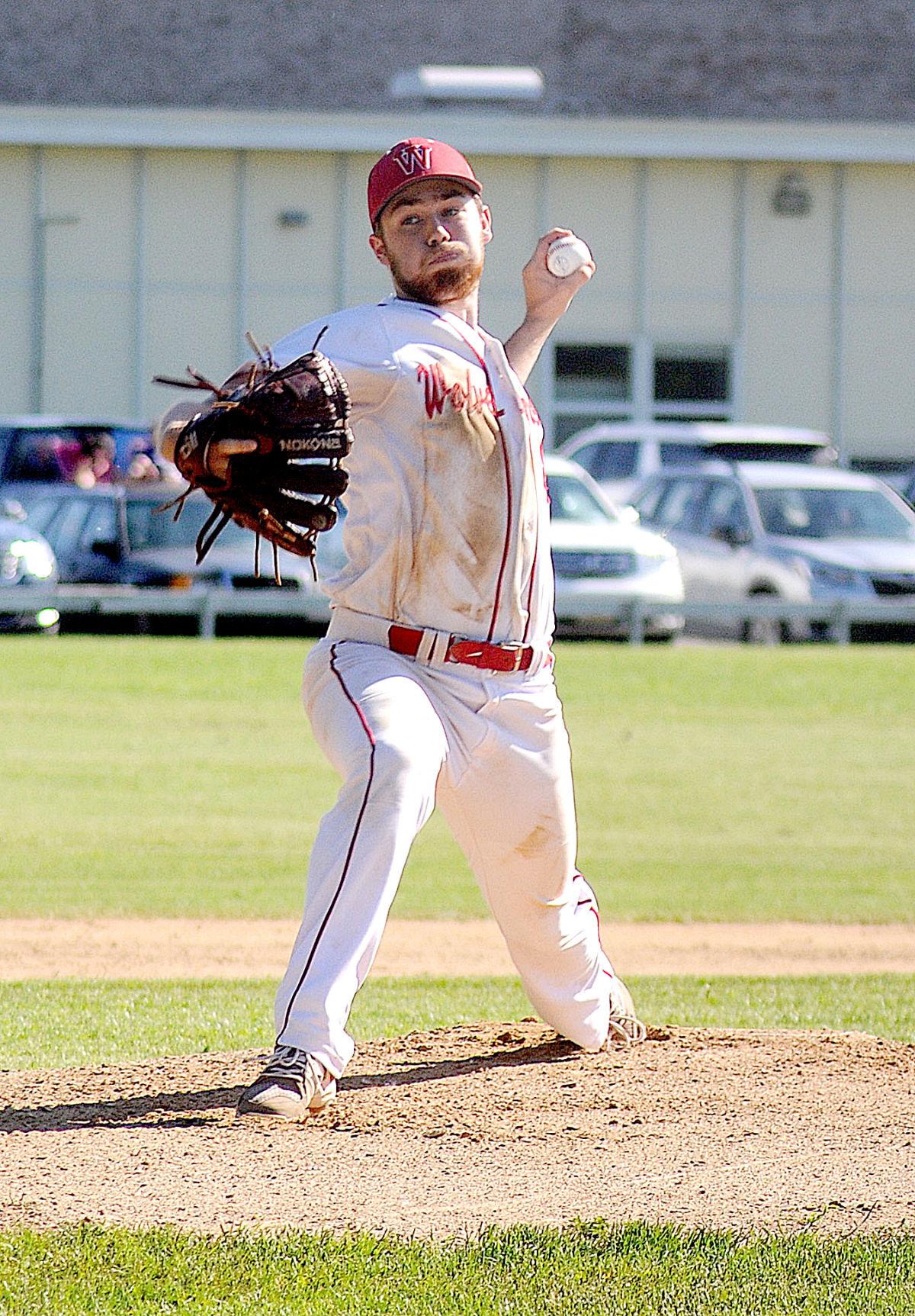 WAVERLY — In the last Section IV Class B baseball tournament in 2019, the Susquehanna Valley Sabers took down the Waverly Wolverines on their home field in the semifinal round to end the Wolverines season. Two years and a pandemic later, Waverly had a chance to avenge the semifinal loss with a home playoff game of their own over Susquehanna Valley.

The second-seeded Wolverines were able to jump into the lead first, but found themselves in a competitive game with the momentum swinging towards both teams many times throughout the game like a pendulum. Susquehanna Valley was able to hold off a late run from the home team to advance the Class B championship game with an 11-9 victory.

The Wolverines left the bases loaded at the end of the game including starting with the bases loaded with no outs and putting just one run on the board on two separate occasions; once in the opening inning and the other in the final inning.

“We had a lot of opportunities today that we didn’t take advantage of,” said Waverly Head Coach Kyle McDuffee. “Credit to our kids though they never gave up and I’m proud of the way we fought.”

A run in each of the first two innings paced Wolverine to an early lead over the Sabers. At the same time, the Waverly defense held their opponent to no runs thanks to Caden Hollywood using his pitch count to produce strikeouts. In the first two innings, SV held five runners stranded to end the game. The role was very much reversed after that point.

Scoring the first two runs for Waverly were Joey Tomasso and Caden Wheeler. Ty Beeman scored Tomasso on a big hit to center field while Wheeler scored on a wild pitch.

Susquehanna Valley then scored five unanswered with the momentum swinging in their favor in the following two innings. They were able to put up two in third and three in the fourth; including a two-run inside-the-park-home-run from All-state quarterback Logan Haskell to labor their three run lead.

Pipher cut into the Saber lead in the next half of the inning with a shot in right center field to send home Caden Wheeler, allowing him to score on a walk in the next at bat. One more run from both teams in the next inning brought the score to 6-5 in favor of the victors with two innings to go.

That was when the bats woke up.

SV drove in four in the sixth followed by three from Waverly thanks to Beeman driving two runs home with the bases loaded, followed by Hollywood scoring in the same inning as well. That inning made it known that Waverly would not go down without a fight making it 10-8 when the final inning began.

The Sabers spotted another run in the top of the seventh with the rally caps coming out for Waverly in their final opportunity. The Wolverines made SV pitcher Quintin Bowman work on the mound as he threw three straight walks with no outs; Waverly never even swung the bat in that stretch.

Then Waverly’s Thomas Hand tried to use his speed on a passed ball that was still within reach from SV catcher Mason Cairns. Hand was called out at home putting one out on the board with no runs still. One more walk and a hit gave the Wolverines a run, trailing by just two at that moment with one out and the bases loaded.

The Sabers ace and two-time state champion in football came to the mound and wasted no time. He was able to get two quick outs and stay under pitch count so he could pitch in the sectional finals, effectively ending Waverly’s season with a two-run loss.

“We had some things that haven’t really been exposed this year that this team exposed,” noted McDuffee. “We have a lot to work on with these guys and they’re going to take a little bit to realize what they need to work on this offseason, but I really think you’re going to hear about this team in the next few years.”

Haskell, Scotty Howard and Mason Cairns all registered two hits each for the Sabers while Shane Cook and Richard Diffendorf knocked in two runs each. Nick Stilloe lasted the longest on the mound as the starter for SV, finishing the over three-hour long contest with a team-high three strikeouts.

Waverly had two game-best performances in the semifinal matchup; one at the plate and one on the mound. Wolverines ace Caden Hollywood fanned eight batters in five innings of work. Ty Beeman drove in the most runs with three. Pipher produced five quality at bats in the loss.

Susquehanna Valley had their way on the base paths, stealing 12 bases as one of the main differences in the game.

With the win, the Sabers now advance to the Section IV Class B championship game for the second straight season where they will meet up with the eight-seed Greene/Oxford who mustered two upsets to get to the final game; one over top-seeded Windsor and the other against Seton Catholic today. That final game will be at Susquehanna Valley.

Waverly finishes the season with a 15-5 record and will bring back many players for next season.

These kids are really young and they’re going to make some damage in the next couple of years,” added McDuffee. “The key here is that maybe they did not win today, but it was a win long term because now we’re prepared for sectionals for the next three years in this program. It was a great experience for all of these kids.”