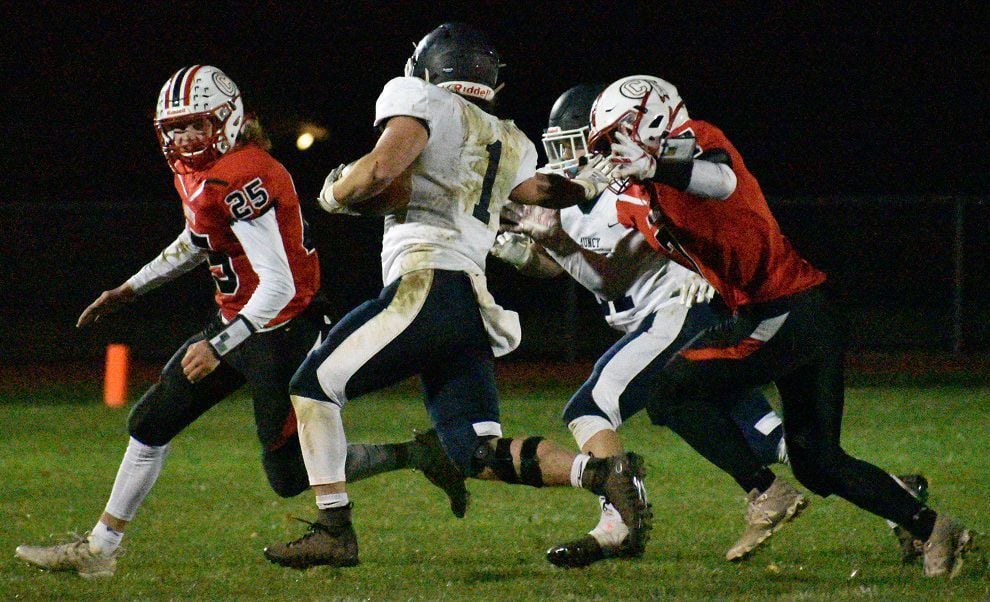 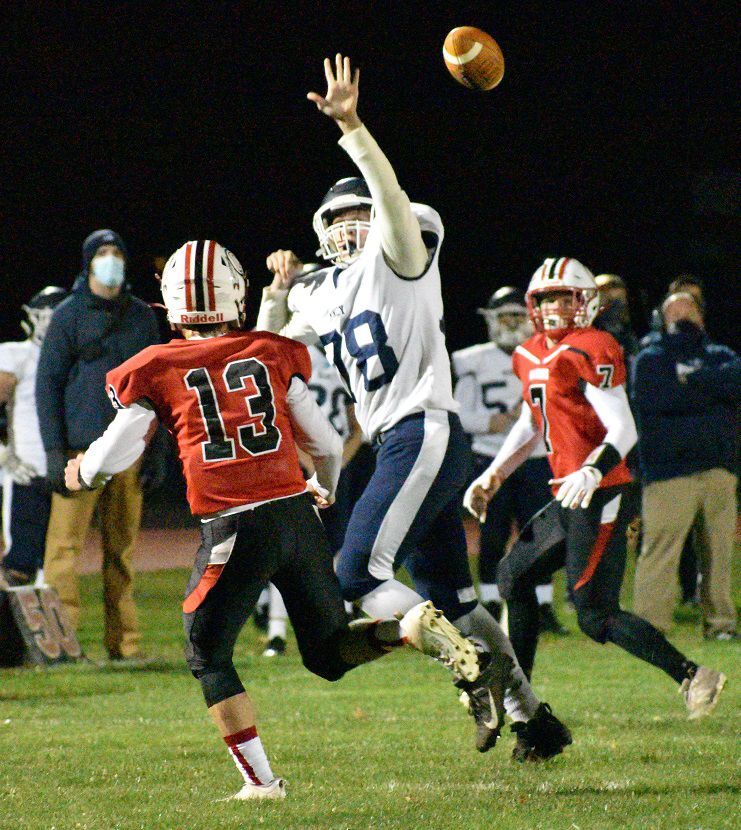 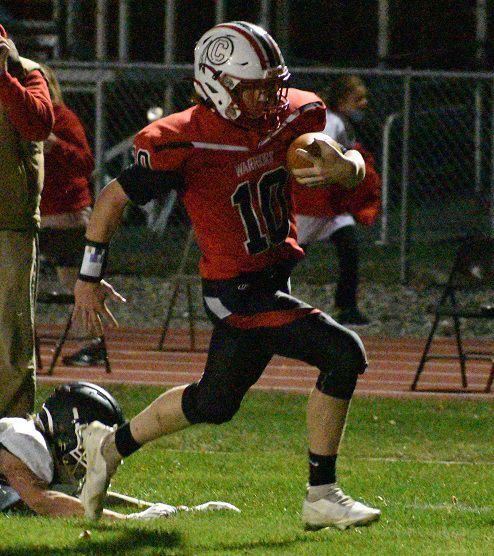 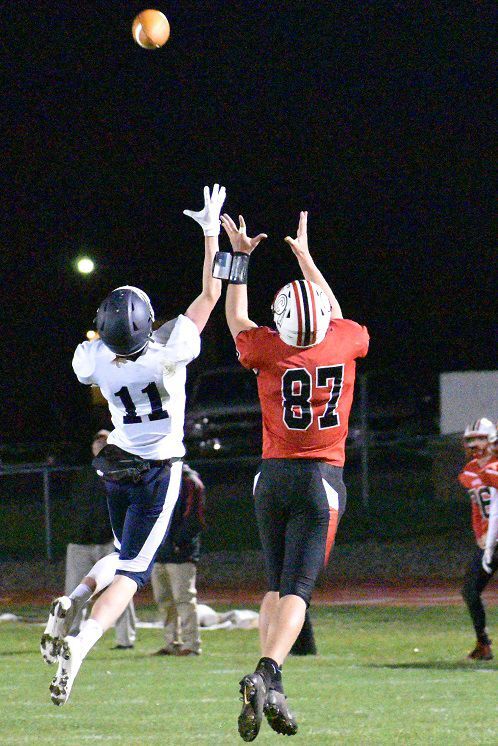 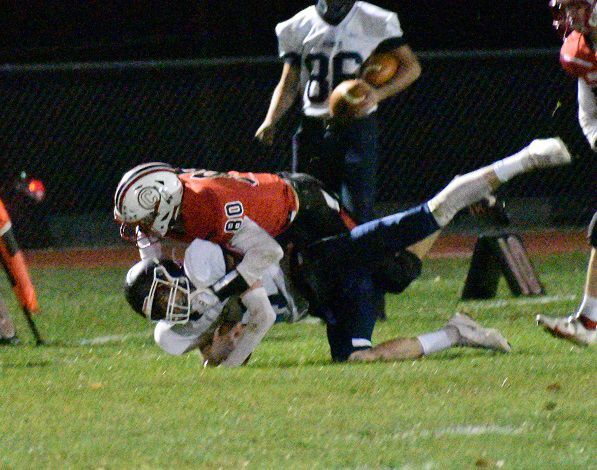 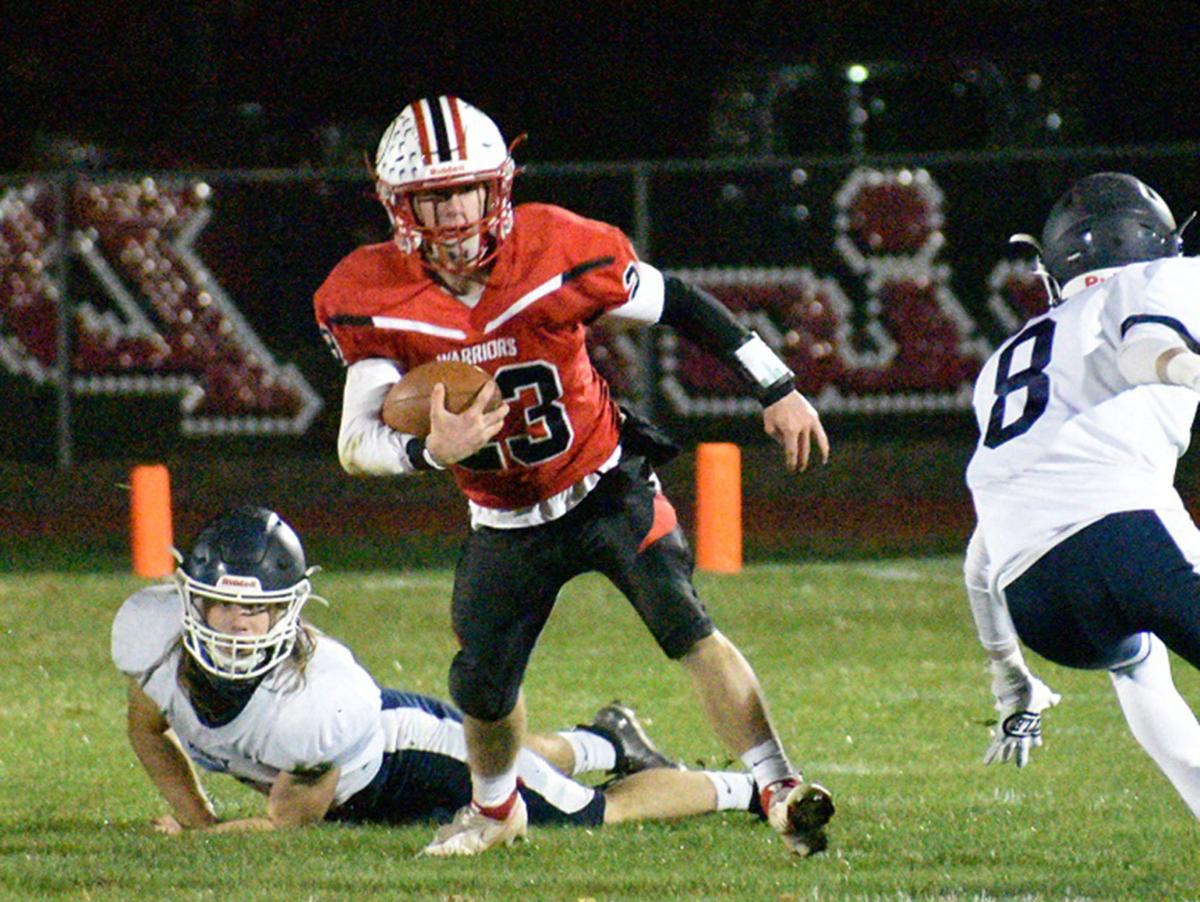 CANTON — The circumstances surrounding Saturday’s Muncy-Canton game were vintage 2020. Normally Week 8, actually Week 6, and Canton playing only its third game of the season, which was simultaneously its home opener and regular season home finale.

Though the external stuff was bizarre, the game itself lived up to its billing. The top two teams in District 4 Class A from past two seasons grinded it out and through a scoreless first half before Canton scored three second half touchdowns while the Warrior defense stifled a Muncy team playing at less than full strength, but a team that entered 5-0 nonetheless, as the Warriors topped the Indians 19-0.

“Troy is our rival but Muncy has also become a rival the last two years. We’ve been at each other and we both have good teams with lots of athletes and it’s back and forth each time,” said Canton coach Tyler Sechrist.”

The win for Canton makes it likely that the Warriors will host Muncy again in two weeks for the District 4 championship for the third straight year. Muncy has won the last two titles, both on Canton’s home field, so if it takes the bizarrity of 2020 to deliver the Warriors that elusive championship, Sechrist will take it.

“This year has been so strange, opening up against Troy right off the bat, then having a month off, then coming back against Athens, who was undefeated,” said Sechrist. “But this will all prepare us for down the road. We’re hoping to stay laser focused the next few weeks. They say that things that take so long to get, it feels a lot better when you actually get it, so we’re hoping this is the year.”

Assuming Muncy does make the trip back up to Canton on the final weekend of October, the Warriors may have to face a full Muncy squad, which played without nine players on Saturday, including starting quarterback Branson Eyer, due to COVID-19 contact tracing. His cousin, Ross Eyer, moved from receiver to quarterback on Saturday.

“Ross had never played quarterback before this week so we knew there were going to be some growing pains, but he did a good job controlling our offense and we needed to capitalize when we had opportunities,” said Muncy coach Sean Tetreault. “We’ll be happy to get all of these guys back this next week, but our guys came out and played hard. They could have used all the excuses in the world, but they never gave up and that was great to see.

“Muncy-Canton is always a physical contest up front and we made a couple of key mistakes tonight and Canton played a great game.”

Although the Indians were missing some key players, Canton’s defense stepped up big, holding Muncy to just 123 total yards, including only 29 in the entire second half. The furthest the Indians reached on the field was the Canton 29-yard line, which came twice in the first half, and on both occasions, Canton stopped Muncy on fourth down plays. Muncy ran just six plays in Canton territory in the second half, and Indians picked up just one first down in the second half, as Eyer was sacked three times.

Canton was equally challenged on offense in the first half, as the Warriors managed just 53 first-half yards, as the game was largely played between the 30-yard lines. Canton punted on all four of its first half possessions, while Muncy punted twice before being stopped on downs twice. The second of those stops came on a fourth-and-1 from the Canton 29 with 2:39 left in the half, and Muncy wouldn’t get that far on the field again.

“Our defense has carried our team the last few years,” said Sechrist. “We played tough and disciplined and tackled well. But Muncy is going to come back with more firepower and they’ll have their quarterback back.”

But the Warriors elected to start pounding the ball on the ground in the second half. After running the ball 12 times and throwing eight passes in the first half, Canton went almost exclusively to the run, and it paid off, as Hayden Ward ran for 128 of his 137 yards and Riley Parker picked up 91 of his 116 yards in the second half.

The difference was evident on Canton’s first drive of the second half. Starting at their own 43, the Warriors went 57 yards in six plays and Parker scored the first points of the game on a six-yard touchdown run. He had three rushes on the drive, while Ward had two, and the other was a 19-yard reception by Ben Knapp, the only completed pass of the second half. It was also one of just two catches for the standout tight end, who the defense keyed on once again.

“We took a couple shots (passing), but it’s tough because everyone tries to take Knapp away,” said Sechrist. “A couple of times he was double and triple covered, so we just decided we had to run the ball, so we adjusted to their defense and where they were, and used our two good backs.”

But with Canton controlling the game on the ground, it was Knapp’s blocking rather than his catching ability that made a difference in the second half. After Muncy picked up its only first down of the second half on its next drive, Canton stopped the Indians on a fourth-and-2 from the Canton 46.

The Warriors then had a promising drive stopped when Cooper Kitchen’s pass intended for Knapp in the end zone was picked off, resulting in a touchback. But Muncy was unable to do anything with the turnover, and Canton took back over at its own 31 after a Muncy punt and Canton penalty on the punt return.

From there, the Warriors put together a nine-play, 69-yard drive featuring rushes on all nine plays, capped by a Weston Bellows one-yard touchdown run to make it 12-0 with 10:07 remaining in the game. Although all nine official plays were rushes, Canton did benefit from a pass interference penalty on a third-and-10 play, which kept the drive alive.

Later in the fourth quarter, Canton put the game away when Parker went into the end zone nearly untouched for his second score of the game, this one from 23 yards with 3:35 remaining.