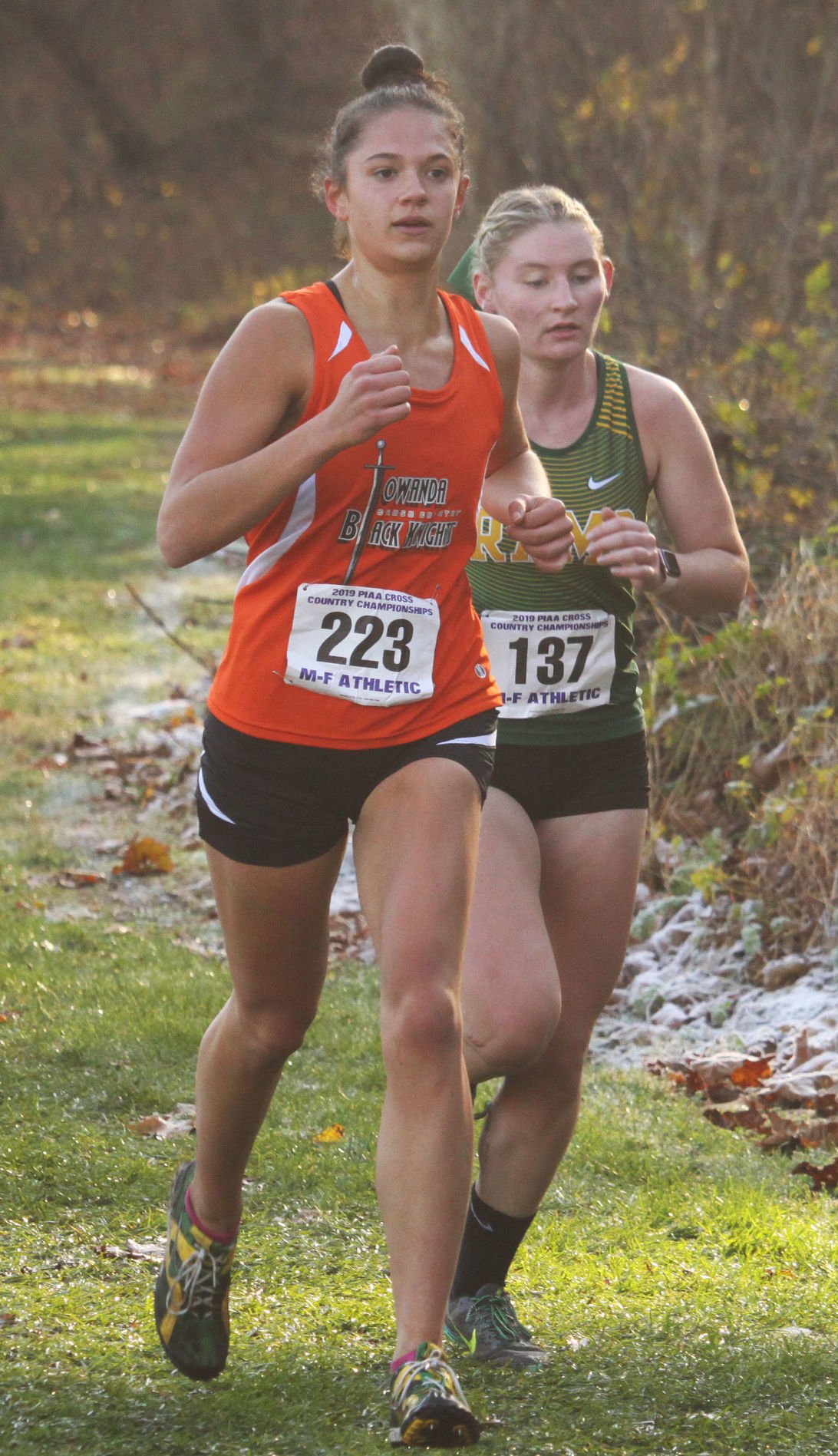 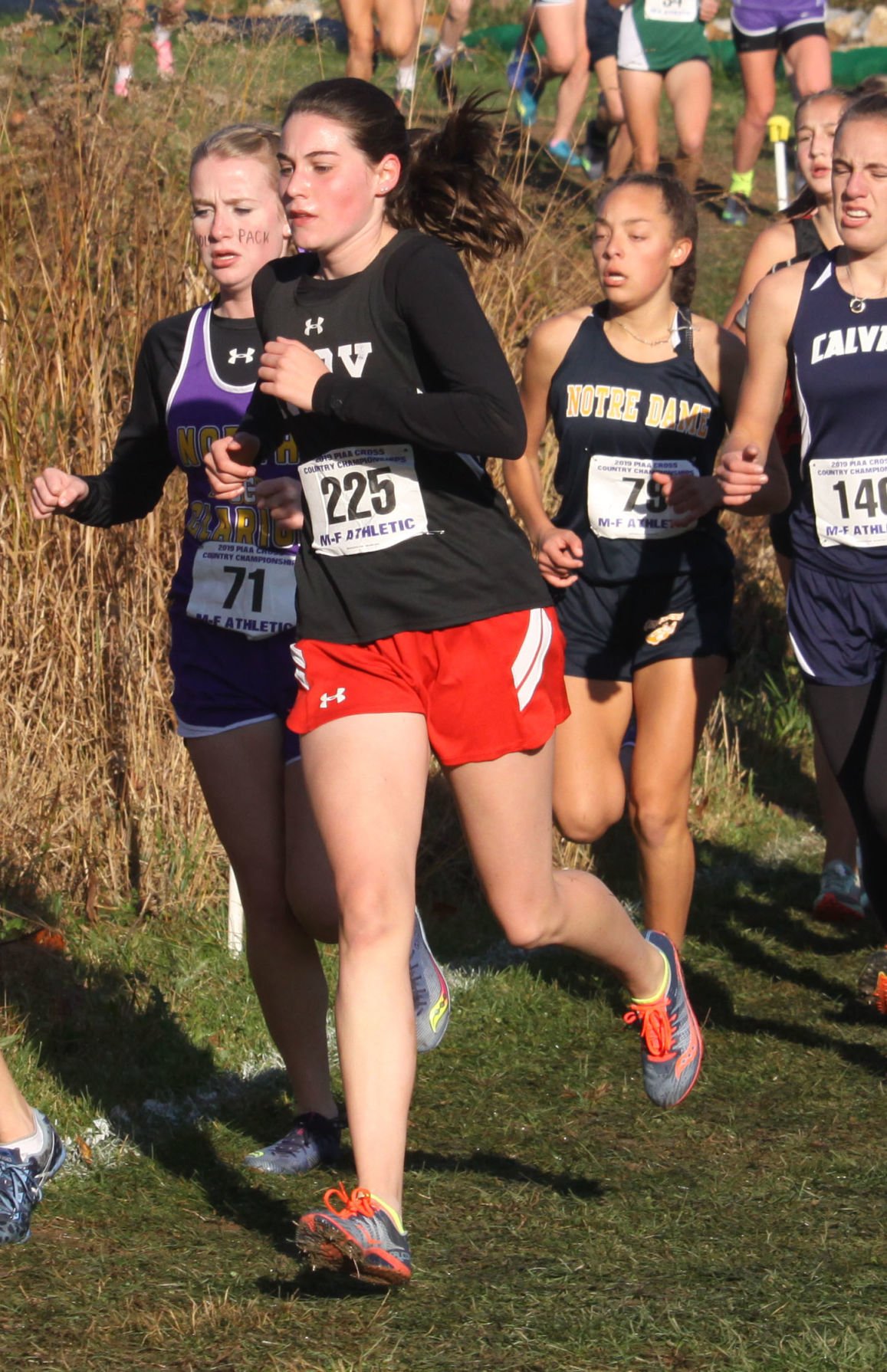 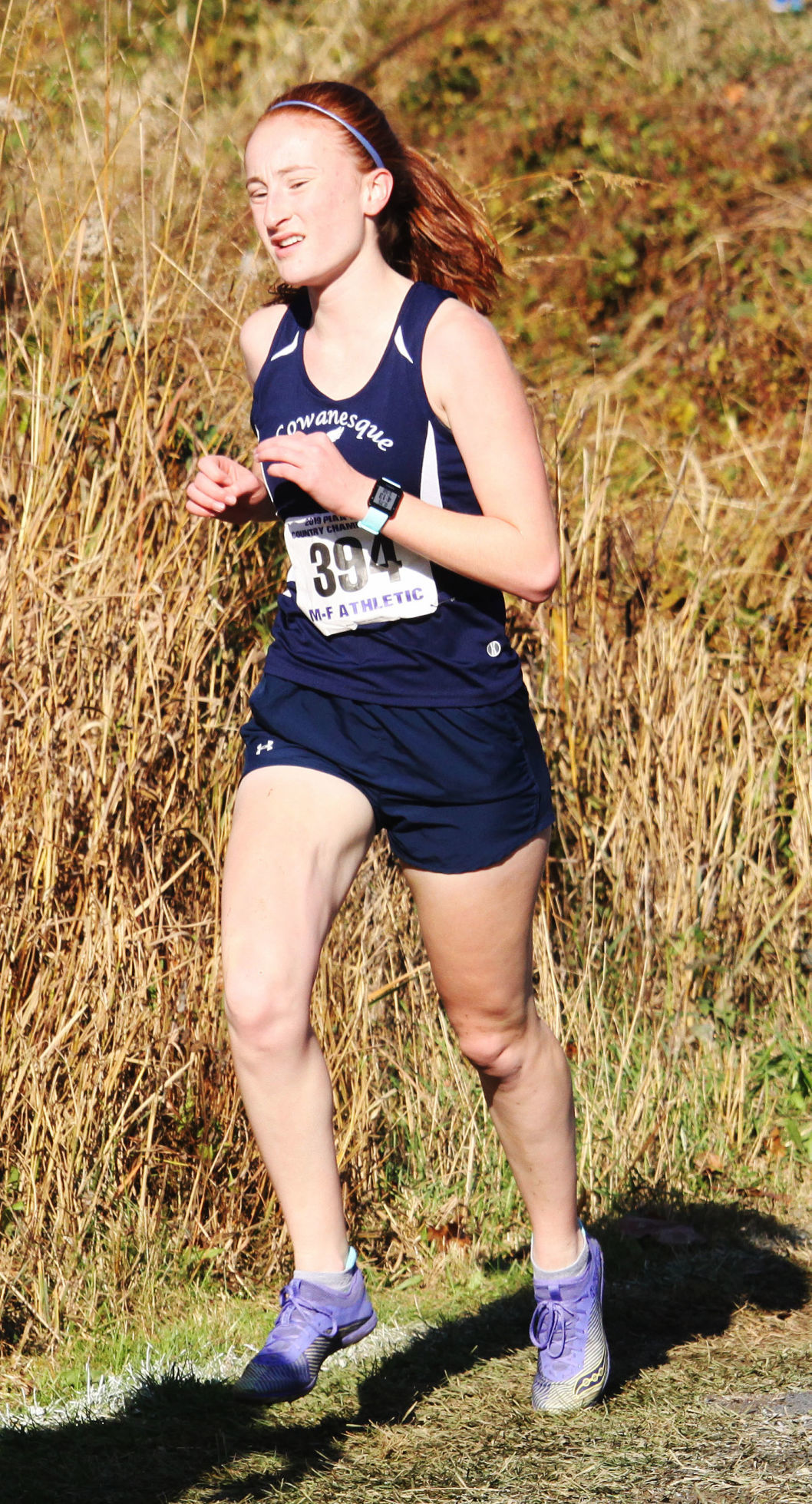 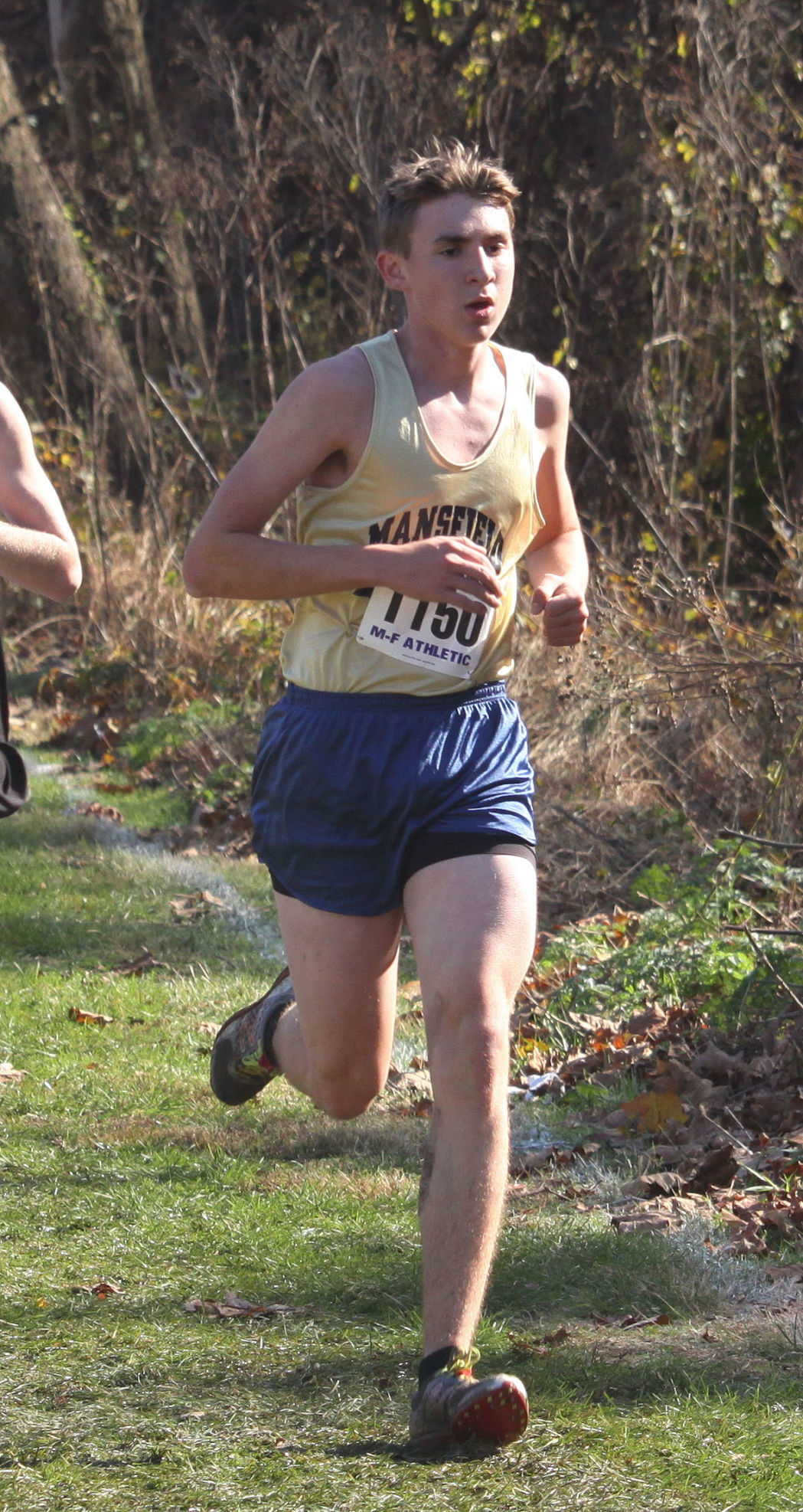 HERSHEY — No individual runners from the NTL were able to break into the medals at the PIAA cross-country Championships Saturday.

“It was very high energy,” Jones said about her final state race. “There was a lot on the line, especially since this year was my last year to possible medal but I just missed it.”

She was as high as 18th early on before falling throughout the race.

“I had a couple people from my school and my team out there giving me my placement and time as well,” she explained. “I had an idea all throughout the race.”

“Staring in ninth grade, my ninth grade was pretty good for being a freshman,” she said. “Then 10th and 11th I kind of plateaued, I didn’t get much better than that. Then this year was my break through, I started to break that 20 (minutes barrier) and started to move on from the 20s. I was hoping that this race would be the cherry on top of a great cross-country season.”

“I was really disappointed at the start of it because I got stuck behind a lot of people,” she said. “But as it kept going I got to the hills and I did what we planned and I got by some people so as the race went on I felt worse physically but I felt better mentally.”

A first time runner at the PIAA Championships, the start was something for her to behold.

“It came like a shooting bullet,” she described. “It scared me for a second. It was definitely a good experience with that many people all together. It was kind of intimidating but as the race went on it got more manageable.”

No matter how she did she was just happy to have a good first, and only, year of running.

“I’m just thankful for the experience my coaches have been able to give me,” she said. “This whole experience has been more than just a state meet. It’s been learning how to excel when you feel like you can’t do it.”

“I felt I did pretty good,” she said. “For a while I couldn’t get out of a big pack, so it made it difficult to get a good start.”

As the pack broke up Hughey was able to move through and get some spots.

Getting here was a just desserts for a successful career.

“I feel very accomplished,” she said. “I would have never have though I would be here in the beginning. I feel proud of the season I had.”

“It was very cold and very wet but it was a good race,” said Taylor. “That start was very fast.”

Slipping and sliding was something all runners had to worry about as they made their way around the course.

“I put my arms out so that if I fell I could get up really fast,” she explained. “It was really hard because there were so many wet spots.”

One thing that she took away from this for the future — the start is not for slow pokes.

“You have to get out fast and you have to stay fast,” she said. “You can’t let up because eight people can pass you at once because there are so many kids.”

“It was a challenging course with the hills,” said Shedden. “It’s nothing like the NTL races but it was really good. It had some nice parts.”

Running in the middle of the field he always had somebody around him.

“Not a while lot of room to work with,” he said. “You have to maneuver your way through it.”

“It was nice, like at NTLs and districts,” said Shedden. “To have someone be with you and not be on an island by yourself.”

Like most of the NTL runners this was his final high school race.

“It was great to experience this one.”