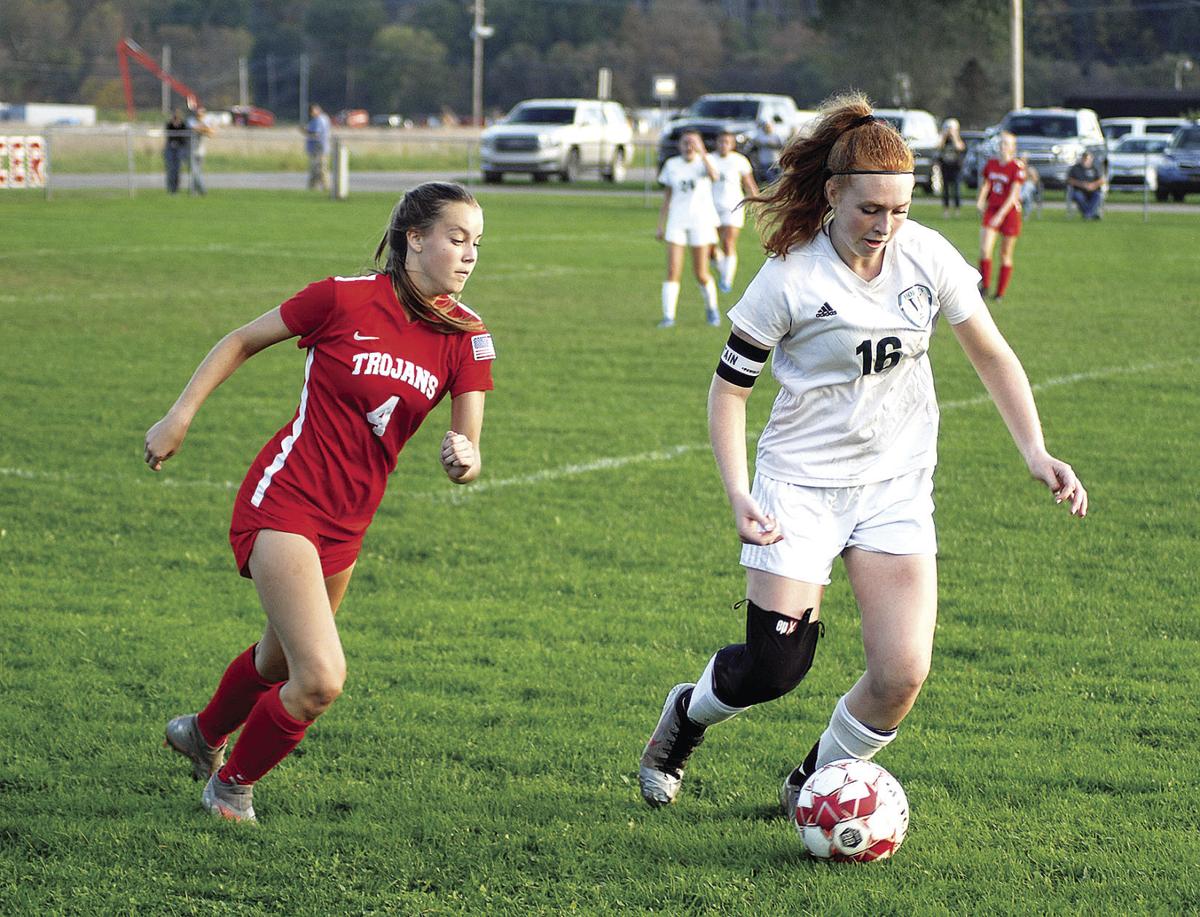 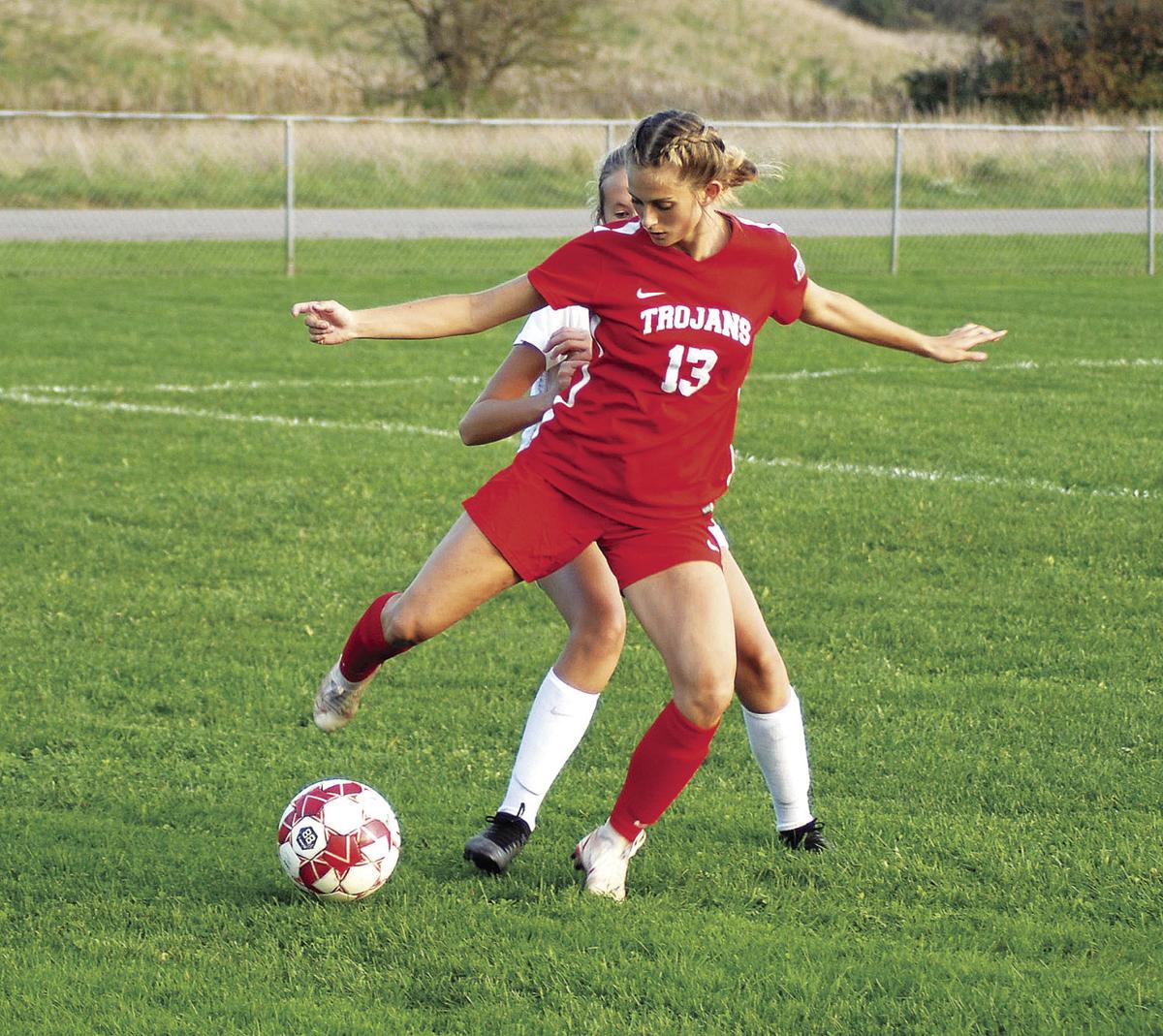 Troy’s Morgan May kicks the ball away from a Wellsboro defender during Wednesday’s NTL contest.

Troy’s Morgan May kicks the ball away from a Wellsboro defender during Wednesday’s NTL contest.

TROY — The Troy girls soccer team made a first-half goal stand up on Wednesday in a 1-0 win over visiting Wellsboro as the Lady Trojans clinched the 2021 Northern Tier League championship.

Wednesday night’s game was the last NTL game to count toward the league title chase, according to Troy coach Wayne Pratt, who said next week’s games were added to the schedule and will be considered non-league contests.

Parker scored at the 25:10 mark of the first half to give the Trojans the lead, which they would never relinquish.

Keeper Madelyn Seeley stopped both shots she saw for the Trojans.

WYALUSING — The host Rams would get a goal from Olivia Haley as they picked up the shutout win on Wednesday.

Layla Botts provided the assist on the game-winning goal for Wyalusing.

The visiting Lady Panthers cruised to the shutout during league action on Wednesday.

Four different NEB players scored in the victory as Kayleigh Thoman, Keirra Thoman, Melanie Shumway and Becca VandeMark all found the back of the net.

Shumway also had an assist and took four corner kicks for the Panthers, who led that category by a 4-0 count.

Maise Neuber, Alena Beebe and Lillie Maynard also had assists for NEB, which led 21-2 in shots on goal.