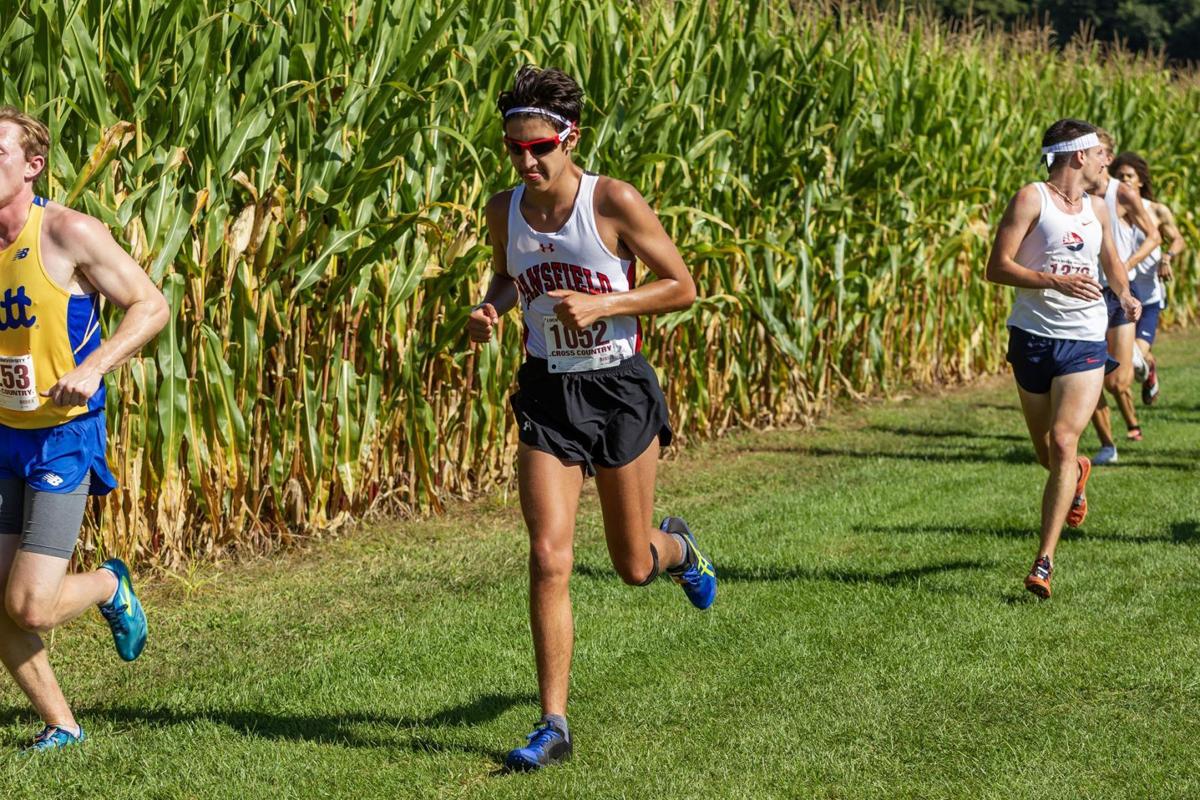 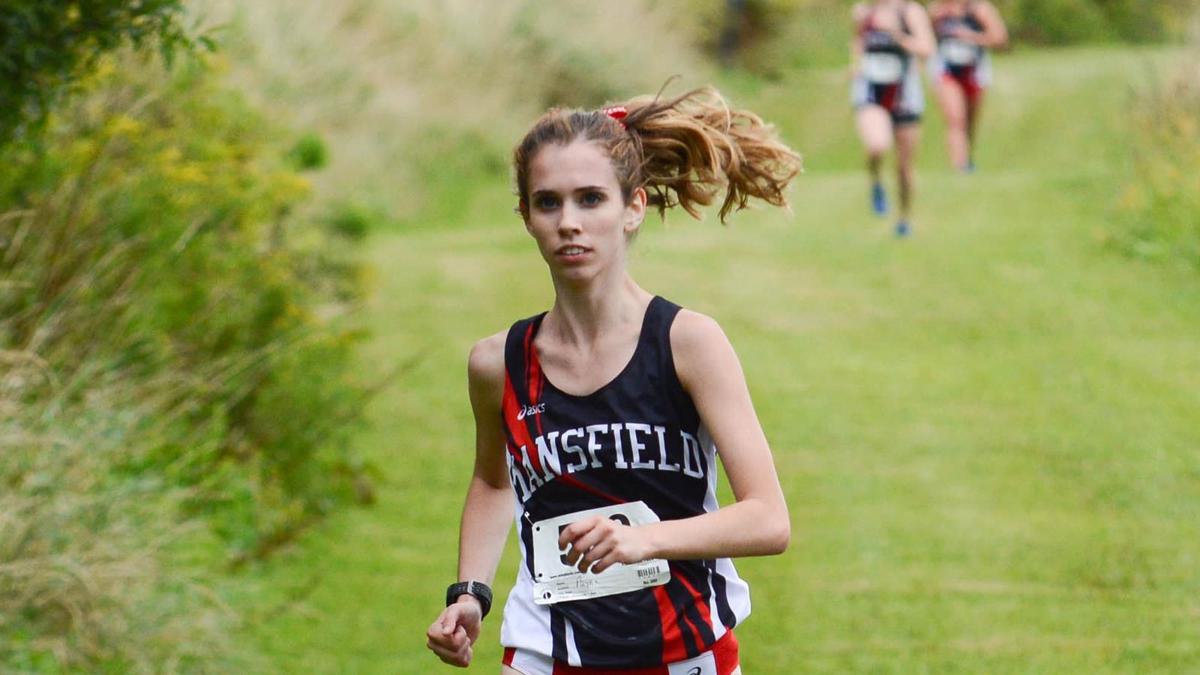 One day the fall season was lost for PSAC athletes.

The next the cross country runners have a PSAC Championship to prepare for.

The PSAC shut down fall and winter sports championships. However, if six or more teams chose to have a season, something would be held this spring.

Enough schools decided that with swimming and cross country being lower risk sports, both would return.

Mansfield is one of the teams that will compete in the cross country championships this spring.

“The team is very happy about the opportunity to compete in a cross country championship,” Mansfield coach Mike Rohl said. “It falls just prior to the main track season and that seems like a great time for us. So, we are looking forward to being there.”

While cross country is going to have a championships, all the other fall and winter sports look like they very well might not have anything this year.

“We are anticipating it not happening,” Mansfield men’s basketball coach John Szentesy said. “We were kind of uncertain throughout the fall. Kind of depended on the day or week on if we were optimistic of having a season or not having a season. The range of emotions changed a lot. Leading up until the vote Tuesday happened we became less optimistic knowing there was an increase in cases, knowing the Ivy League had canceled and a couple other schools had decided to opt out of their conference.

“It didn’t look good or promising. The last week we saw it coming. Still it’s hard, even when you see it coming, when you actually hear it it is still tough. I have two players, Marcus Friend and Justice Smith who didn’t compete last year. Marcus broke his foot and Justice was a partial qualifier, both of those guys were as hungry as anybody based on the fact they haven’t played in two years now. Justice can be very good in this league. He is just getting better every day and he’s just trying to stay mentally focused, which is tough to do when all you want to do is play. At least there is some closure for us right now.”

Throughout the fall the Mansfield cross country programs kept working, running good times, even without meets.

Now, with a PSAC Championship meet, they can use that work to run well at that.

“Like the rest of the world we are adapting,” Rohl said. “We were able to really focus on training and developing our own program, which we did to a high degree of success. The kids were adaptable to what is going on.

“In this situation we have had about half the women’s team did not come back to campus and trained on their own at home. The entire men’s team for various reasons did make it back to campus. Kids that are capable and have the setting and were able to train were very successful and other kids were not able to do as good of a job. The kids that were here and came to campus, we did some trials to test where they are. The other night we did a time trial and of the 10 athletes that ran it, seven ran a personal best all time for the 5000 meters and three ran their second best, and were just seconds from a PR.”

One thing Rohl noticed with runners is that this isn’t just a sport to them. So, even with no season this fall, they kept working.

“One of the things that is unique to cross country and to distance running, it really becomes apparent in this situation, it’s not just a sport they do. It is a lifestyle they live. They get up and run every day and it’s part of what they do in their life. There is no offseason for a distance runner. There really is a difference between a lifestyle sport and a game that gets played. For the cross country runners this (No meets this fall) hasn’t really bothered them at all. They like to run fast and be with their friends.”

The one challenge that the runners did have this fall was trying to prepare for things.

Without knowing if there would be a season, they had to figure out on their own where to peak the training.

“It is really difficult to try to plan,” Rohl said. “One of the things that is unique for the sport, you have these long training periods, you have these programs that are detailed and they come to a culminating point. We as a team talked about what the options are. We could do some time trials and end the season like we were going to a National Championship. Going to do a Colton Point Time Trial like we have done so many years and that becomes our focal point. Once you determine a focal point it becomes easier to coach. Once we established a focal point, things got easy and the kids were able to focus on that.”

One of the tough things for runners is that they have lost a ton.

However, they now do get to run in a championships for cross country before track starts.

“No group of athletes has lost more objectively than distance runners,” Rohl said. “They lost their spring season, then the distance runners lost the entire cross country season, they lose the indoor season. No other sport has lost as much as that particular group. For me, what I have tried to do with the kids, whatever happens we are going to turn this into a positive.

Even before the PSAC called off winter sports, Rohl knew it was unlikely for track and field. Because with things like the Ivy League calling off winter sports, which took away Cornell as an option for hosting meets, there just weren’t venues for teams to run at available.

One challenge this year has been kids not all being on campus.

While a lot of the kids use technology and train just like they were at school. Others may not have the time, and resources to work out the same way.

This pandemic has put so much stress on so many people in different ways,” Rohl said. “What I have said to everybody on the team, if you can train and control the things you can control, do it. For those who can’t, my job is to support them in the way we can and remind them this is not the end of the world. Some kids have done a great job of training and remaining great and some kids have not and it’s not because they are weak or bad kids. Just some people handle the situation differently. The hope is athletes do the best they can. That’s all part of the culture of running, using Strava and communicating back and forth. One of the athletes that has done a phenomenal job at home is Carly Daniels. She’s a sophomore, we are in day to day contact with her, she is very engaged and doing a great job and that’s helpful. Some of the kids struggle with it and that’s okay. It’s obviously nice to be able to see their running and be able to make comments almost in real time, because they are uploading in the middle of their workouts.

“It’s super exciting when kids do that (train hard at home). At the same time we have to be very compassionate and understanding to the kids that can’t. That is ultimately so important. Even the kids who haven’t really been able to train, they still talk to us. They still want that support, they want somebody in their life. I am not trying to overblow my role, but at least they know they can call me and talk about running and that’s the one thing they are sure of. Everything else in their life can be a mess, but they can call me and talk to me and not be lectured and yelled at. Everybody through this Covid situation can use a coach who talks about controlling the controllable.”

One of the biggest challenges for coaches has been trying to recruit in a time when you often can’t see the kids compete.

“You have no idea,” Rohl said. “It is probably, in terms of recruiting, the most difficult thing I have to do. I have no valid information to base what a scholarship is. I have to look at what they were as sophomores, which in cross country is really hard to use when assessing a kid. What it falls back to is you assess character. Are they motivated. Are they doing well in the pandemic.

“We have had some good visits. Some very good kids running on a regular basis and putting up numbers I can evaluate them on. Others are not getting the opportunity. We are trying to be as open as we can to having a spot on the team if they are not a scholarship kid. What’s the worst that can happen? Someone has to recruit the kid and give them a scholarship somewhere along the way. You have to make your best judgements, but it has been tough. I can’t say who has committed, but I have a local boy that is committed to coming here and I have watched him run for four years. He was excited to be able to know he has a place to run. Basically it’s a local boy whose dream is to run for Mansfield, so you have those situations to.”

Right now, despite all that’s been lost, it appears Mansfield will run a cross country championship in the spring, and then have outdoor track and field.

For Rohl, the main thing is just staying positive through anything.

“I am hopeful we will have an outdoor season, there is a lot that has to happen between now and then,” Rohl said. “Your real choice is this. You have two choices here. You have hope and you have despair, the only thing that moderates any of those is being as objective as possible.”