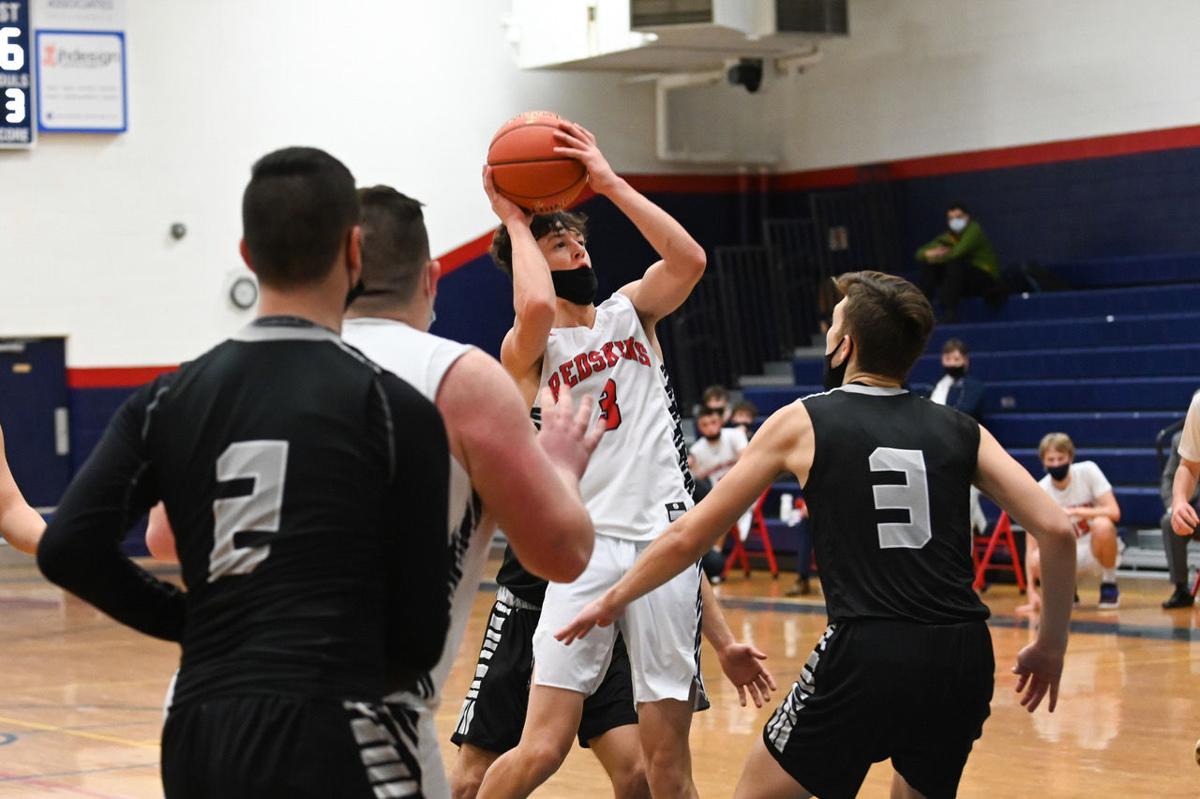 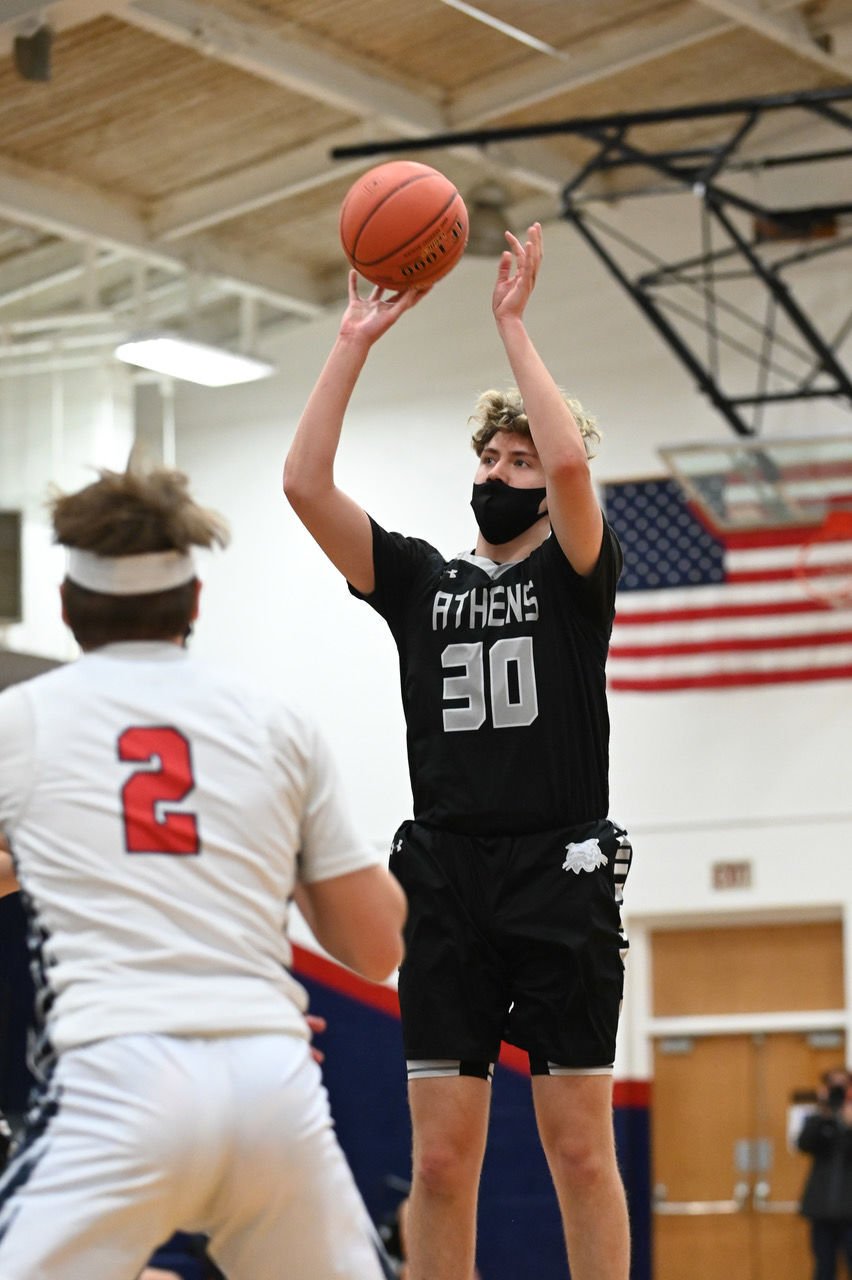 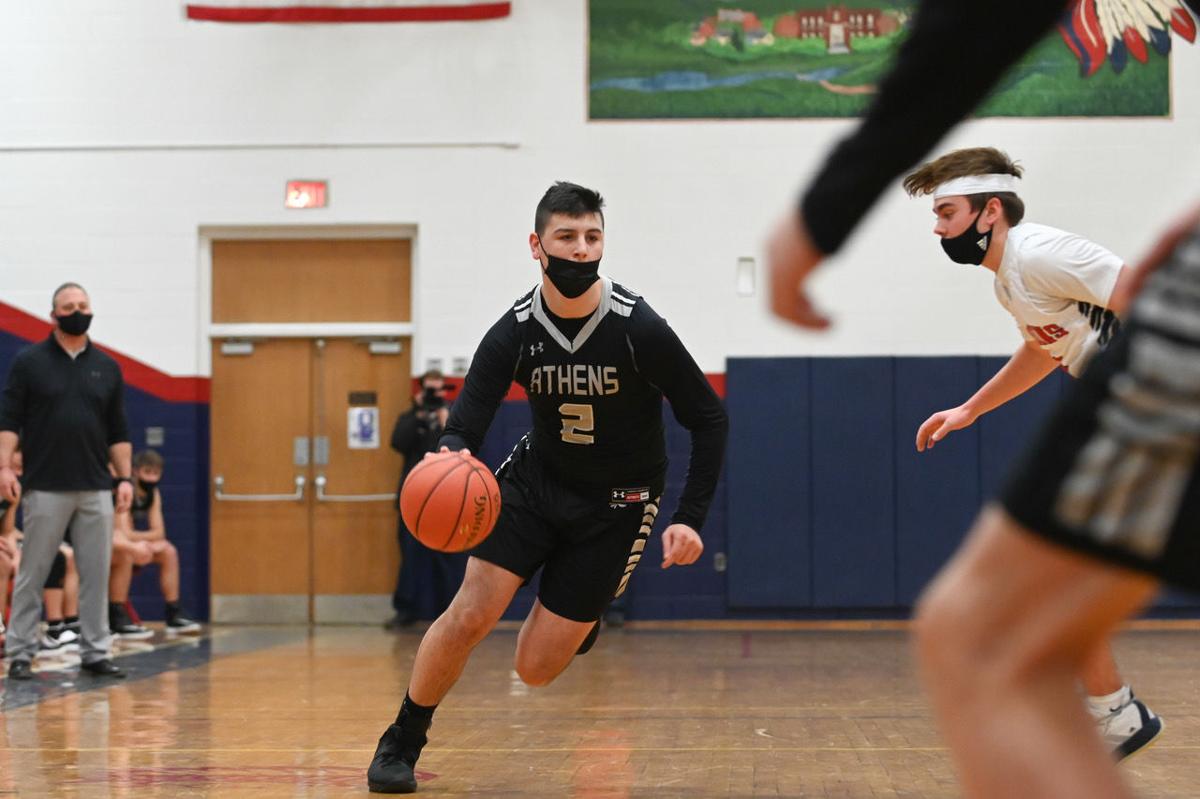 After missing the start of the season Dan Williams returned for the NEB Panthers on Monday and helped them get their first win of the year.

Williams came up with a steal and assist off a missed free throw to put the Panthers up by four with four seconds left as they edged Towanda 53-52 on Monday for their first victory.

“Hard fought win,” NEB coach Paul Burgert said. “Towanda is well coached and played hard. We hung in as a team and got the win. Hopefully we can build on this as we move forward.”

Nick Beers had a monster game for the Panthers with 19 points and 21 rebounds, 10 of them offensive, in the victory. He also had three assists and three steals.

Lucas Crown had 15 points and seven rebounds for the Panthers with three assists.

Dan Seeley had 10 points and six boards in the game and Sam Abell had six points and three rebounds, with three assists.

Ethan Finch had two points and Joe Stanton had a point in the game.

Nate Parker continued his dominant start to the season with 25 points, including six threes, for the Black Knights.

Logan Lambert and Justin Schoonover each had seven points for the Black Knights and Kolby Hoffman had five points.

Trent Kitchcart had four points and Dante Ottavini and Teagan Irish both had two points.

Towanda won the JV game 57-29. Elias Shrawder had 15 for Towanda and Cayden McPherson had 11 for NEB.

The Rams got 29 points from Isaiah Way as they moved to 2-0 on the year as the Tigers opened their season.

Way didn’t play basketball last year, and returned to the team this season. On Monday he was scoreless in the opening quarter before exploding for 13 second-quarter points.

Abram Bennett and Mitchell Burke each had five points for the Rams and Lucas Milne had four points, while Blake Morningstar had two points in the game.

Burke had eight boards, four assists and two steals and Milne and Kashawn Cameron each had two assists in the game.

Freshman Karson Dominick put up 20 points in his varsity debut and Alex Stein had 17 points in the game.

Curtis Craig had 10 points for the Tigers and Brody Burleigh had nine, while Sam Lawrence finished with three points.

Wyalusing won the JV game 45-35. Trehnon Hugo had 27 points to lead the Rams in the win.

The Trojans got 24 points from Ty Barrett as they stayed unbeaten.

Mason Imbt had 16 points in the game and Nick Williams finished with 14 points.

Ethan VanNoy had five points for Troy and Jake Deitrick, Devin Sellock and Zeb Oldroyd had two points each, while Owen Williams added one point.

Peyton McClure led three players in double figures with 21 points as the Hornets handed Canton its first loss of the year.

Darryn Callahan had 19 points for Wellsboro and Liam Manning finished with 14 points.

Connor Adams had nine points and Isaac Keane had six points, while Drew Manning had three points in the game.

Isaiah Niemczyk had 20 points for Canton and Caiden Williams had 18 points in the game.

Tyler Jannone had 12 points for the Warriors and cooper Kitchen finished with seven points.

Cameron Bellows had three points and Brendon Matthews and Weston Bellows each had two points.

The Wildcats outscored Sayre 20-12 in the final quarter to get the win.

J.J. Babcock led Athens with 18 points, while Nalen Carling finisehd with 10 in the win.

Tucker Brown and Troy Pritchard each had eight points for Athens and Shayne Reid and Mason Lister had four points each, while Griffen Stein had two points.

Carling had nine rebounds and Reid had five, while Lister and Babcock each had four boards. Pritchard had three boards, while Stein had two rebounds.

Babcock had six assists and four steals, while Lister had five assists and Pritchard had three assists.

Dom Fabbri had 12 points and Connor Young had 10 for Sayre.

Luke Horton had three points in the game and Zach Moore finished with two points.