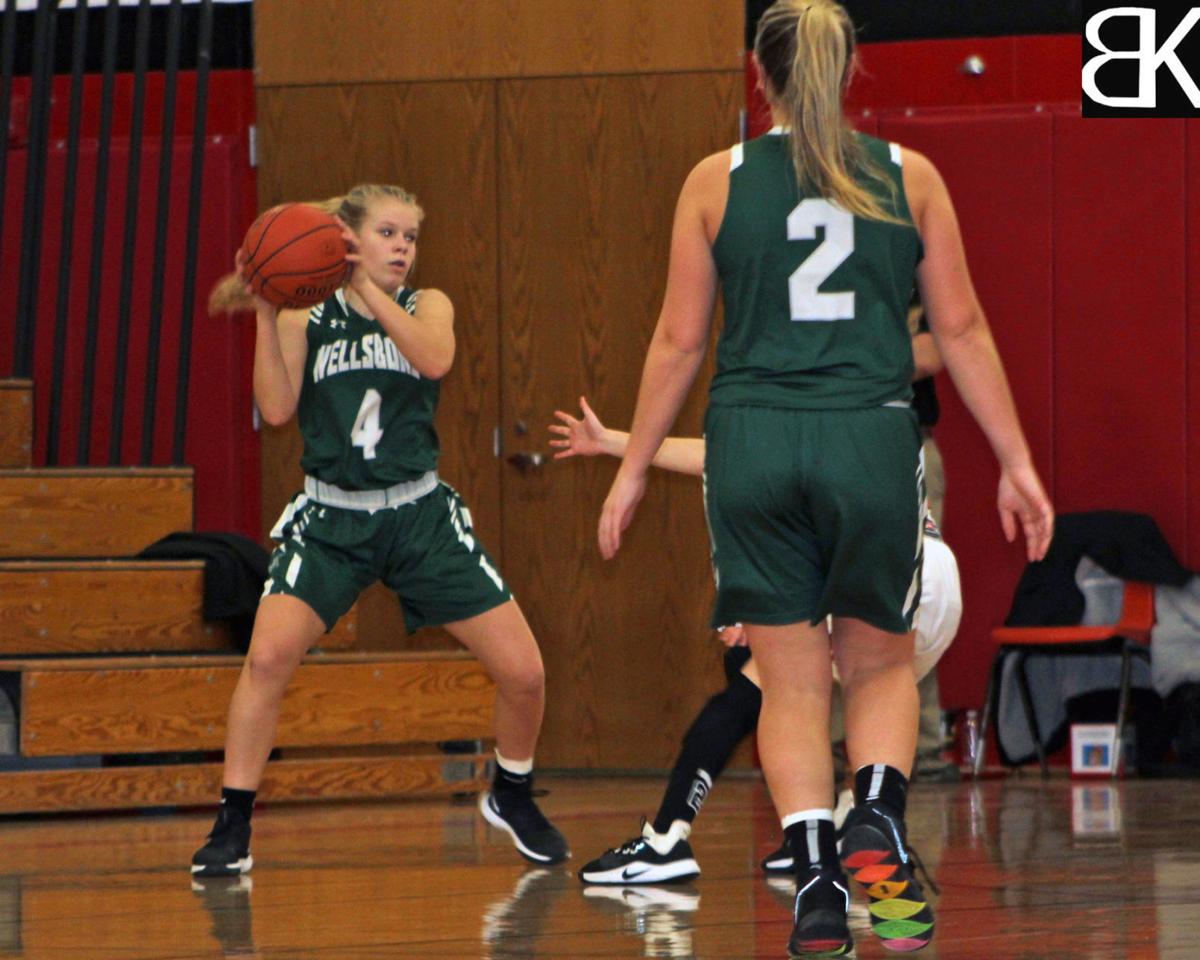 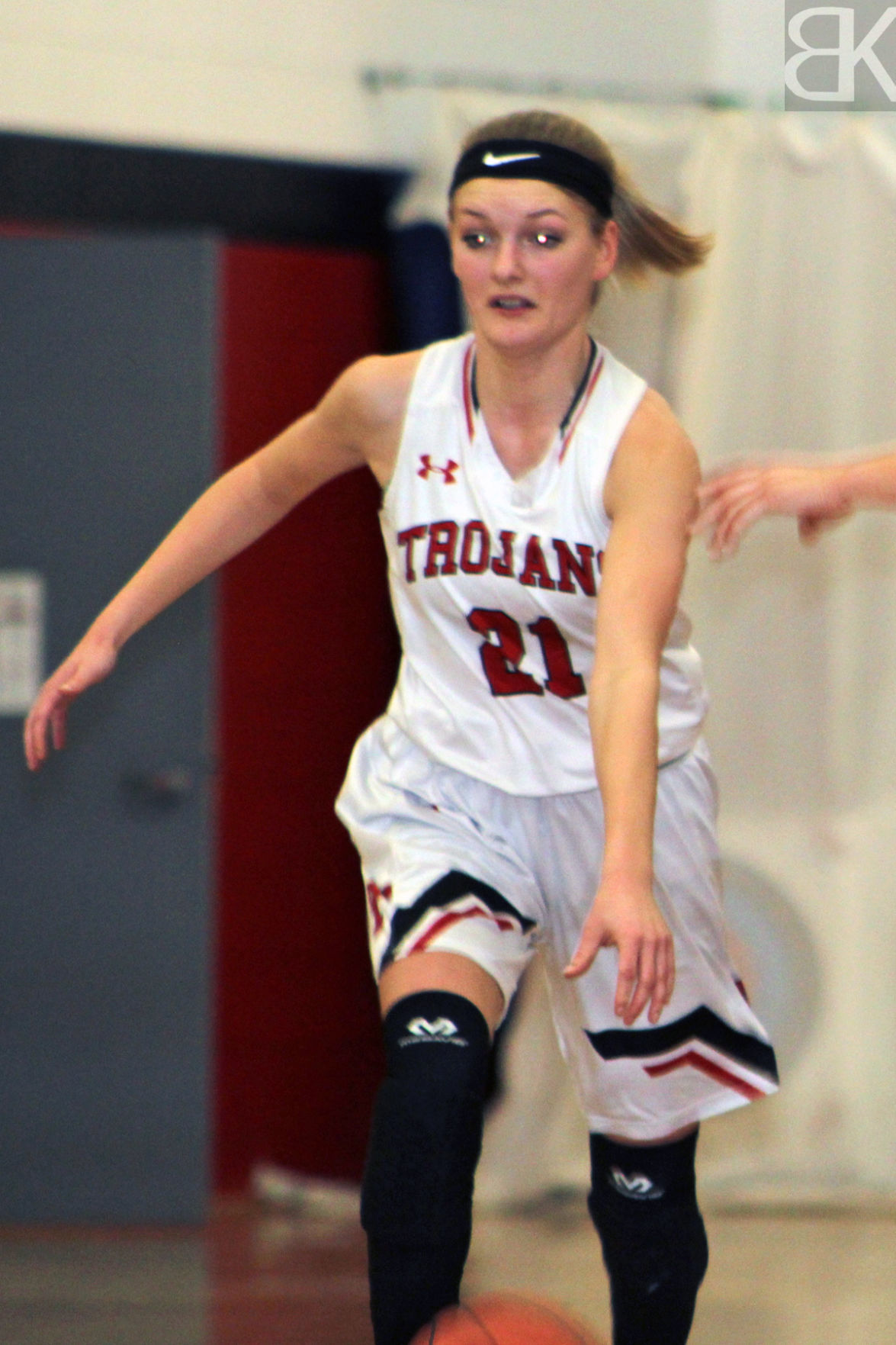 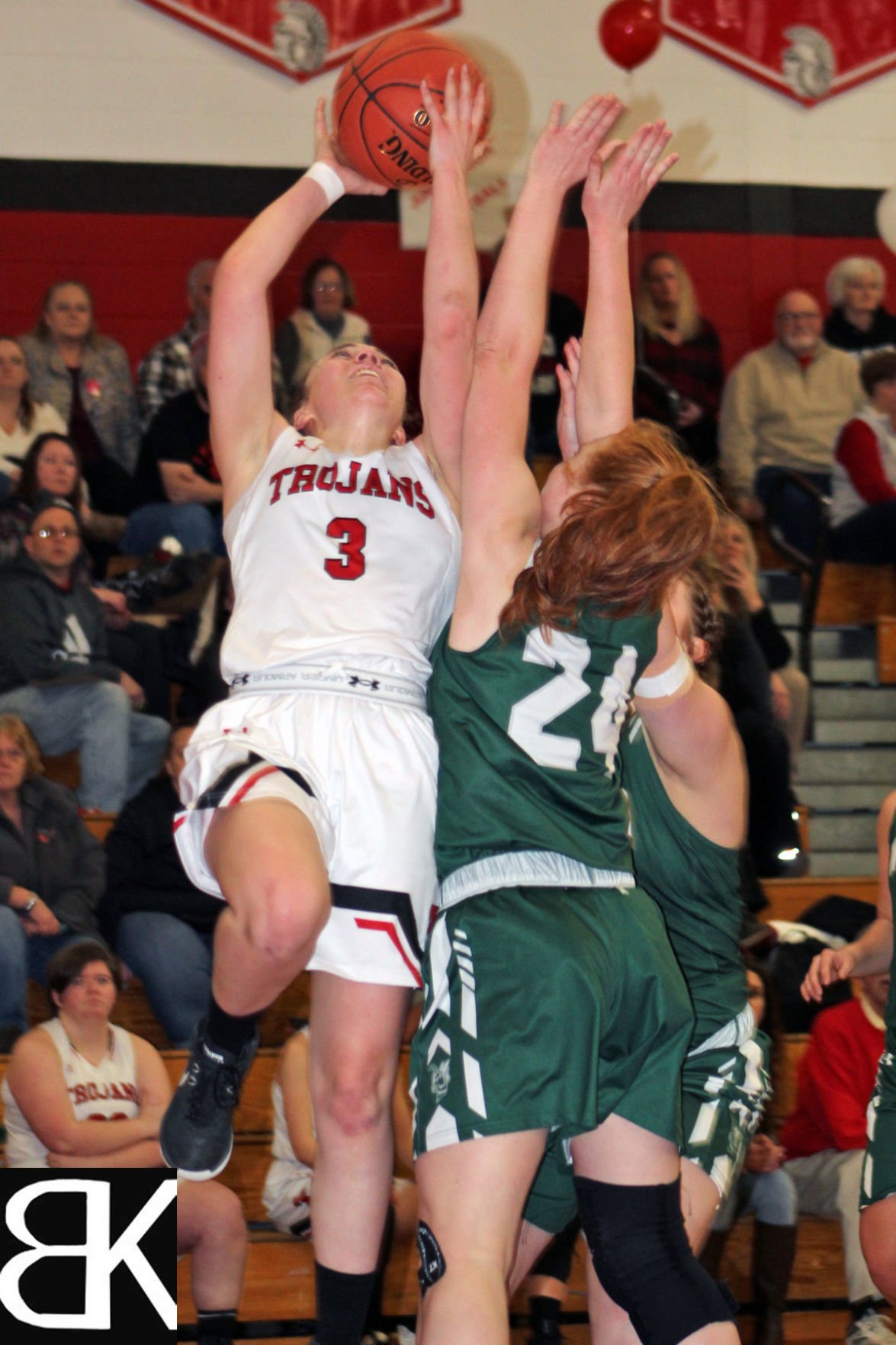 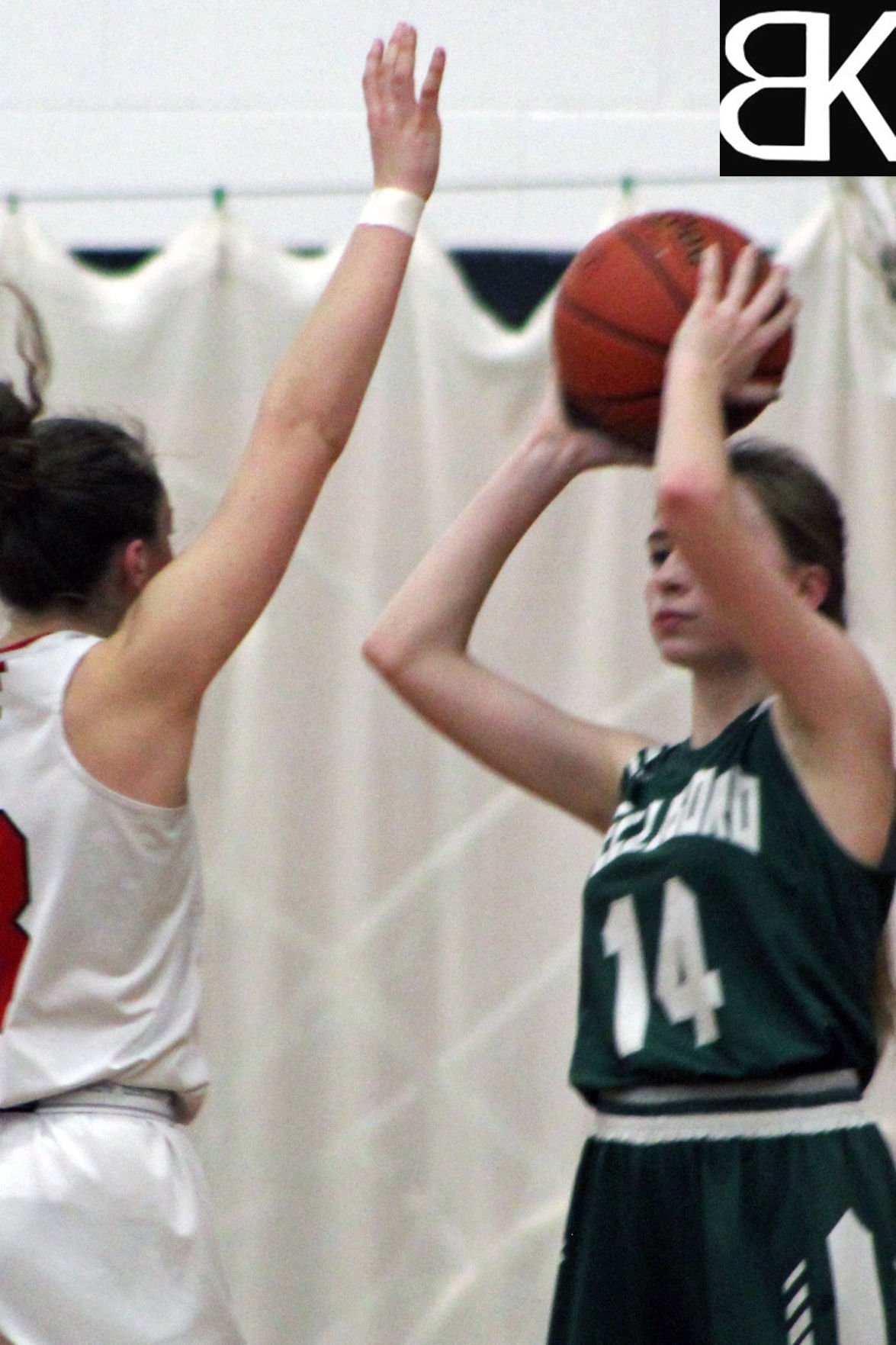 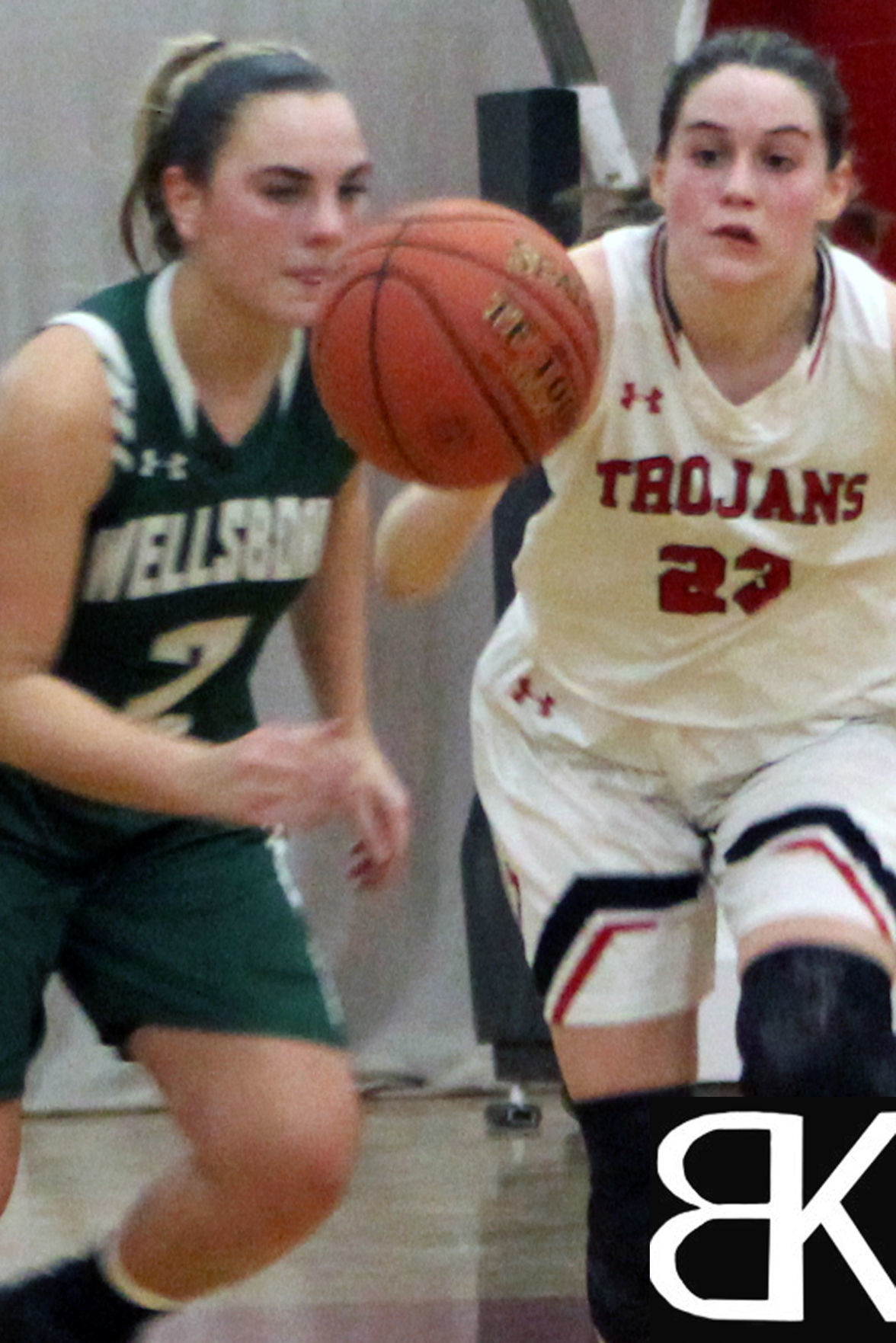 The Panthers came out of the halftime strong with 18 third quarter points to retake the lead 36-32.

In the fourth NEB hit 11 free throws, with Lauryn Jones going 5-for-6 herself, to secure the win.

Jones finished with 14 points, eight of them in the fourth, while Vicky Rought and Lindsay Moore had 12 points a piece.

Kayleigh Thoman and Maisie Neuber had four points each while Alena Beebe and Jorja Welch adding three points each.

Elle Binford scored 13 of her 26 points in the fourth quarter to rally the Warriors to the NTL girls’ basketball win Wednesday.

It was just 5-2 after the first quarter in favor of Canton when Sayre netted 18 in the second, thanks to 12 points from Emily Sutryk, to take a 20-12 halftime lead.

They kept that advantage after three, 27-20, before Canton unloaded in the fourth with 20 points.

Sutryk finished with 21 points to lead the Lady ‘Skins as Maddi LaManna had six points and four boards. Haylie VanDyke netted five to go with four rebounds, Gabbi Randall scored two plus added 12 boards and six assists and Jazz DeKay and Gabby Shaw both had one point a piece.

Hannah Chandler had 13 points to lead the Knights to the NTL girls’ basketball win Wednesday.

The victory, coupled with Athens’ loss to Wyalusing, moves Towanda into a tie in the NTL Division-I standings.

The Knights own the tie-breaker thanks to having just one division loss to Athens’ two.

A win in their final game against Wyalusing Friday will clinch them a league title.

It was tied 6-6 after the first quarter but Wellsboro out scored Troy 51-21 the rest of the way.

Troy travels to Athens on Friday.

Eva Rice had three points to lead NPL with Kiersten Mitstifer and Bridgette Russell had two points each.