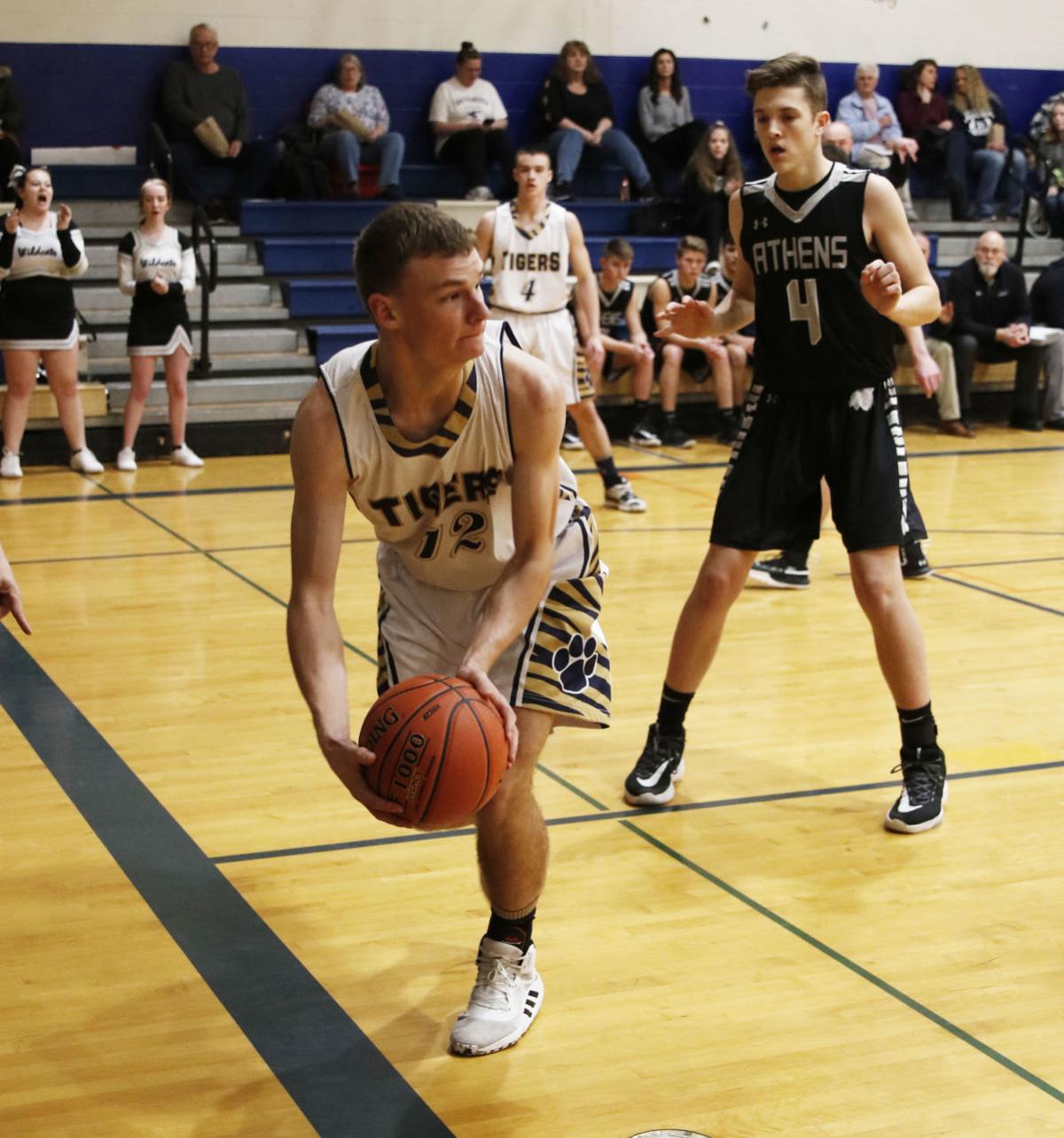 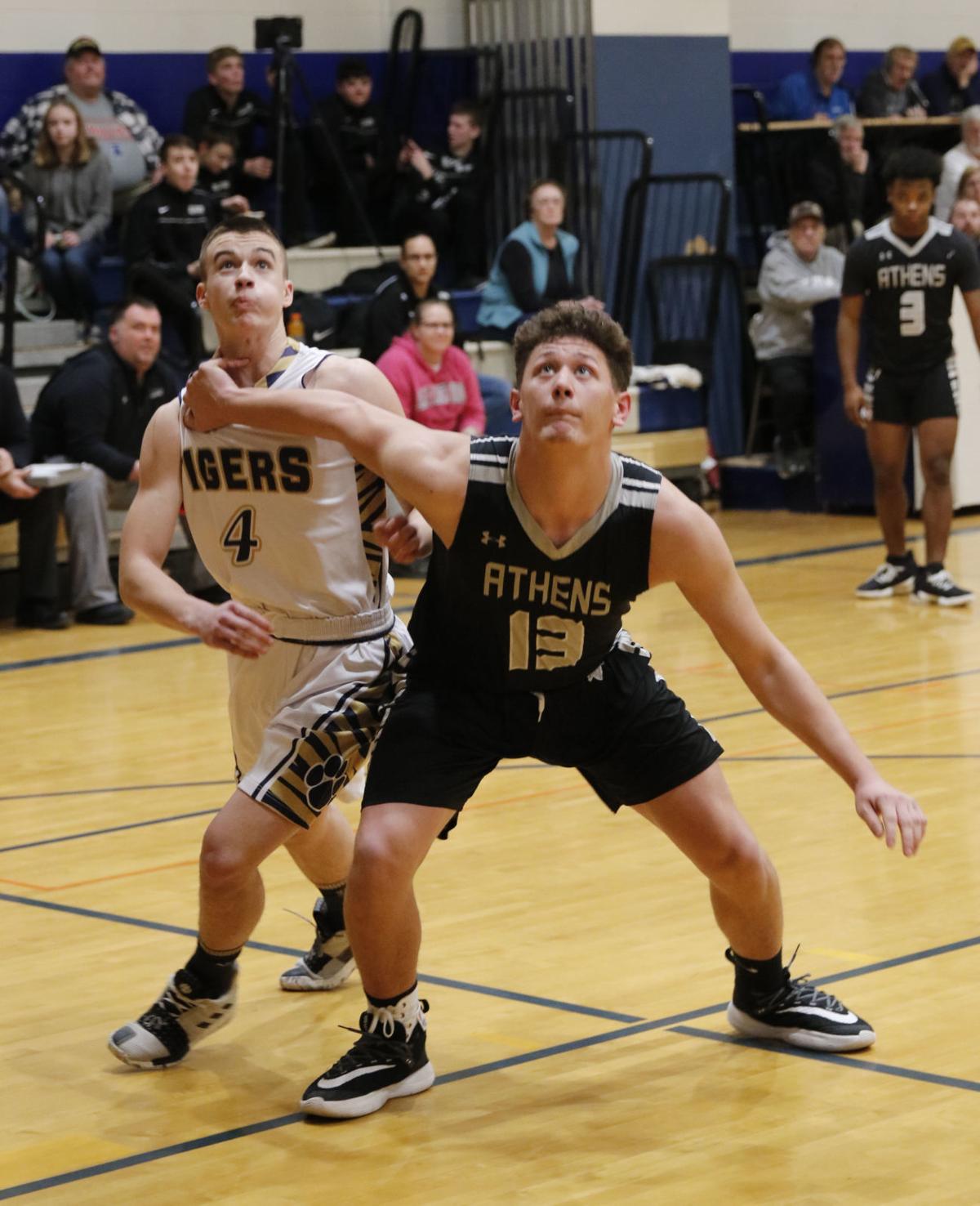 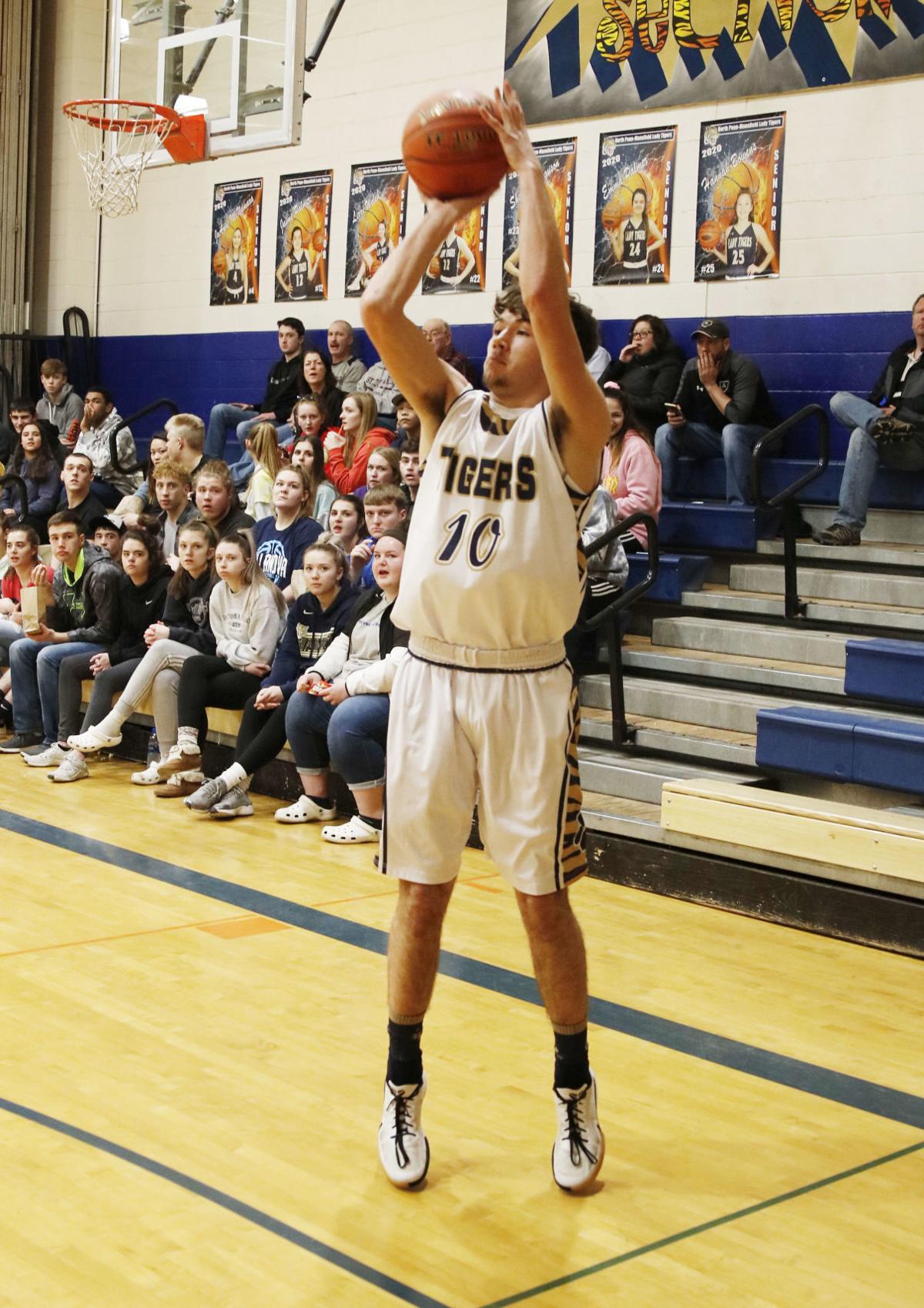 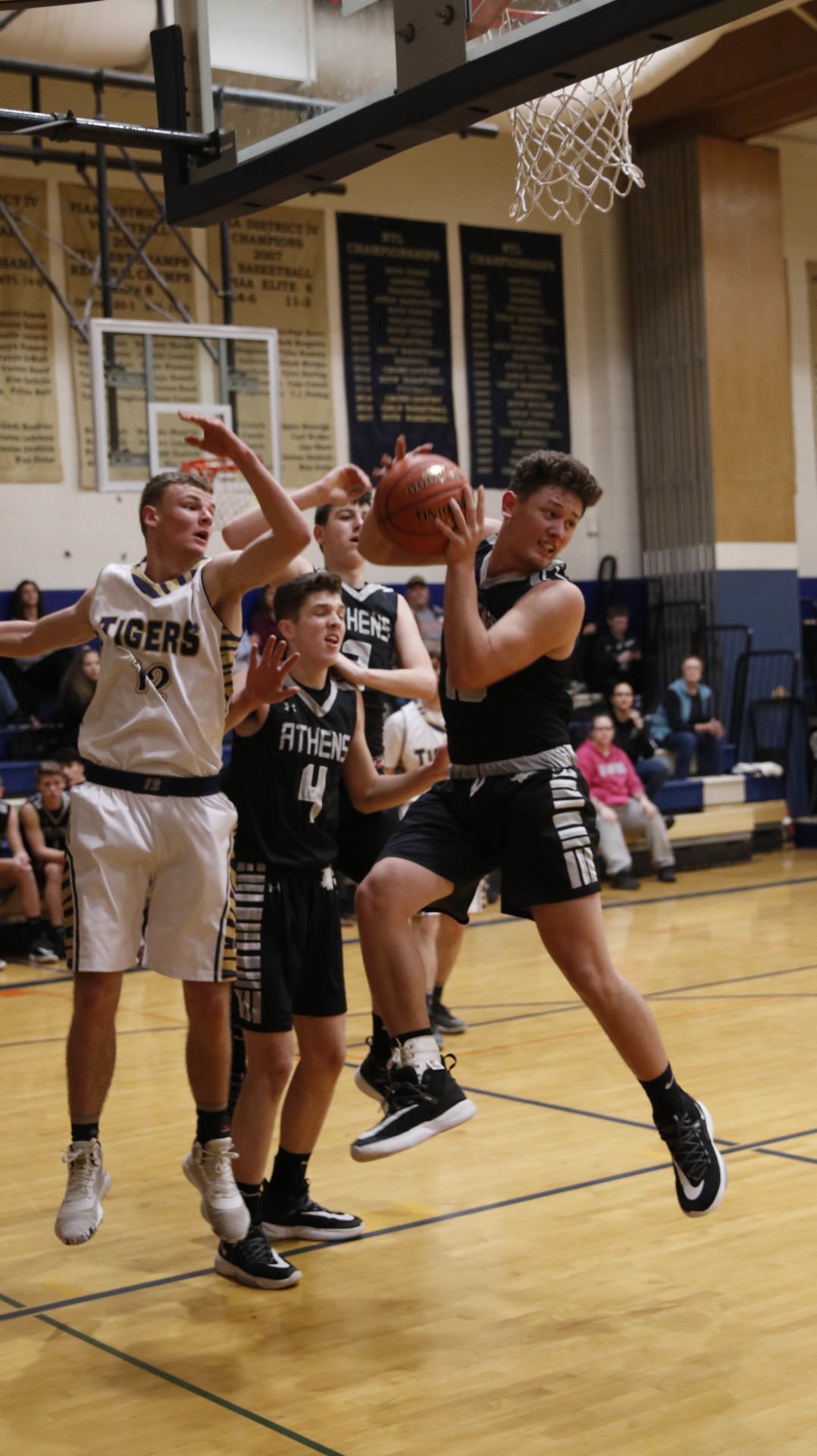 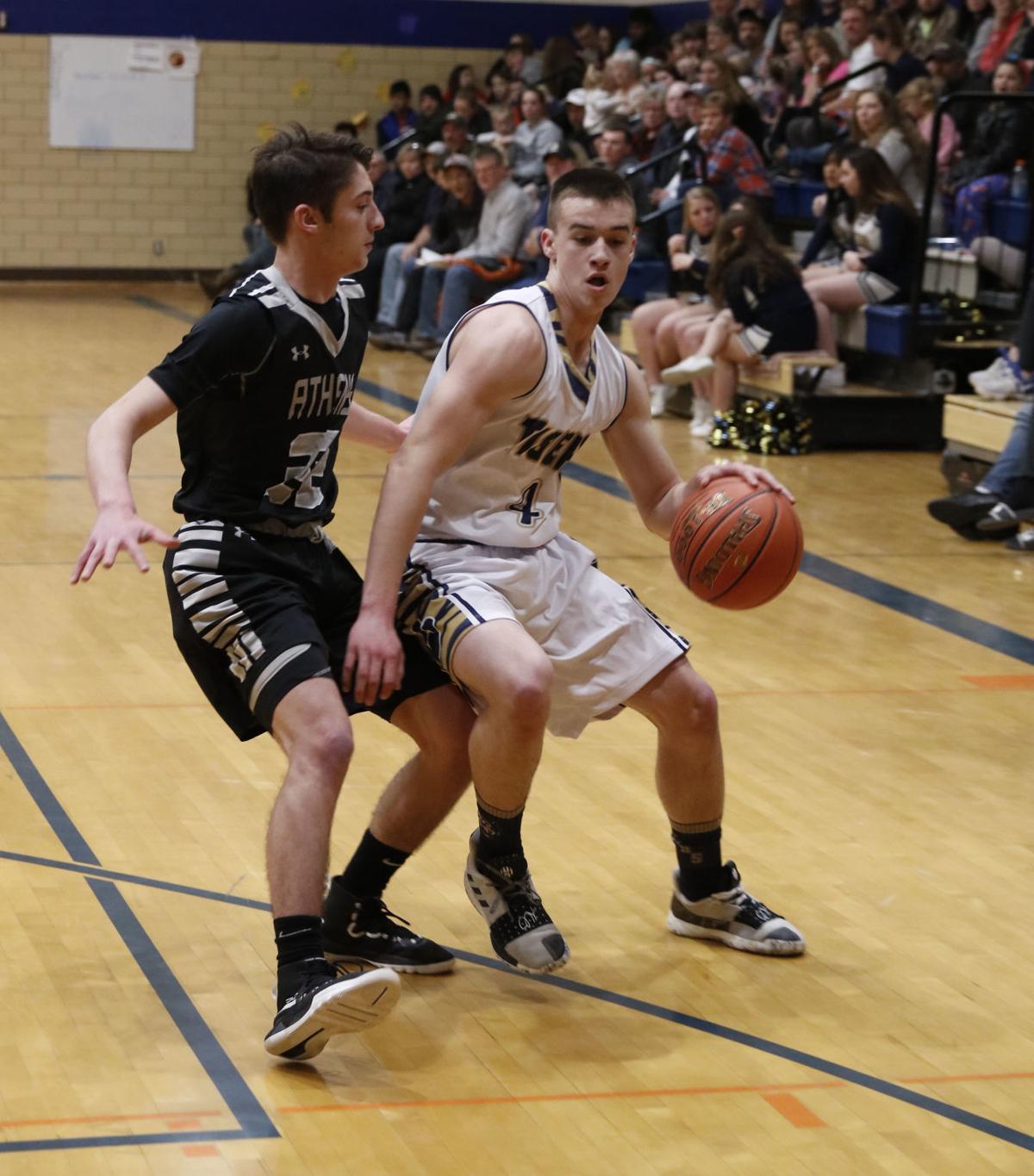 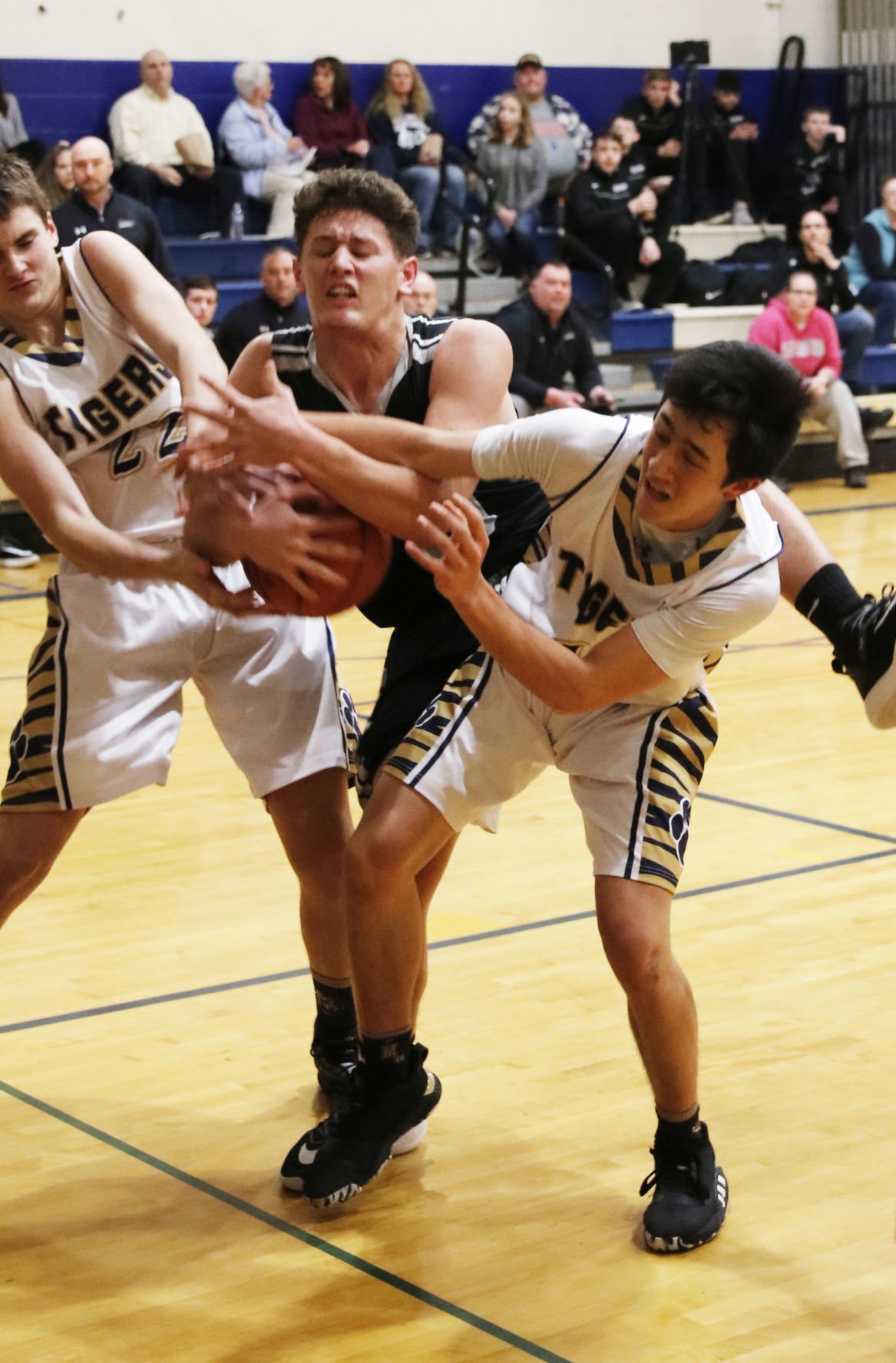 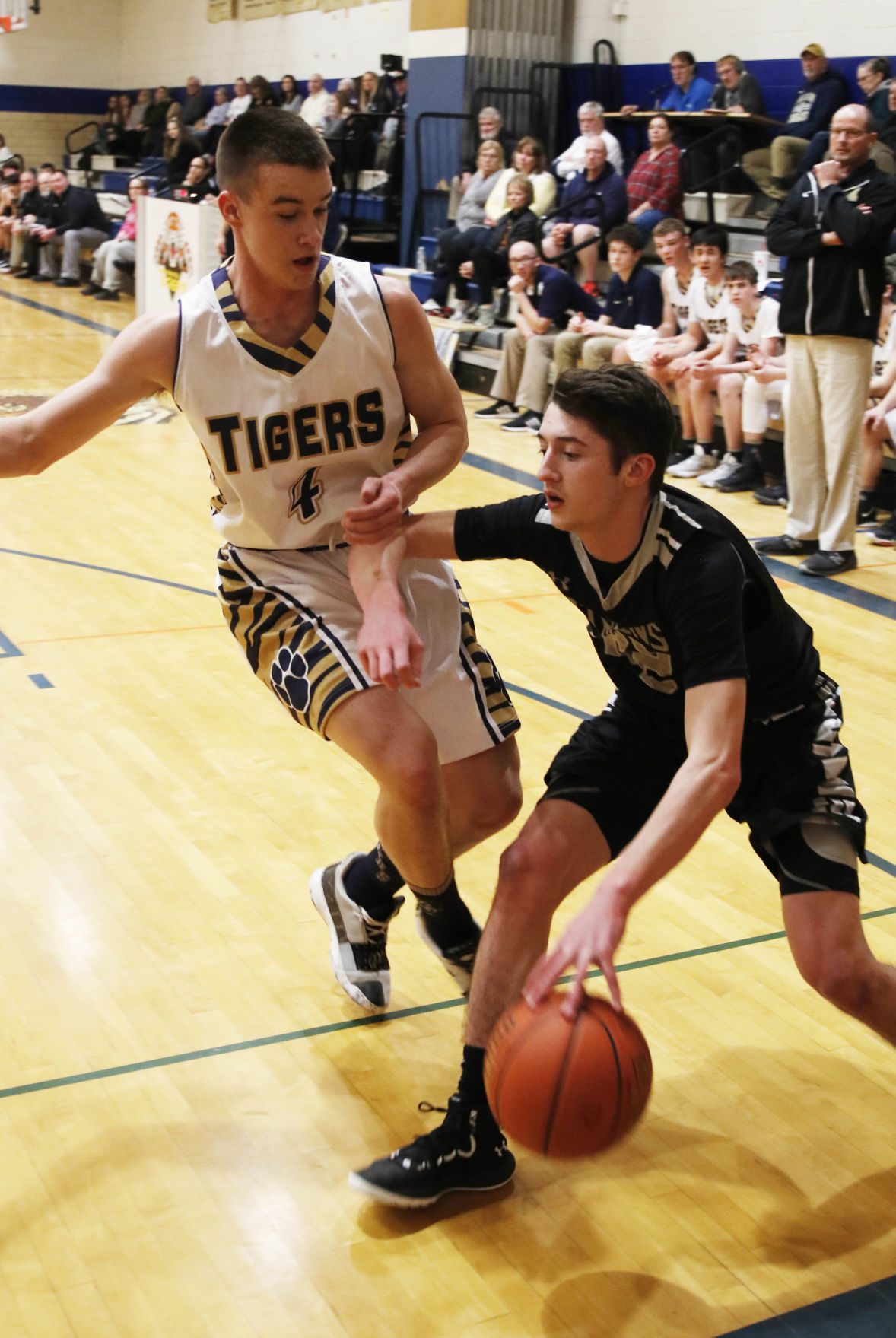 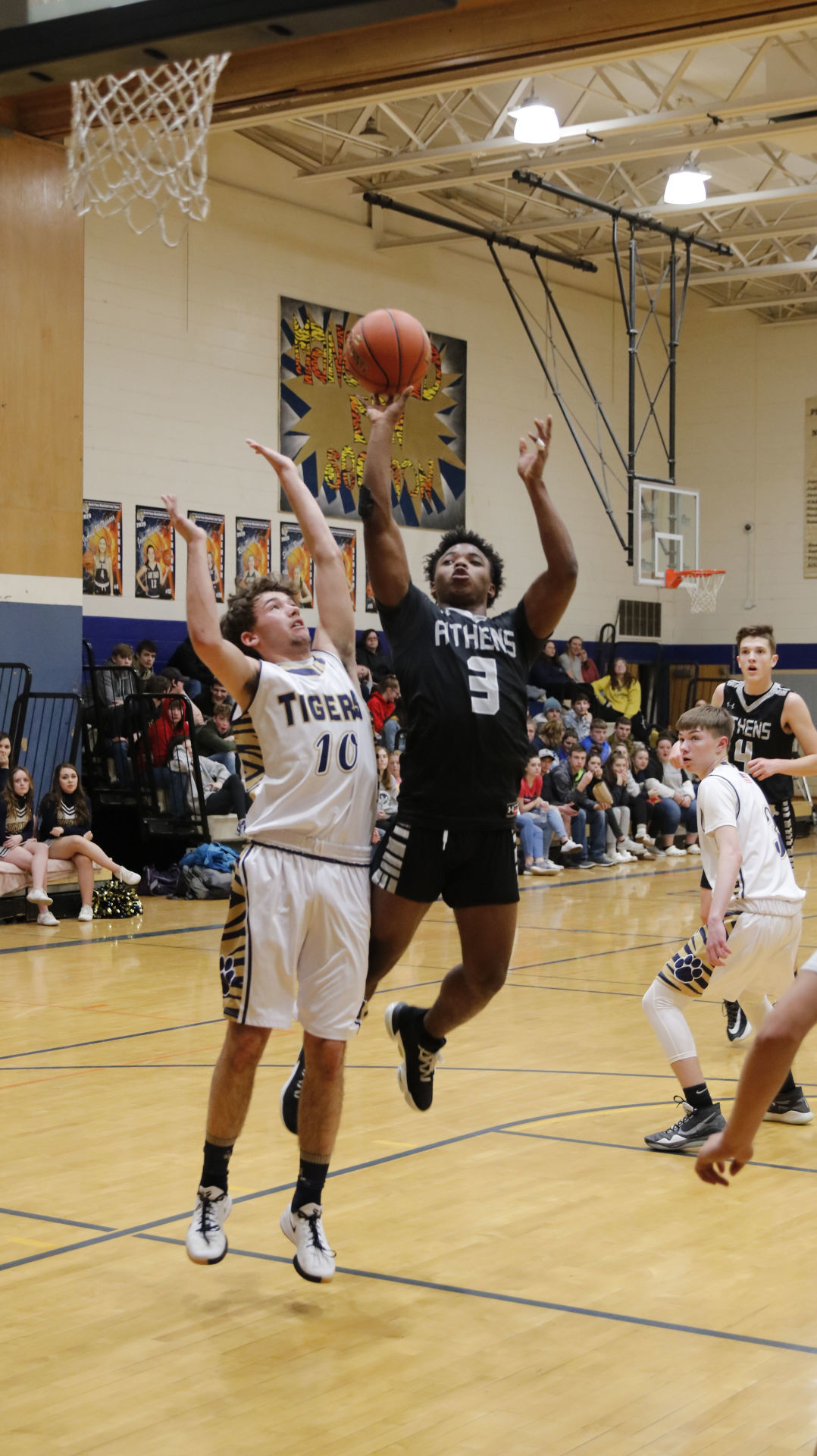 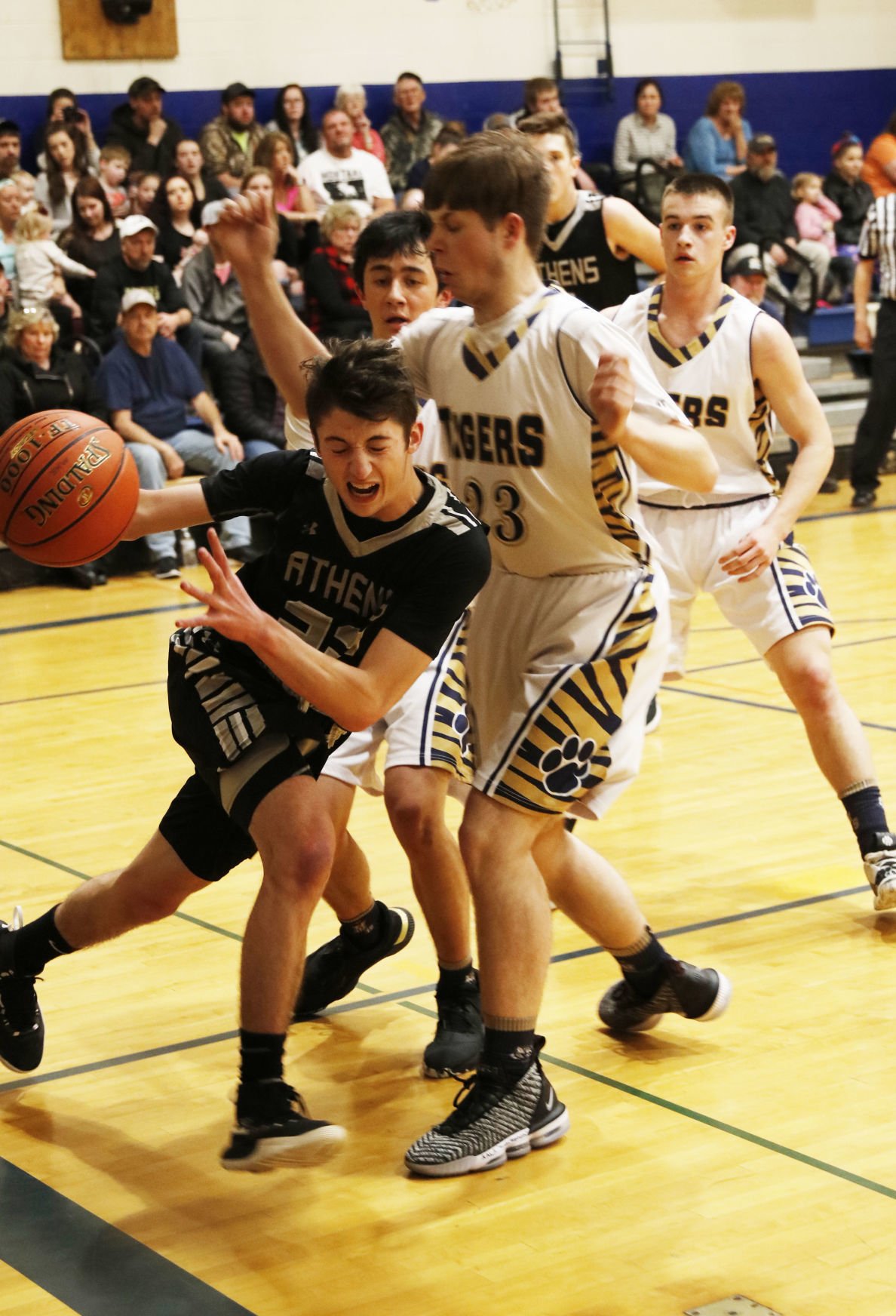 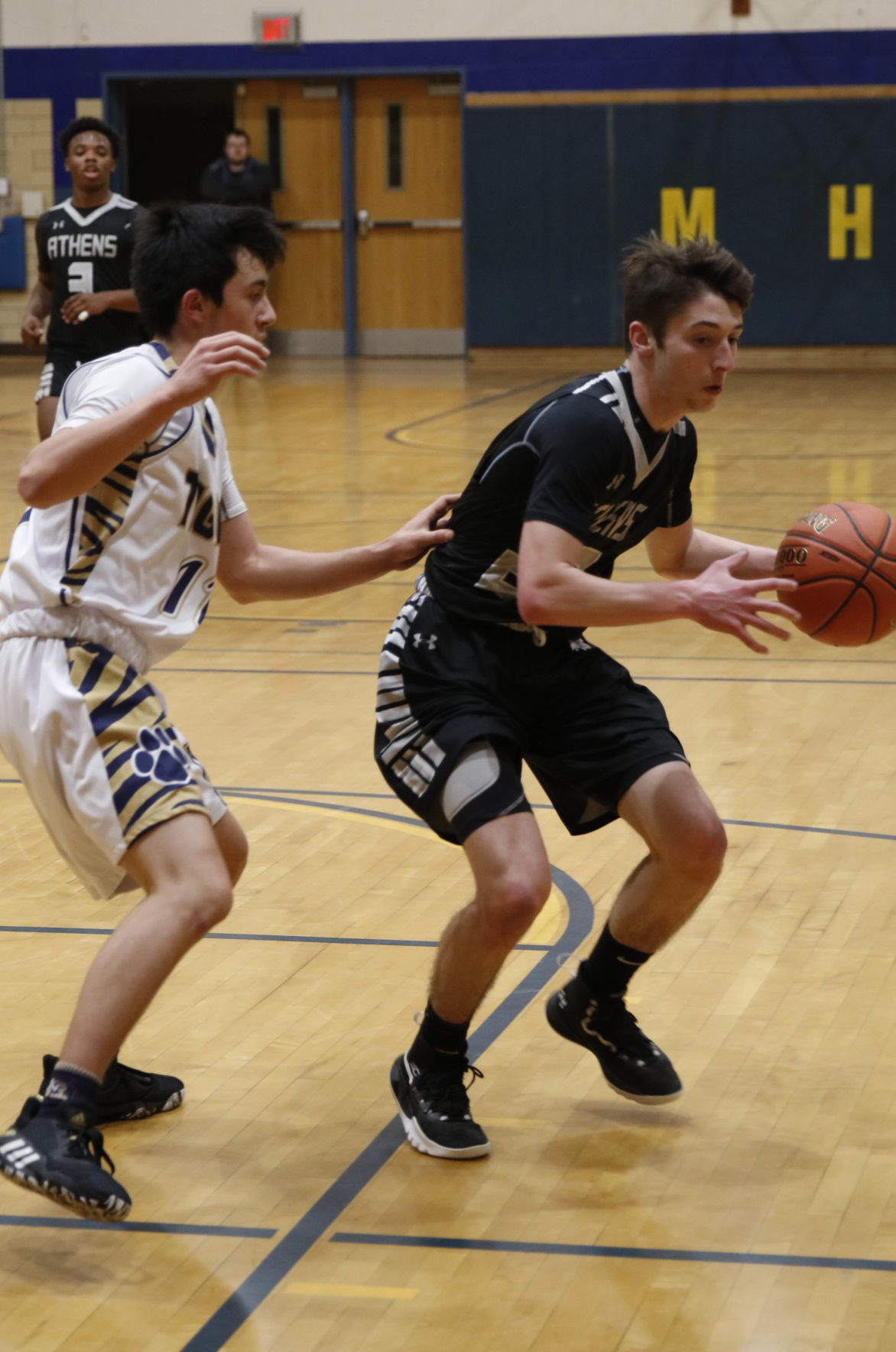 MANSFIELD - It’s a rare year where North Penn-Mansfield isn’t in the hunt down the stretch for an NTL title. They sure found out how to make an impact in the race. The Tigers pulled a huge upset against then-first place Athens Tuesday night in Tiger Gymnasium, 67-51, putting Athens a game back of Troy. Troy hosts the Tigers Thursday, while Athens plays Towanda.

“When we play like that, we can play with anybody,” NPM head coach Kipper Burleigh said.

He’s not kidding. After an up and down first 12 minutes for the tigers, where they found themselves trailing by a dozen, they played sensational basketball. Four quick points to end the first half narrowed the Athens lead to 31-25. When the second half started, NPM scored the first four points and all of a sudden it was a one possession game.

“At halftime I told the guys that we were in a good spot,” Burleigh said. “I felt like we had done the right things in the first half and just hadn’t made any shots and they had.”

The remainder of the third quarter was low-scoring, as NPM played great defense. Alex Stein made 1,000 point scorer Aaron Lane earn his 10 points for the evening.

“Alex has quick feet and works really hard on that end,” said Burleigh. “To limit a kid like Lane was huge for us.”

“Lane is a tough kid to play. He can do a lot of different things so I wanted to make sure I moved my feet and stay in front.” Stein said. “I knew that shutting him down would be huge for our team and that’s why I did it.”

The fourth quarter was fast and furious, with the Tigers scoring 27 points. Mansfield took the lead for good with 6:45 left as Jacob Evans, one of the top shooters in the NTL, drained a three to put the Tigers up two. Repeatedly, NPM played unselfish basketball and made the extra pass with Curtis Craig (career high 23 points) the beneficiary. Craig faced a tough matchup against Athens star forward JJ Babcock, but he was the decisive winner on both ends of the floor. “Offensively, Coach told me I was settling for too many jumpers in the first half and to take the ball to the basket in the second half,” Craig said. “In the second half, I started taking it to Babcock and then also my teammates started finding me too. When we are being so unselfish we can be so good.”

NPM just kept widening the lead. Two quickly turned into four which quickly turned into eight. Jacob Evans drove baseline and scored and drew the foul, giving the Tigers a 10 point lead with 5:45 remaining and sending the home crowd into a frenzy. Down the stretch, it was the great passing of North Penn Mansfield guard Logan Tokarz that set the tone. Tokarz had three assists in the last four minutes, all for layups to Craig, and Mansfield widened their lead, eventually winning 67-51 and introducing another twist in topsy turvy NTL race.

After Craig Evans netted 14 points for NPM while Dominick Garverick scored 12. Sam Lawrence and Tokarz had six points a piece, Stein came away with five points and Brody Burleigh notched one.

Babcock had 14 points to lead Athens as Damian Hudson scored 12. After Lane’s 10 was Tucker Brown’s seven points, Troy Pritchard had five, Shayne Reid notched tow and Brady Smith came away with one point.

For Mansfield, it is the 12th straight and 16th out of 17th season they have qualified for District playoffs, good for the third longest streak in District IV.