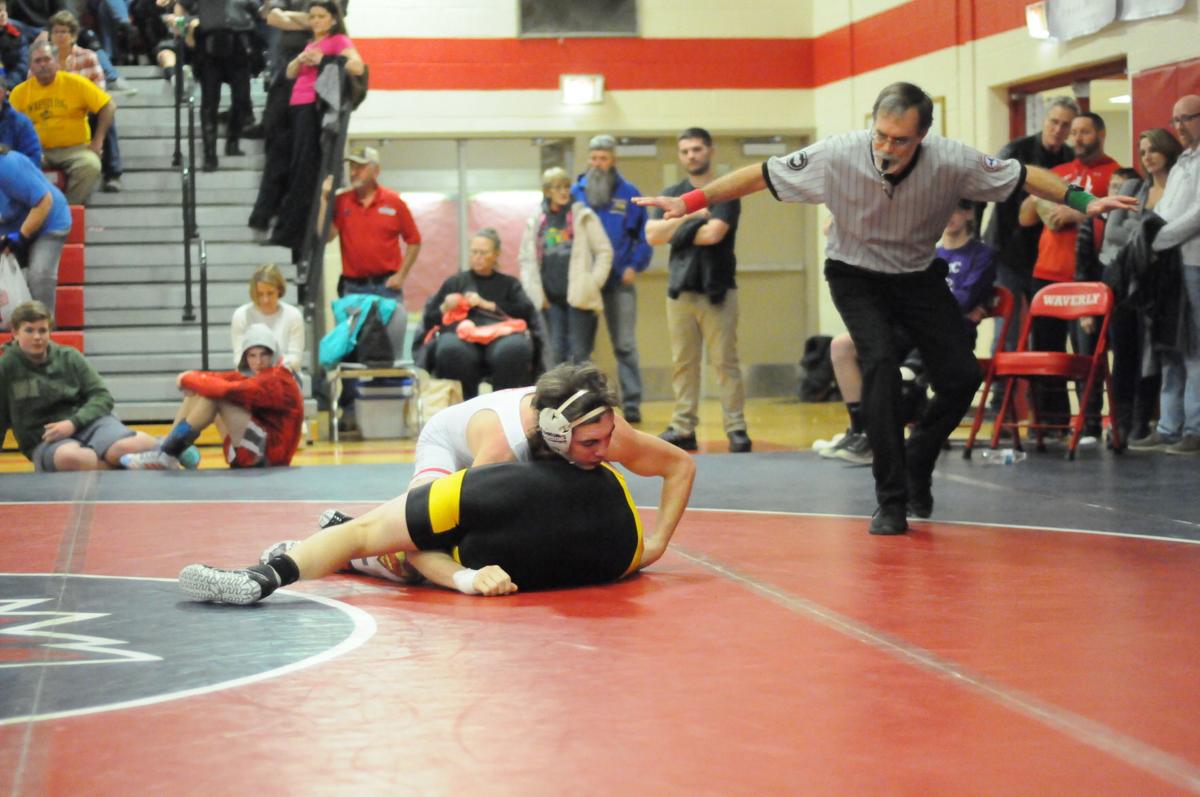 Ethan Stotler wrestles for Waverly at the Section IV Tournament on Saturday. 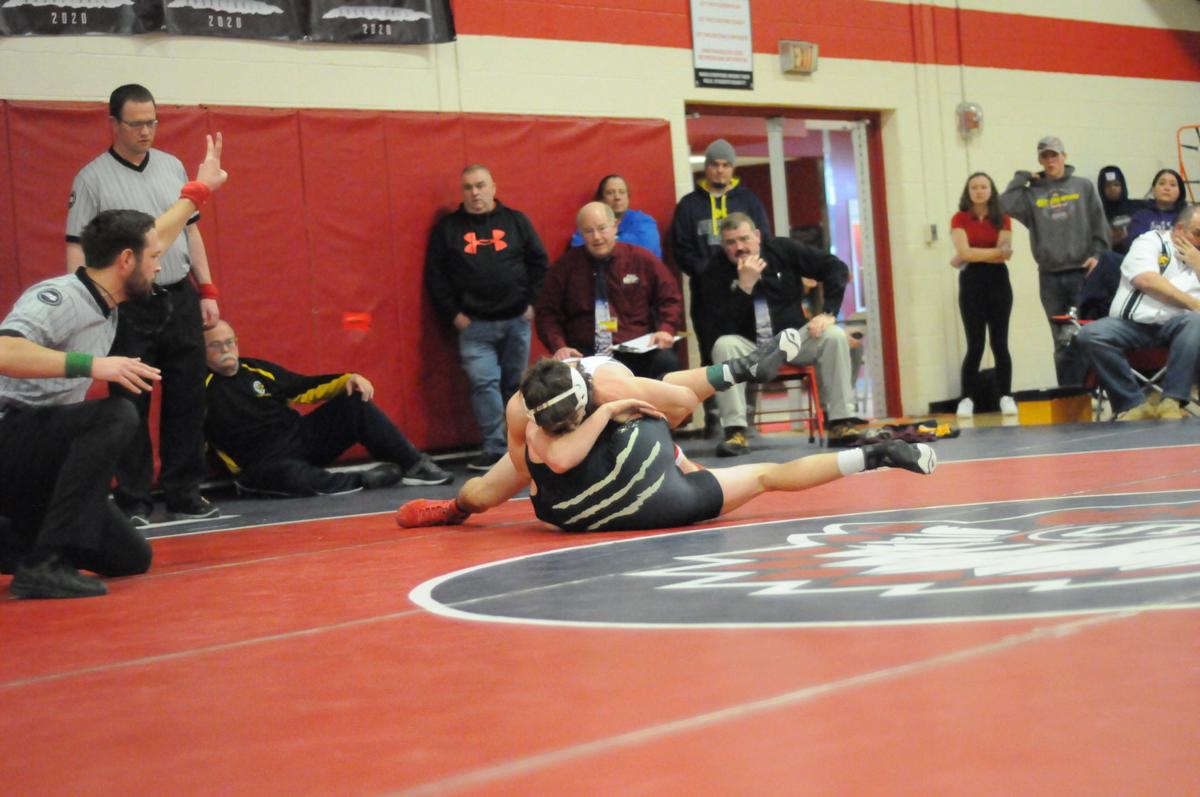 Ethan Stotler wrestles for Waverly at the Section IV Tournament on Saturday.

The Waverly Wolverines had two champions and two second place finishers at the Section IV wrestling tournament on Saturday.

Senior Garrett Skeens won his first match of the tournament by fall at 1:32 over Ryan David-Kadaronak of Maine-Endwell, then defeated SVEC’s Hunter Cleveland 13-6 in the semi-finals and pinned Whitney Point’s Kristian Nilsen at 1:00 in the finals to take the title at 138 pounds.

Ethan Stotler also won his bracket at 160 pounds with pins over Owego Free Academy’s Matt Gatto in the quarterfinals, Windsor’s Noah Yadlocky in the semis and Windsor’s Dave Flora in the finals.

At 106 pounds Connor Stotler took second place after defeating Windsor’s Noah Taylor by fall in the semis and falling to Owego Free Academy’s Matt Laubach, 12-5, in the finals.

Austin Kimble also took second for the Wolverines at 152 pounds after upsetting two higher seeded wrestlers in his first two matches. Kimble defeated Hunter Ballard of Whitney Point, 9-5, in the quarterfinals, then pinned Windsor’s James Hoover at 1:03 to reach the finals where he would lose 18-7 to Norwich’s Joey Marvin.

Also advancing to the state tournament qualifier for Waverly were Ryan LaForest who took fourth at 126 pounds and Gage Tedesco who took third at 182 pounds.

As a team, Waverly took third place with 151 points. Windsor won the tournament with 270.5 points and Norwich took second with 188 points.