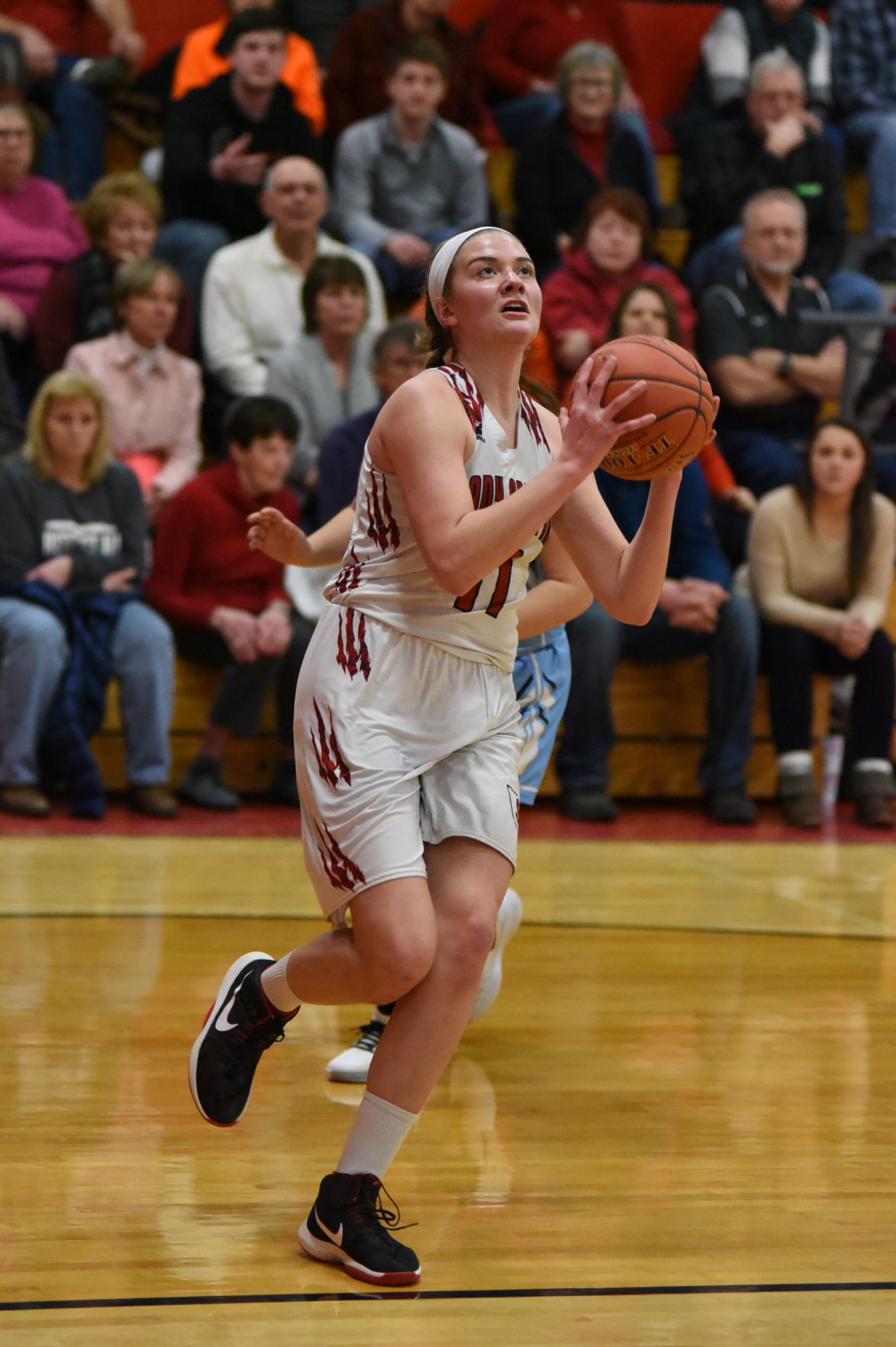 ABOVE: Sullivan County’s Jessica King goes up for a layup on Saturday. BELOW: King fights for a rebound on Saturday. 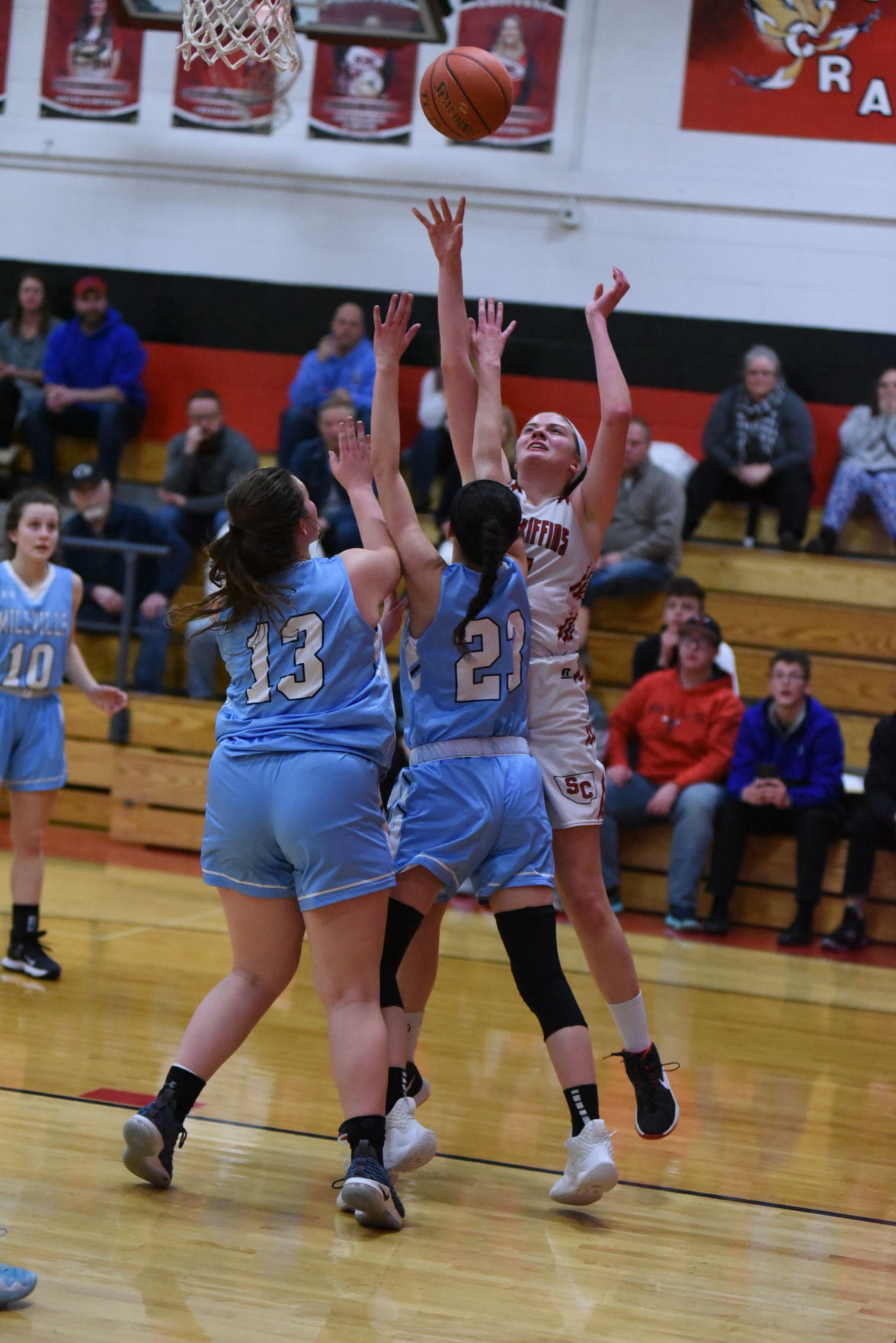 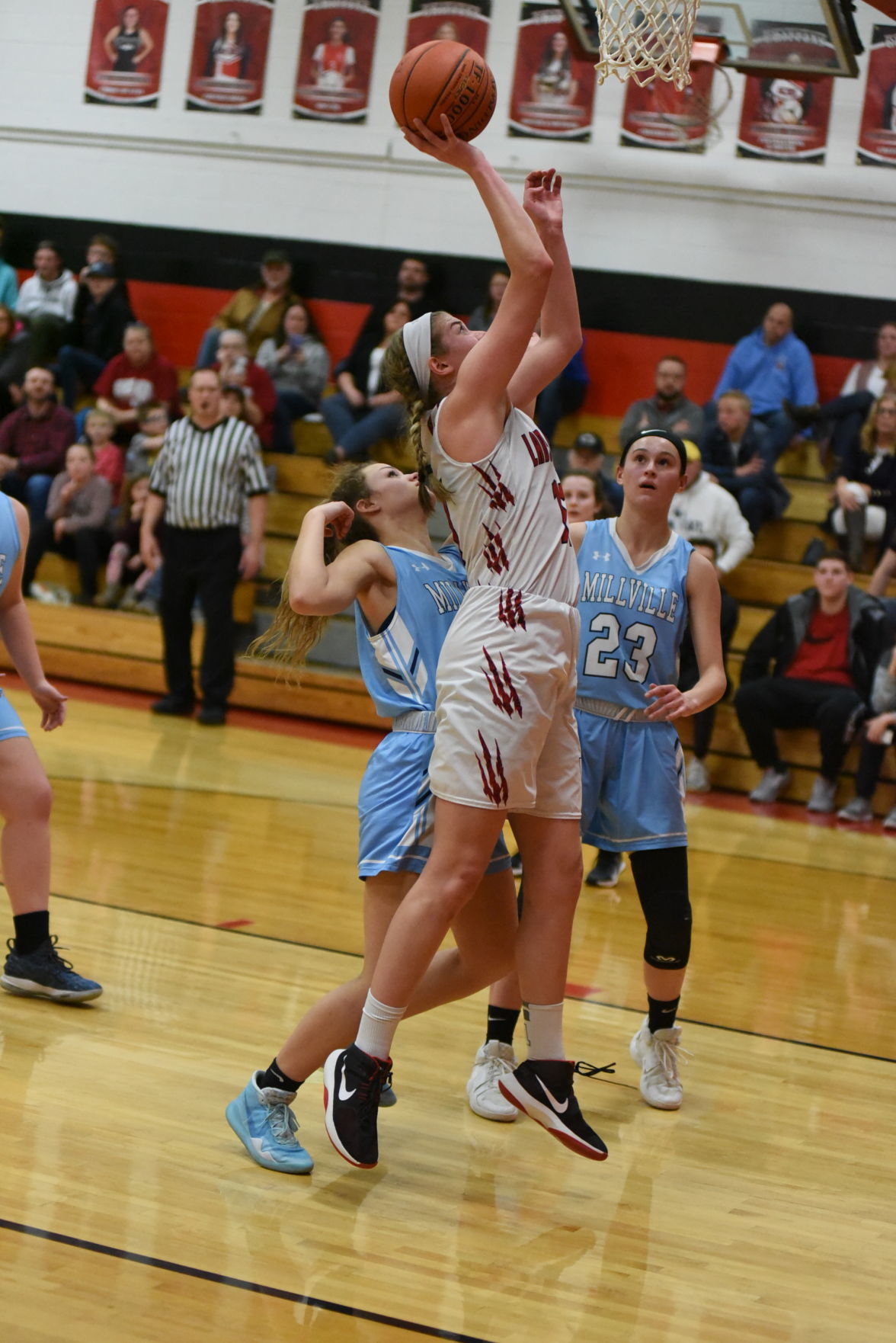 ABOVE: Sullivan County’s Jessica King goes up for a layup on Saturday. BELOW: King fights for a rebound on Saturday.

LAPORTE—It was a difficult situation at the conclusion of Saturday night as Sullivan County took on Millville.

Fans of the Griffins and teammates of Jessica King entered the contest with high hopes. King, who just posted her 1,000th career rebound earlier in the week, entered the game just 11 points short of 1,000. Every shot mattered and every miss brought more pressure.

It all added up to nine points for King and a loss for the Griffins as Millville took advantage of 16 points from Olivia Savage to slot a 42-35 win. King needs just two points to reach the milestone. She’ll get her chance Wednesday when the Griffins take on Wyalusing.

“It’s not a bad thing when you lose,” Sullivan County coach Kurt Parrish said. “You can learn off your losses. We’re going into the playoffs and it might give them a little more hunger for the ball. It hurt us tonight. We got careless with the ball tonight.”

Turnovers were the theme of the night for Sullivan County as it gave the ball away 27 times in the game. That included 15 times over the opening half as Millville built an early lead.

Alexa Rine hit a three and Savage posted two as the Quakers built a 12-4 lead through the first quarter. King missed all six of her attempts from the floor, but did grab three rebounds and block a shot.

“The 2-3 was our plan going in,” Millville coach Jim Dodge said. “We didn’t want to have her get some easy looks on the blocks. We were definitely keeping an eye on her, but at the same time Olivia Springman likes to penetrate. We had to make sure our guards would stop that penetration. Jessica is a great player and we had to keep our eye on her from the start.”

King started to get going in the second quarter when she found some room inside the paint. She made a basket and got the line twice, but still struggled as the defense collapsed down on her. Springman took advantage with a basket and three different trips to the line. The Griffins scored 10 points over the stretch, but Dodge hit a late basket to extend the Quakers lead to 20-14.

“I feel like that gave us a sign that we are capable of stepping up the challenge,” Jessica Dodge said. “That was the moment when we call geared in and we realized we could do it in the second half.”

“What hurt us tonight were the turnovers,” Parrish said. “You can’t do that, but we’ll learn off the loss. There were times we tried to forcing the ball in. The outside was open. Kassidy hit a couple threes. We played a tough game and never let up.”

Cathryn Brought led the Green Hornets to a 47-6 victory over Williamson with 20 points, seven steals, three rebounds and an assist on Saturday afternoon.

For Williamson, Liberty Jones and Lena Lewis each had two points and Alicia Walters and Kayla Burrows each had one point.