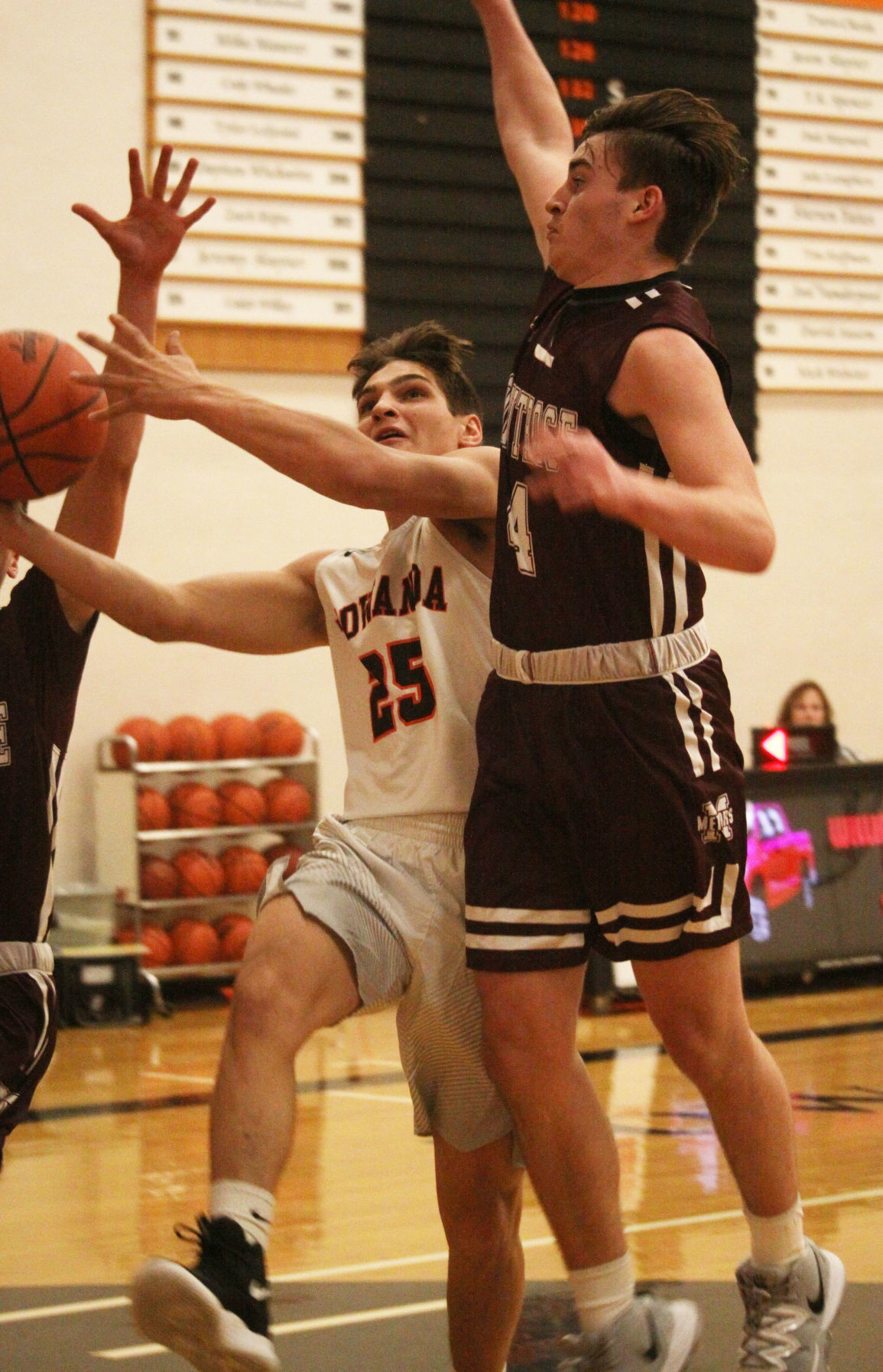 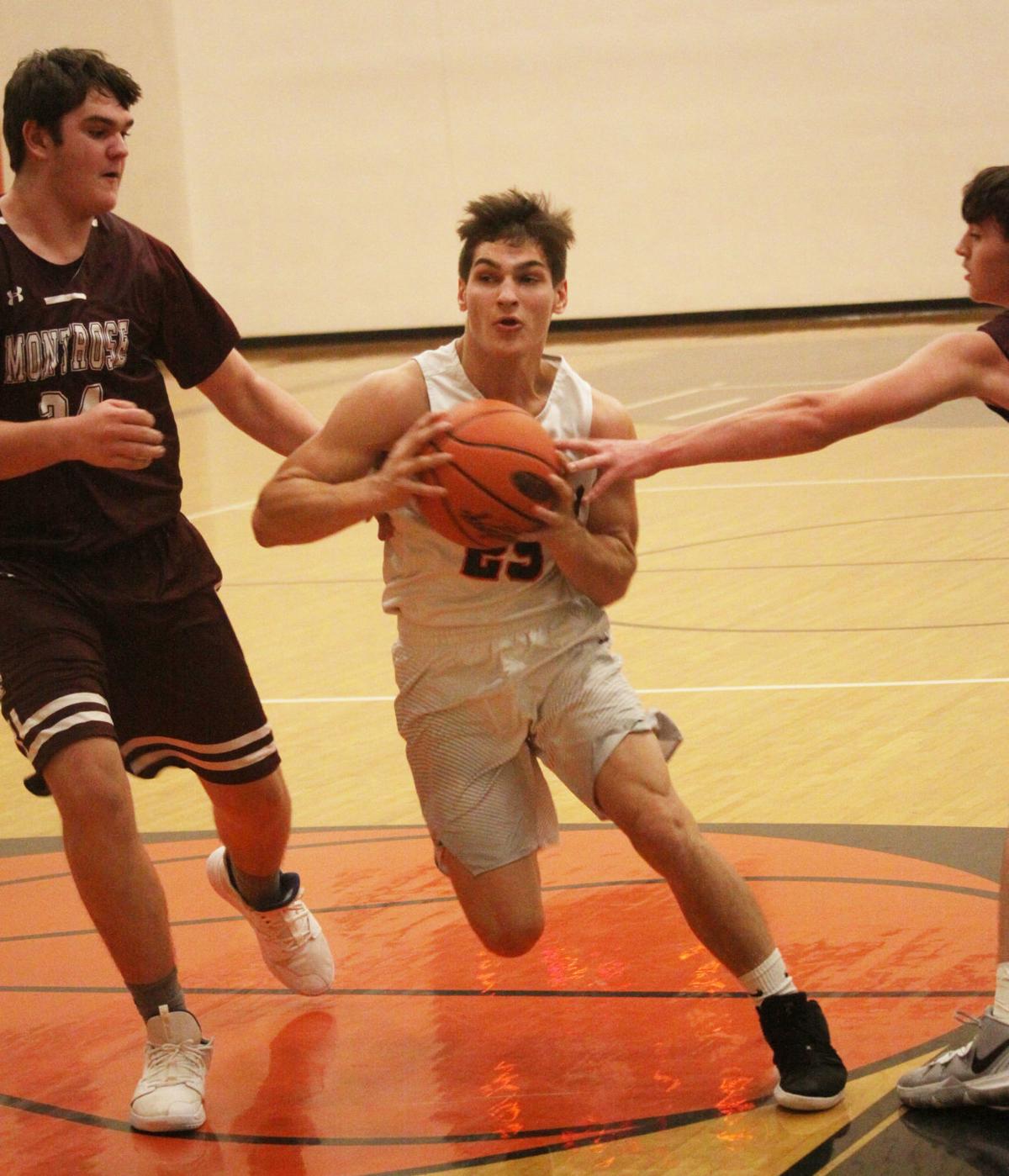 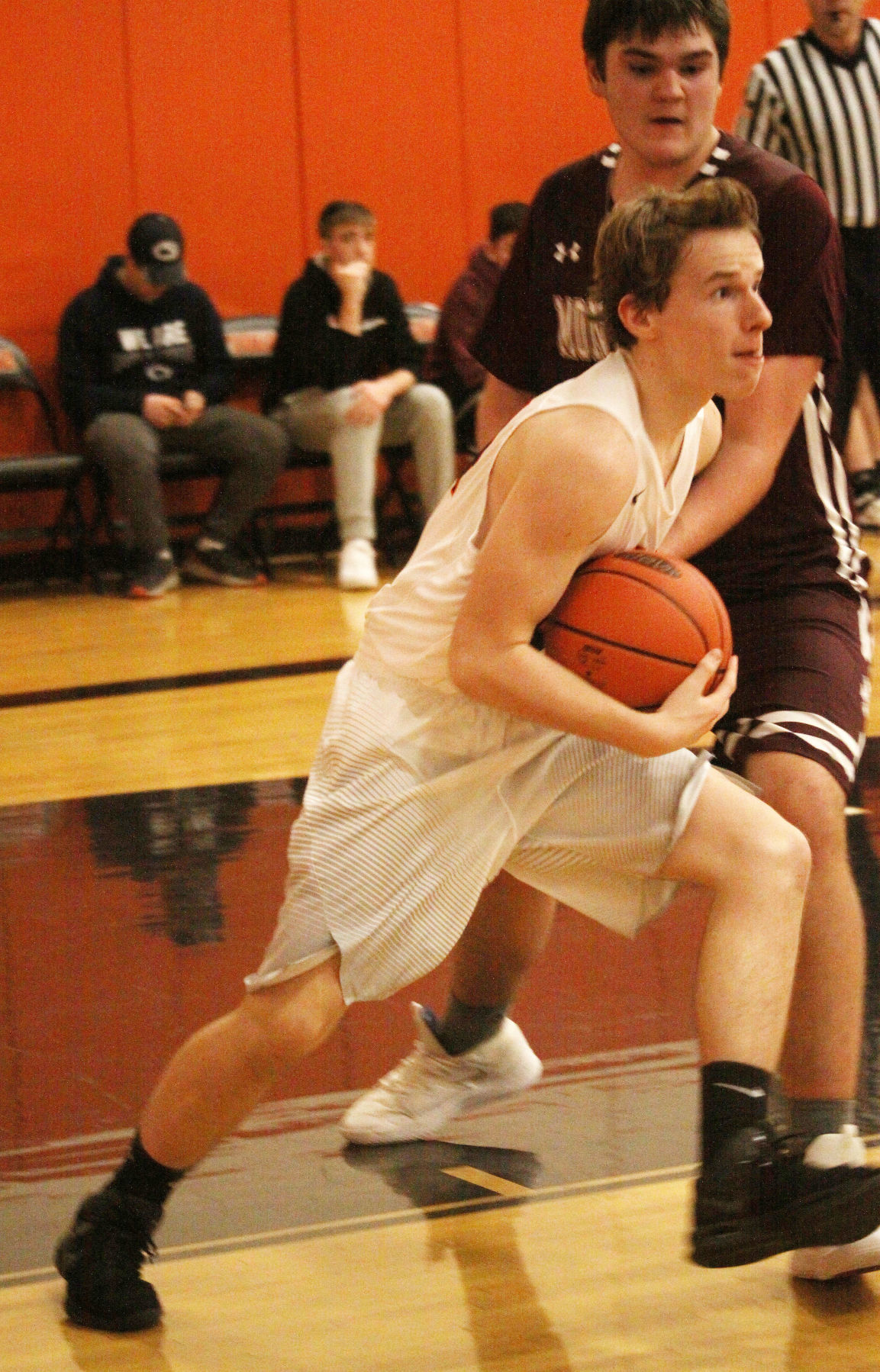 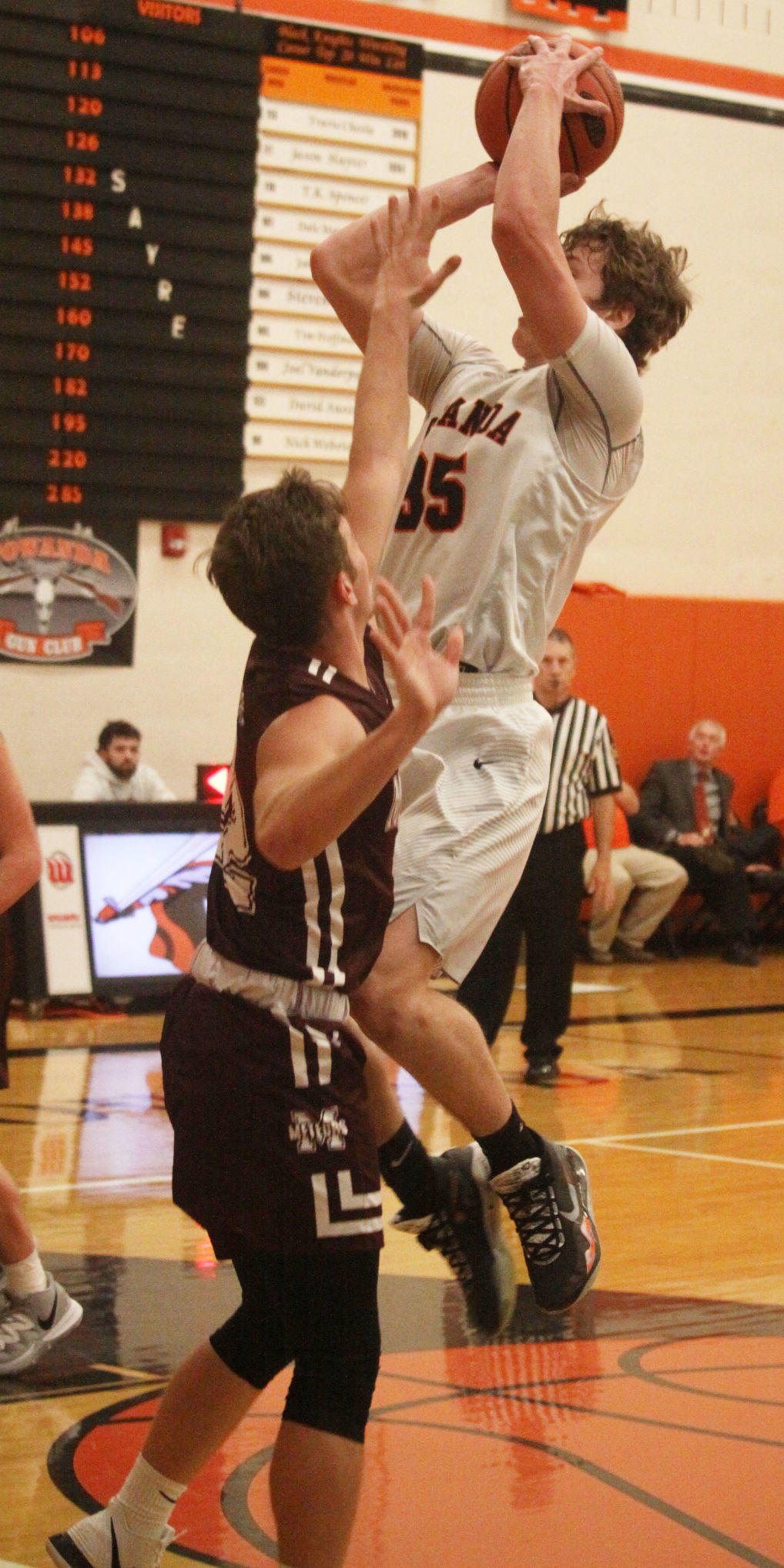 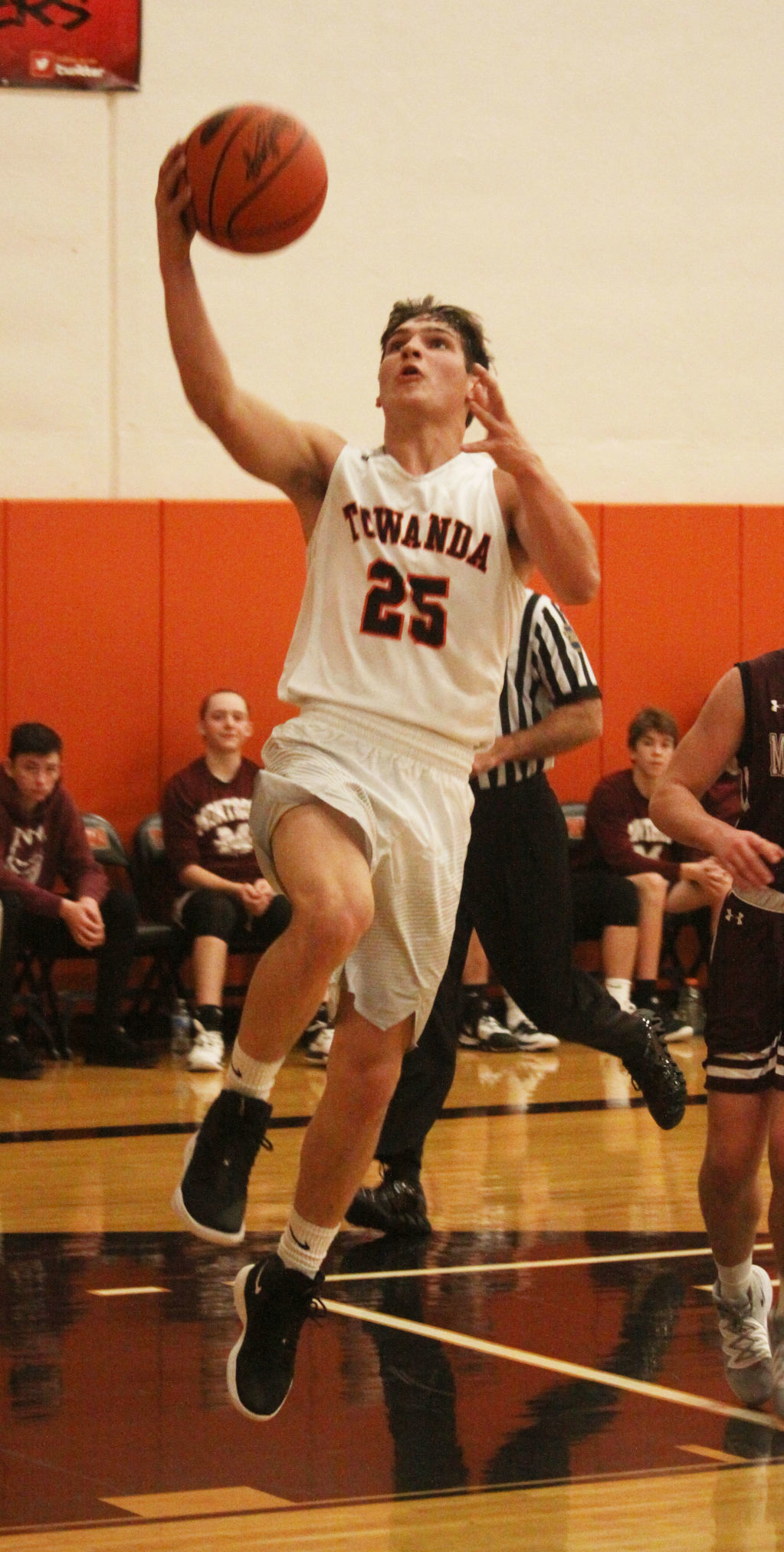 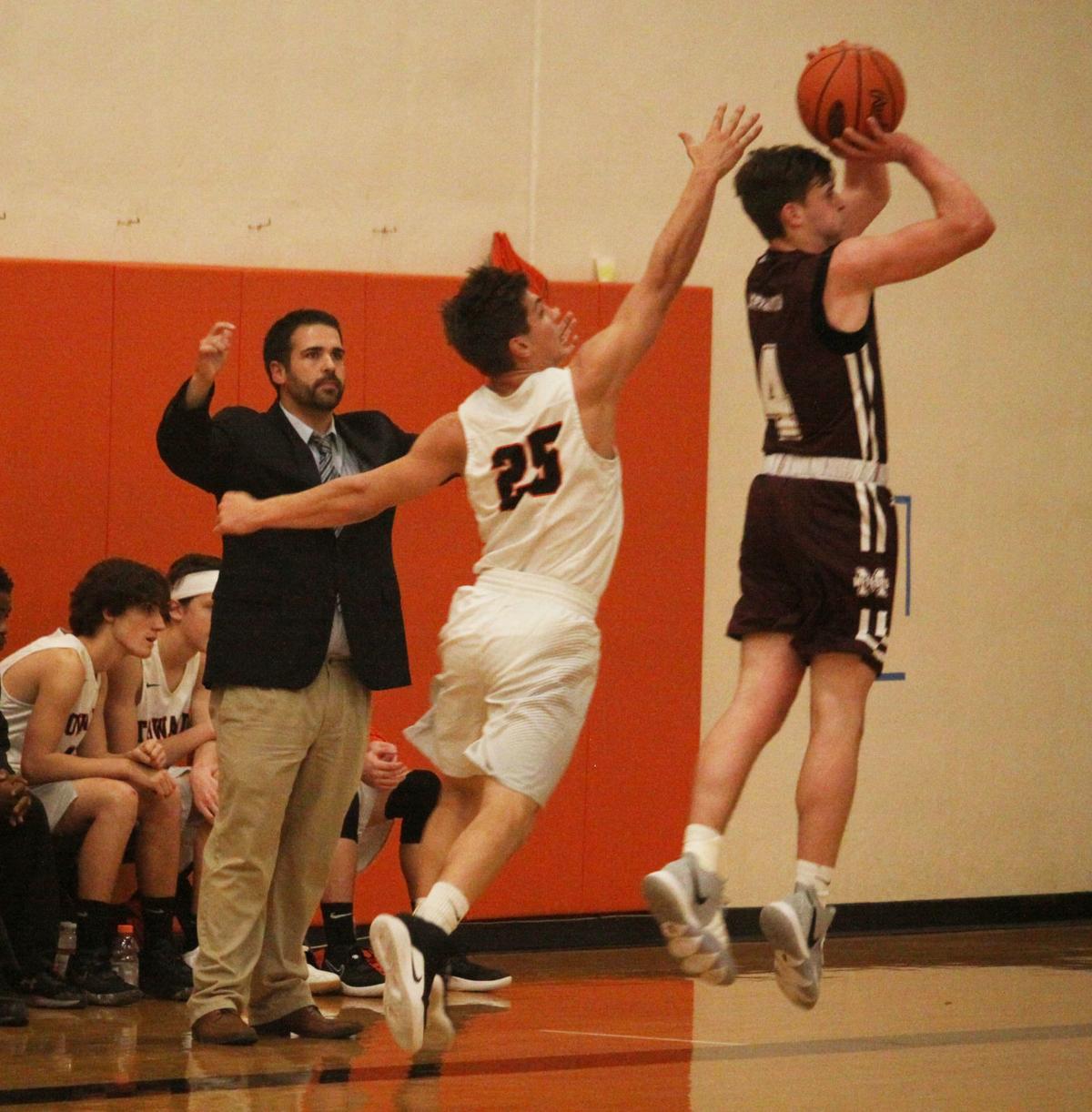 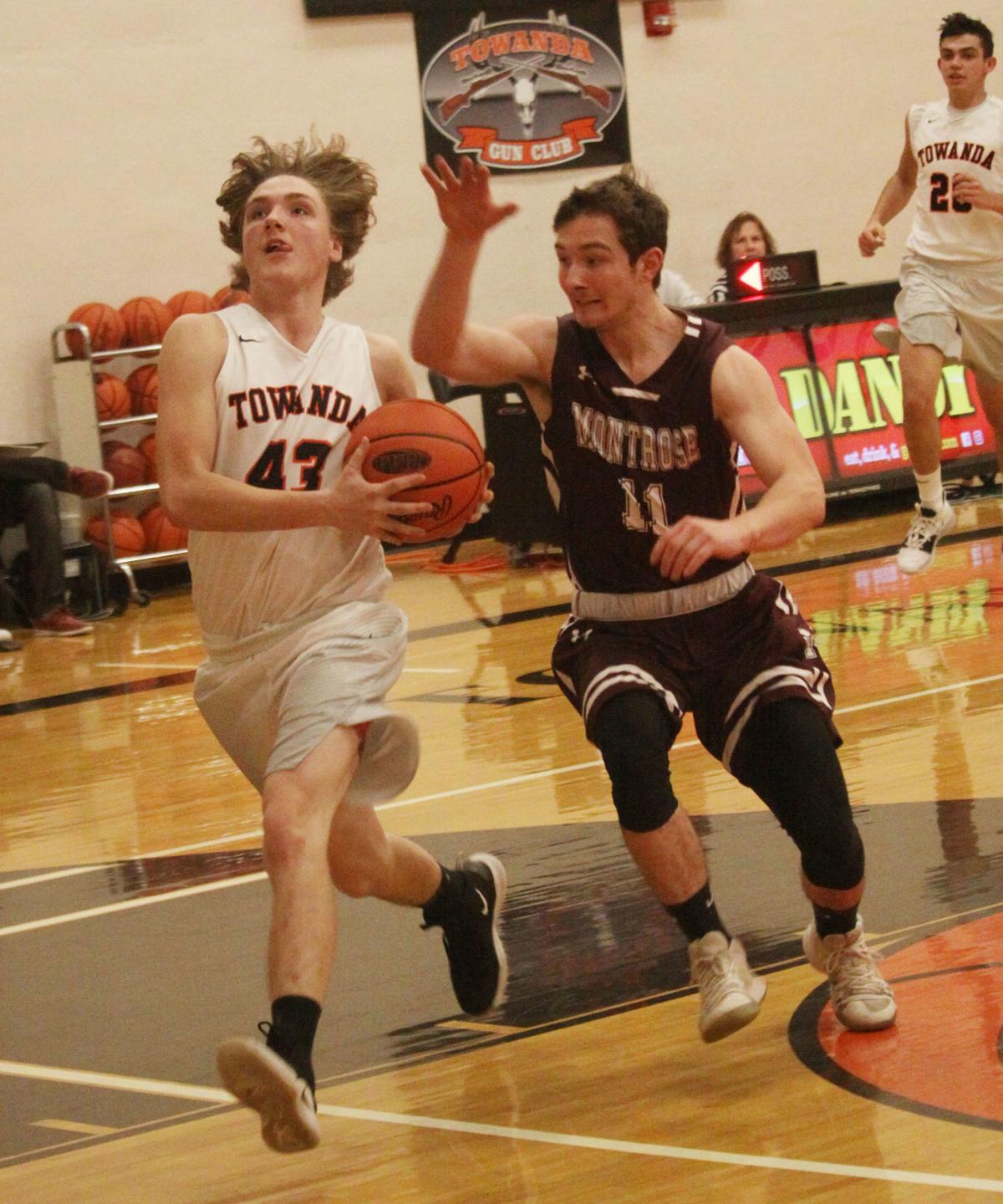 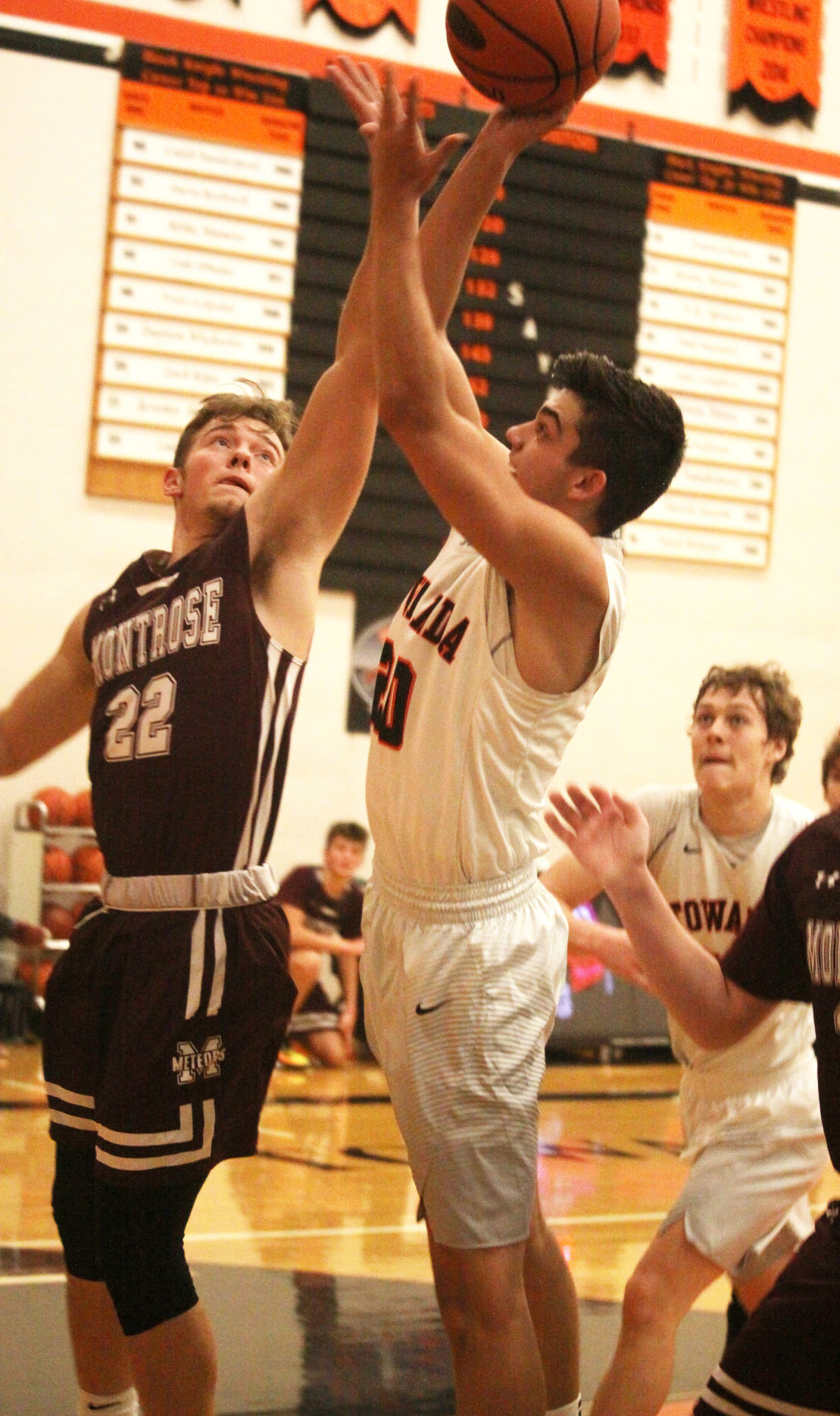 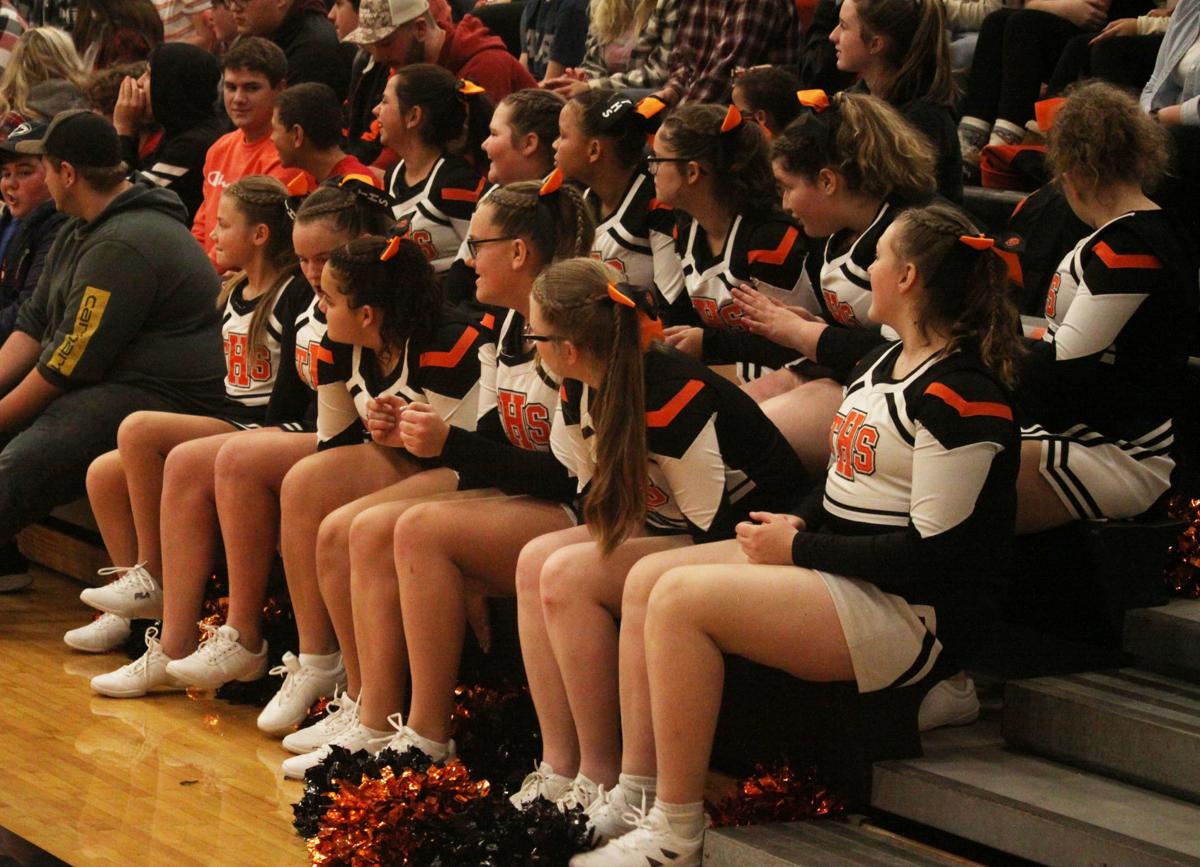 TOWANDA — Towanda boys’ basketball picked up a 54-37 win over Montrose in their home opener Monday.

On the strength of their defense Towanda jumped out to a 17-9 first quarter lead as Tanner Kunkle led the way with eight points.

Montrose’s defense was stout in the second quarter, holding the Knights to just six points, as they cut it to 23-18 at the half.

In the third quarter Kolby Hoffman went off, scoring all 13 of Towanda’s points, as they began to pull away from Montrose, taking a 36-25 lead into the fourth.

In the final frame the Knights secured the win with an 18 point fourth quarter.

Hoffman had a career high 25 points to go with six boards while Kunkle added 15 points and five steals.

The Indians were held to just six points in the final frame as the Panthers rallied to earn the non-league boys’ basketball win Monday.

A 24-point third quarter by the Indians gave them a 52-46 lead going into the fourth but NoPo scored 13 points to pull out the win.

NoPo’s Carter Anderson led all scorers with 36 points, including a perfect 13-for-13 from the free throw line.

Garrett Boyer had 19 points to lead the Spartans to the non-league boys’ basketball win Monday.

Dom Ayers rounded out the scoring with one.