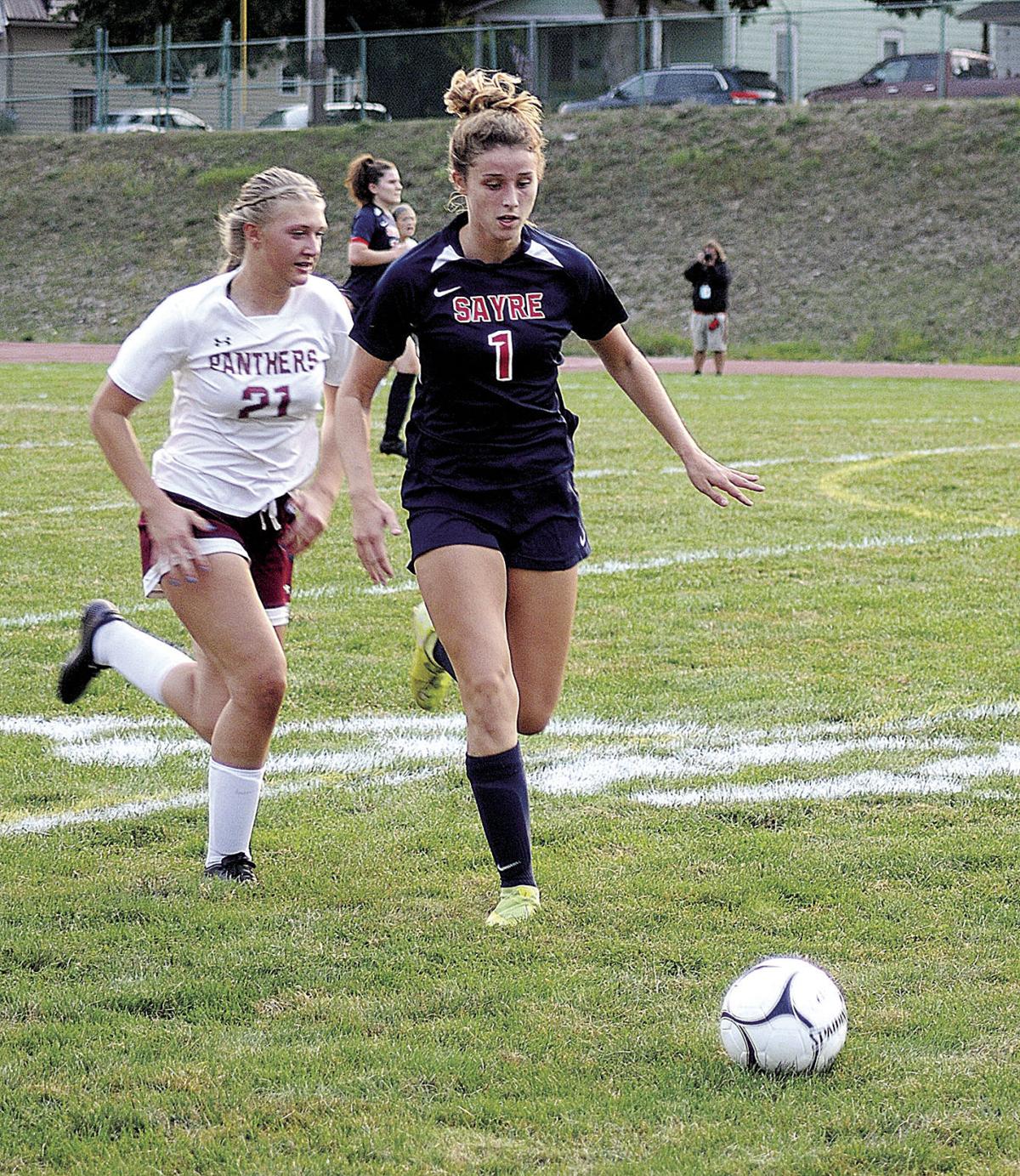 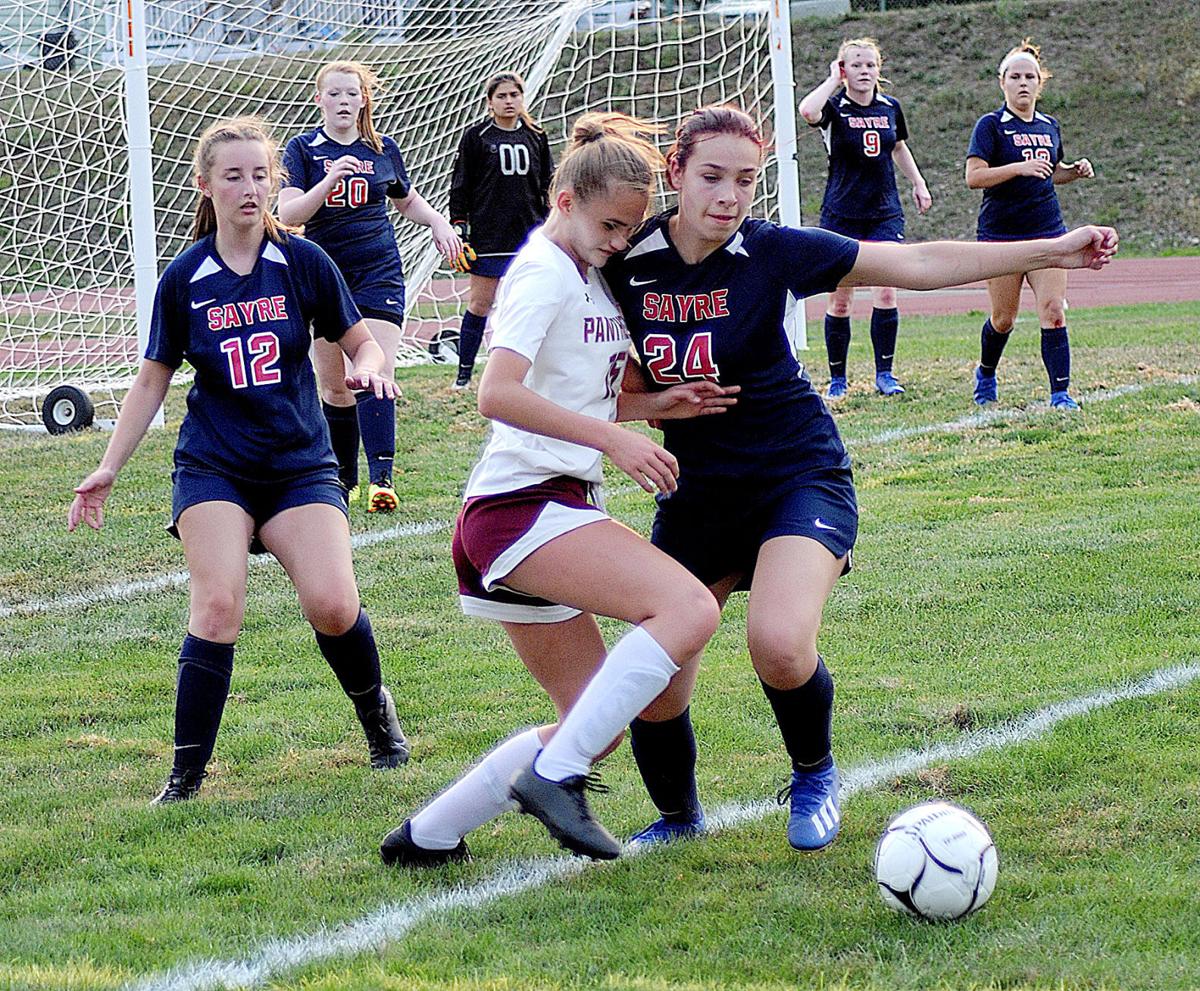 The Troy boys edged NEB 1-0 on a goal by Tanner Hodge on Wednesday.

After a scoreless first half, Wyatt Hodlofski found Hodge with the game winner.

Troy had 10 shots and six corner kicks and NEB had 20 shots and four corners in the game.

Hailey Jayne had a hat trick to lead Wyalusing to the win.

In the 28th minute Jayne scored and a minute later she assisted on an Olivia Haley goal.

Wyalusing had 22 shots and Williamson had five. Pearl O’Connor had three saves for the Rams.

The Redskins took a 2-0 lead and held on for the win on Wednesday as Kendra Merrill scored the game winner in the second half.

Merrill started things for Sayre at 12:21 off a Caprice Haney assist and on the Redskins next shot Haney scored her first varsity goal.

The Panthers got a goal from Kayleigh Thoman at the six-minute mark of the second half before Catherine Coles scored at 19:53 to make it 3-1.

Just 1:17 later the Redskins won it on a Merrill penalty kick.

NEB had 34 shots and 19 corner kicks and Sayre had four shots and no corners.

Adrianna Barnhart had 18 saves for the Redskins and Ciana Frisbie was in net for the Panthers.

“Well it wasn’t pretty but it was a win, and I’ll take it,” Sayre coach Tracy Mennig said. “They gutted it out right to the end. Only 11 the full 80 minutes and they fought for it. As you can see we made the most of our opportunities. My freshman (Haney) showed great composer tonight. Adrianne had another fantastic game in the net and with a little help from the goal posts a few times. Lauran (Krall) had a great game defensively as well.

The Panthers were happy with the effort in the loss.

“Our Lady Panthers came out strong and dominated with shots on goal,” NEB assistant coach Michele Cowles said. “We improved with defending, but struggled with finishing the ball.”